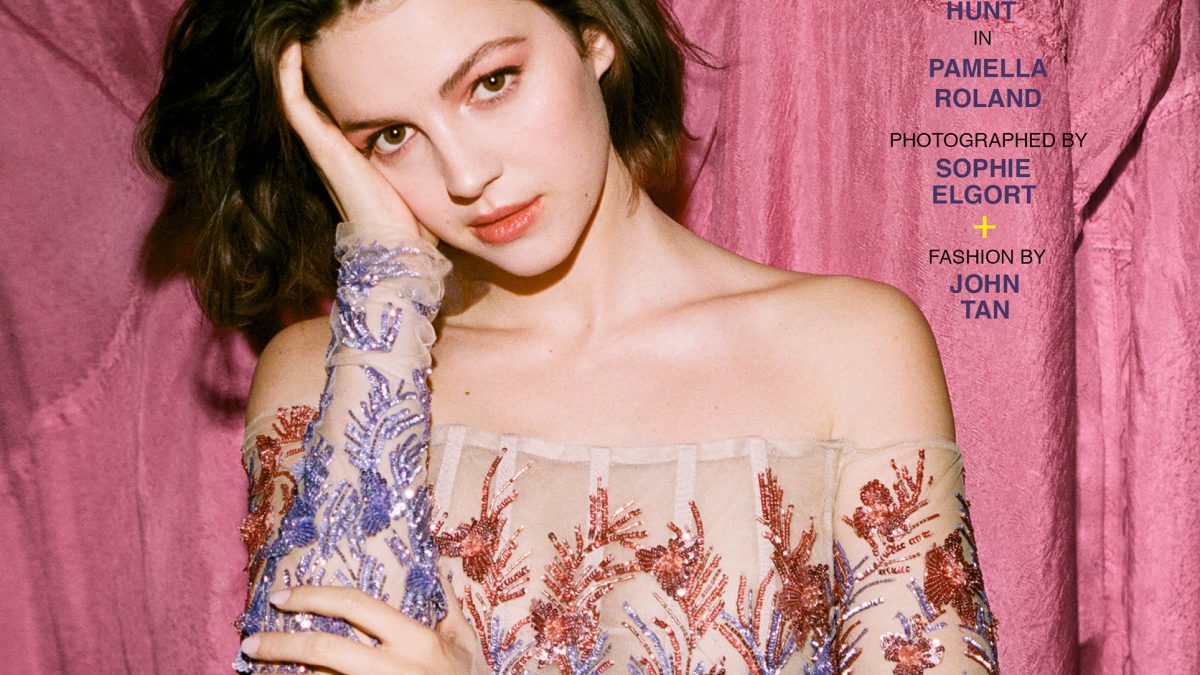 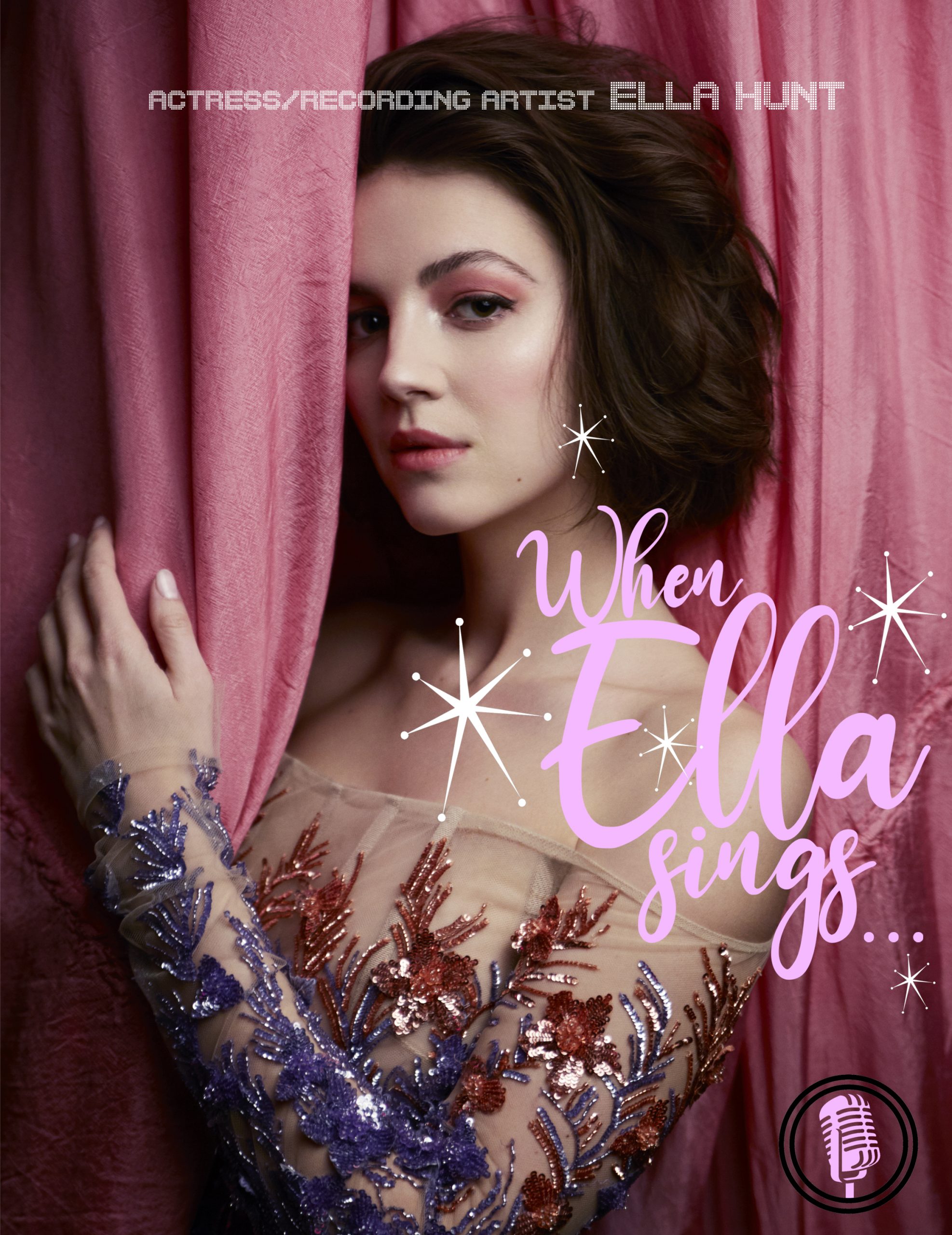 A few days after our shoot, Ella stopped by my place with a new hair color (for an upcoming role) so I could take a few quick snaps of her. While she was here, we listened to one of her new tracks and then started chatting. She’s so easy to talk to, comfortable with herself, and charming that I forgot to turn on the recorder for quite some time. By the end, I had learned about how she got into acting and music as a kid, the story of how she got discovered, a few of her favorite roles she's ever played and why and a little about the current album she’s working on. Oh and we even decided to make a music video together. 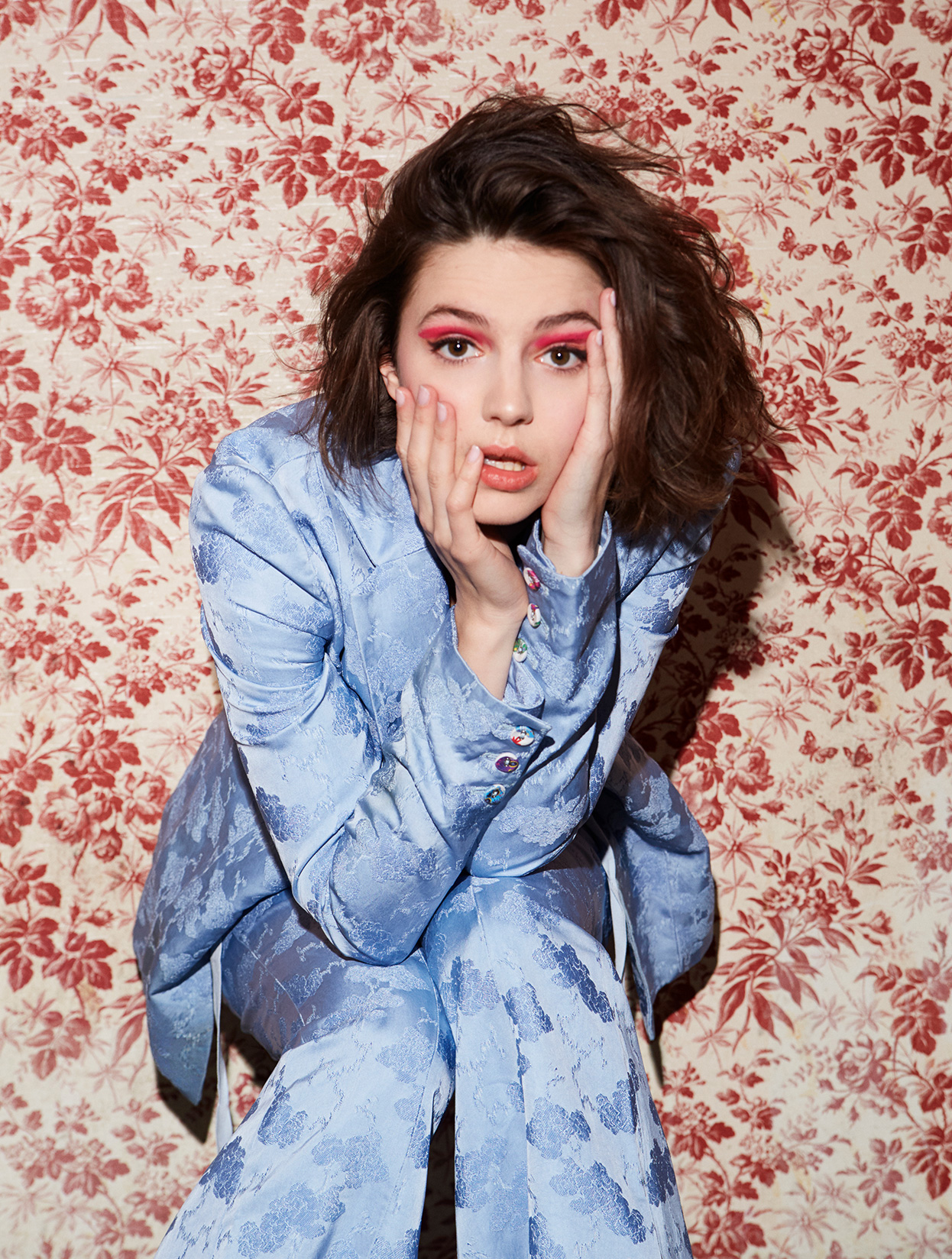 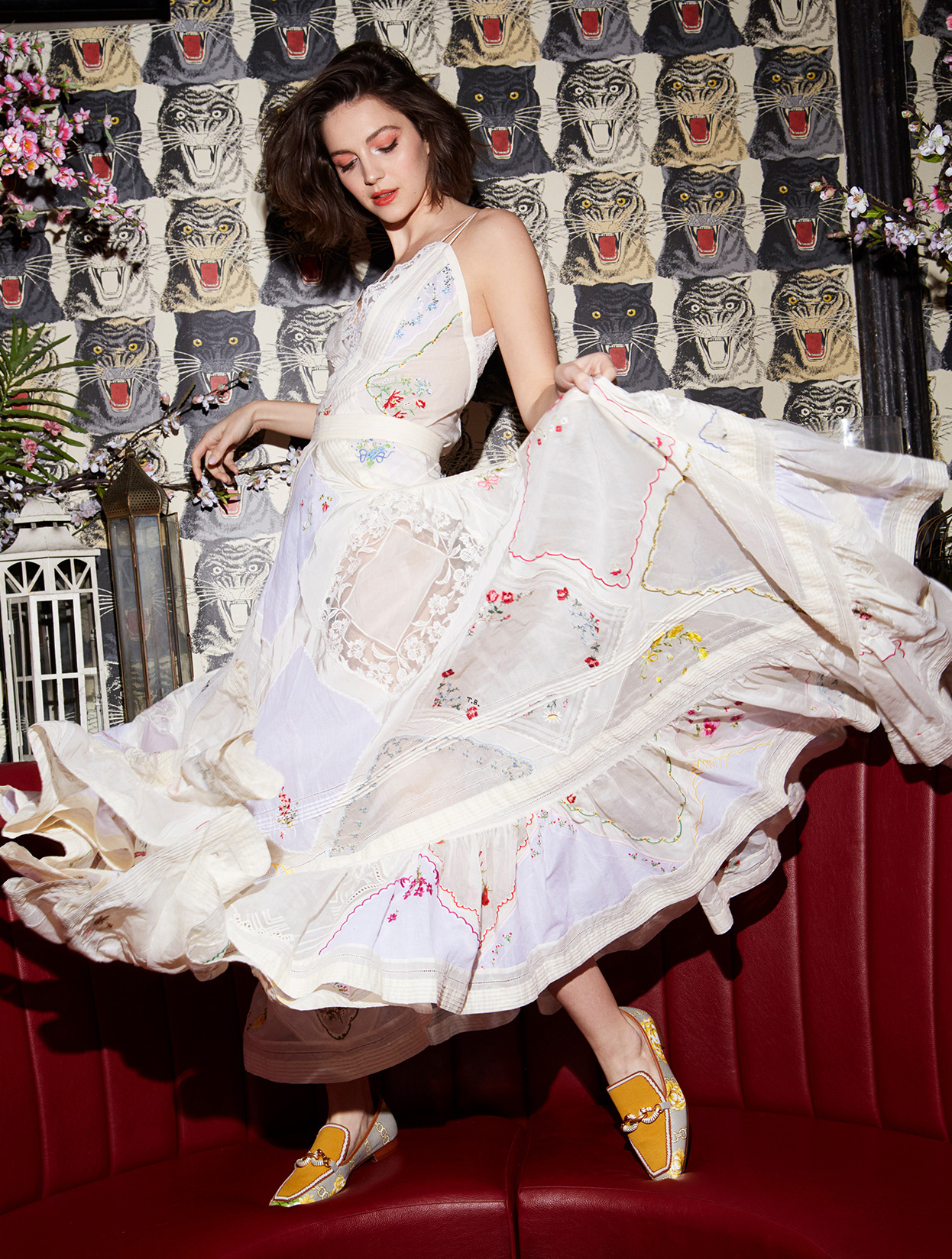 Dress and loafers by TORY BURCH

Sophie Elgort: Growing up, what were your hobbies. What did you love doing as a kid?
Ella Hunt: I grew up super rurally in North Devon on a farm with my two (very tall) brothers and parents. We had dogs and we lived on a farm and I just spent most of the time out in the field in front of my house. I spent almost all day outside in my own world. When I wasn’t outside, I was putting on shows for my parents. My parents encouraged all of us to make art. I’d been in singing lessons and piano lessons for years (though I really struggled with piano because I’m dyslexic and I saw the sheet music backward), but then they got me a piano for my 10th birthday and I started writing music. I started songwriting and the piano became a different tool - it wasn’t about reading someone else’s music, it was about following my ear. So really, music and putting on shows for my family was how I spent my time as a kid. 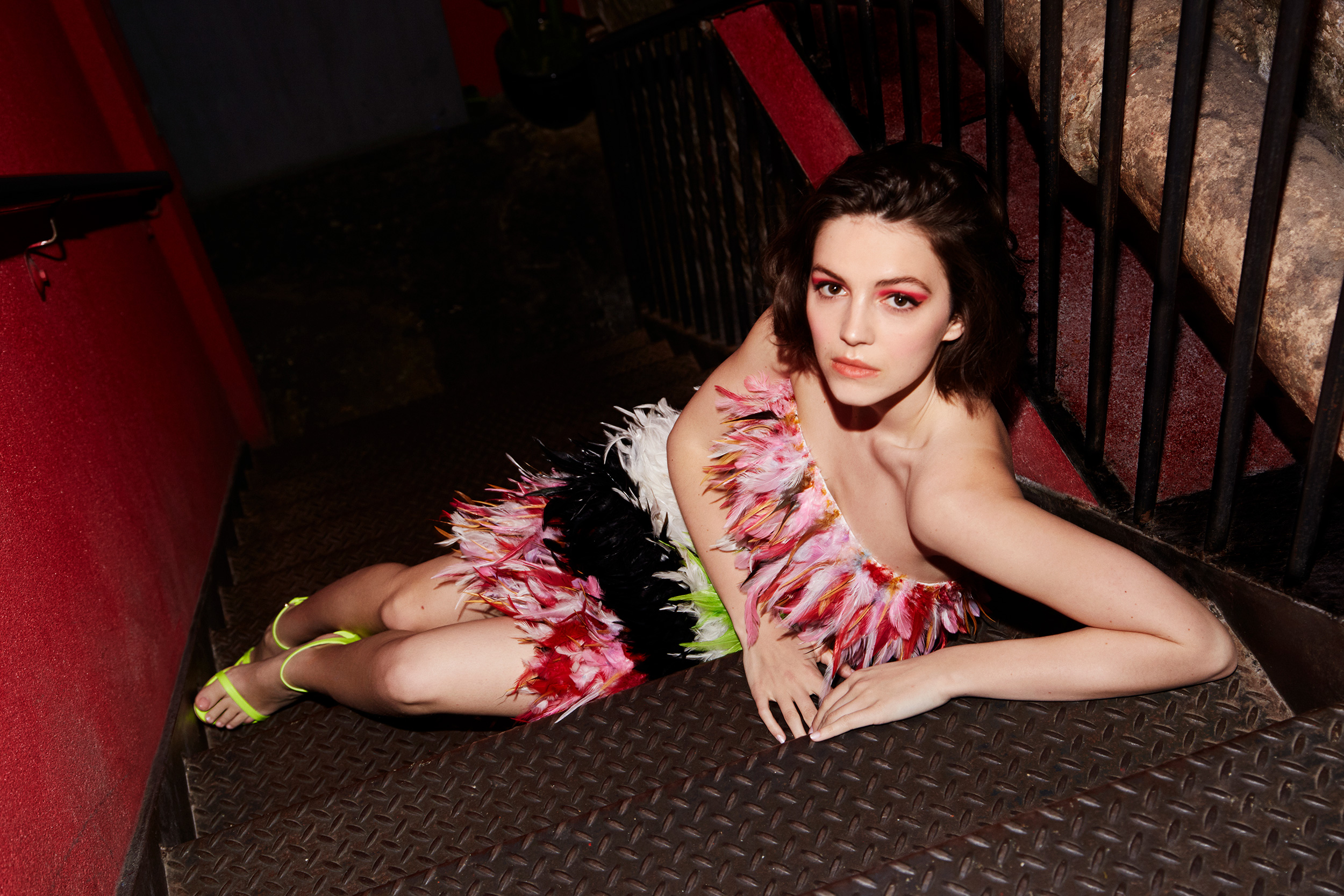 SE: Makes sense why you are passionate about both music and acting.
EH: And in school, the only subjects I really enjoyed were ones that were about stories and unpicking stories. Whether history class or English lit class, I enjoyed text analysis. So when I started acting, I was really young because I was spotted randomly in a school production.

SE: Do you remember what production it was?
EH: Oh, this is a story I’ve told so many times! I was doing the Macado, which is a Gilbert and Sullivan production, and I was playing Katisha - this older scorned woman of the story, a very comedic character. I was wearing a fat suit. And I didn’t know that the boy who I was playing opposite, his father happened to be an agent. And he saw me and approached my mom after the performance and said I should act. I was ten.

SE: So then did you start doing other projects right away?
EH: I started going for auditions, just every so often because I lived in Devon and auditions were in London so it was a train journey to get there. My mom would come with me on the train obviously since I was a child and she taught me how to act - she was an actress. So she would teach me on train journeys up to these auditions and her approach was all about text analysis. 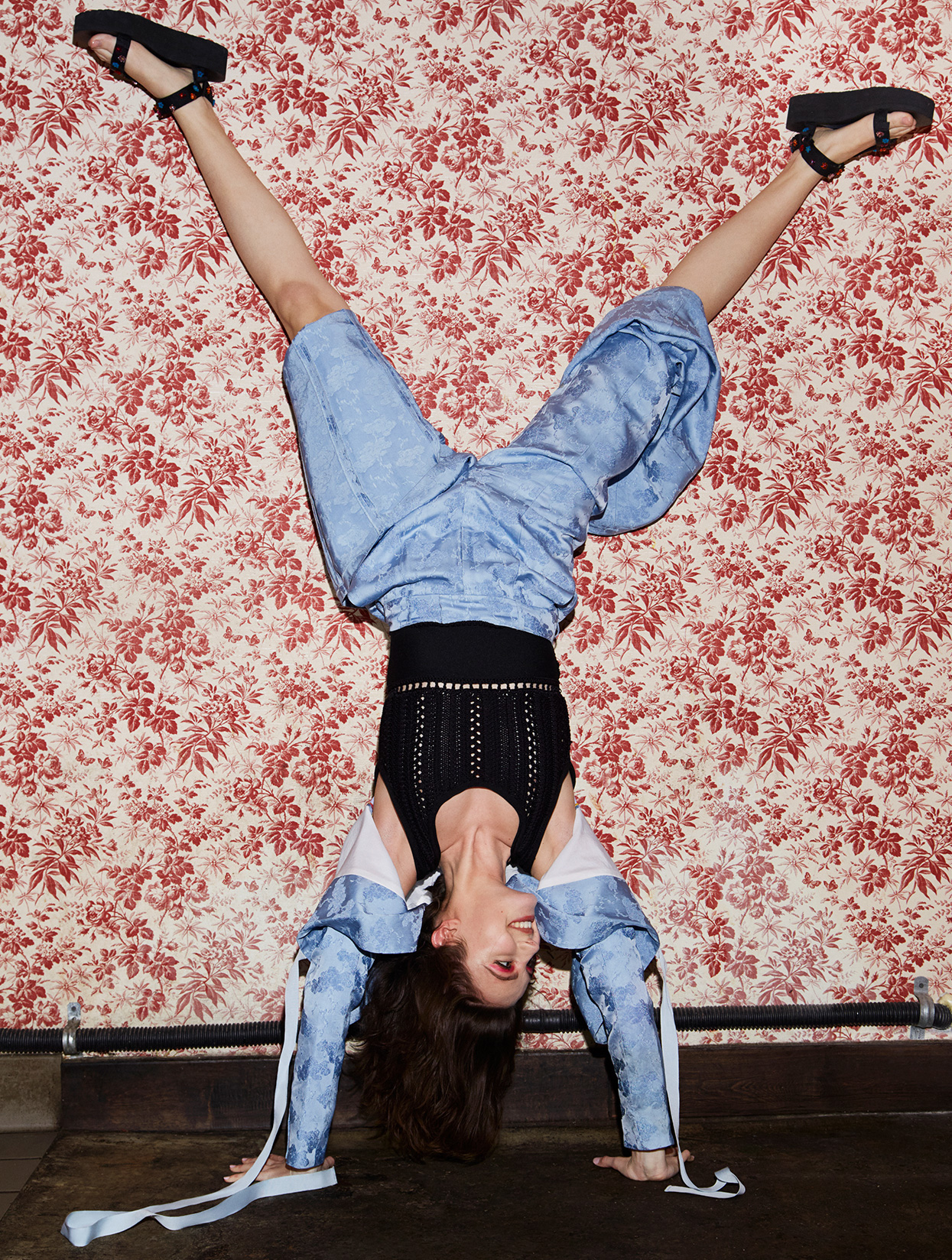 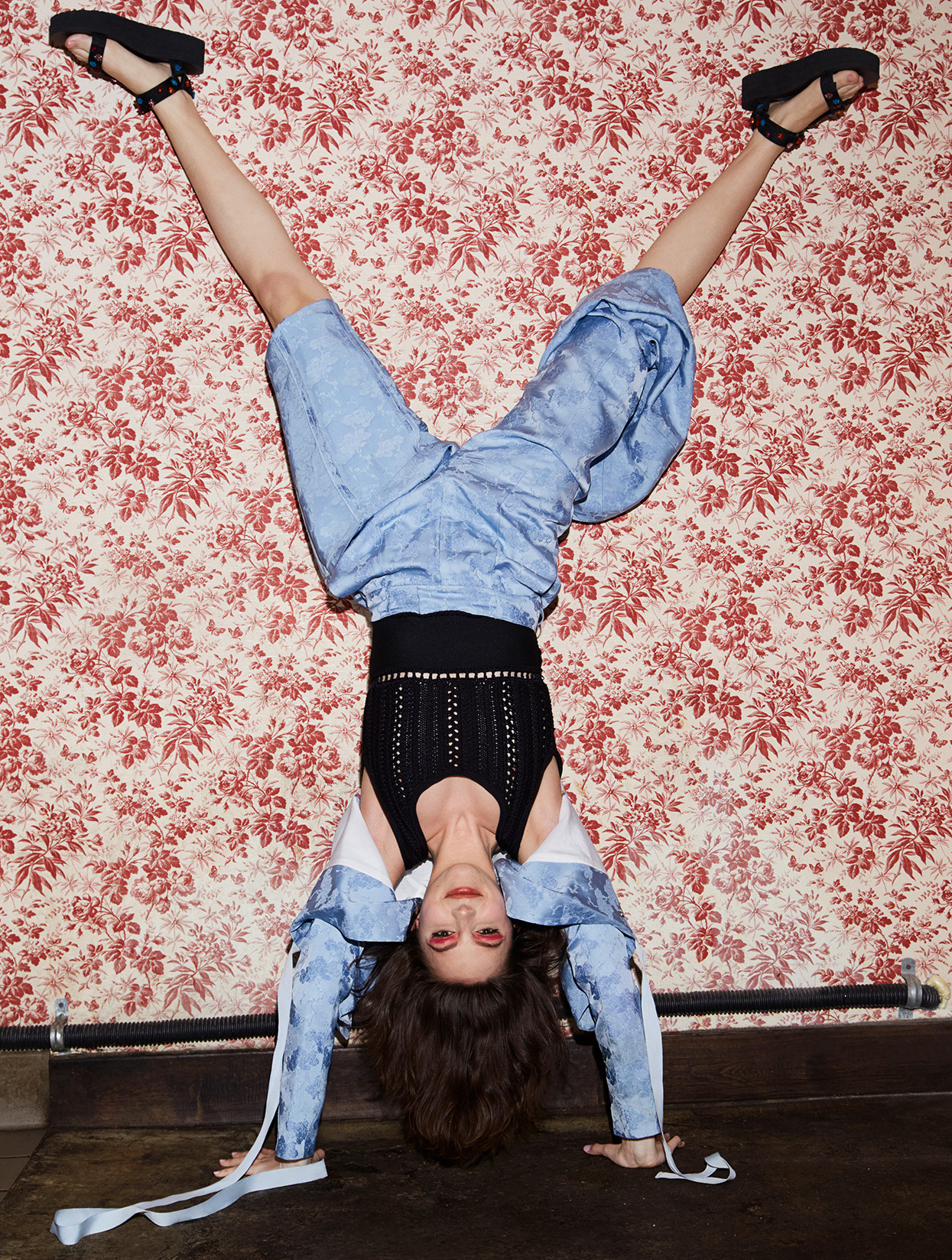 SE: So what’s one of your favorite roles that you have played. Ever.
EH: Ah that’s tricky.

SE: Ok one of them then, because I’m sure you have many.
EH: Dickinson Season 2 particularly, where the character goes is really fun. This season of shooting Dickinson has been some of the most fun, if not the most fun I’ve had acting. So I did a film that nobody’s seen, a tiny British indie film when I was 18. It was my first outright lead. And it’s set in the 80s about a young girl struggling to connect with her mentally ill mother. She’s basically her caretaker. They live very rurally up north, she’s super isolated and becomes obsessed with Morrissey and the Smiths and that’s kind of her escapism and her way out. It’s a really touching funny story, but at the heart of it, there’s this miserable teenage girl that I was playing. It’s called The More You Ignore Me. It was a wonderful character to dive into. And my research was talking to young carers, and I just had no idea the lives that these young people go through. And as a young person, you don’t realize that hiding all the knives and scissors from your mother is not a normal thing until you probably go into high school and start hanging out at other peoples’ houses and thinking oh wait, everybody doesn’t have to pick their mom off the floor when she’s blind drunk and get them to bed? So it was an amazing job to do to learn about those lives. I don’t know whether you’ve ever had that with photography, where you’ve attacked a subject that you never would have learned about. 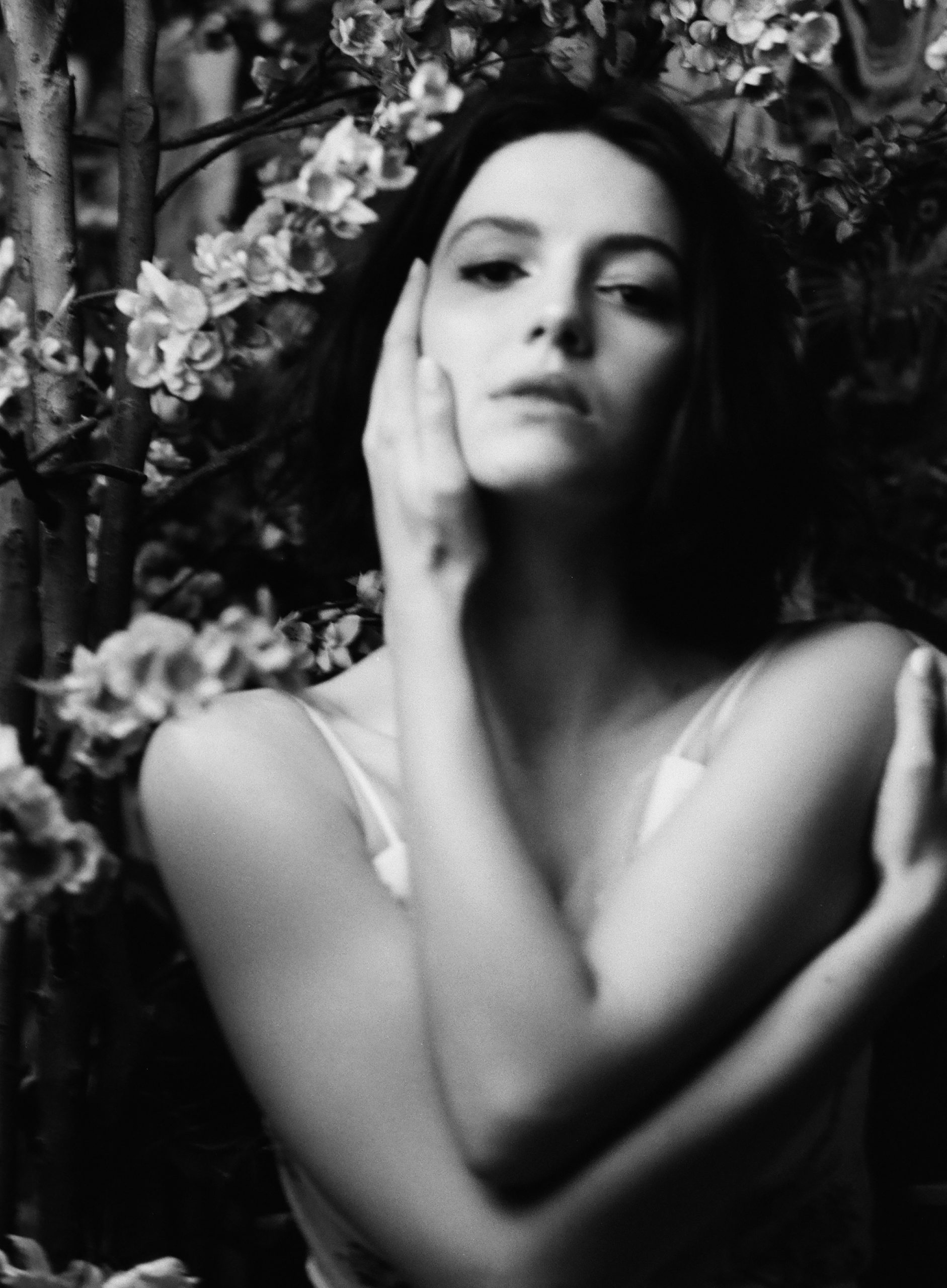 SE: I wanna do more short films, but they’re mostly fashion films. I really want to do more narrative shorts. I want to tell stories through film, which is a different thing. So you’re working on music as well right now, and you are doing it in your own way you said.
EH: Yeah, when I started recording I said I didn’t want to get a label or a manager involved because I wanted it to be my own artistic experience. I wanted to feel like I was completely in control. It’s an album I’ve been dreaming of making since I was like 14.

SE: Did you write some of these songs over time?
EH: Some of these songs I wrote as young as 15/16, the bulk of the songs actually are more recent. There is a sort of chronology to the songs and a looking back over the last few years. It’s about being a young adult and all of the things that go with it. 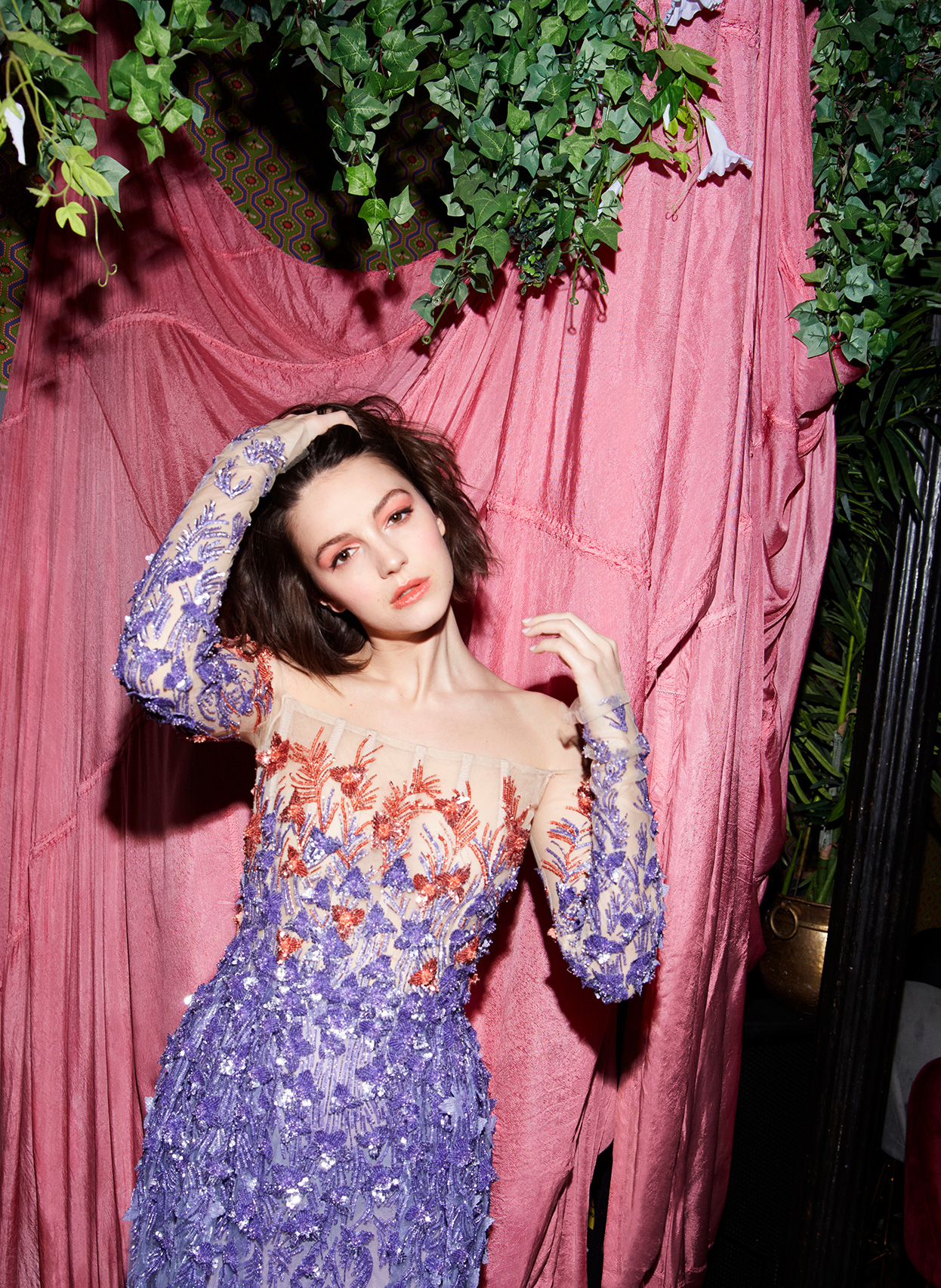 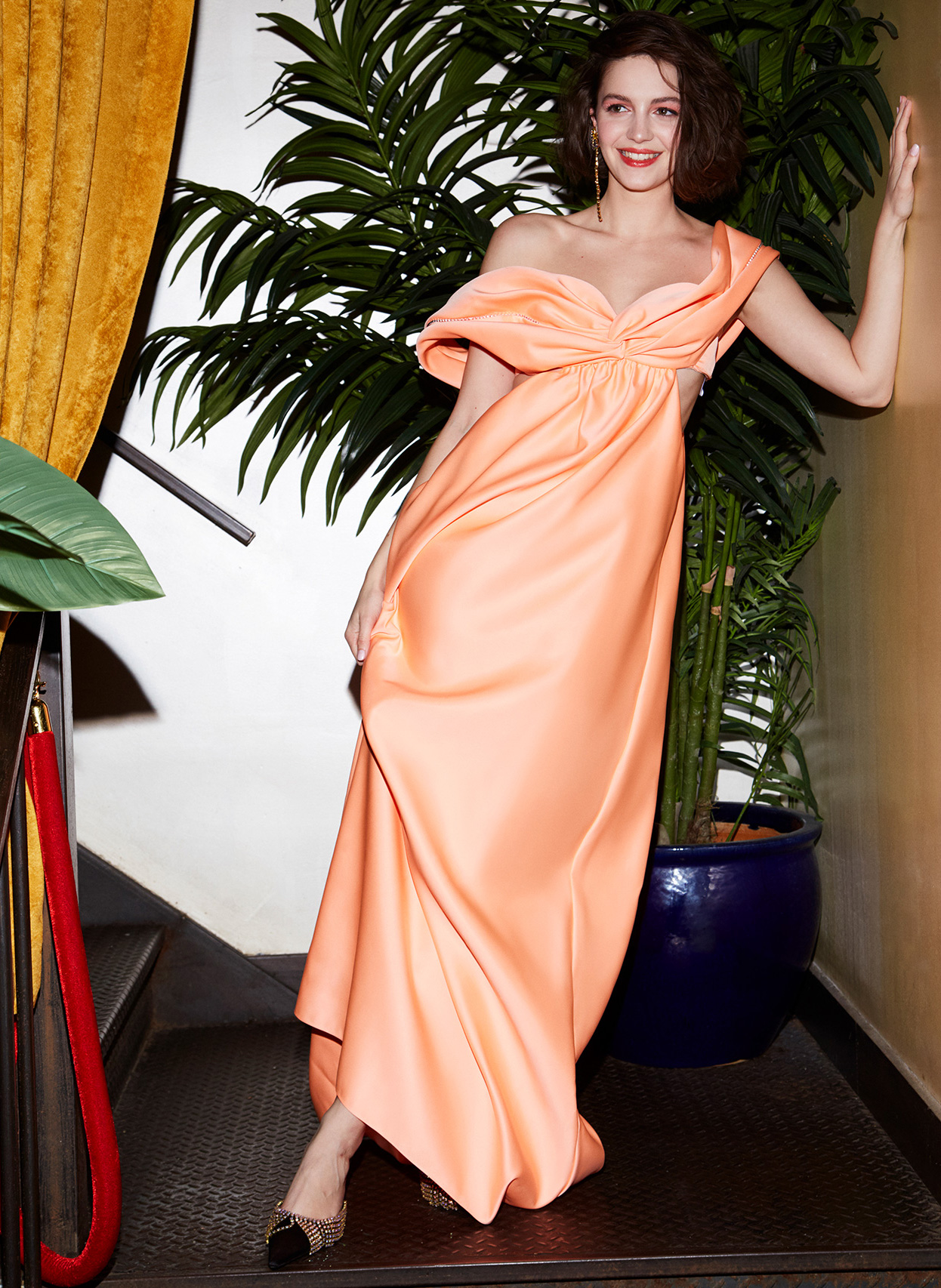 Gown, earring, and shoes by AREA

SE: Do you have any idea at all when it might be able to be heard?
EH: Hopefully sometimes this year. We’re knee-deep into the mixing process now, so we’re properly far through this project, it’s just that because it’s such a labor of love and something I’ve wanted to do for so long I just want to release it in its most perfect form with the right people behind it. You know what it’s like. It’s exciting. It’s what makes me happiest. And it makes me happy on my own so if I’m putting it out to the world, I want to be really sure that what I’m putting out into the world is exactly what I want to say. It feels much more like being an artist than being an actress, which is selling somebody else’s art and which I love doing. It’s so thrilling knowing that I’m telling the story that I want to tell. It’s my words and it’s my experiences, but it does make it very personal and scary. 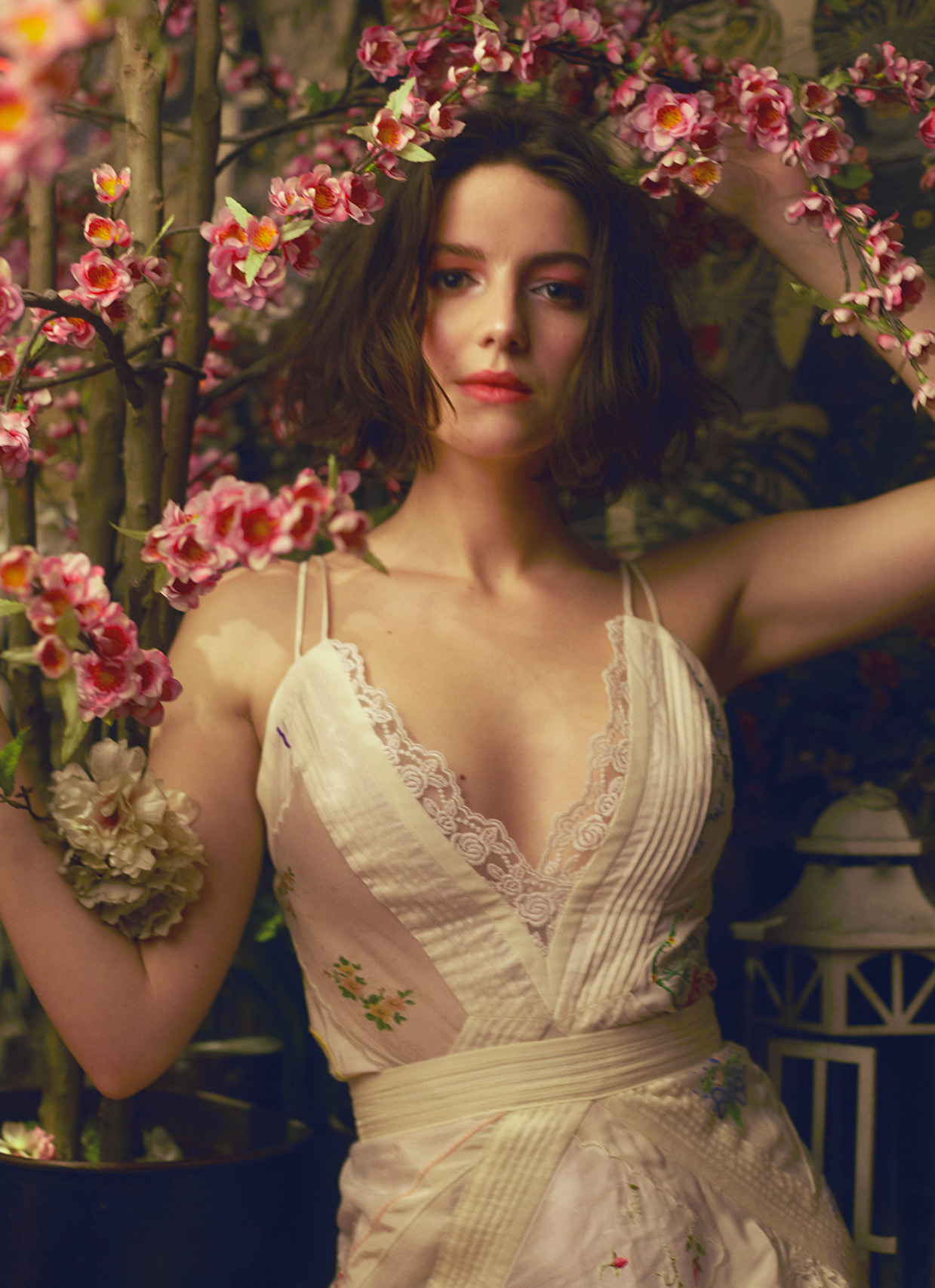 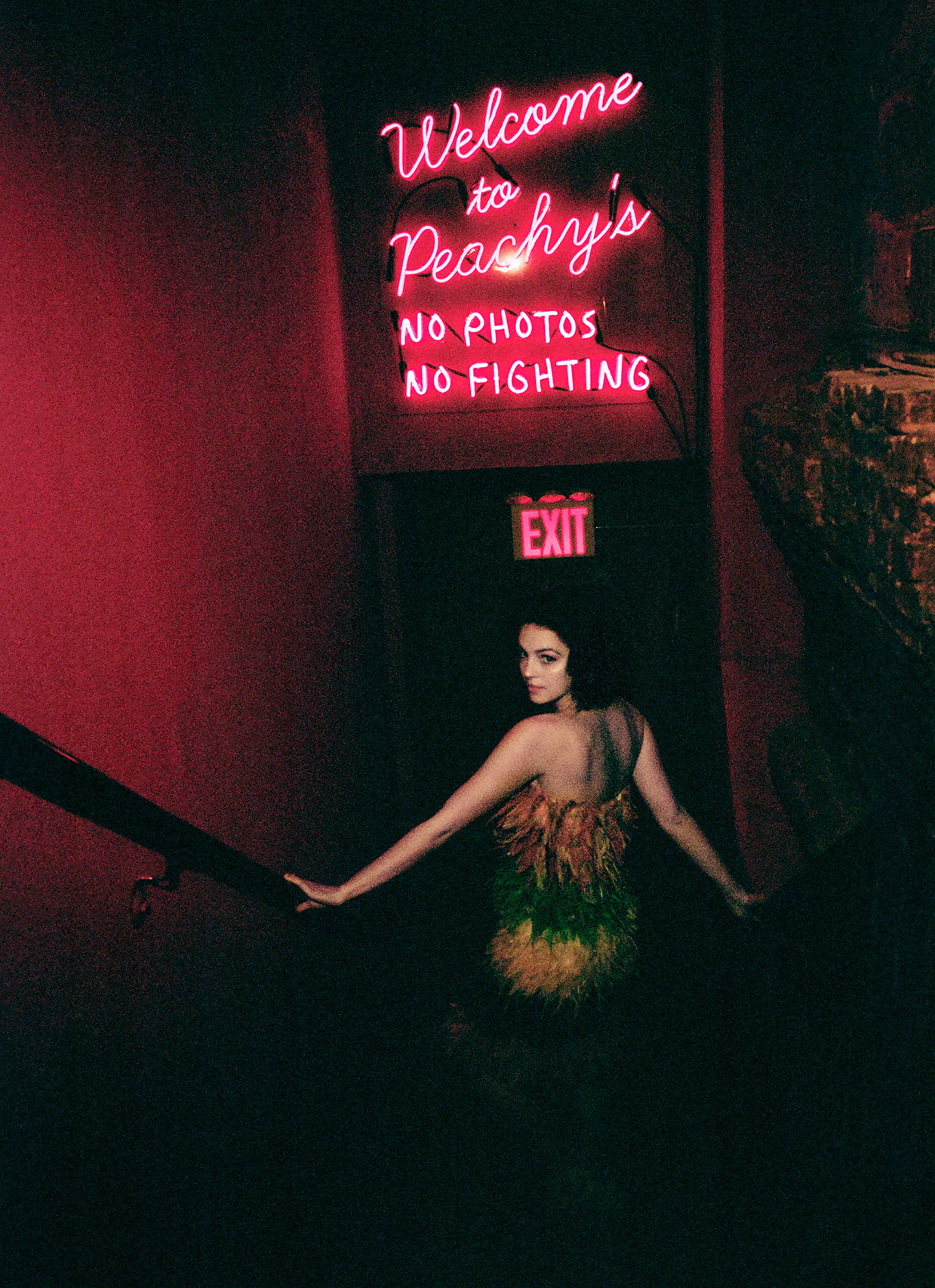 SE: It’s probably nice to have the balance (of music and acting).
EH: I can’t imagine a life where I didn’t do both. It’s the nice thing about being in New York actually. It’s a city that feels so inclusive and encouraging of people who are multifaceted and curious.

SE: Where were you living before?
EH: I was living in Islington in London for a year or two before I moved to New York.

SE: I like London too, but New York is home.
EH: Same. New York is the place, or it’s my place certainly. 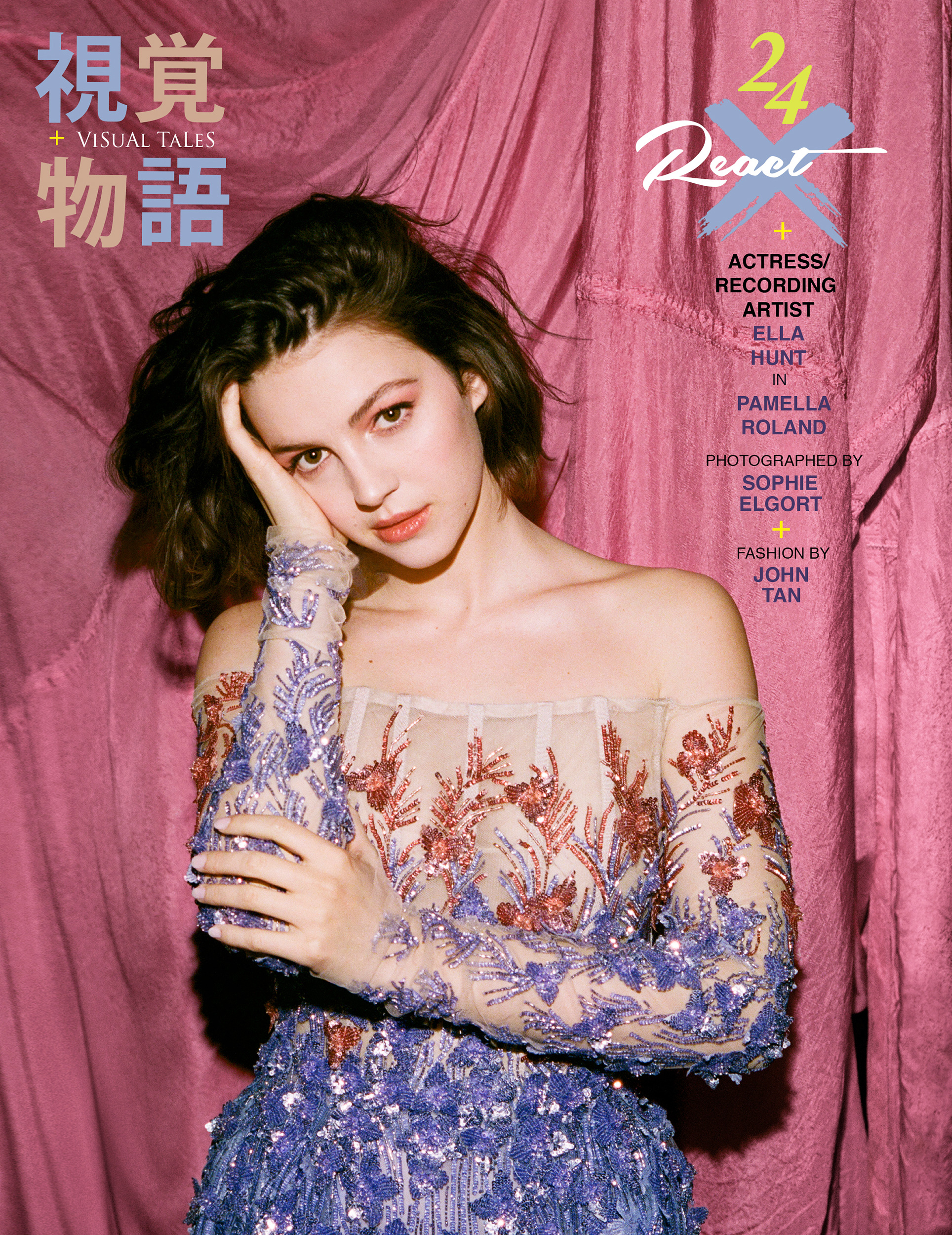