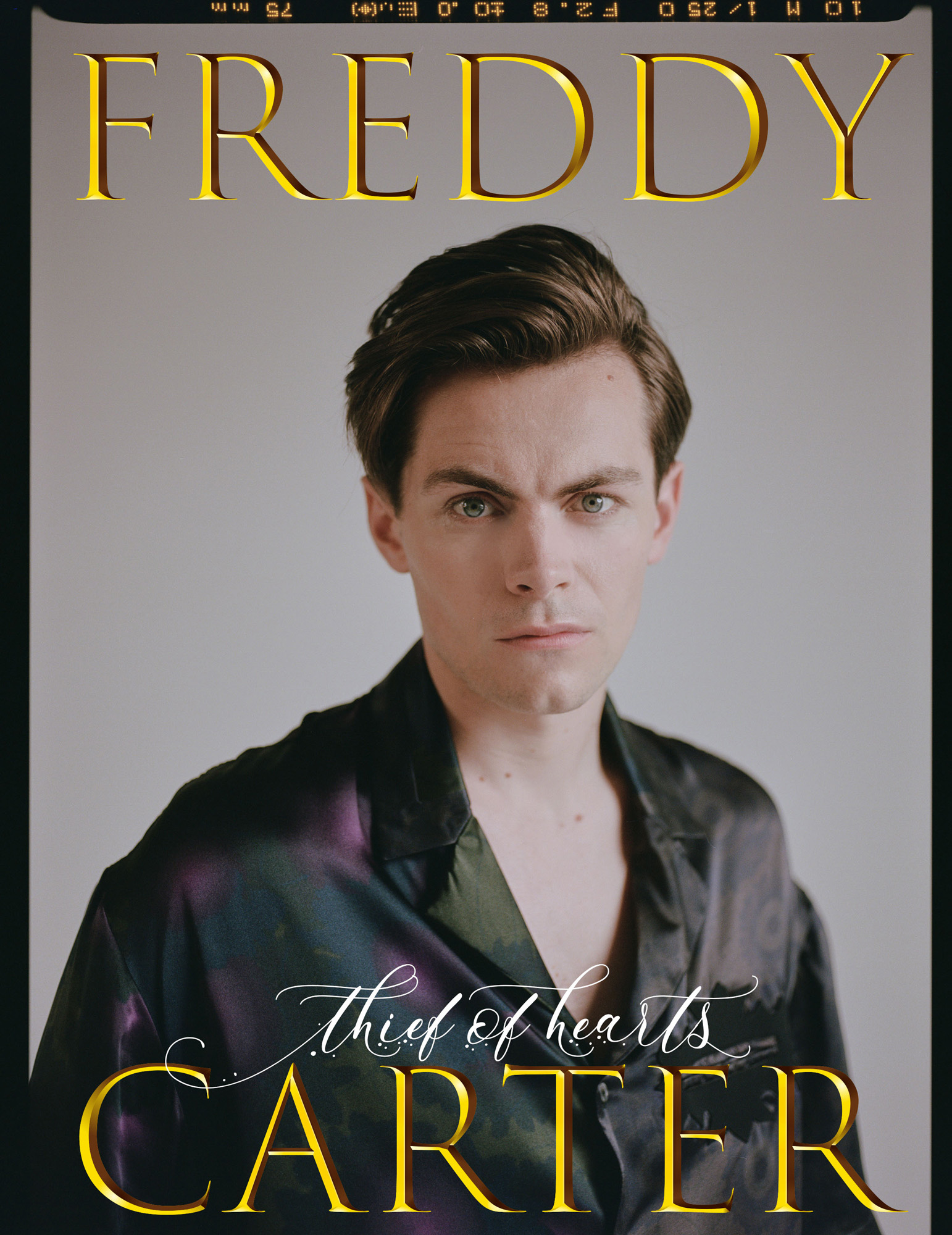 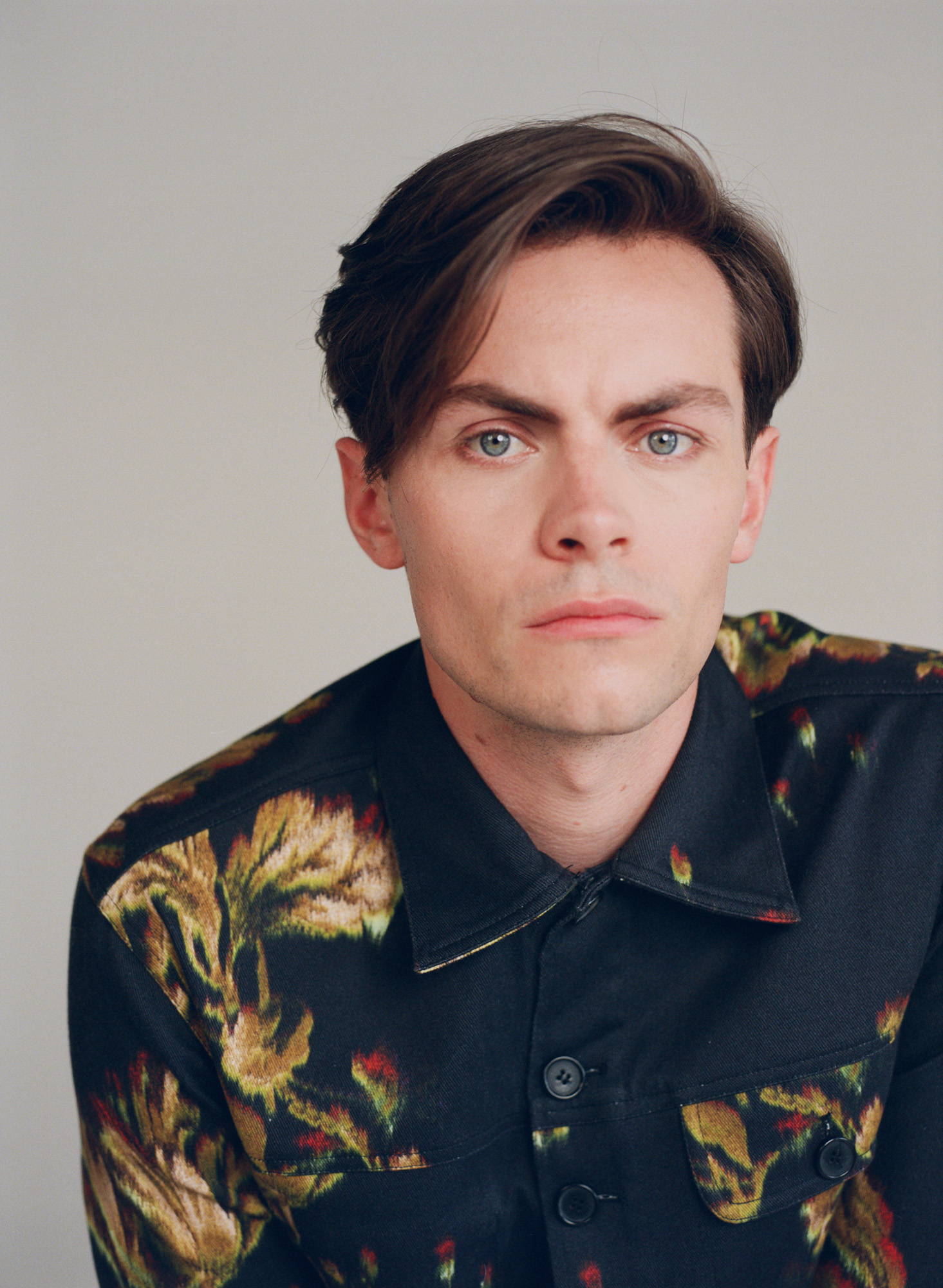 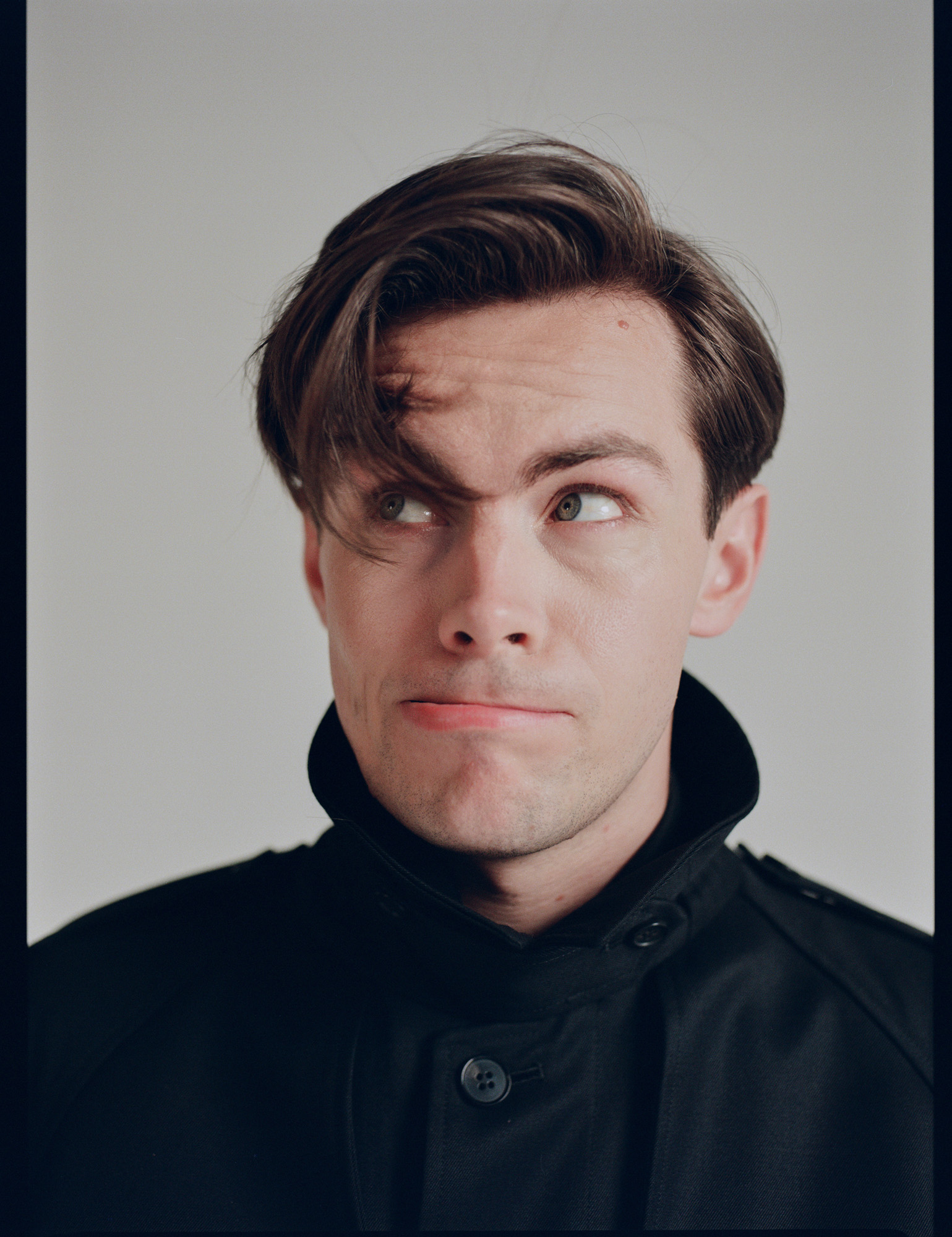 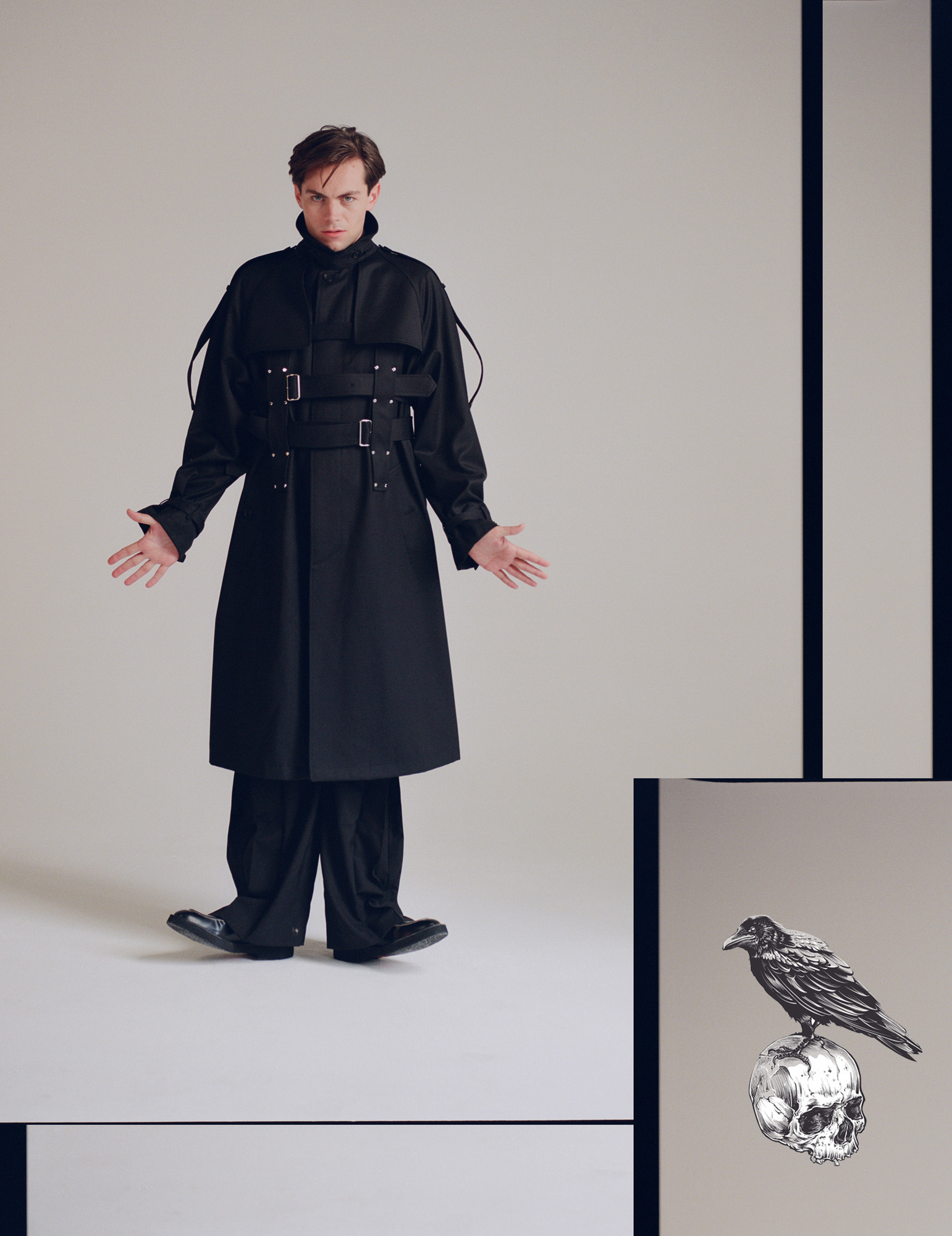 Belted trench coat and trouser, both by PRONOUNCE

Handsome British actor Freddy Carter has stolen scenes and become a firm fan favorite playing the mysterious ‘Kaz Brekker’, Leader of ‘The Crows’, in Netflix’s global smash hit show Shadow and Bone. With the highly anticipated second season shortly going into production, Freddy will next be seen starring in the Apple Studio’s Masters of the Air, the limited series reuniting Steven Spielberg, Tom Hanks, and Gary Goetzman following their Emmy Award-winning collaborations on Band of Brothers and The Pacific. With a breakthrough year ahead, Freddy’s star is very much on the ascent as he further cements his reputation as ‘One to Watch'. Visual Tales asked his co-star from Shadow & Bone, actor and friend Ben Barnes to ask him a few questions that Ben is curious to know about Freddy but hasn’t had the opportunity to discover. 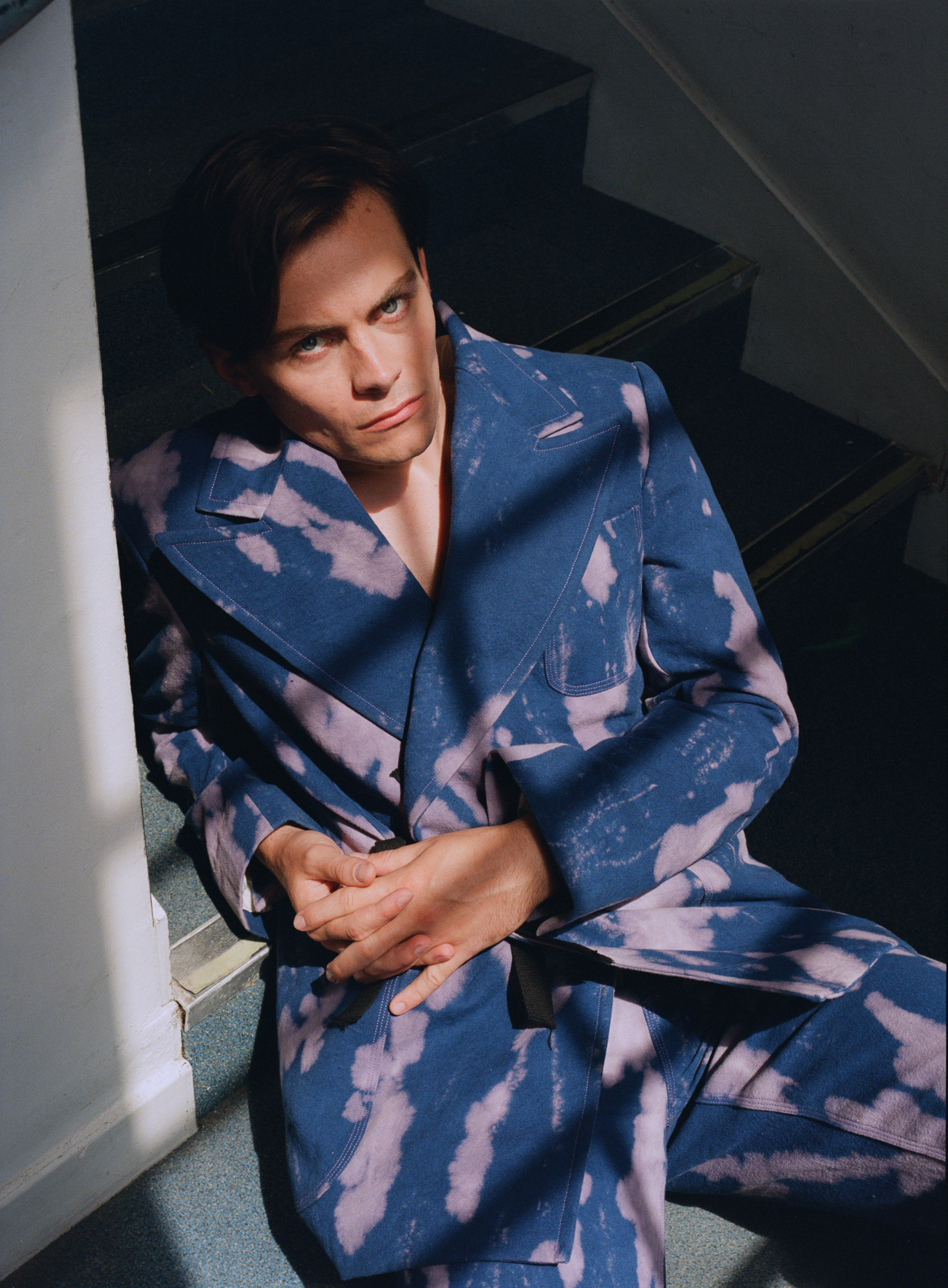 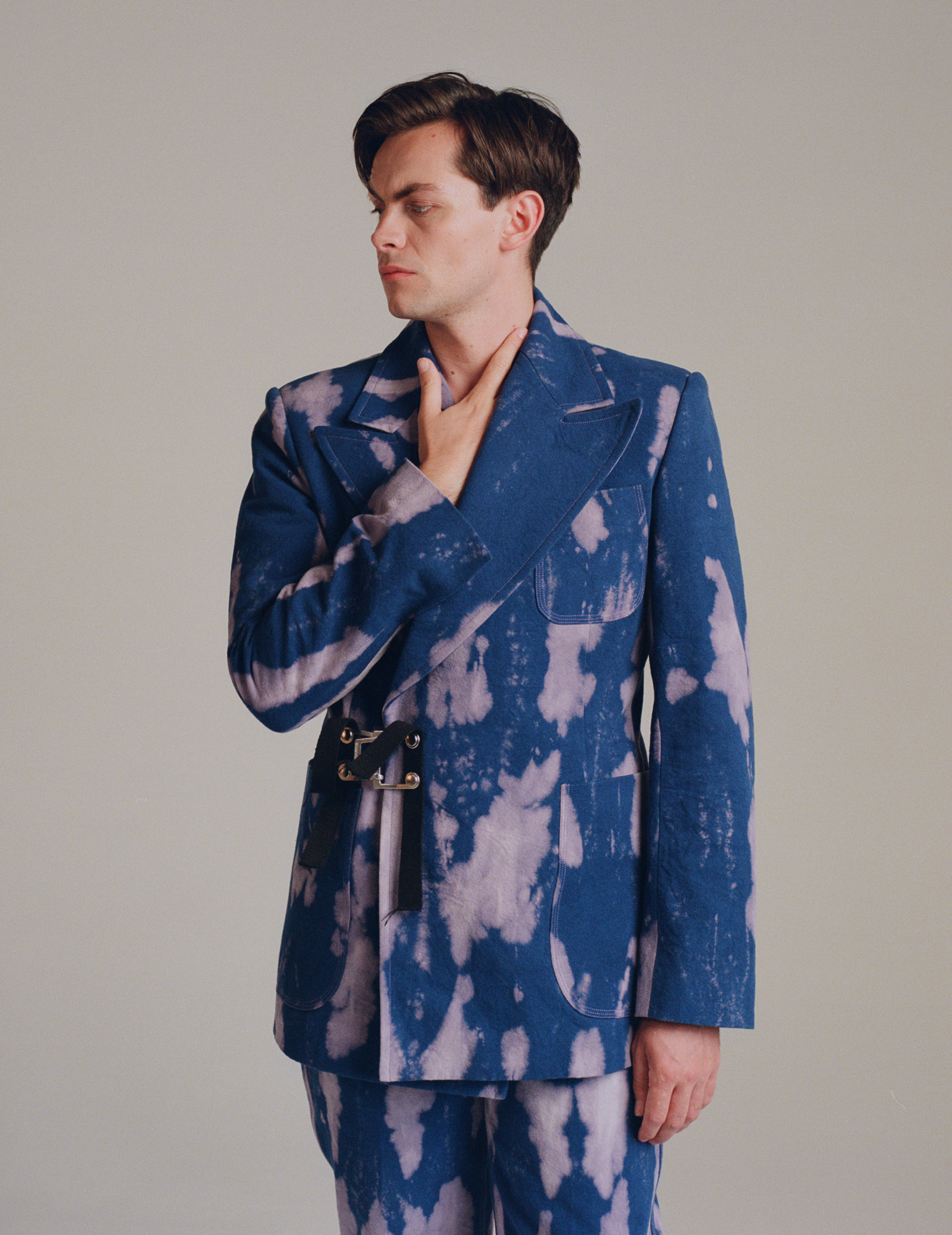 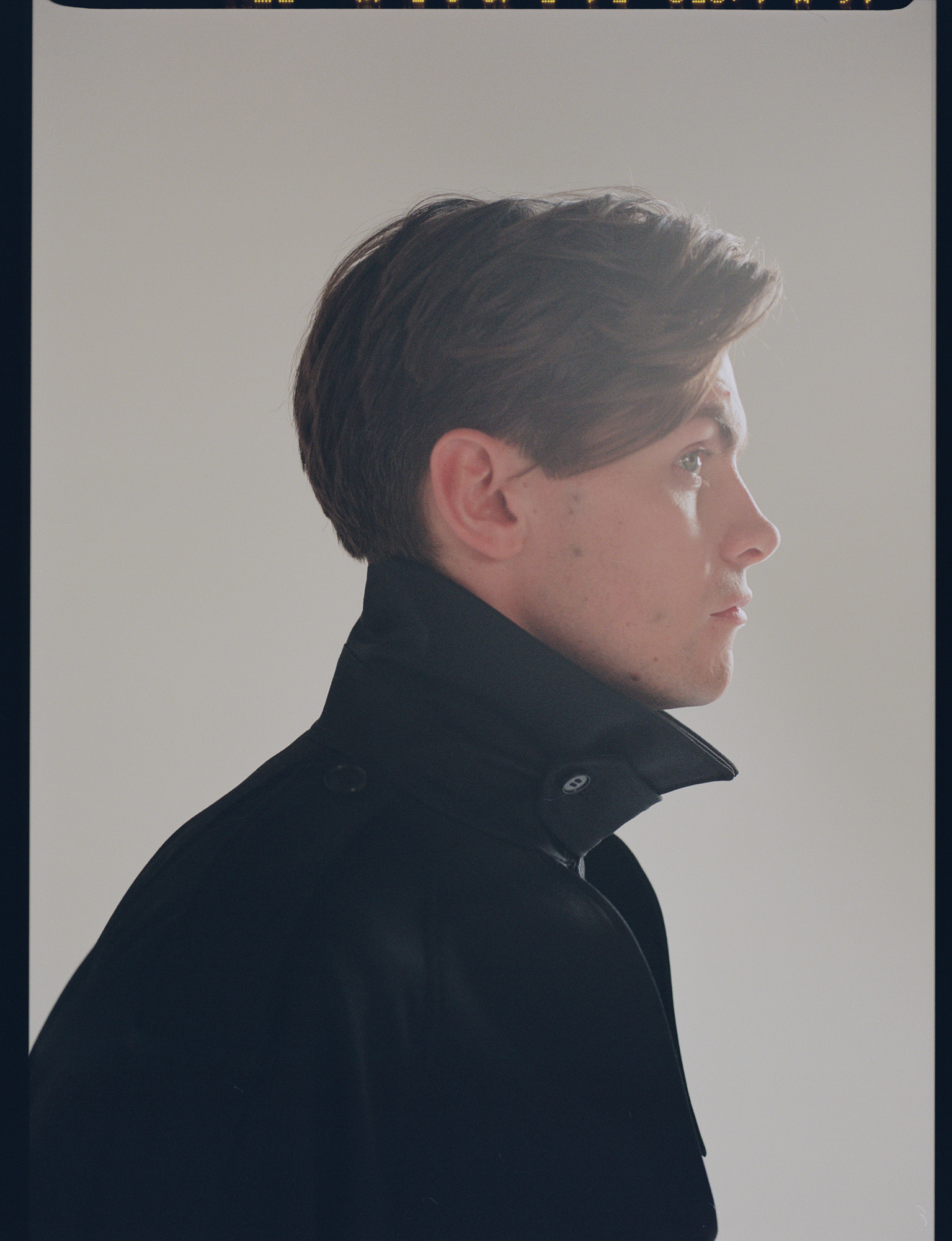 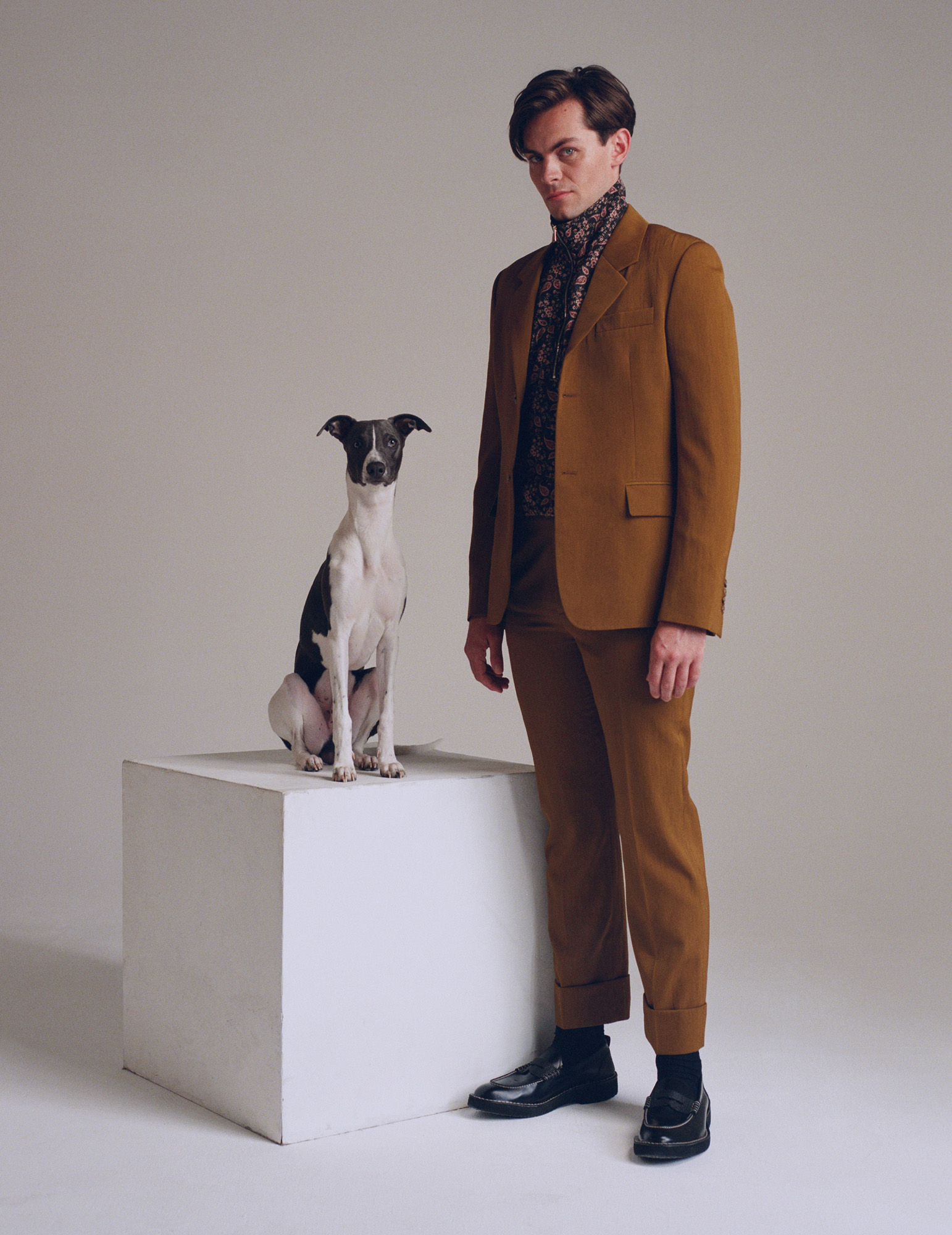 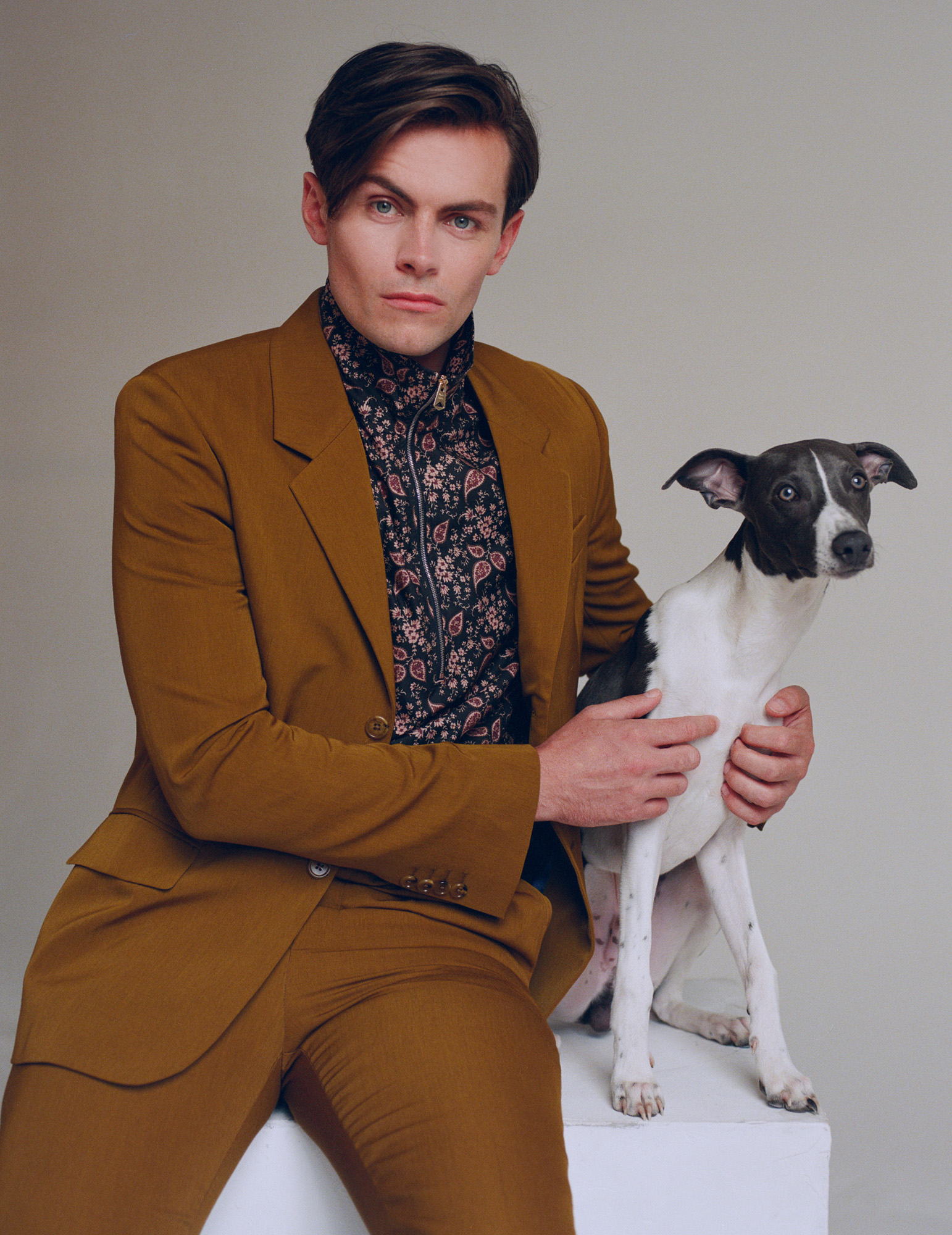 Suit, zipper jumper and loafers, all by PAUL SMITH

Ben Barnes: If you could have one Grisha power, how would you actually apply it in the real world?!
Freddy Carter: I really don’t like being cold, so my first thought is to say ‘Inferni’ but it’s not practical to be walking around basically on fire. So to keep things safe I’m going to say ‘Sun Summoner’ because everything’s better in the sun.

BB: You often recommend me books… What are the books that you feel shaped your formative years?
FC: There’s loads! I remember loving everything and anything written by Michael Morpurgo, ‘Private Peaceful’ is still one of my favourite books. Then as I got a bit older I read a lot of autobiographies and particularly enjoyed the Photographer Don McCullin’s ‘Unreasonable Behaviour’ about his time as a war correspondent.

BB: If you could time travel to meet your past or future self (10 years older/younger), which would you choose and what would ask ‘him’?
FC: Younger, definitely. I’d be curious to know if he would be genuinely excited by all the cool projects I’ve been lucky enough to work on over the last few years or if he’d try and play it cool like I did far too often back then. I’d also put a stop to some questionable fashion choices which still haunt me.

BB: If you could only listen to one song for the rest of your life what would it be?
FC: This is an absurdly difficult question but the first two that come to mind are Bob Dylan ‘It Ain’t Me, Babe’ or ‘God Only Knows’ by The Beach Boys. (OR “11:11” by Ben Barnes, obviously!)

BB: What is an iconic role that if it had never been played you would’ve liked to have a go at?
FC: ‘Talented Mr Ripley’ is one of my favourite films and while I don’t think I could come anywhere close to Matt Damon, I’d love to have a go at Tom Ripley. The story and character are both incredible but mostly because it would be nice to spend a few months wearing beautiful clothes on the Italian coast. 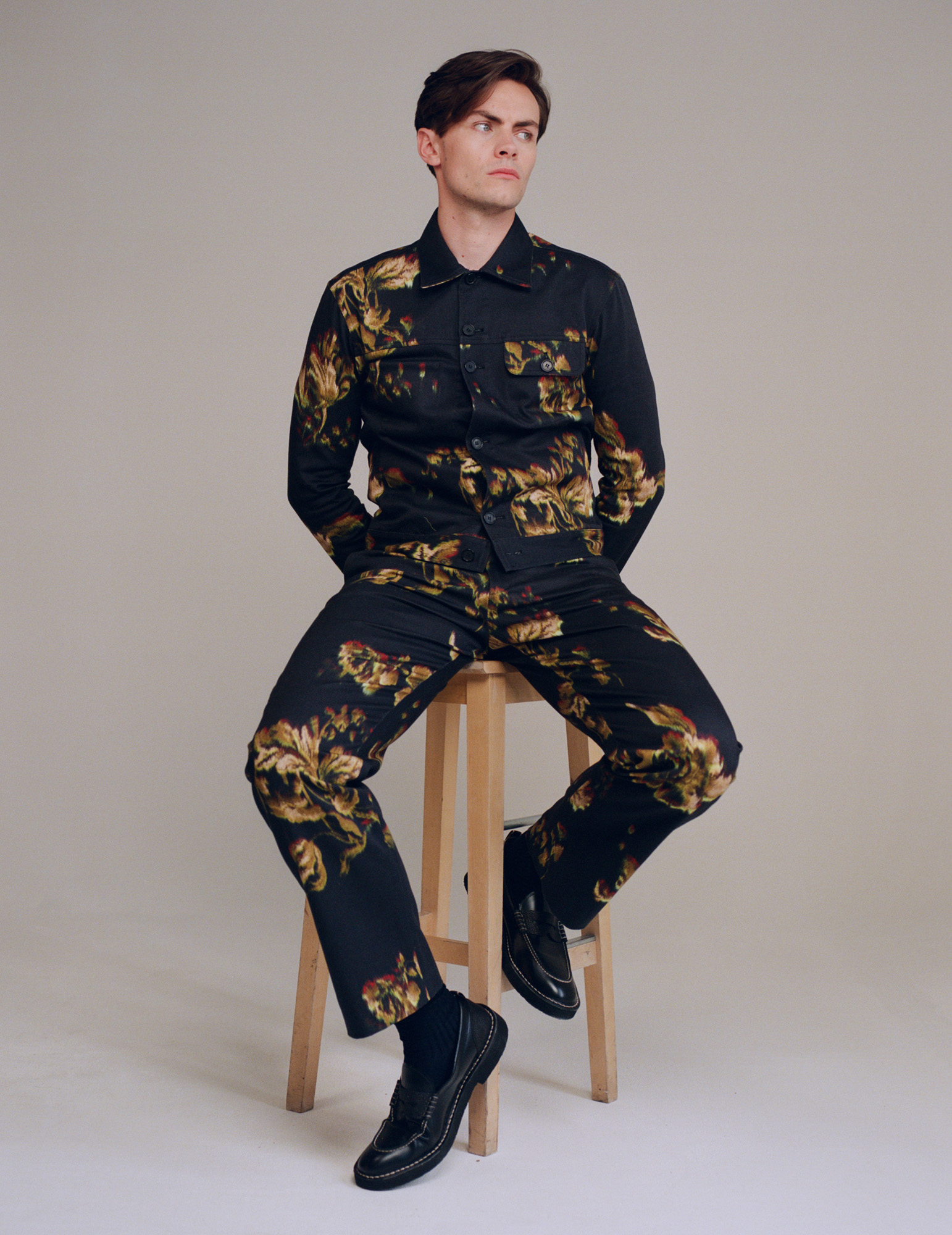 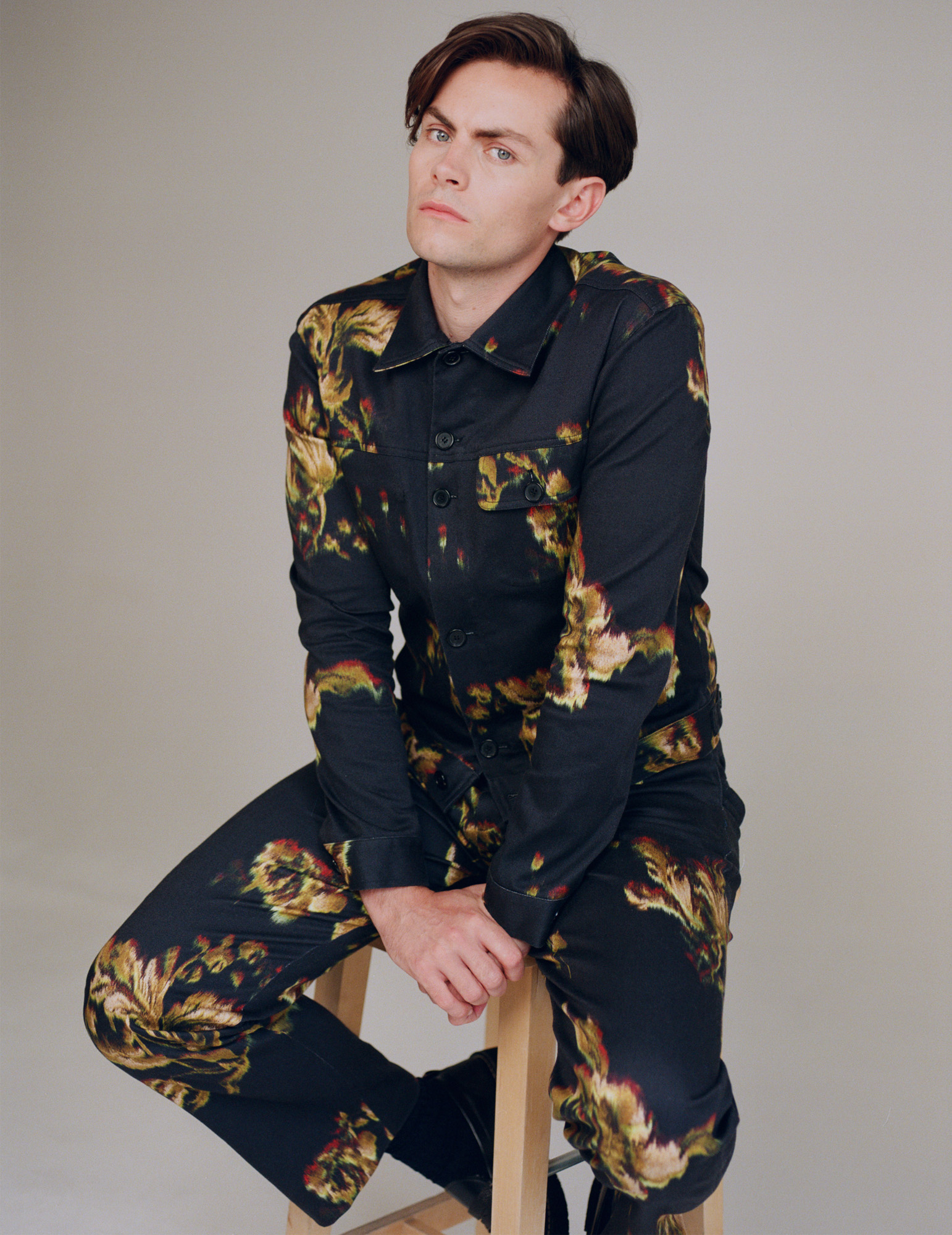 Floral print jacket, trouser and loafers, all by PAUL SMITH 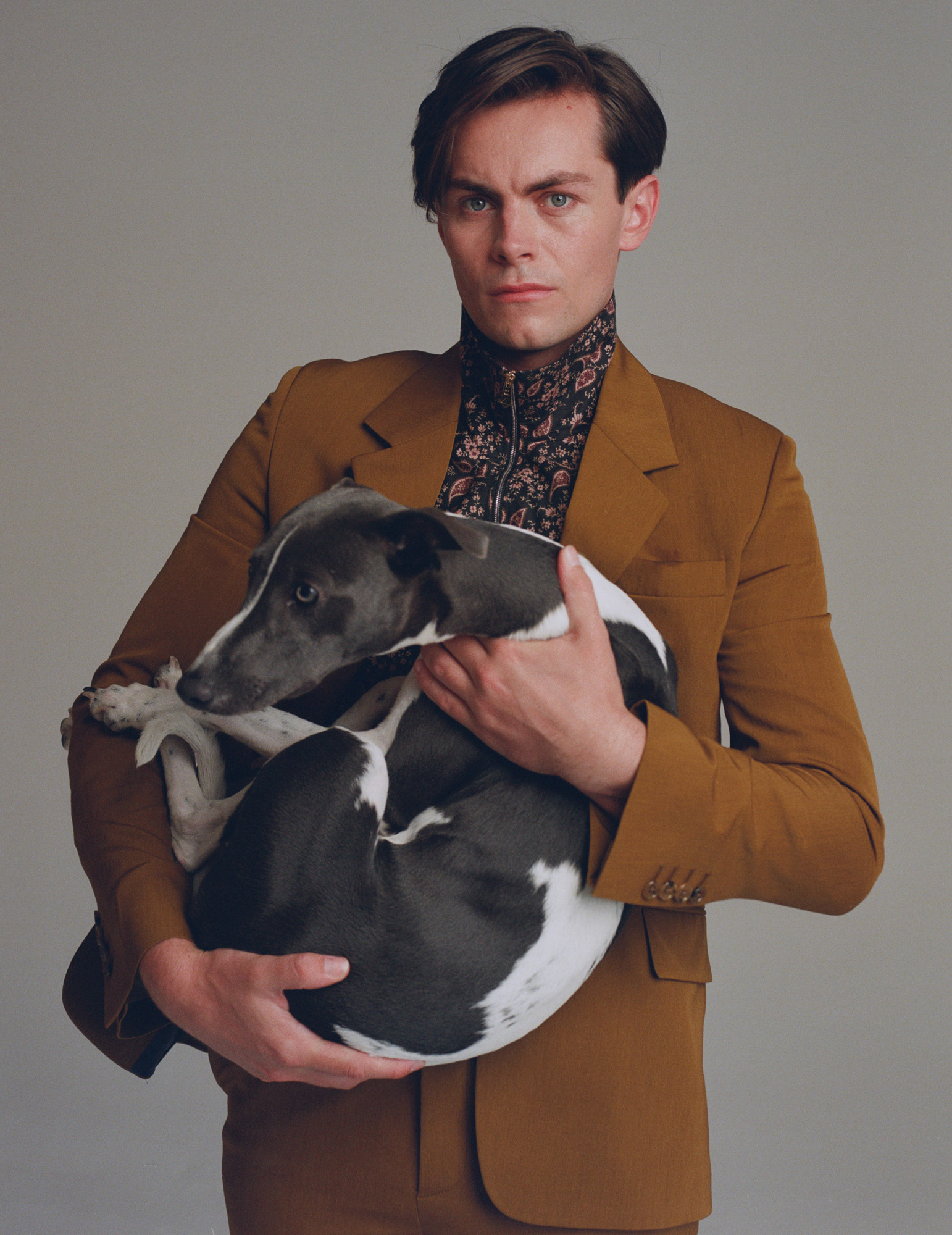 Suit and zipper jumper, both by PAUL SMITH 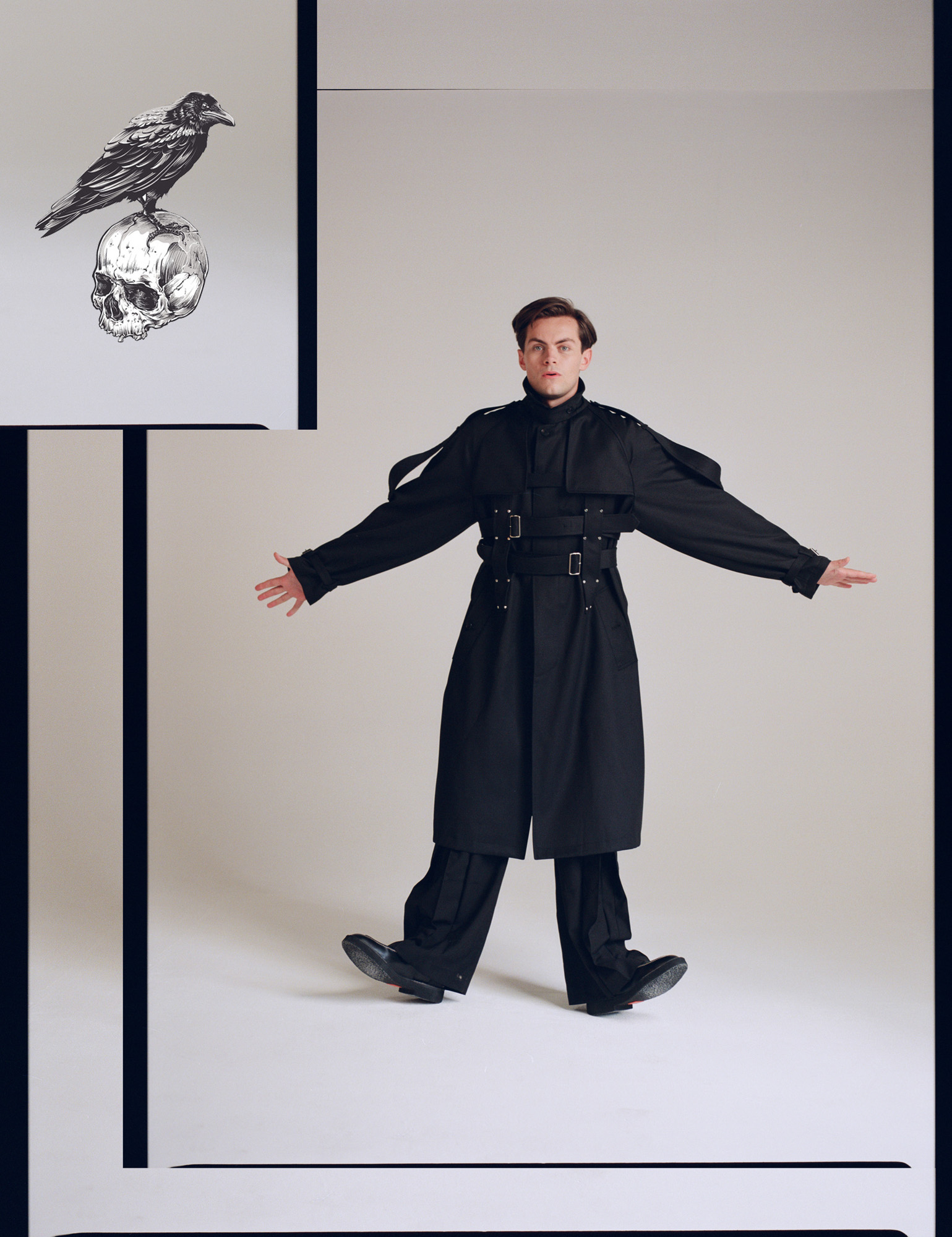 Belted trench coat and trouser, both by PRONOUNCE 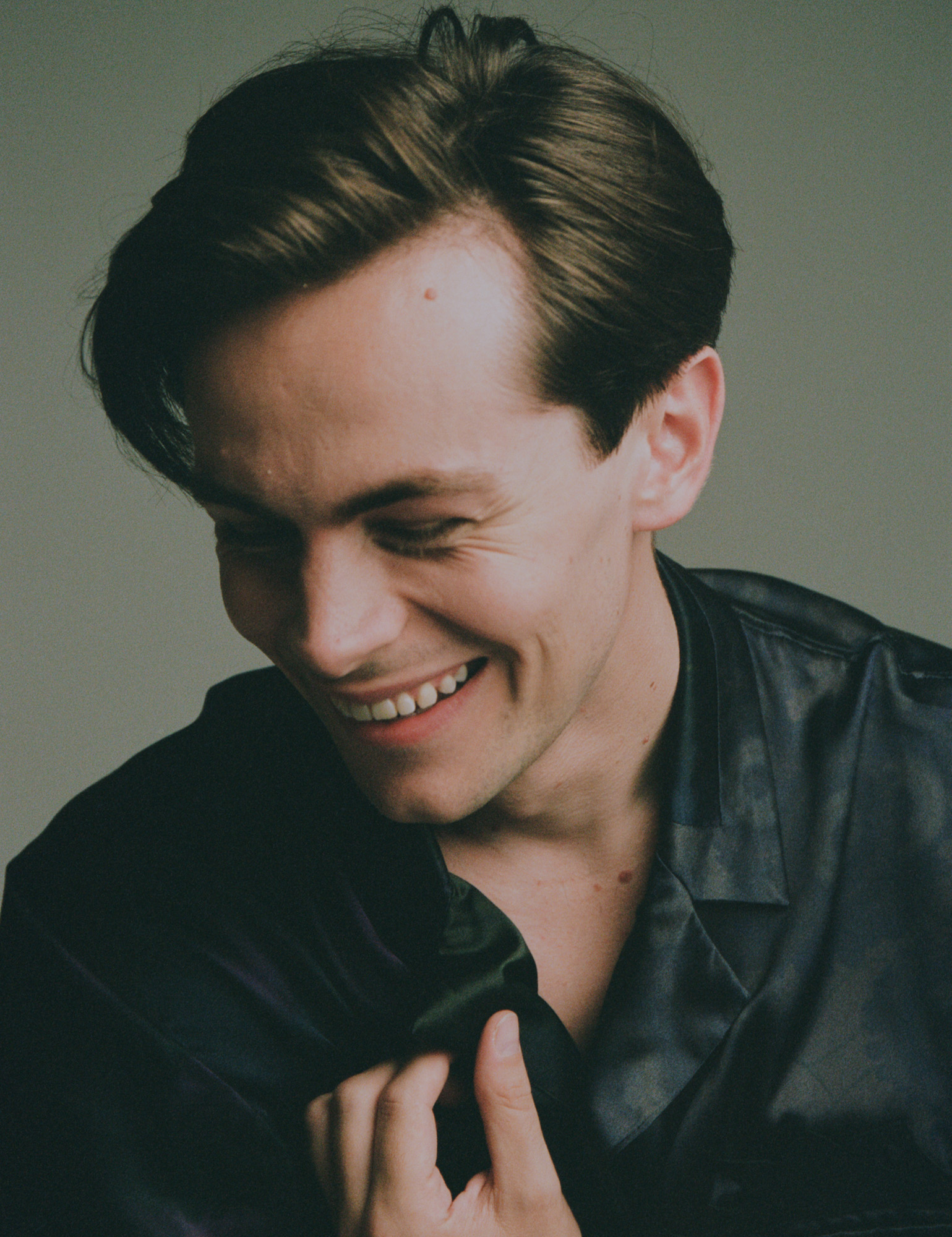