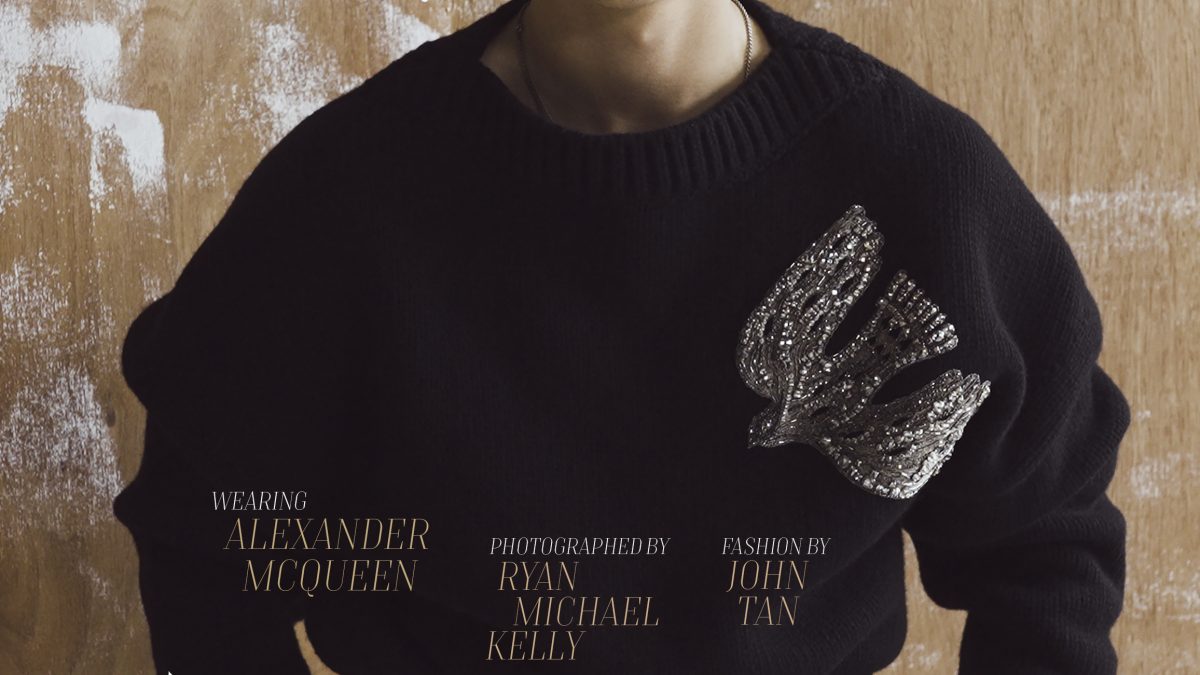 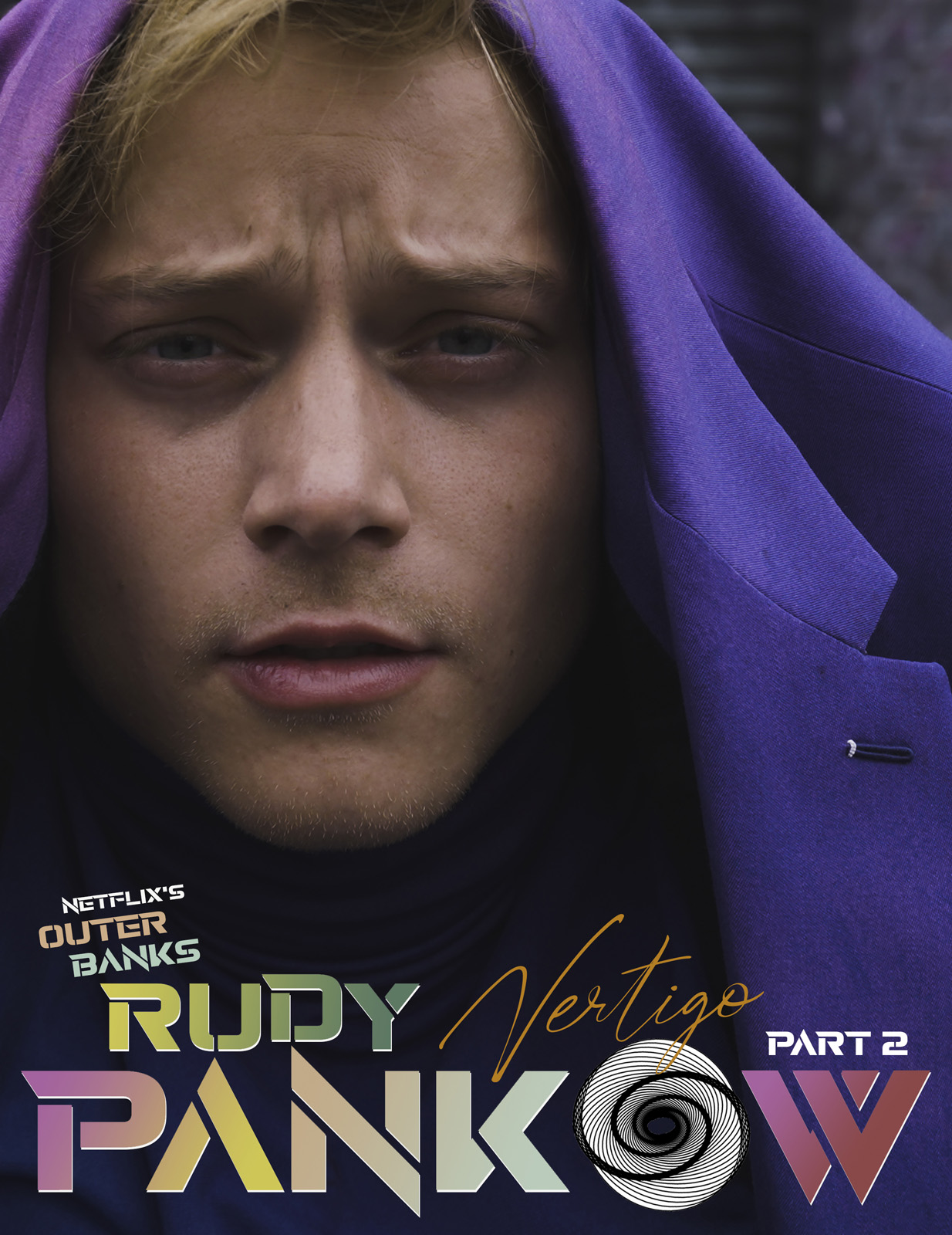 Vertigo Part 2 is the continued interview by Visual Tales with Rudy Pankow, who plays JJ from the hit show Outer Banks. Rudy has also appeared in several short films as lead roles including Not Me and Deviant, as well as guest-starred on the critically acclaimed Netflix series The Politician. Rudy and Yinan go in depth about acting, something Rudy is very passionate about, as well as food, travel, and even some fun unanswered questions fans. 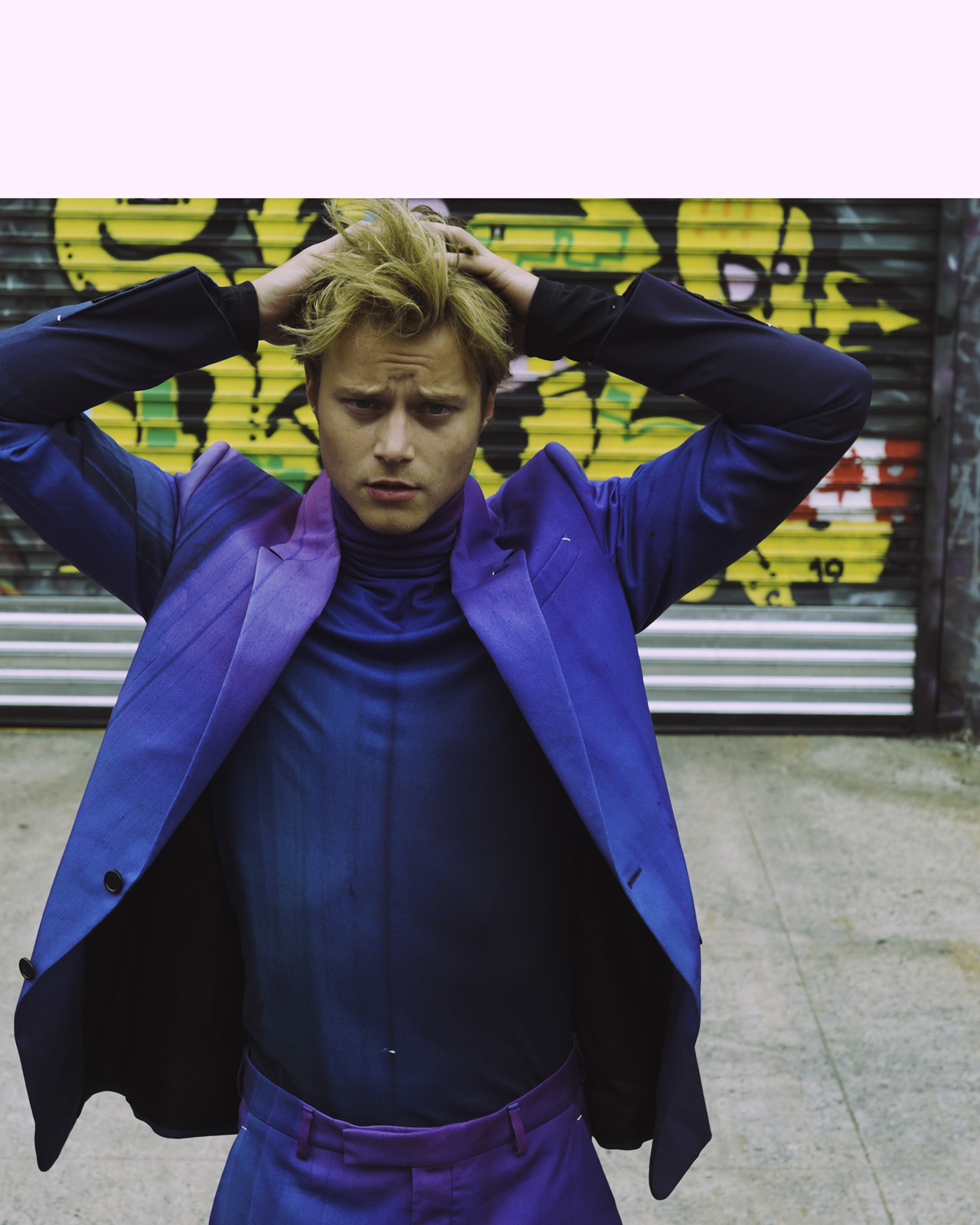 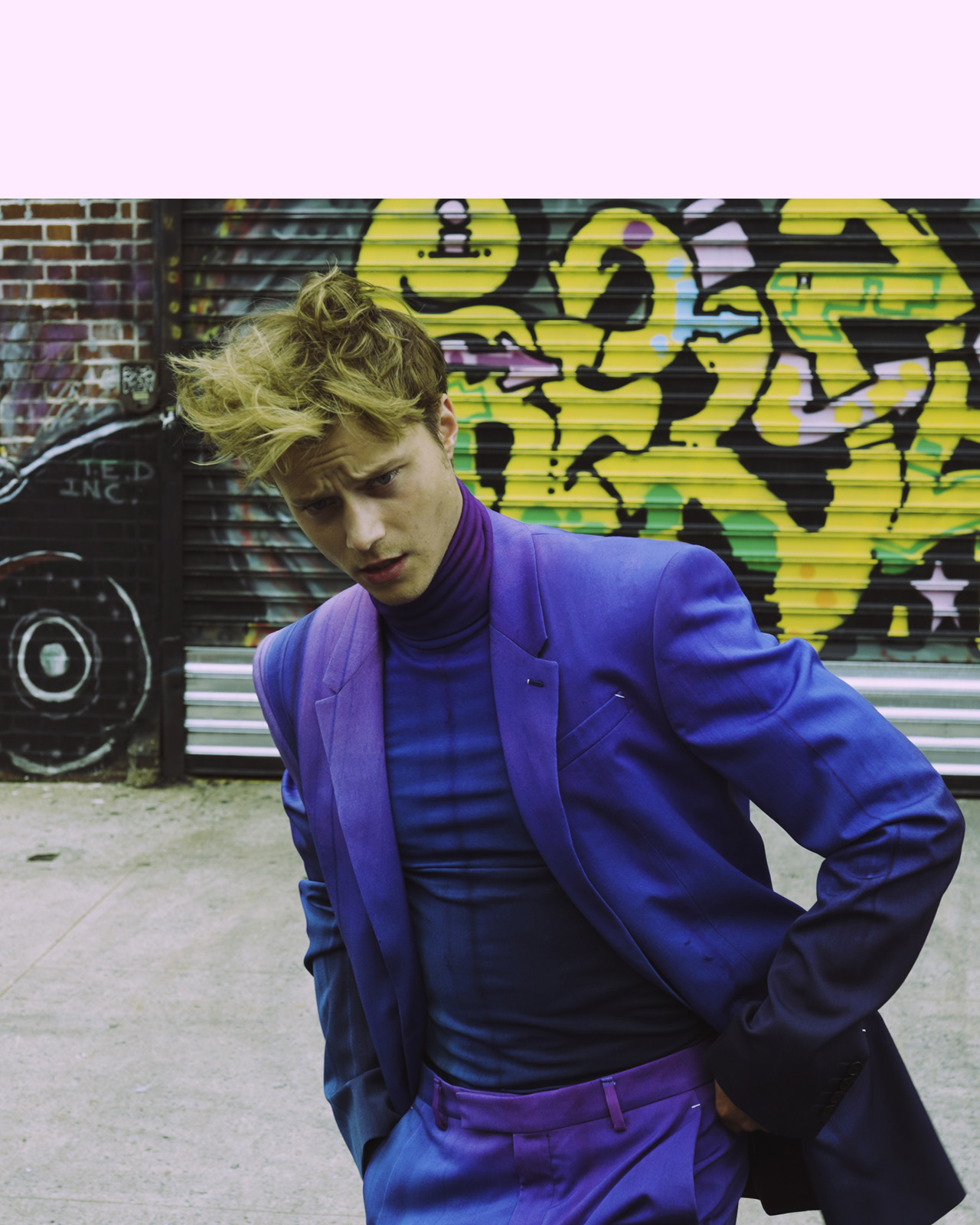 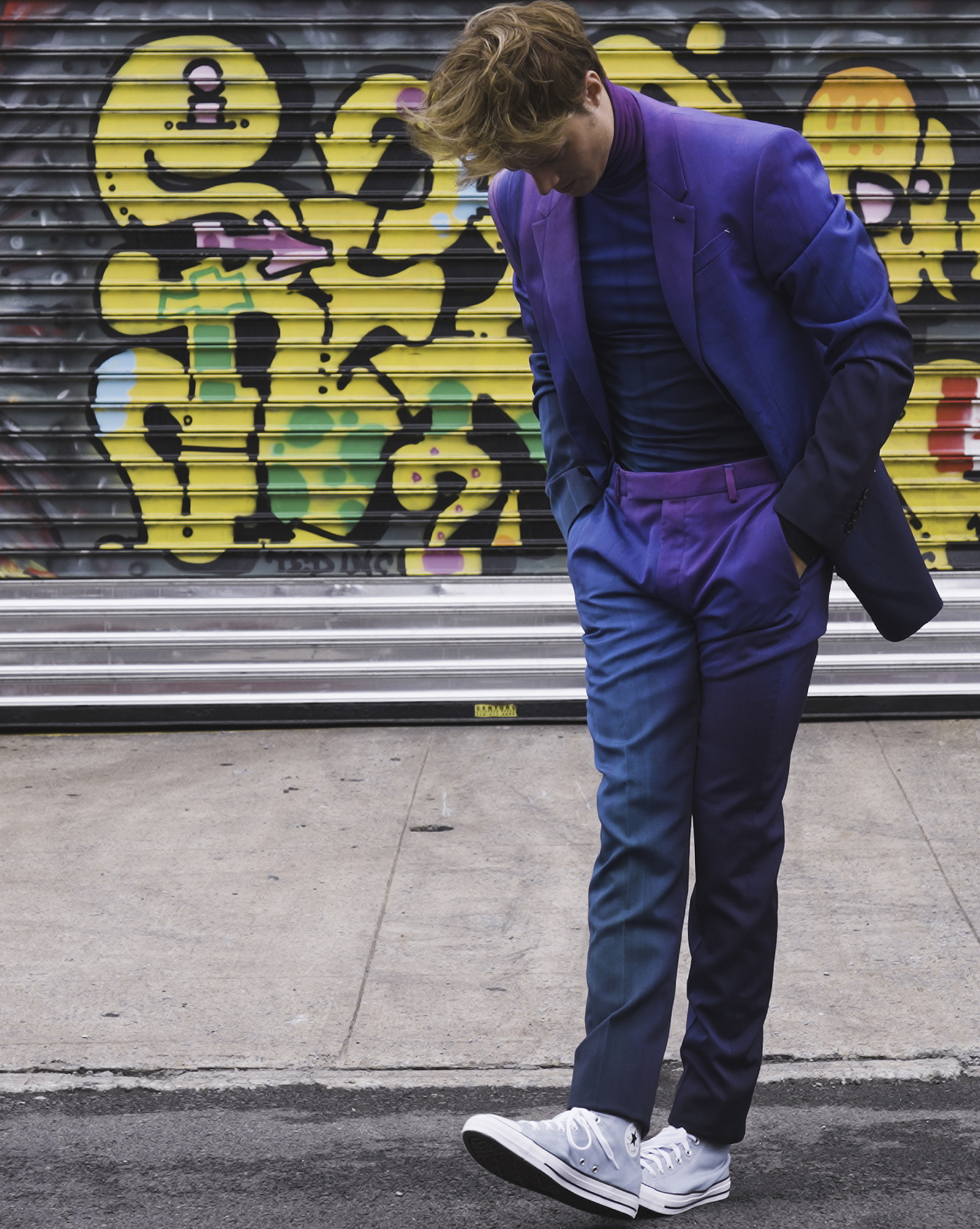 YX: Let's talk about some of your interests and hobbies outside of OBX. Are you still into the culinary arts and do you like trying new food?
Rudy Pankow: Before Covid I definitely enjoyed trying as much food as possible. I was actually on a foreign exchange program in Japan from eighth to ninth grade, and that’s when I really started thinking about creativity with food. I also went on a little tour for my graduation to Spain, England and France. I tried all types of food in those countries and started to experiment with them when I got home. But I realized food was something I was curious but not necessarily passionate about.

YX: Have your castmates tried your cooking?
RP: I’ve made coffee cake and some of the cast got to try it. I’ve also made steaks, and Chase actually makes steaks too and I make this nice garlic butter that goes with it. Actually, Maddie makes a really mean stew, I don’t know exactly what it’s called but she knows how to cook as well. It’s actually very interesting that I’m now realizing that all of us pretty much know how to cook. 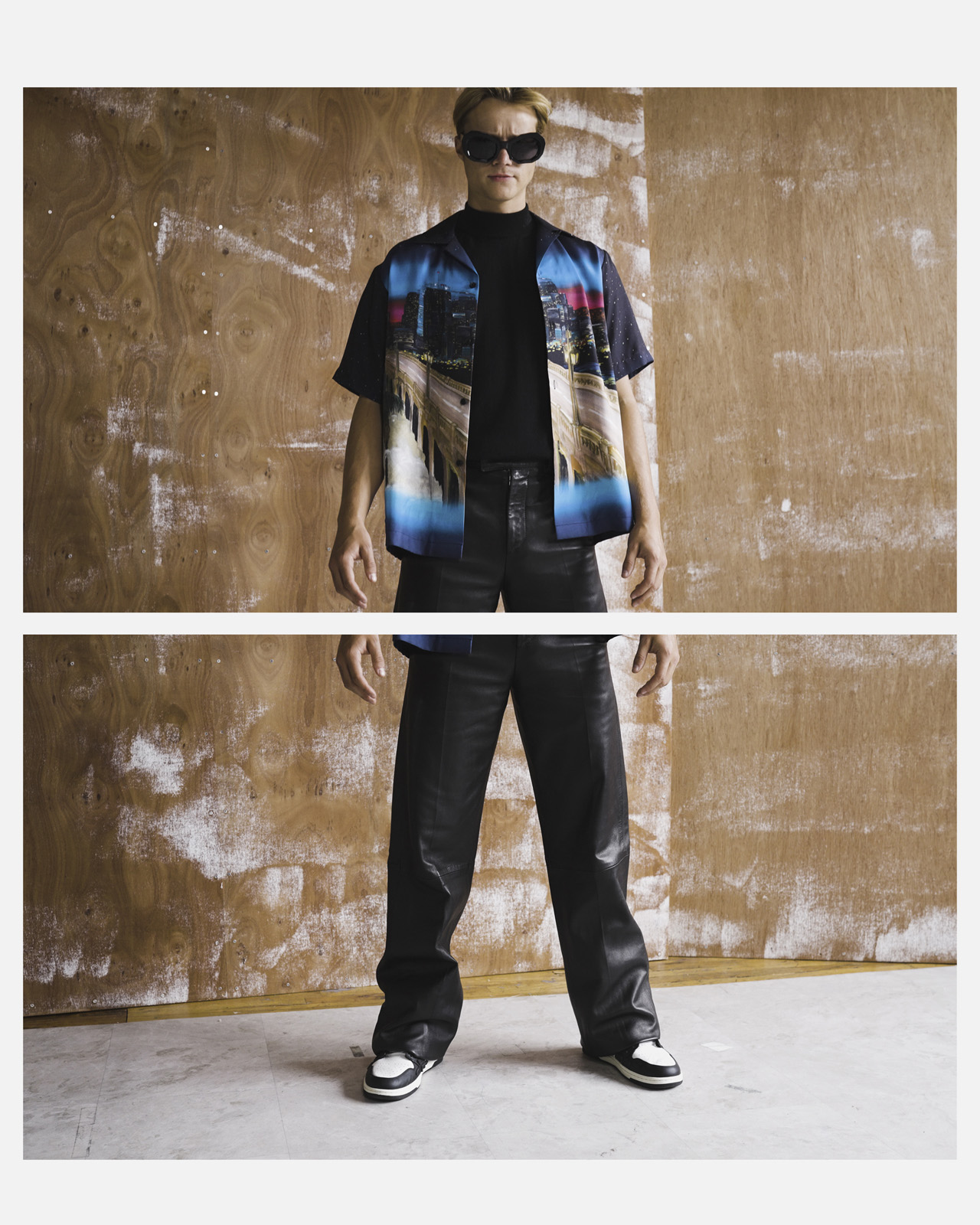 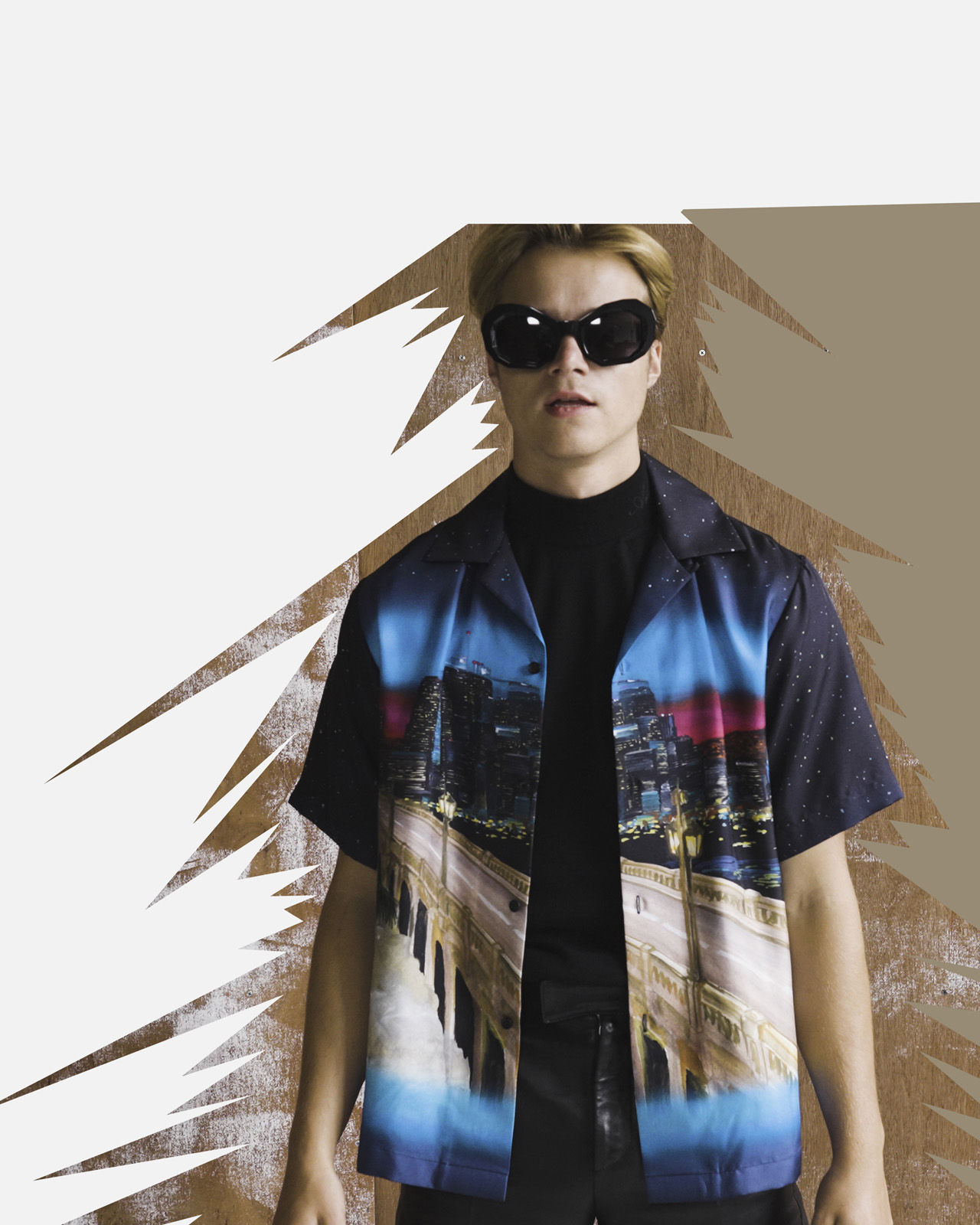 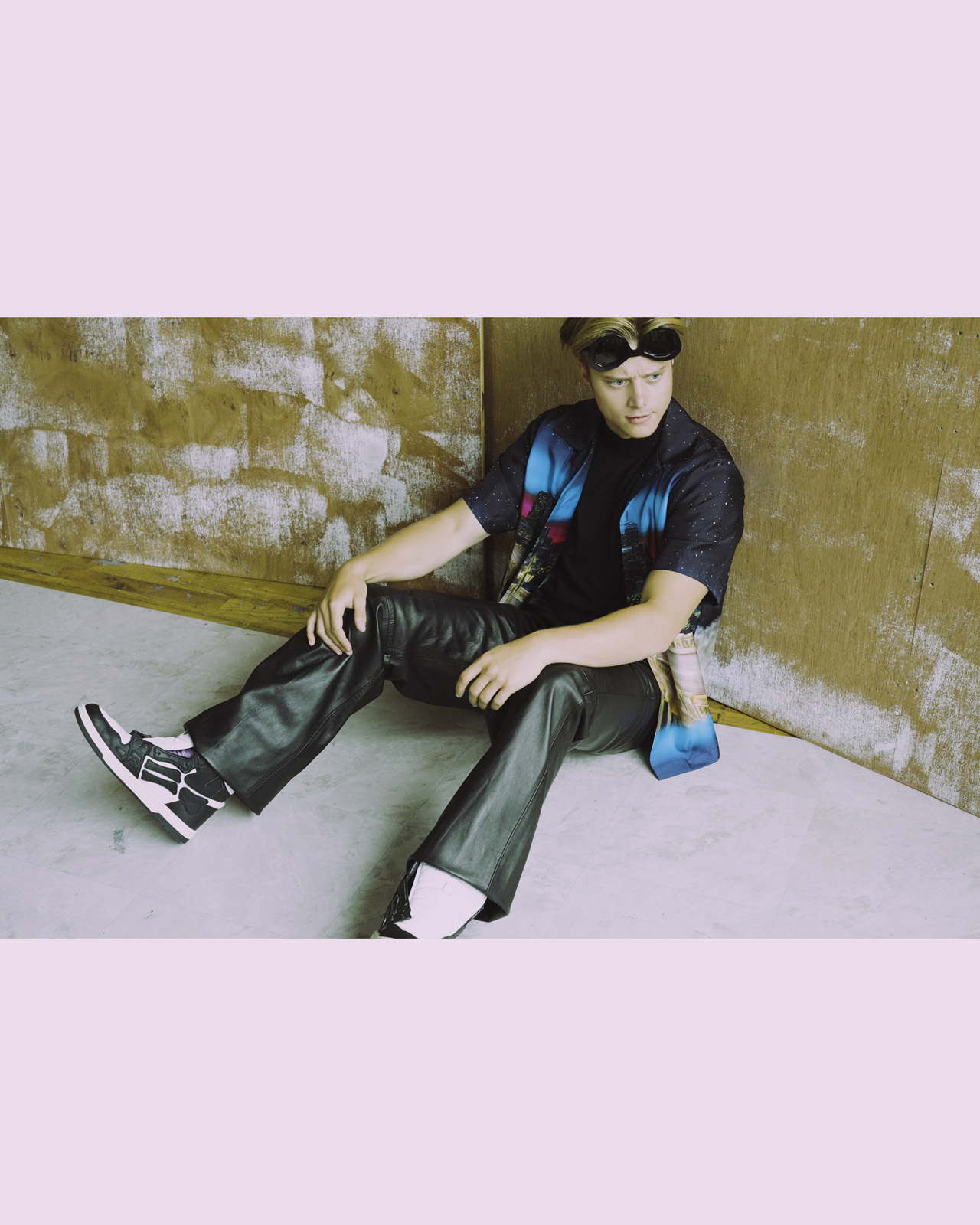 YX: Going back to your passion versus curiosity, I'm assuming acting is your true passion. Do you have any other projects you are working on currently?
RP: I’ve shot two projects since Outer Banks that will come out either late 2021 or Spring 2022. Stay tuned because I can’t talk much about them yet.

YX: Okay, no worries, we’re excited to hear about them when they come out. With acting, what are some things you’ve learned technically while working, and what are some things you learned about yourself?
RP: I learn something new every single day because I find out when something works or not. The most important thing is no matter how much preparation, background, or rehearsing, it can all be thrown out or released on the day if it’s just not working. I have to be completely ready to change to plan B, or not have a plan B and just let go and be present with the scene. It’s a hard thing to do, and I learn every day how to do it better. Something I learned about myself is how much I overthink sometimes. And when I can tell myself a joke, I loosen up or if I take a deep breath and just bang my chest a bit, I can kind of relax into whatever I have to do. Being relaxed definitely helps relax me and help the scene come out. 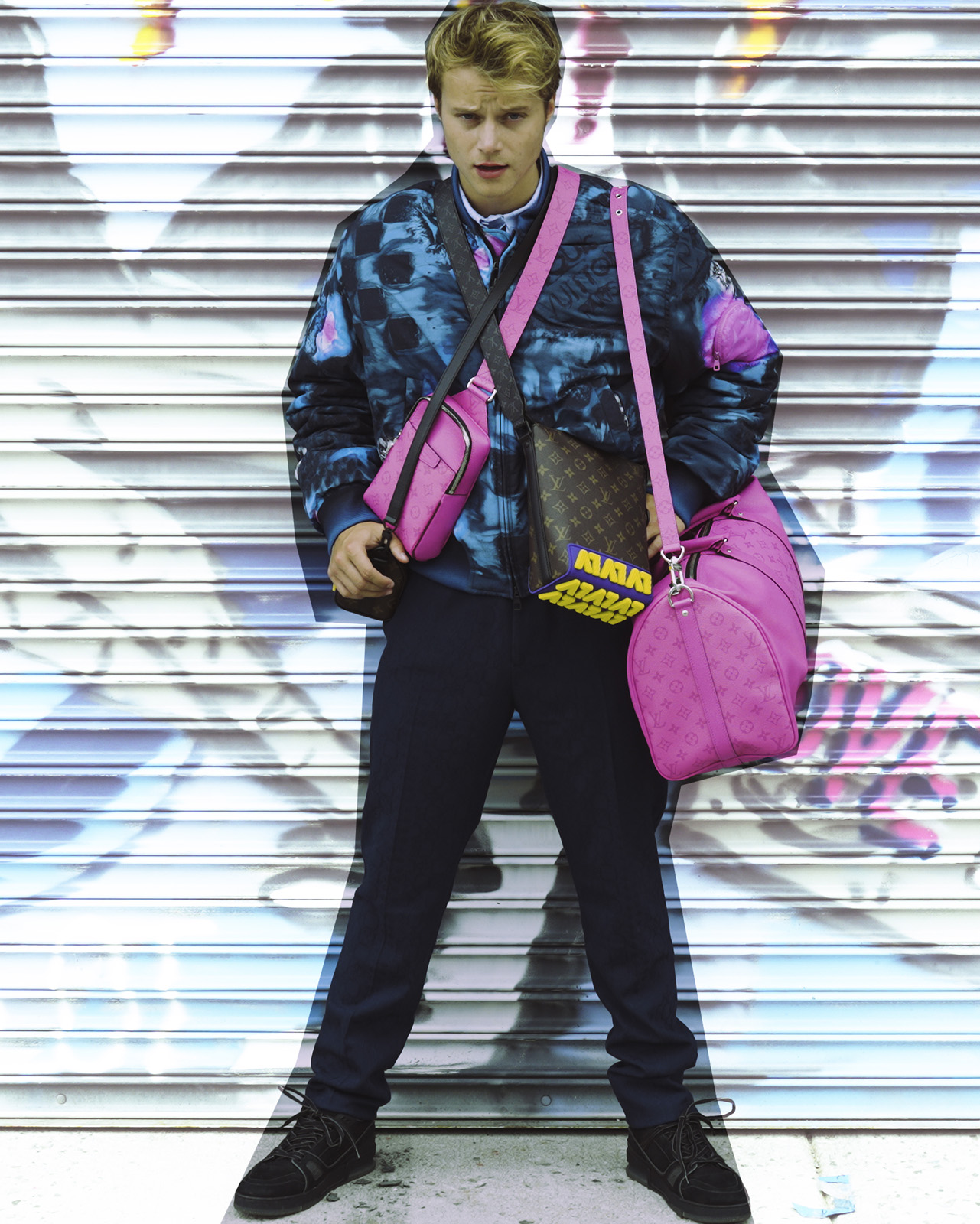 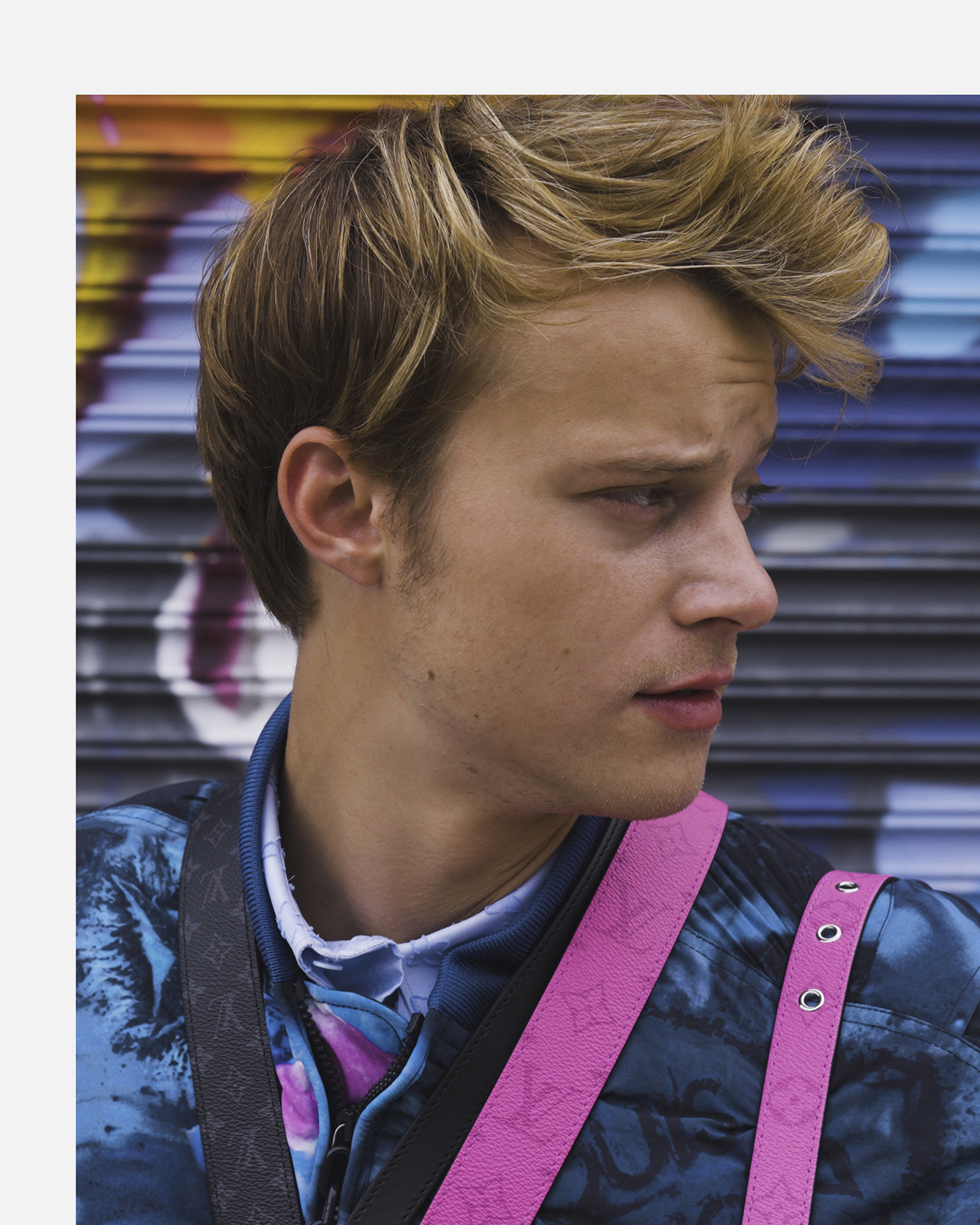 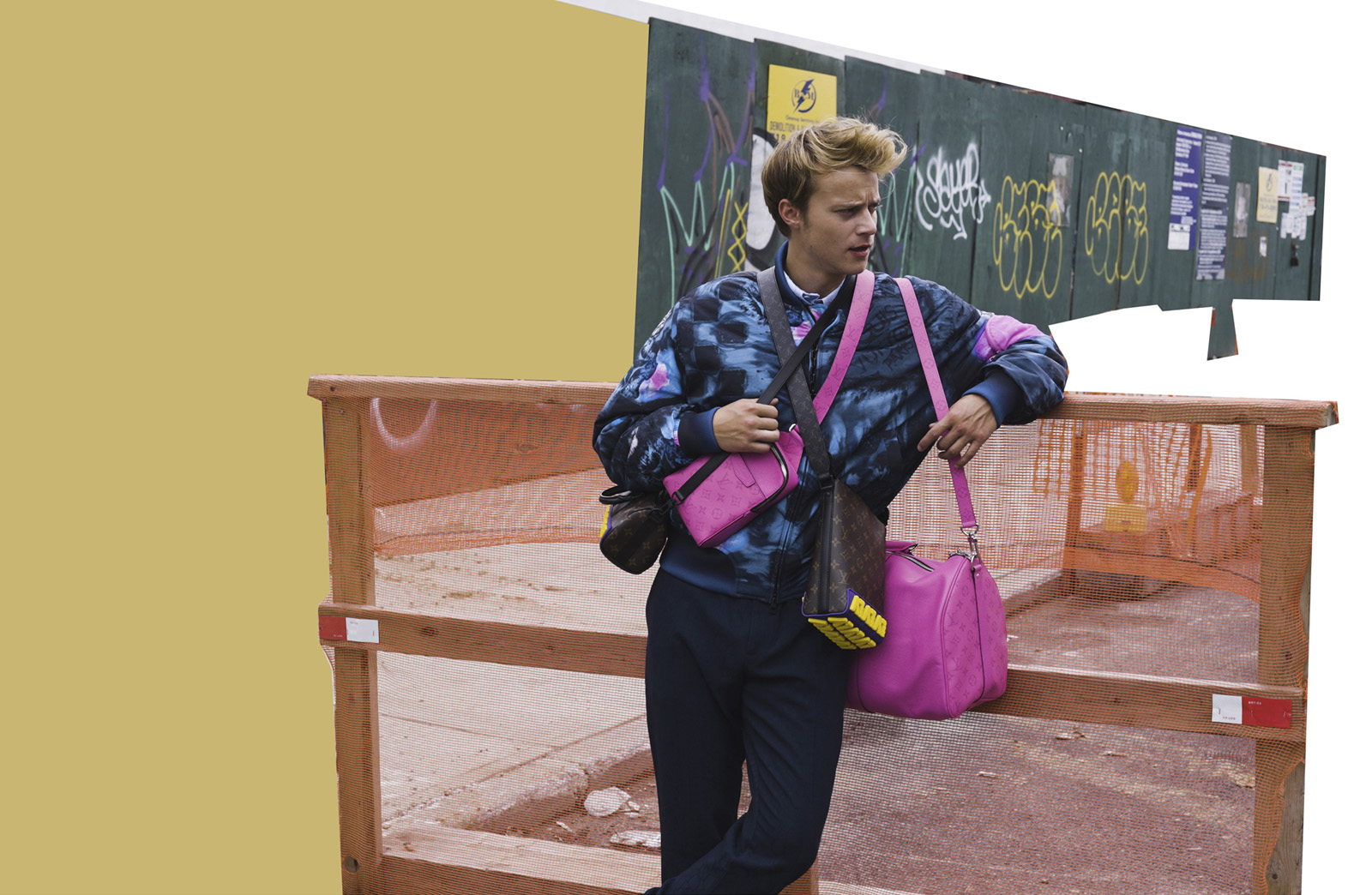 Salt print bomber, shirt with all over monogram, cigarette pants, sneakers and travel bags, all by LOUIS VUITTON by VIRGIL ABLOH

YX: That’s so cool to learn about the process of being an actor. And it seems everyone has their own tricks up their sleeves. It’s fun to discuss acting techniques with you because I know nothing about being an actor. I can barely take a selfie properly.
RP: I love talking about acting and can talk about it forever. It’s almost like meditation for me, and just like any conversation, if you’re nervous with a conversation you choose a topic that relaxes you. Speaking of being relaxed, I think it’s important to be relaxed in any scene, especially a tense scene. I have to be calm to portray those nerves and it’s such a double entendre, but it works for me. It’s very interesting, and I could go on forever.

YX: Yes I think I get it. I learned from another actor that the secret to playing someone who is drunk, is you have to play a drunk who thinks they’re sober.
RP: Yeah, always the opposite, it really is like that. Like if you’re playing an emotional scene, no one likes crying, so what you’re really showing is the prevention of crying; you don’t want to cry. When you have an emotional scene, you need to feel those emotions really come into the scene and try to prevent that from happening. And once you prevent that from happening, that’s when it really is connected to that actual emotion of crying. 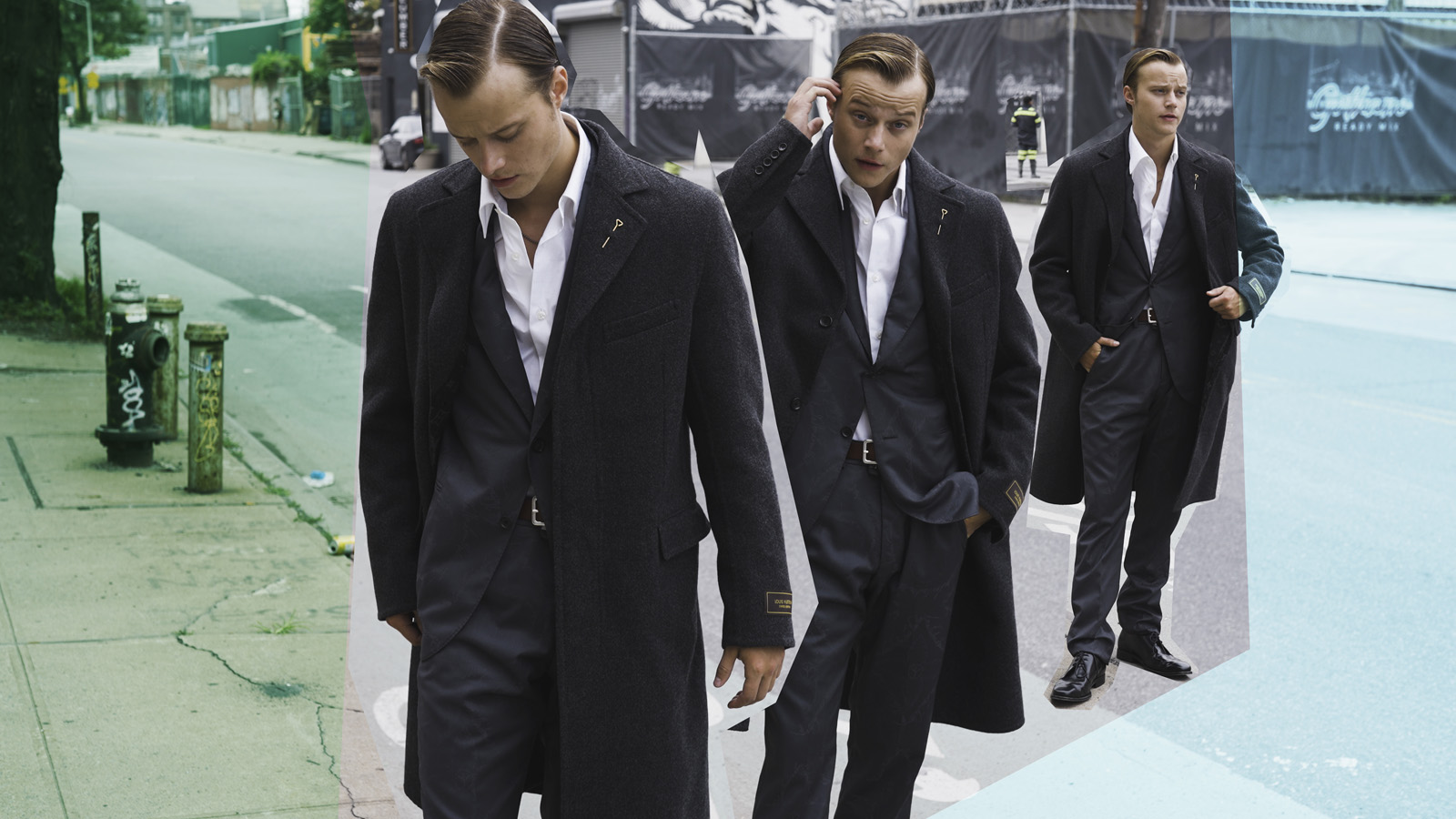 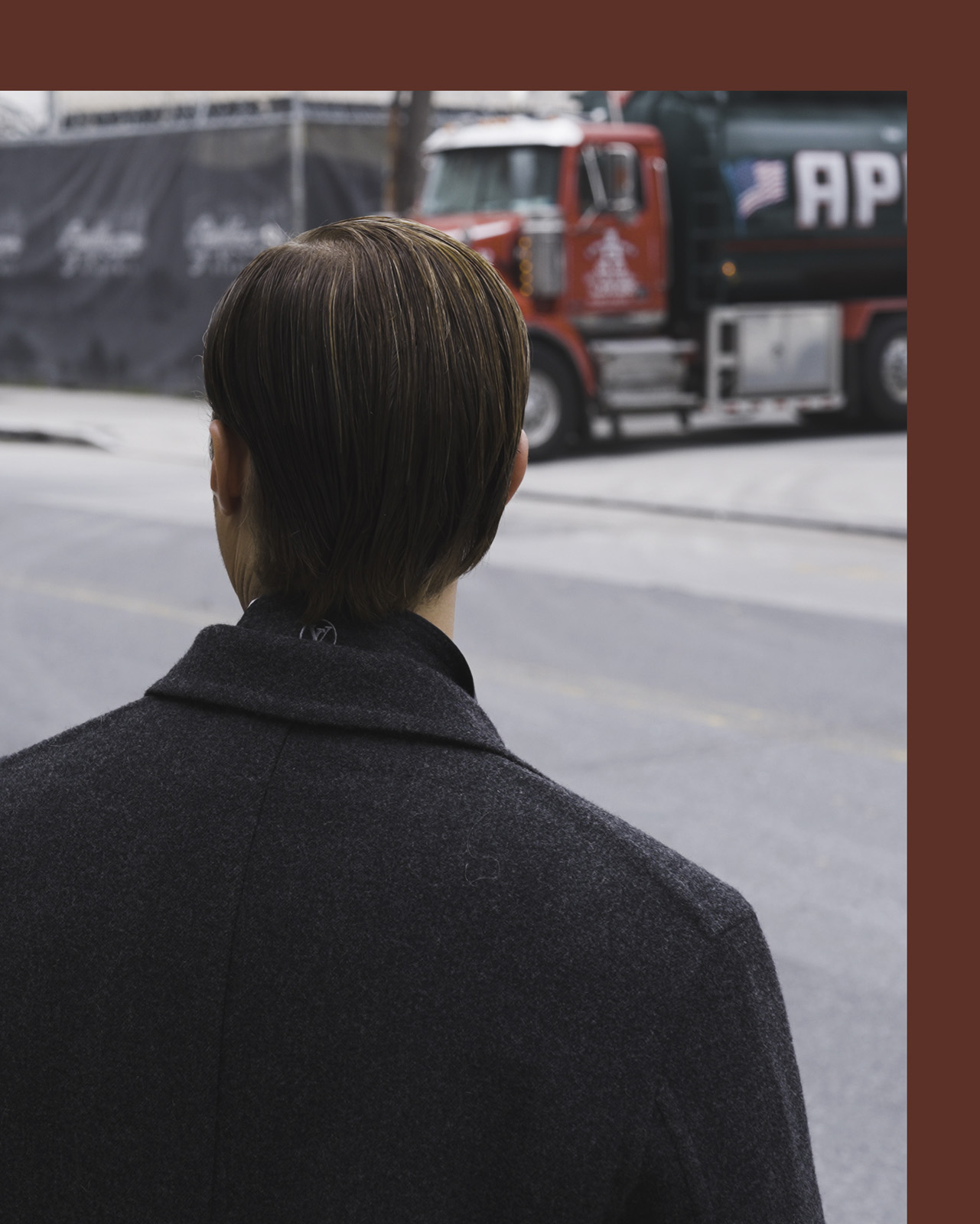 YX: Now I want to listen about acting all day! You make it sound so interesting and fascinating, I love it. Can you start a YouTube channel where you just talk about these acting techniques so we can all learn?
RP: I would love to and I was actually thinking about doing that. I would love to one day hold an acting class, maybe in my hometown. I think that would be really fun!

YX: Just so you don’t leave us wondering (from an instagram post), which Hogwarts house are you and why?
RP: Sometimes I like to have people keep guessing. But I’ve actually taken the test eight times, and out of the eight, I got Gryffindor twice, but then the other six times I got Ravenclaw. So I think I’m really a Ravenclaw.

YX: Well thank you so much Rudy for your time, and your contagious enthusiasm for acting. We at Visual Tales can’t wait to see you in more projects to come. 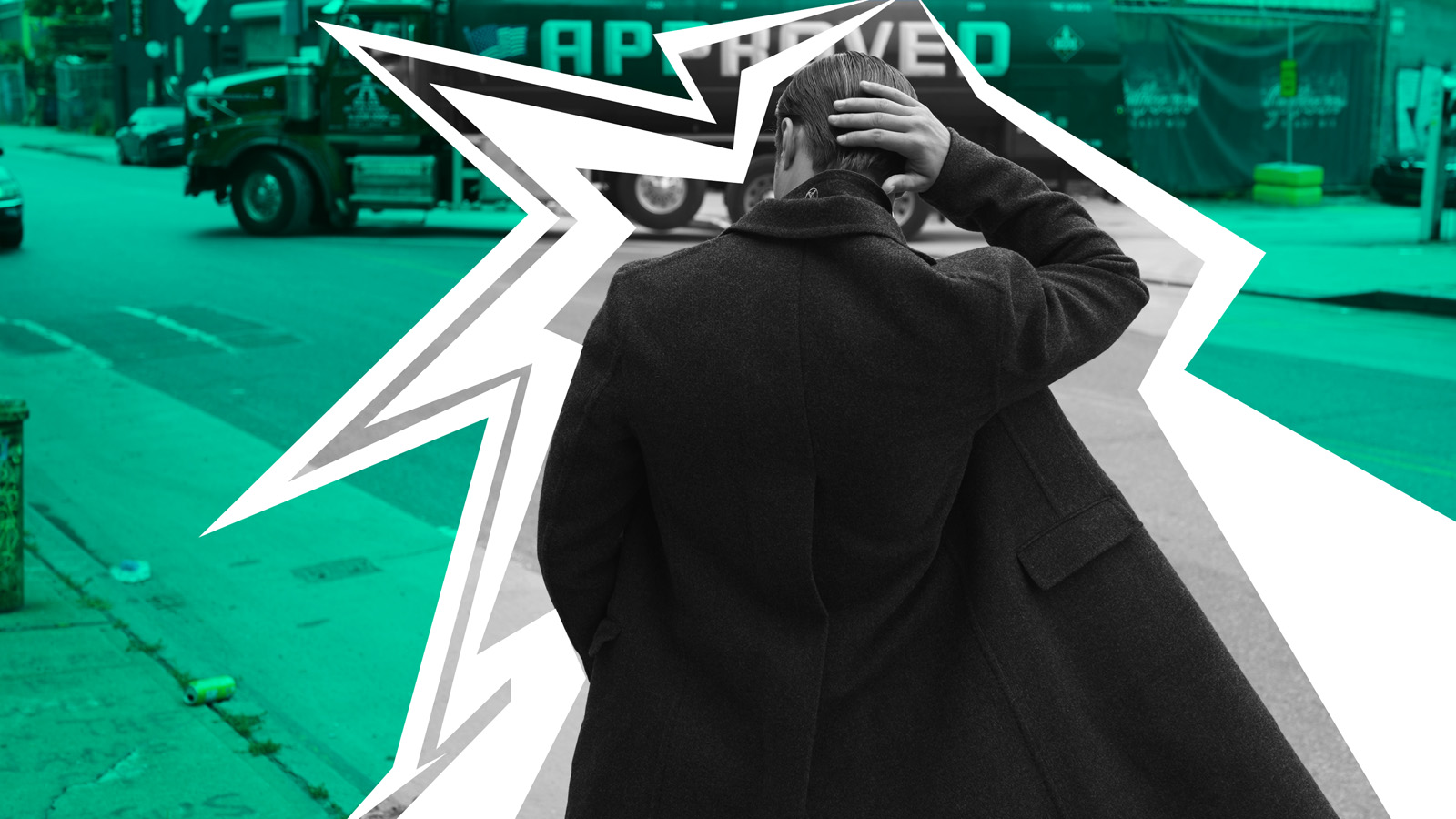 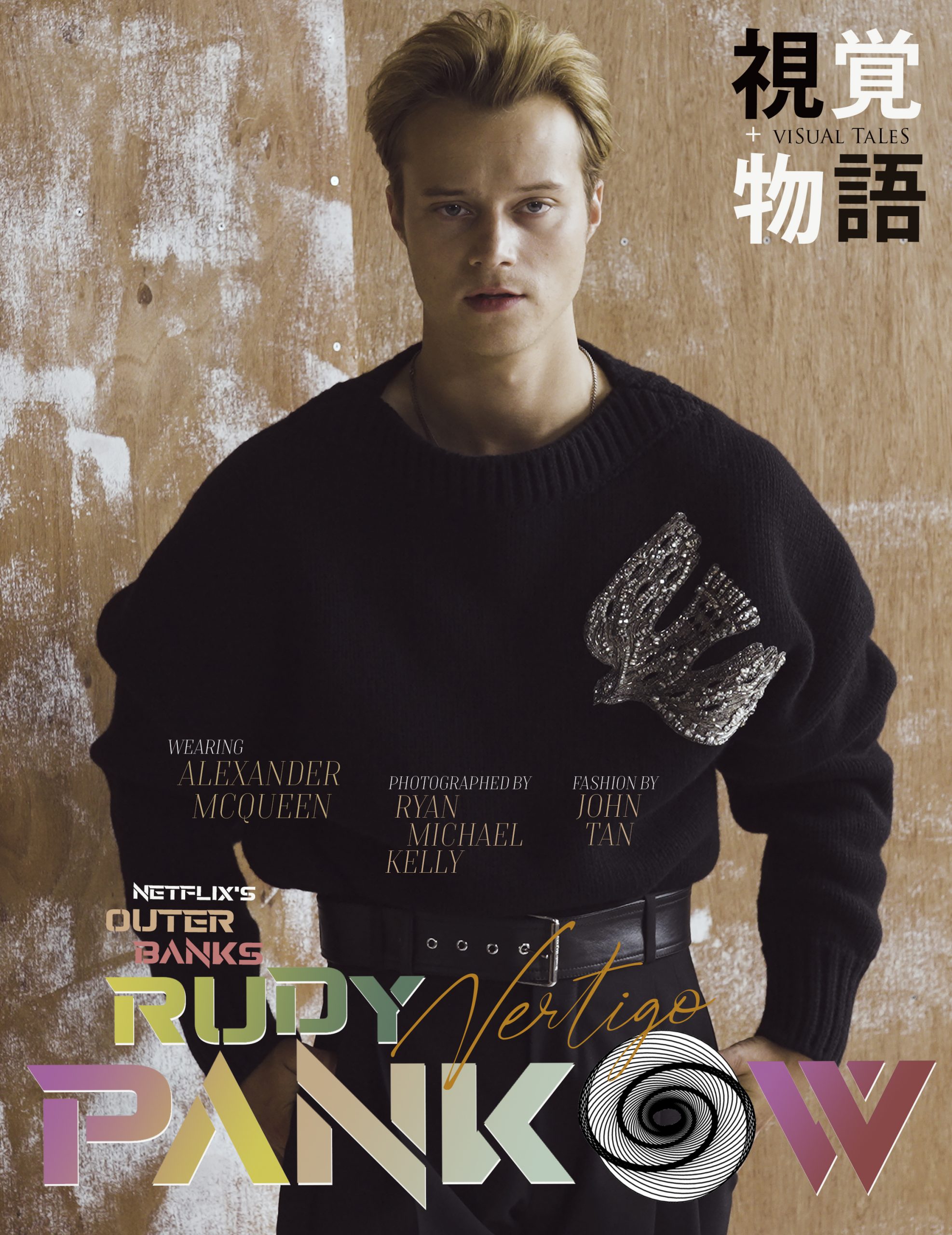