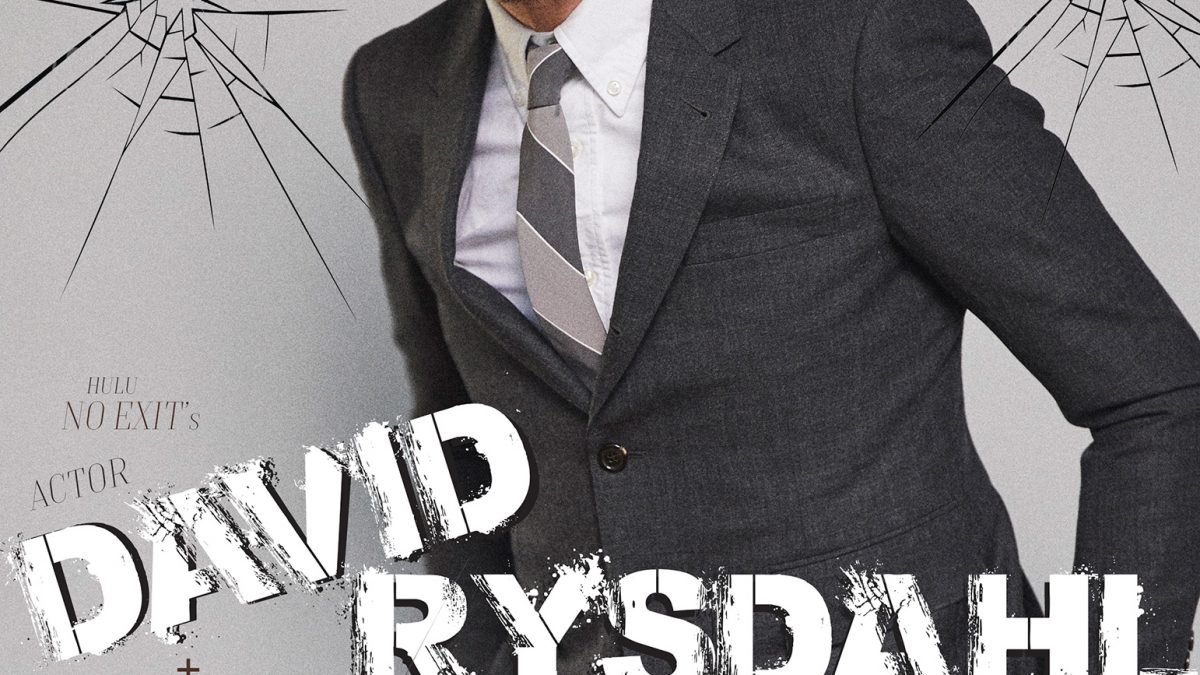 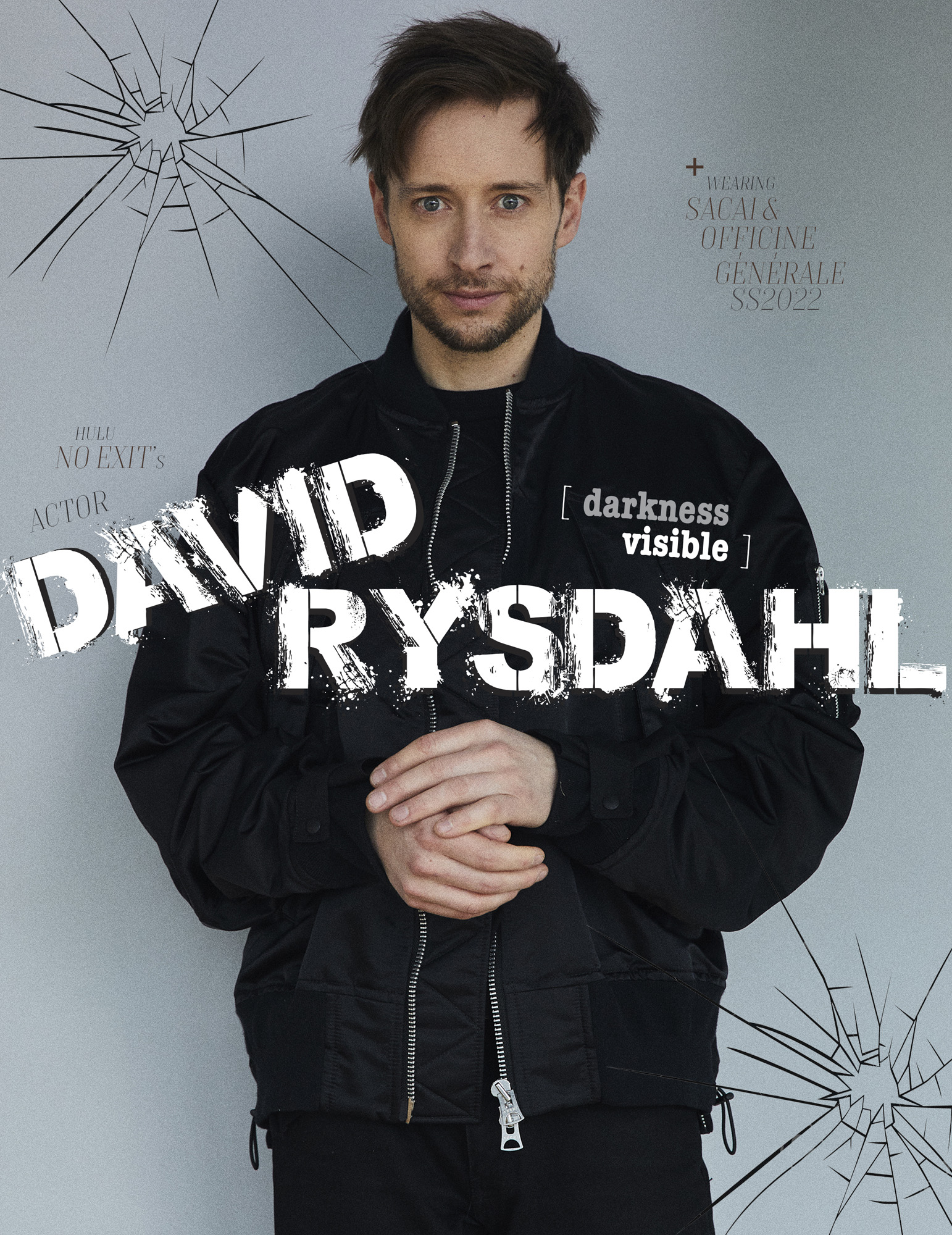 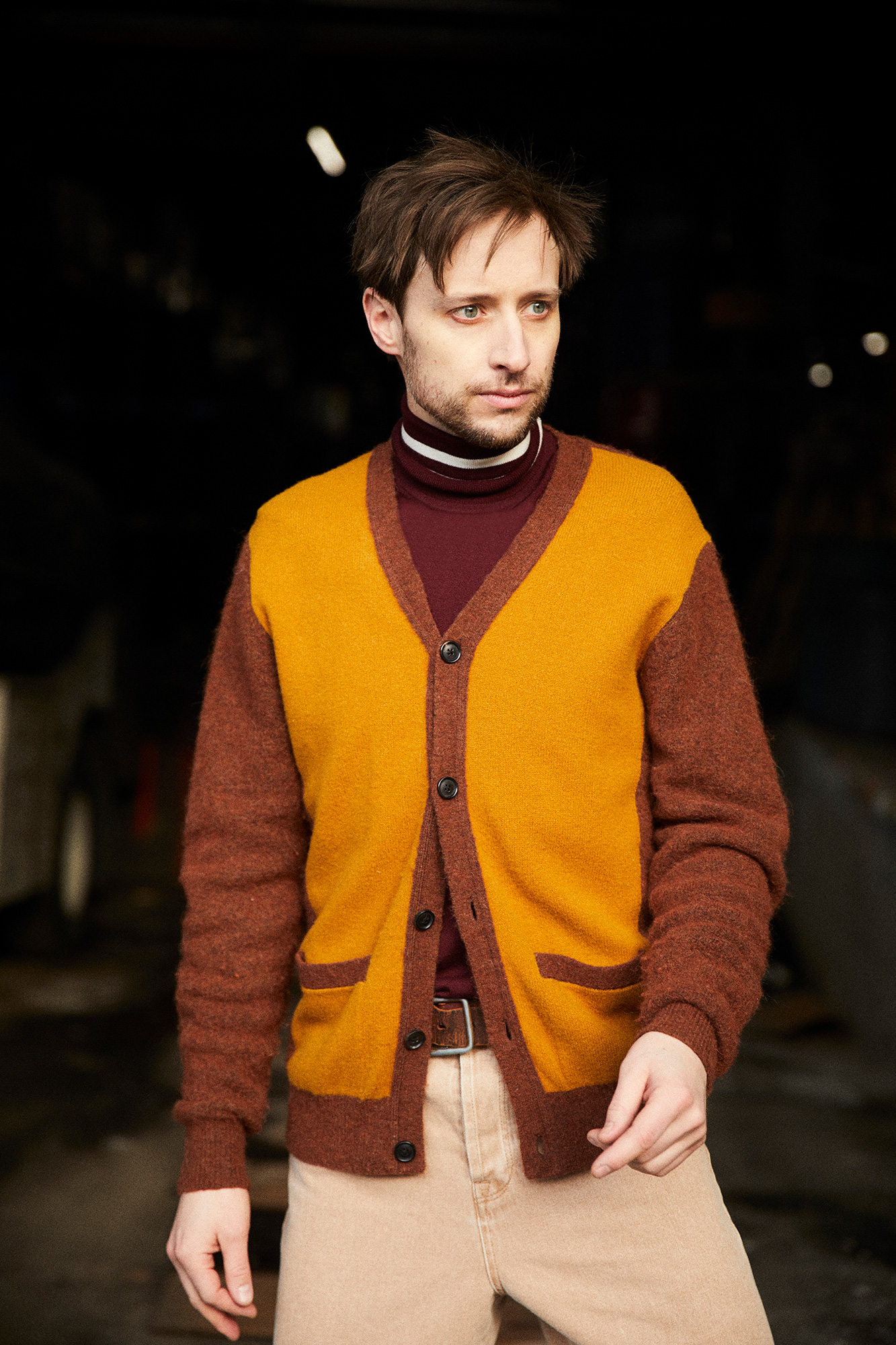 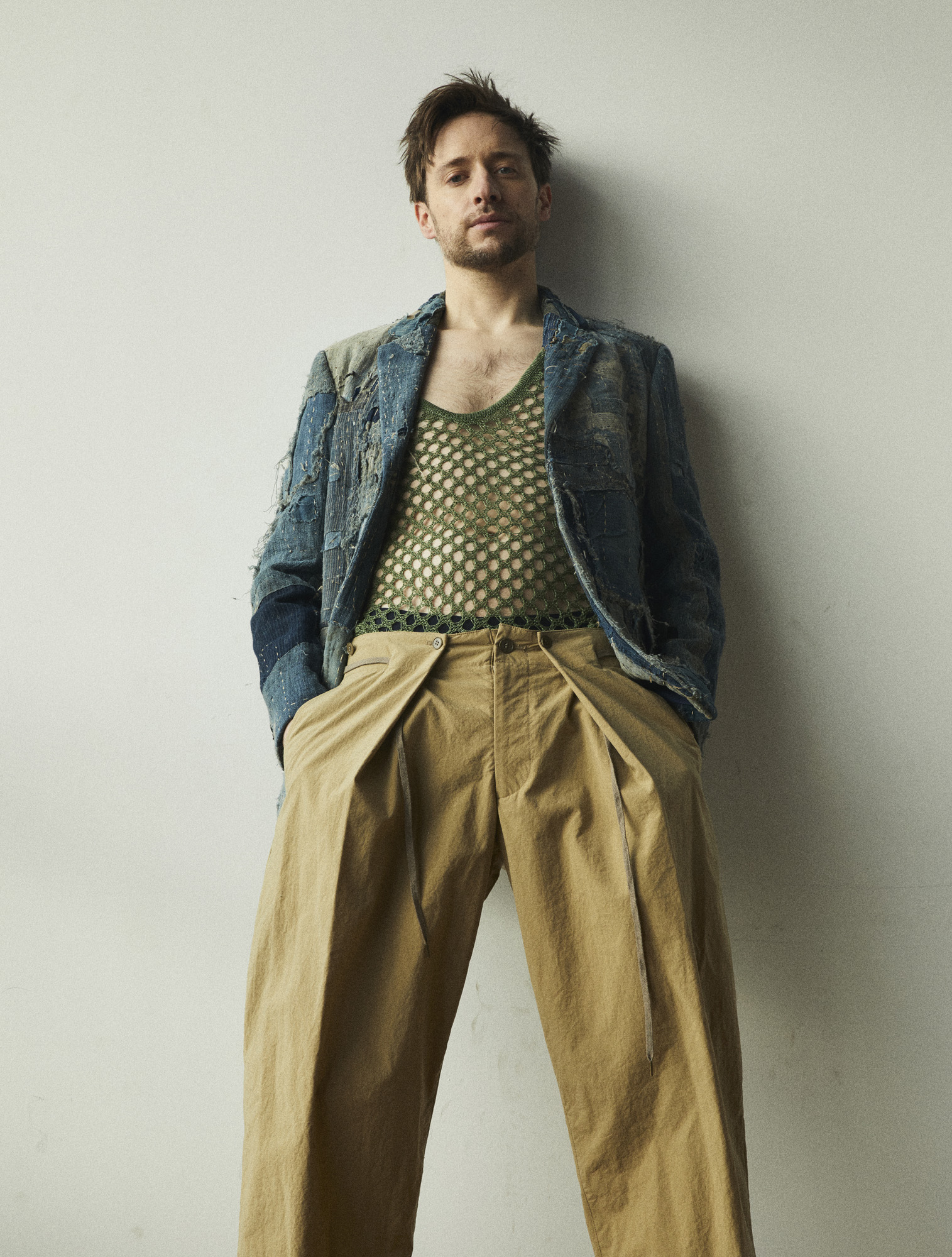 Visual Tales: Thanks David for taking the time to do this shoot for us. We were so impressed with your dancing skills on set. It kinda caught us all by surprise. Were you always into dancing?
David Rysdahl: I discovered dancing in high school with the musical The Music Man. I played this guy named Marcellus and sang this silly song called “Shipoopi.” During the song, I performed an even sillier dance. And I loved it! I danced a little in college and then really got into it in my early 20s in NYC.

VT: You are from New Ulm, Minnesota, what was life like growing up there? Have you ever thought about making a film about tales from your hometown?
DR: New Ulm was a wonderful place to grow up. My brothers and I would ride our bikes all over town. Most parents told their kids not to talk to strangers. Mine told us the opposite. They said that most people are good, and so we made friends everywhere with people of all ages. We were homeschooled and so we never really had a schedule. We’d do a little schoolwork in the morning and then take the day and go on an adventure. As for writing a film about my hometown, I wrote a feature called “Shelter” that we’ll be making in Minnesota this year!

VT: How did the love of acting and writing come into your life?
DR: As I stated, I grew up homeschooled. I went to what we called “real school” in seventh grade. The transition was really difficult, and I had a lot of social anxiety. I was the smallest kid in my grade and pretty shy. My mom convinced me to try out for the spring musical, Children of Eden. I went into the audition terrified, but there were only a handful of boys auditioning and I booked the role of Cain. I loved it. Being on stage was a religious experience, and it got me out of my shell. As for writing, my mom would read to us every night. My brothers and I grew up with stories. We spent much of our childhood in the forest near our house playing make-believe. My writing feels like an extension of that part of myself. 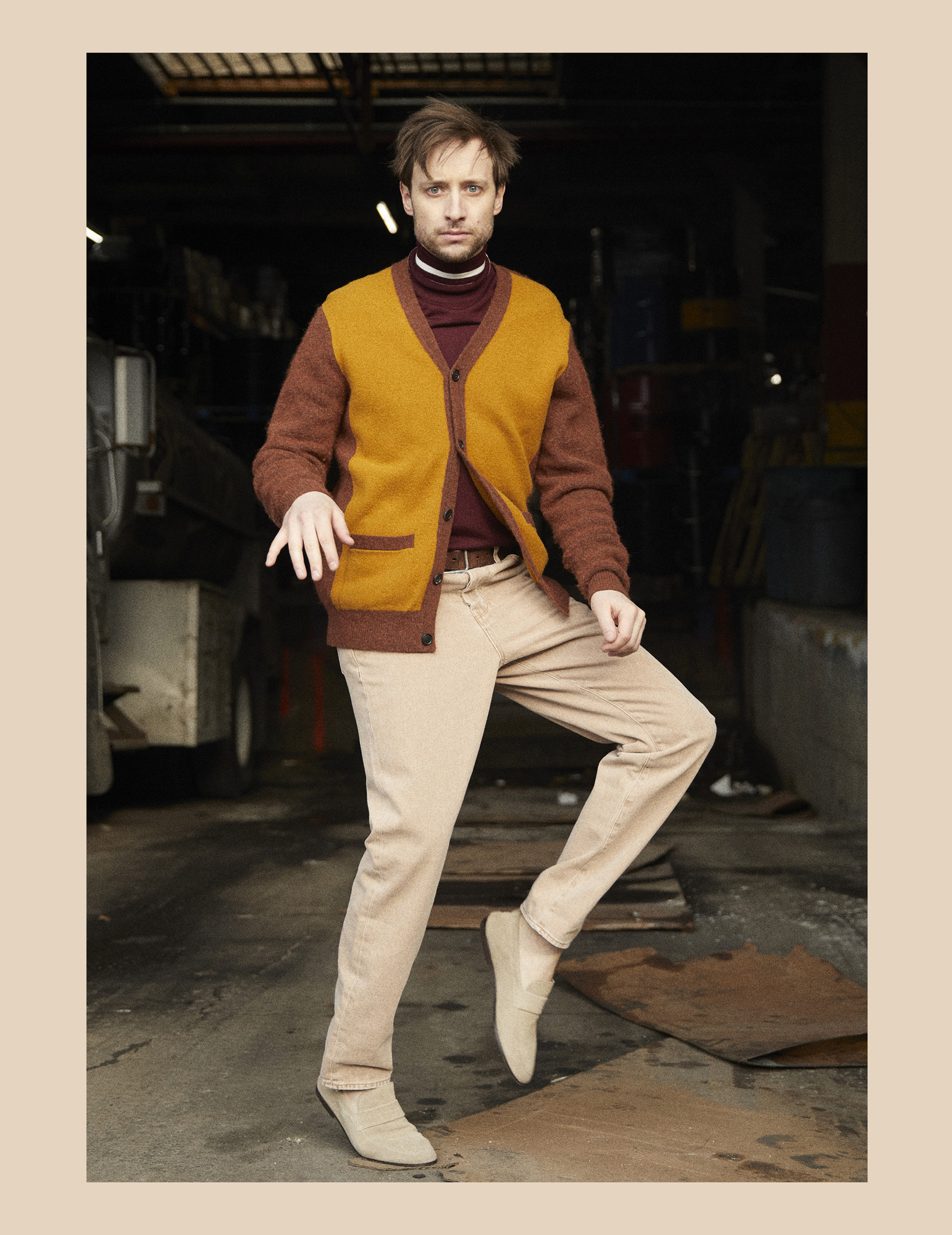 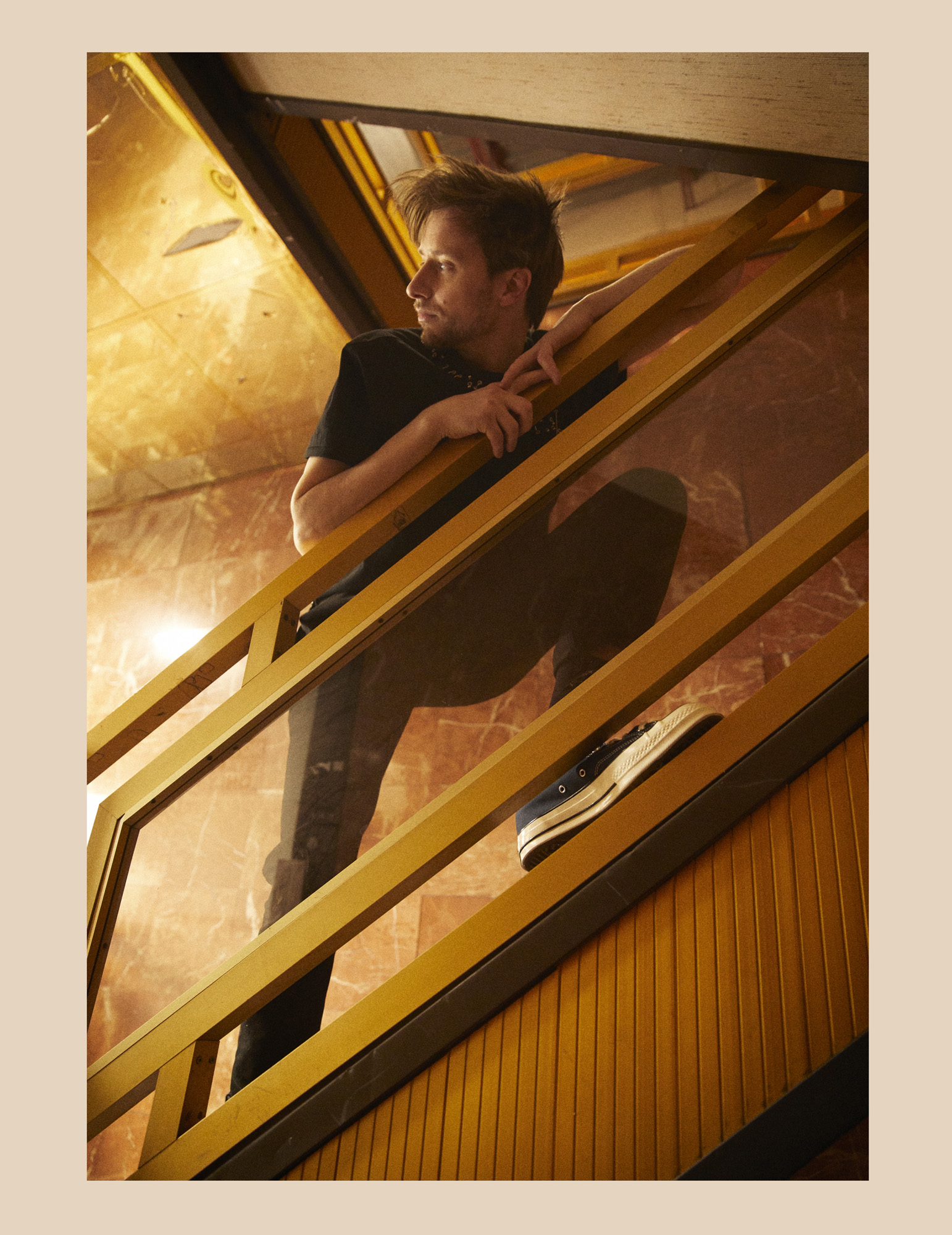 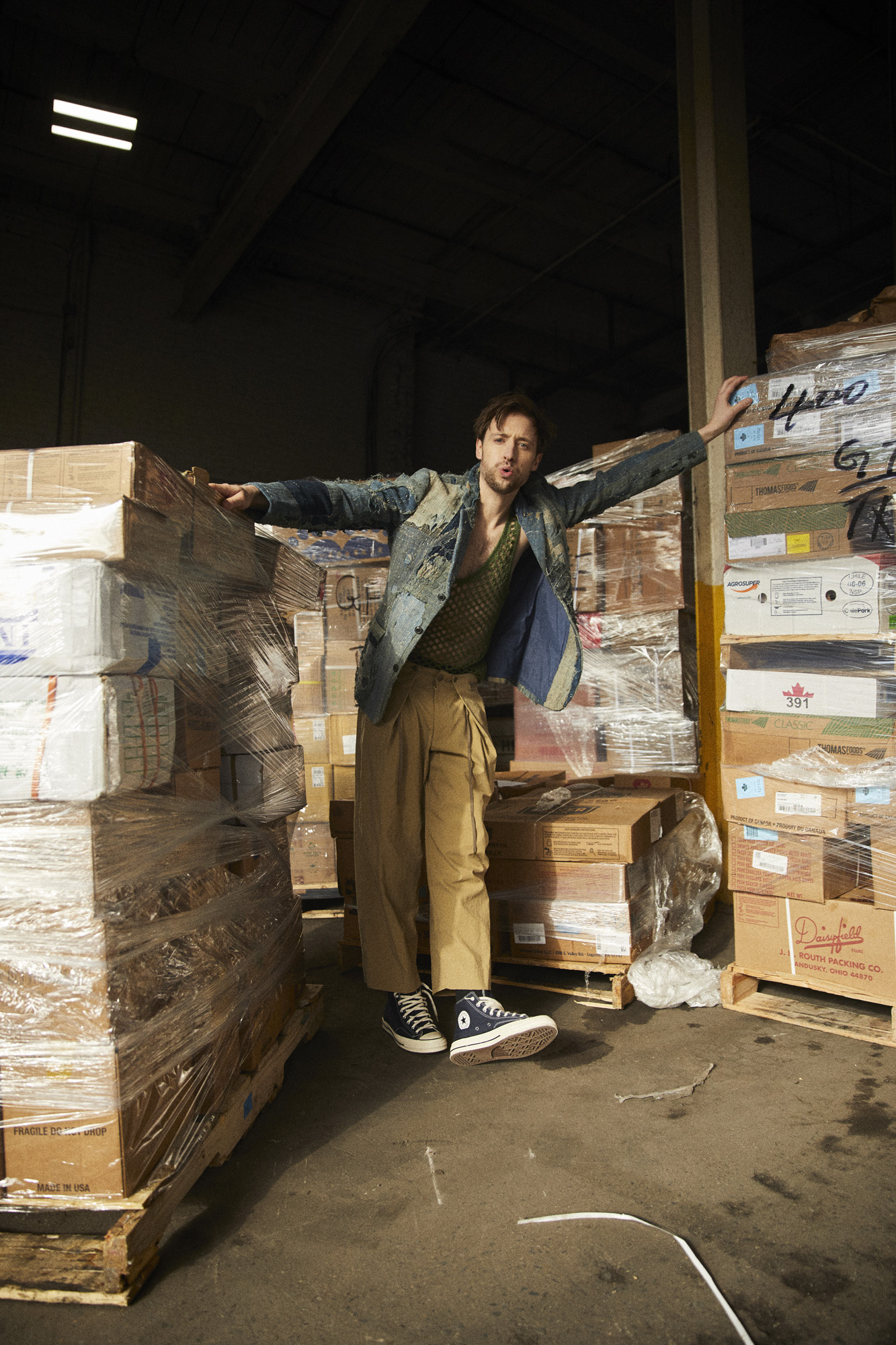 VT: Your body of work so far tends to be drawn towards dark reality and the human condition. From Shelter, Black Swell (both of which you wrote) to film roles such as Nine Days and The Revival. They all dealt with life or how society perceived what is acceptable love. With the world in such turmoil and uncertainty, do you feel it is all the more relevant to share stories that explore the true meanings of life and what matters?
DR: I grew up extremely evangelical. I have a very complicated relationship with that religion now, but growing up that way taught me a lot about empathy. I grew up trying to emulate Jesus, who, if read a certain way, was a radically beautiful teacher who stood up to toxic authority and championed the poor and downtrodden. My Christian childhood influenced the types of stories I’m drawn to – outsider stories. The ironic thing about the last two years is that we all feel like outsiders. We’ve spent two years isolated, and our society is lonelier than it has ever been. I think it’s imperative to create stories that bring us together – stories that focus on community and empathy.

VT: Speaking of short films, you have done many, what do you love about making these kinds of films in these formats? For example, what made you decide to write Black Swell?
DR: I love short films the same way I love short stories! They’re hard to do well because the storytelling needs to be really efficient. With Black Swell, I wanted to play with perspective in a small space. We’re in Richard Kind’s head and the narrative leads us and him to that final revelation. I’ve been asked if I wanted to make it into a feature, but I don’t think there’s a feature there. I think a story tells you what it wants to be, and it’s important to listen and not force it to be something that it’s not.

VT: A lot of actors liken to dive into their characters with a full-on transformation, to the point where they might have a hard time shaking it off and be themselves again. What’s your preferred choice in approaching characters? Have you ever been in a similar situation?
DR: Part of the allure of acting is the chance to explore situations that I’d never explore in real life - like a terrifying snowstorm with a kidnapped child for example (No Exit). Whenever I play a character, it’s important for me to talk about them like they’re me and not the character I’m playing. I start with that premise: that I am the character and I build from there. Working this way allows my subconscious to further empathize with my character. When I was younger, this way of working could get confusing in real life – I’d fall in love with my costar for example or I’d wallow in the darkness of the story. I’ve learned to draw a hard line between my life and my character’s life, which paradoxically allows me to go deeper when I am in character because I can fully live in the fictional circumstances of the story. When that line is blurry, it can muddle the work. 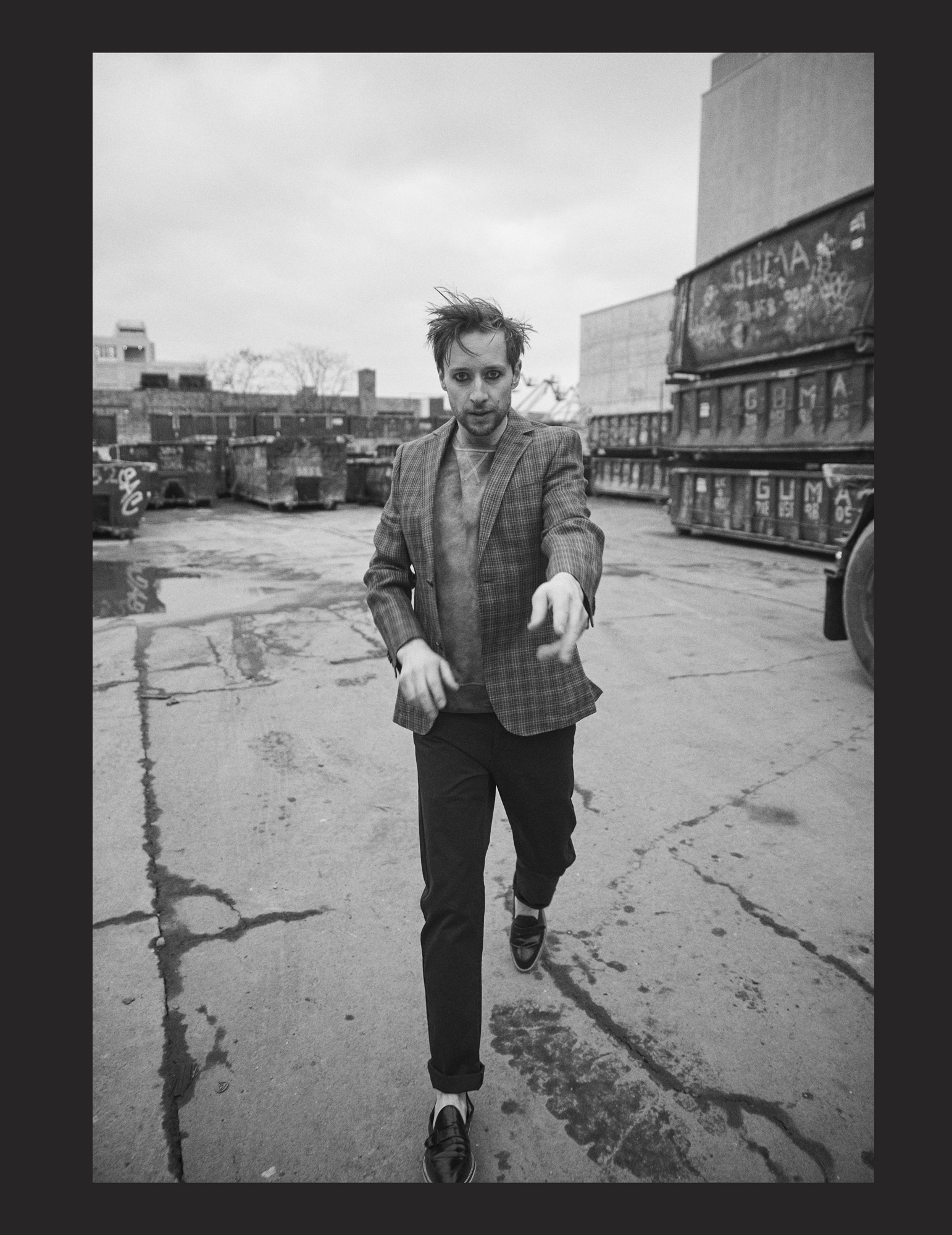 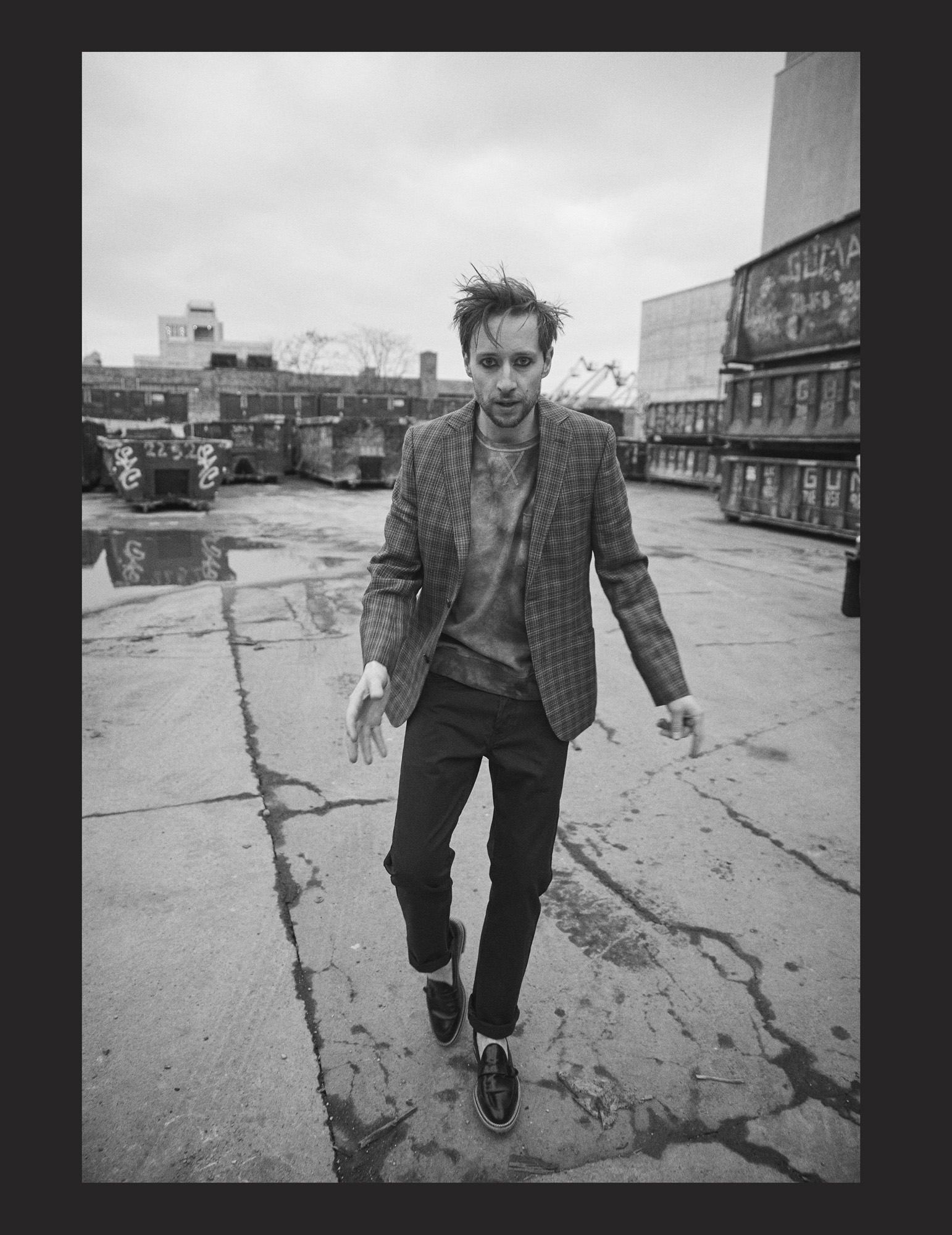 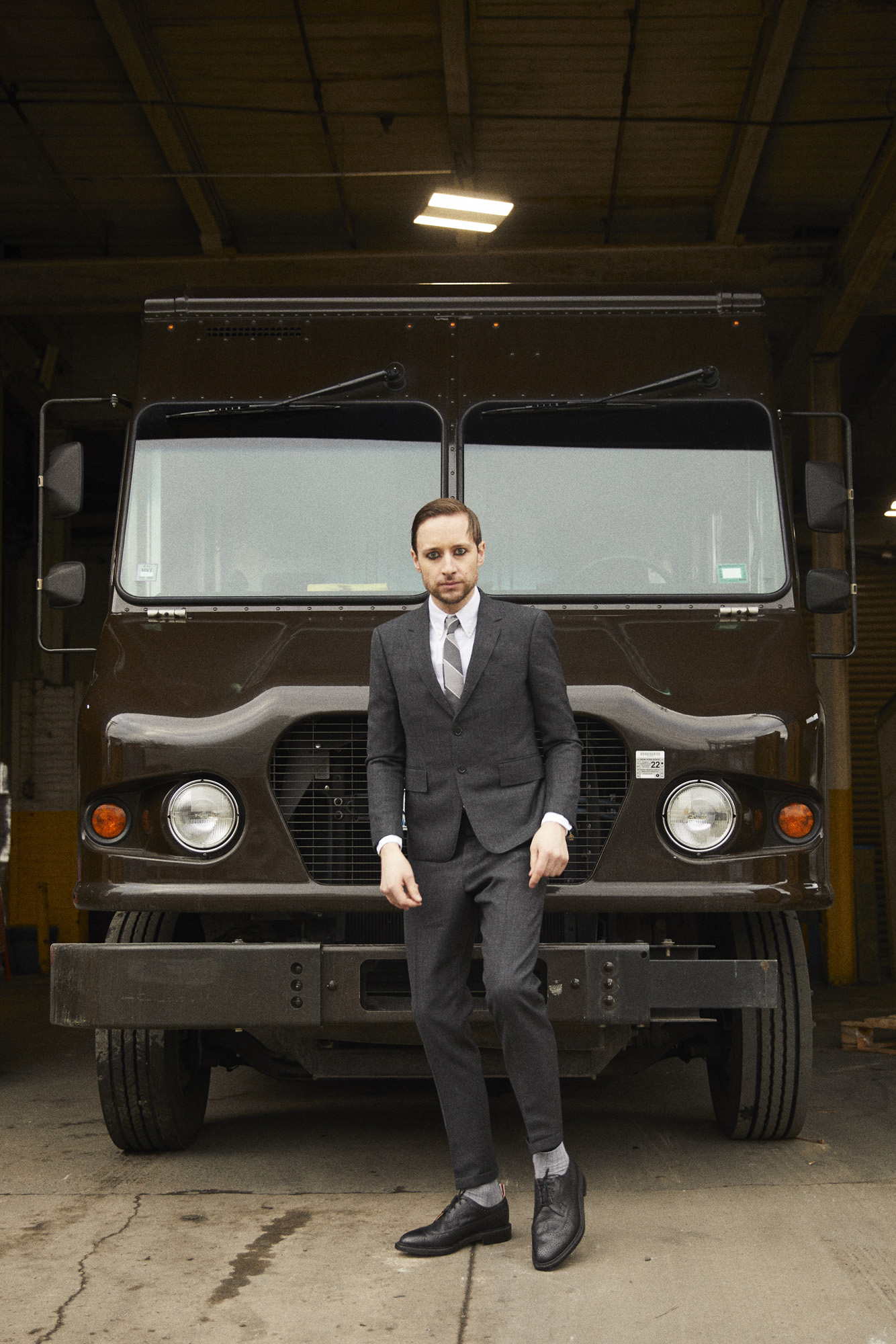 Suit, shirt, tie and leather shoes, all by THOM BROWNE

VT: You and your wife, the beautiful, stylish, and very talented actress Zazie Beetz, are both accomplished actors. We love the fact you and Zazie, do love to find projects (like Nine Days) to work on together. A lot of times, actors who are couples intentionally try to separate work from their private life. It is quite refreshing that you both do the opposite. What do both look for in a given proposed project and decide on whether to work together on it or not?
DR: We love working together! It took us three years into dating to be able to share that part of ourselves. When choosing projects to work on together, we always want to make sure we are both right for the role. Sometimes she’ll get a script and there’s a character my age, but it won’t feel right for me to play him - the character doesn’t live inside of me. It doesn’t feel right, and we never want to force it. As for projects, we are drawn to stories that explore the absurdity of being alive in all its dimensions - scripts that feel like we’re seeing the world fresh through someone else’s eyes.

VT: More and more, actors are getting into writing, directing, and producing their own projects, what are your plans in terms of developing projects of your own?
DR: We are in development on a few projects. As actors, it sometimes feels like we are babysitting someone else’s child. We come in and nurture it for a while and then give it back to its parents, but developing our own projects feels like we are raising our own children. It has been exhilarating!

VT: Zazie and you are both very involved in a lot of causes, share with us some of the causes you are both passionate about?
DR: We are passionate about the climate crisis because it touches on so many other crises: economic inequality, racial inequality, immigration. We also think it’s an opportunity to rethink how we live with each other, what we owe our fellow humans, and how we treat the wilderness around and within us.

VT: Your new film, No Exit (premiering on Hulu on Feb. 25) is a survival thriller, in it, you portray the character of Lars—tell us about the experience of making of the film, how did you prepare yourself for the role and what the character Lars is about.
DR: Shooting in New Zealand, I had two weeks of quarantine in a hotel room. It was great prep for a film that had us isolated in a winter storm. I would walk around the small room trying things out and getting into Lars’ head. I felt a little crazy half the time. 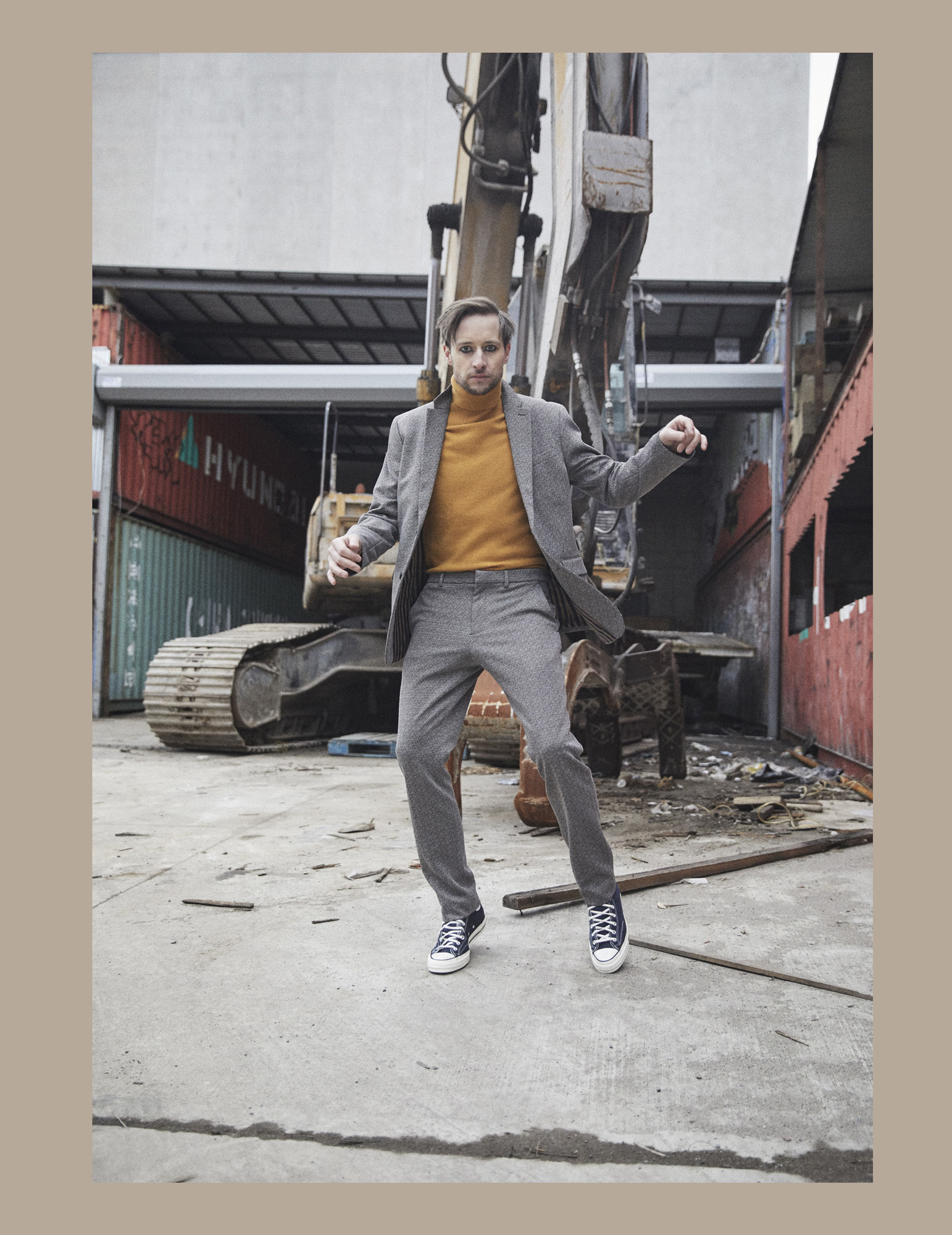 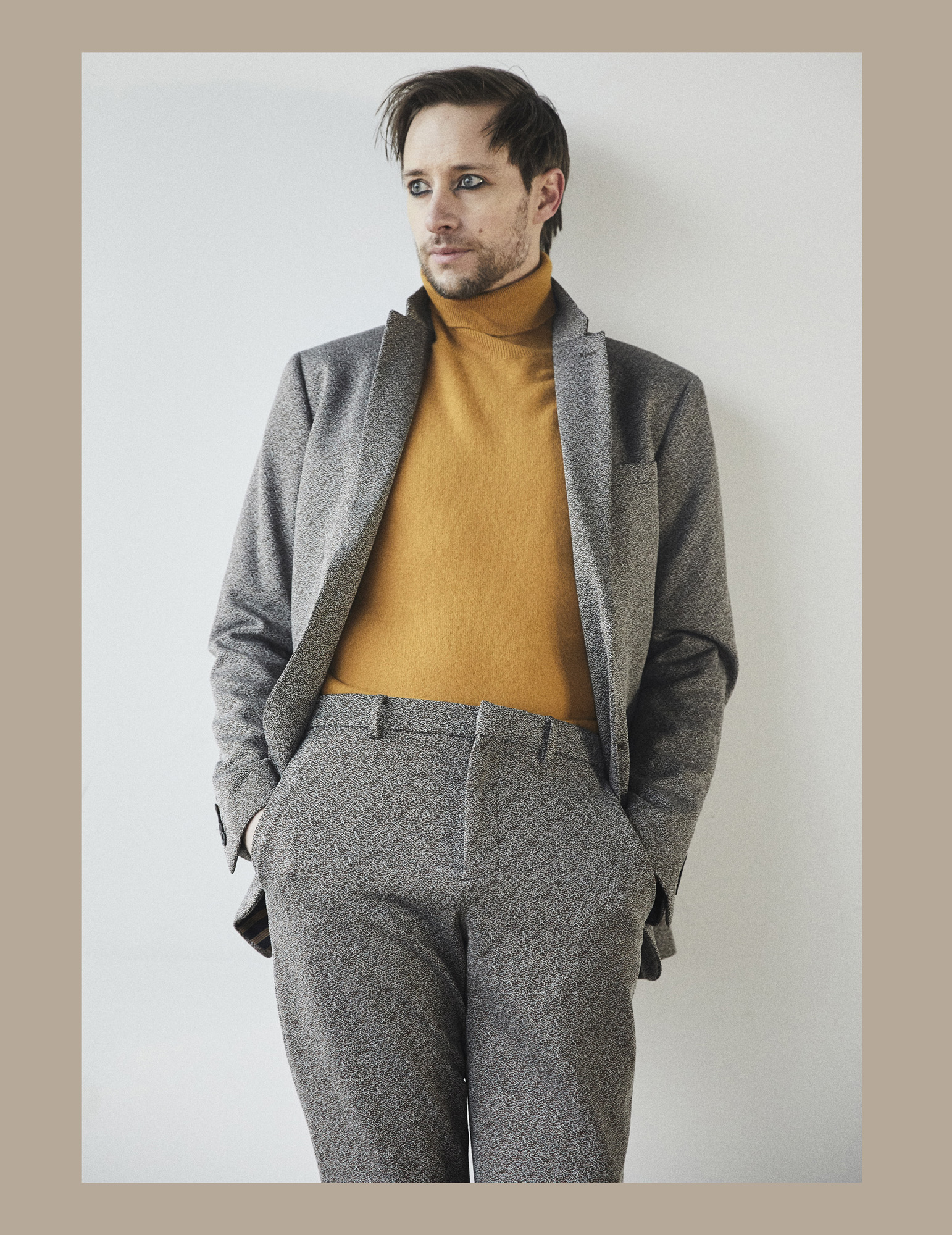 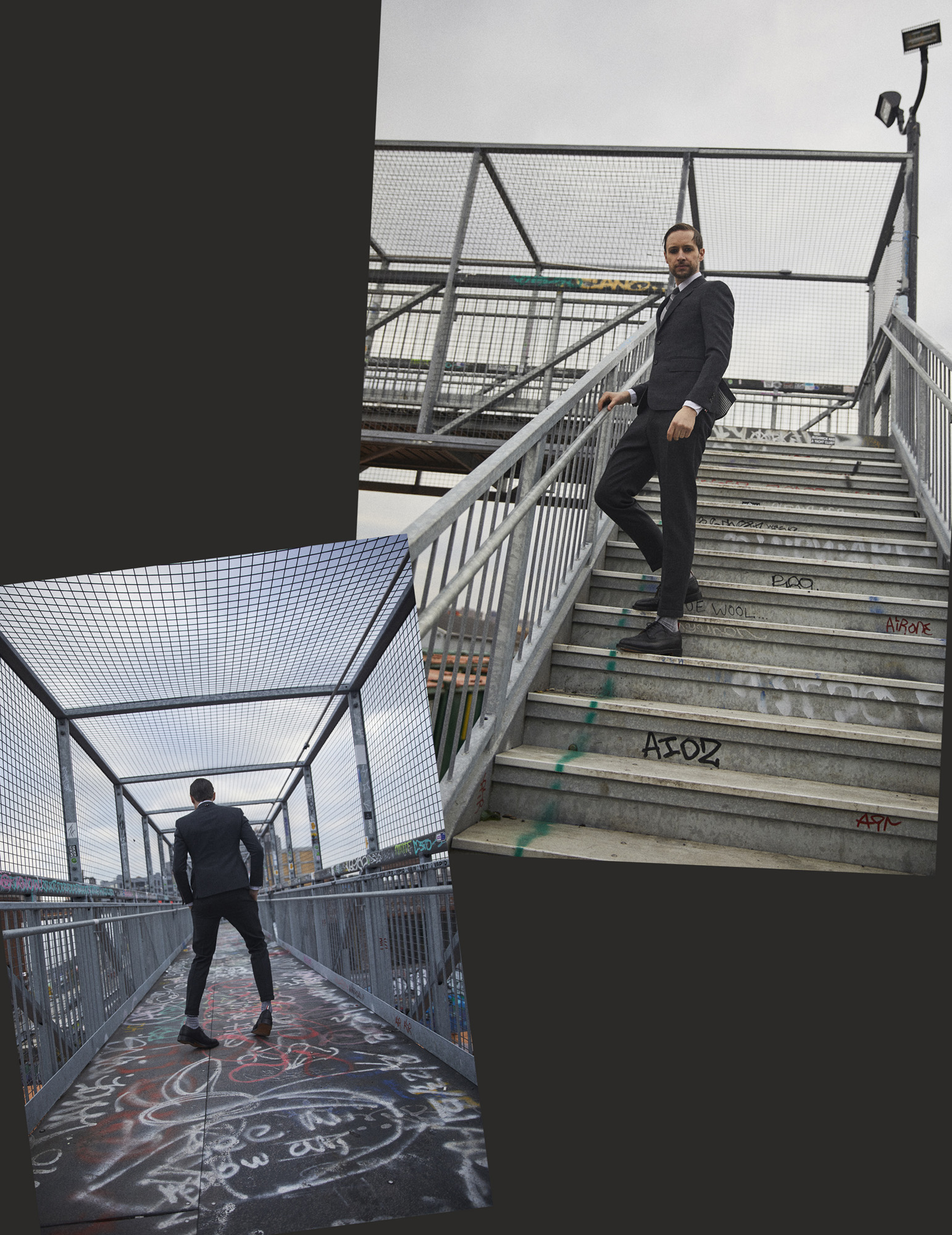 Suit, shirt, tie and leather shoes, all by THOM BROWNE 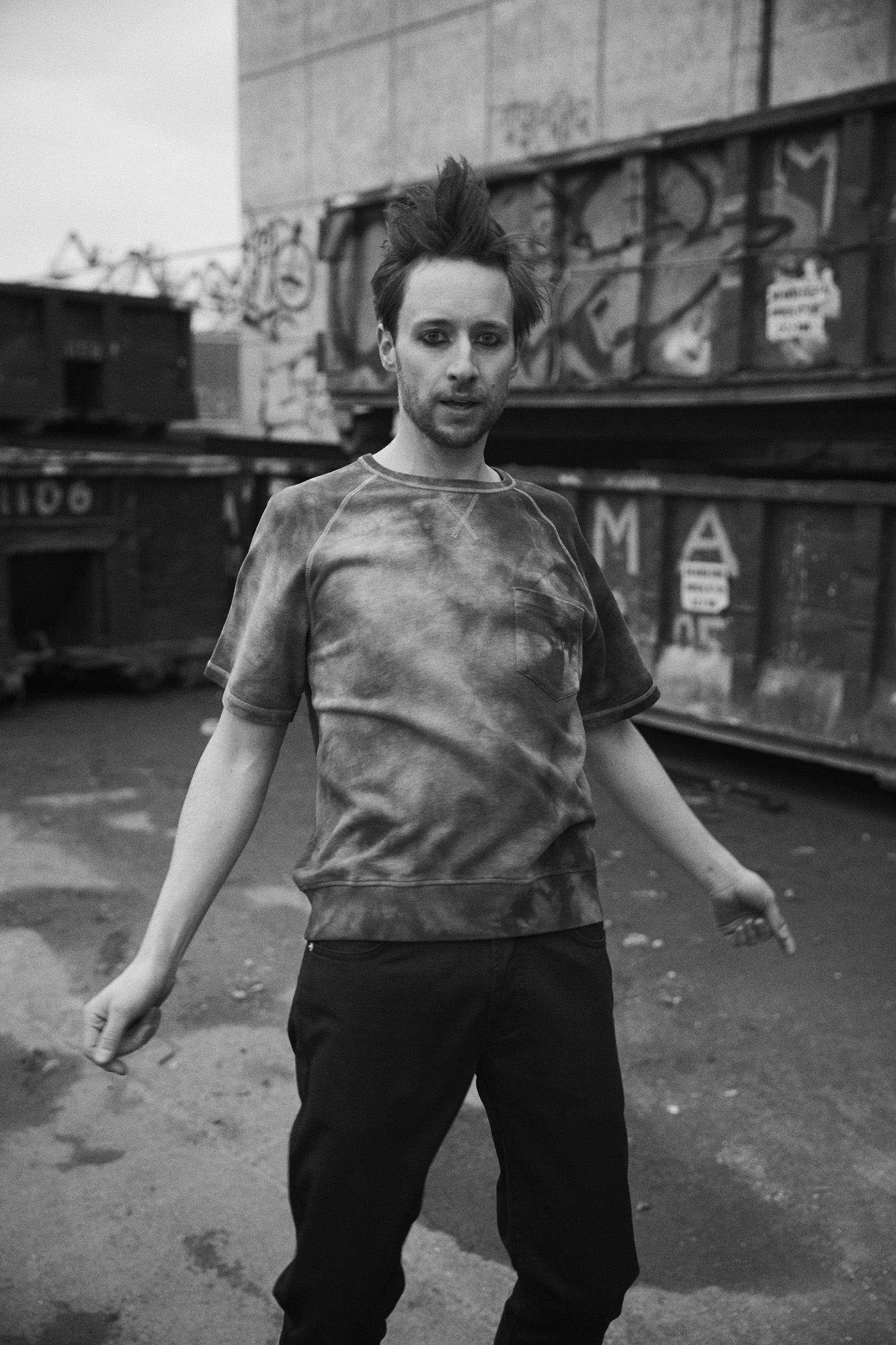 VT: If you are stuck in a snowstorm in a far remote highway rest stop, what would you like to have in your survival escape kit?
DR: Growing up in rural Minnesota, we always kept a large candle in the trunk so that if we got stuck, we wouldn’t freeze! We were always told “stay in the car and light the candle.”

VT: Which book that you have read that had a major influence on you and you wish you would have written?
DR: I just read Ishmael by Daniel Quinn. The book really hit me and has wormed its way into my subconscious. It has widened and sharpened my perspective. I want to create stories like that!

VT: If you and Zazie have the opportunity to do a remake classic together, which one would you choose and why?
DR: We are remaking Rapunzel right now – it’s been fun taking this classic story and asking, “what happens after ‘happily ever after.’”

VT: You must have traveled a lot through all the films you have done, is there a memorable tale or encounter you can share with us?
DR: I shot an indie where one scene was set at a huge racetrack. We didn’t have a permit for the track and the producer’s plan was to shoot it “gorilla” style, which means we’d shoot it without permission. A security guard ruined our first take. The producer pleaded with the guard saying that, “he always came to the track as a child and really wanted to replicate the feeling in this movie.” The guard winked at him and told him he would be back in fifteen minutes, which we all took to mean we had fifteen minutes to get the shot! The adrenaline really begins to pump in those moments. We had one chance, and we got it 😊

VT: If you are trapped in some isolated location and the only way to send a message to anyone is a message in a bottle, what would you write?
DR: SEND HELP. 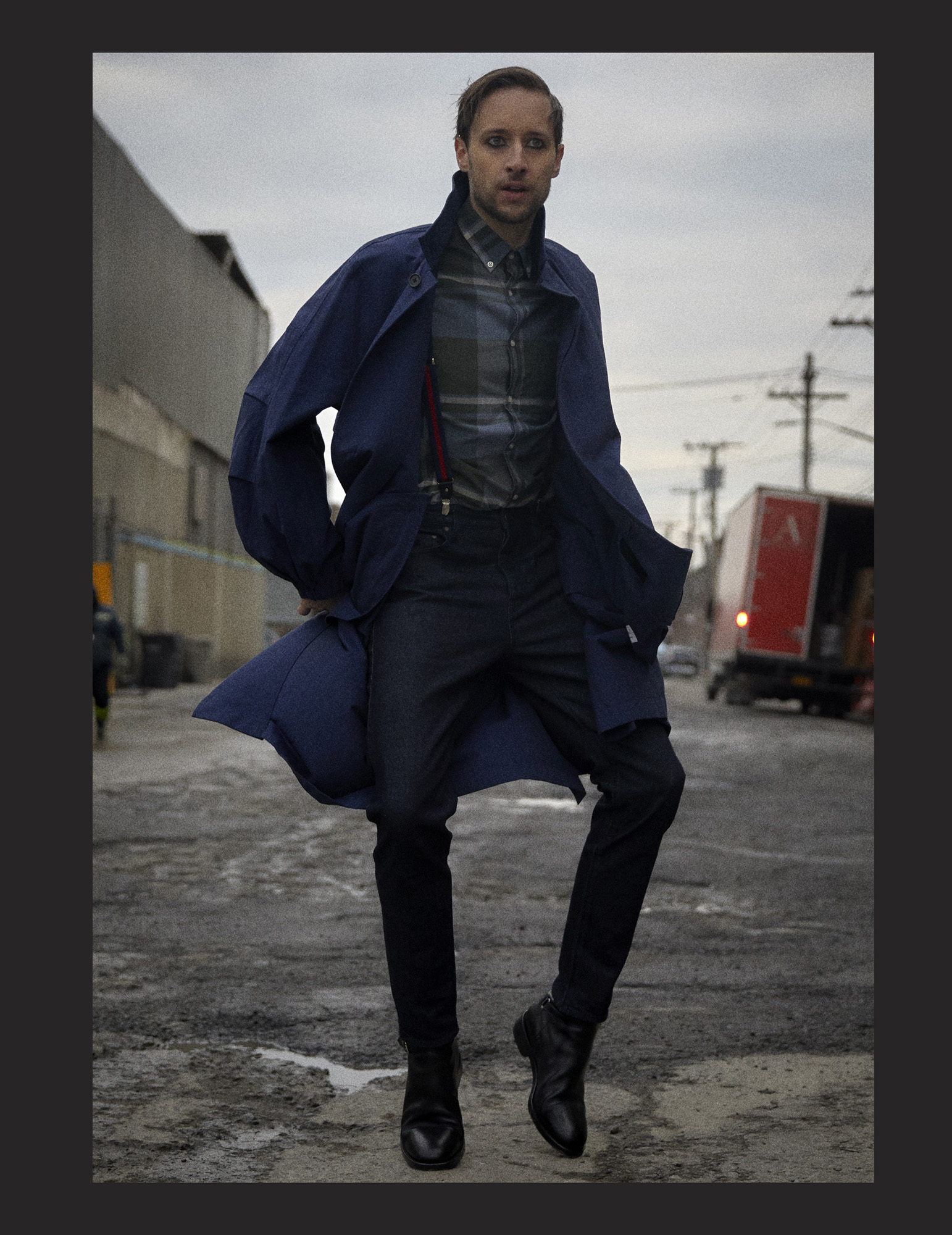 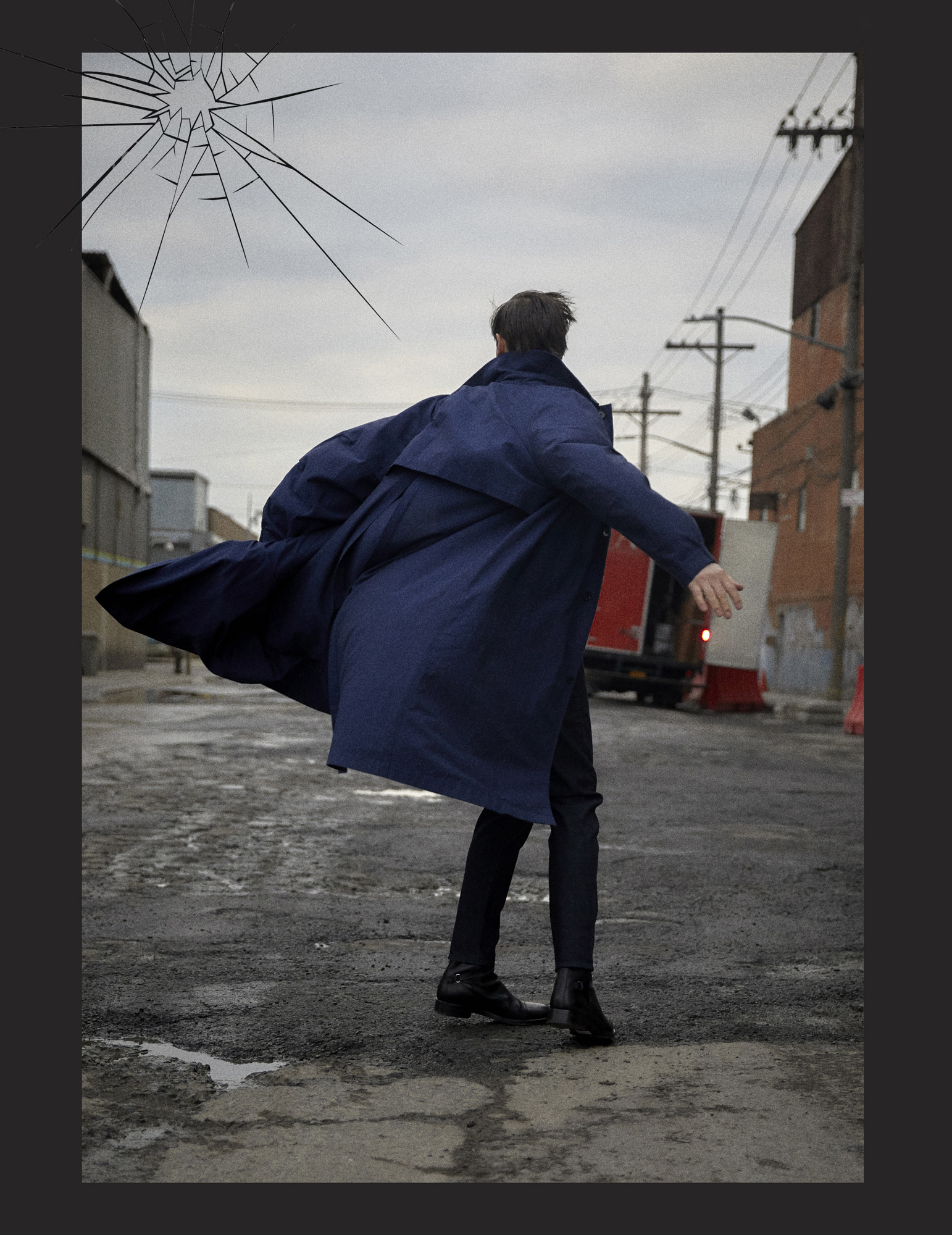 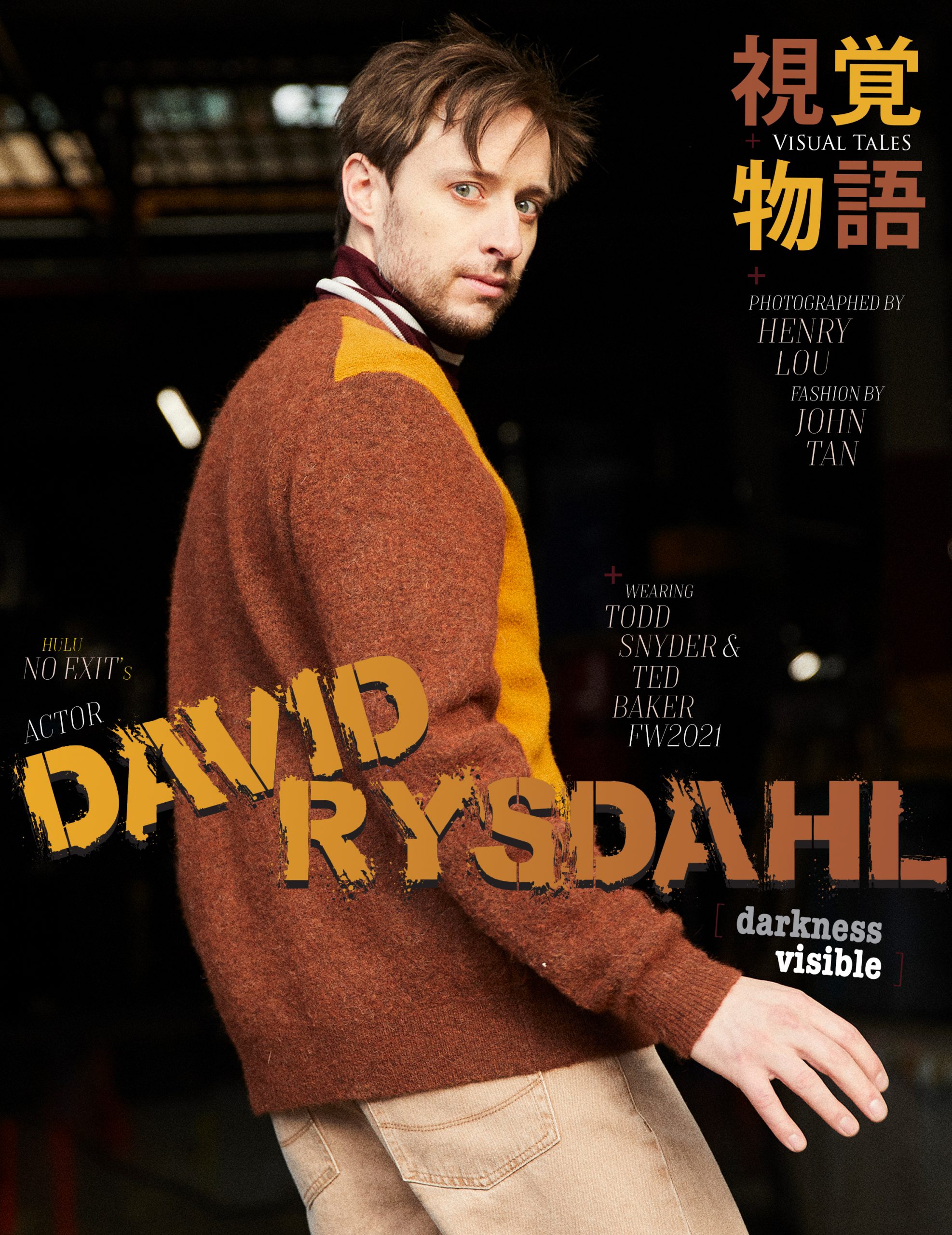