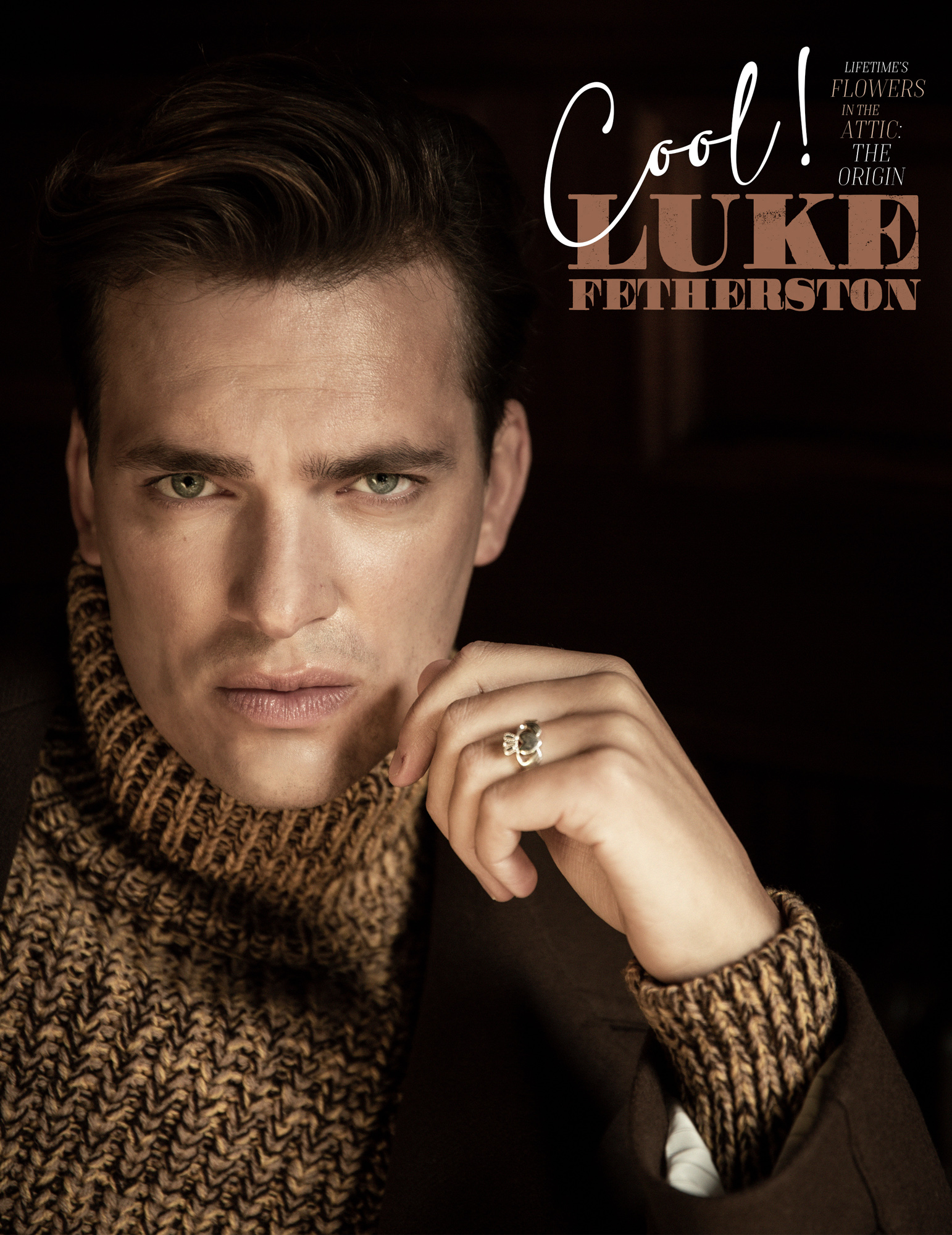 Jumper by TOD'S by WALTER CHIAPPONI; trouser by KENZO by NIGO; shoes by GRENSON 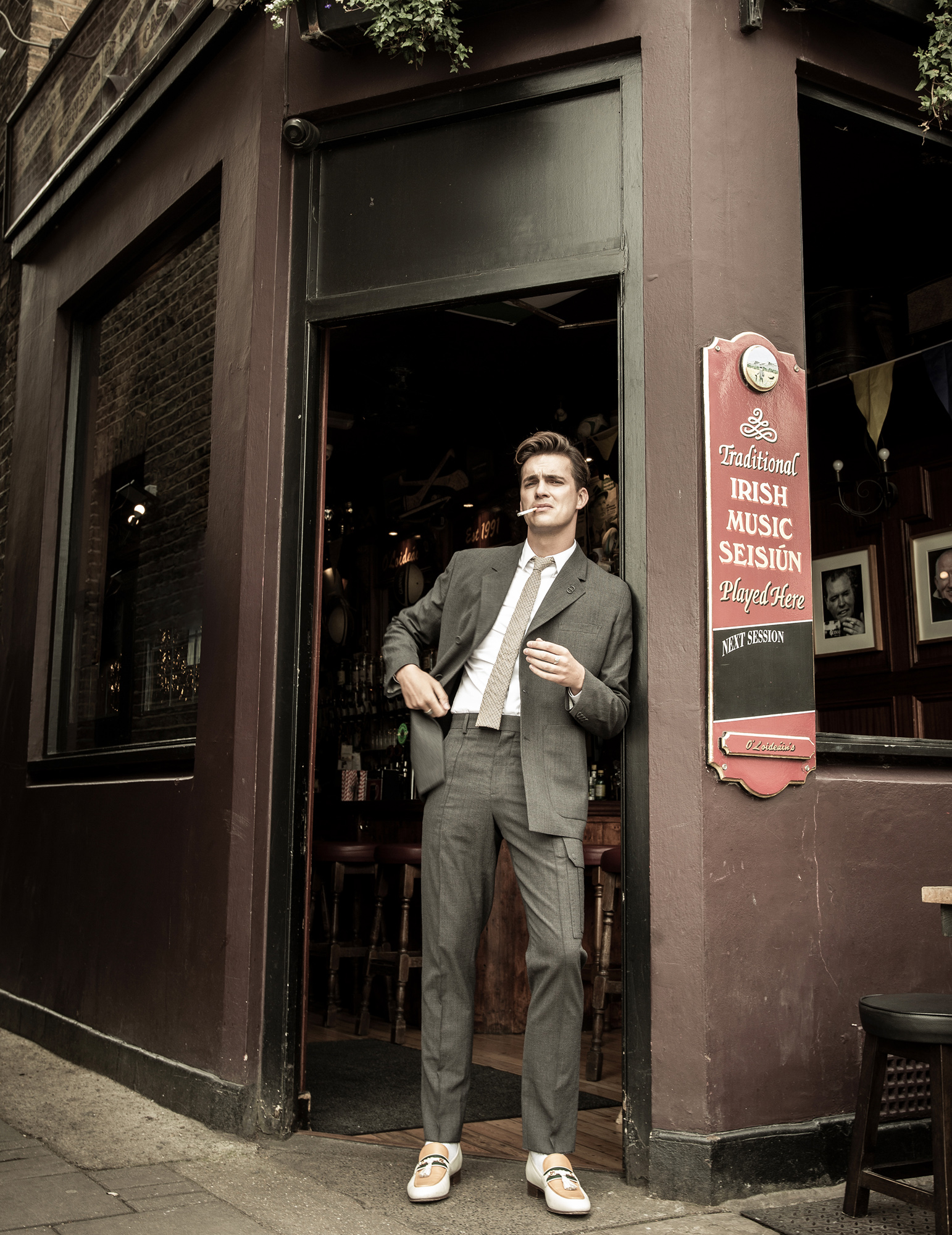 Suit and shirt, both by DIOR by KIM JONES; tie by KENZO by NIGO; loafers by GUCCI by ALESSANDRO MICHELE 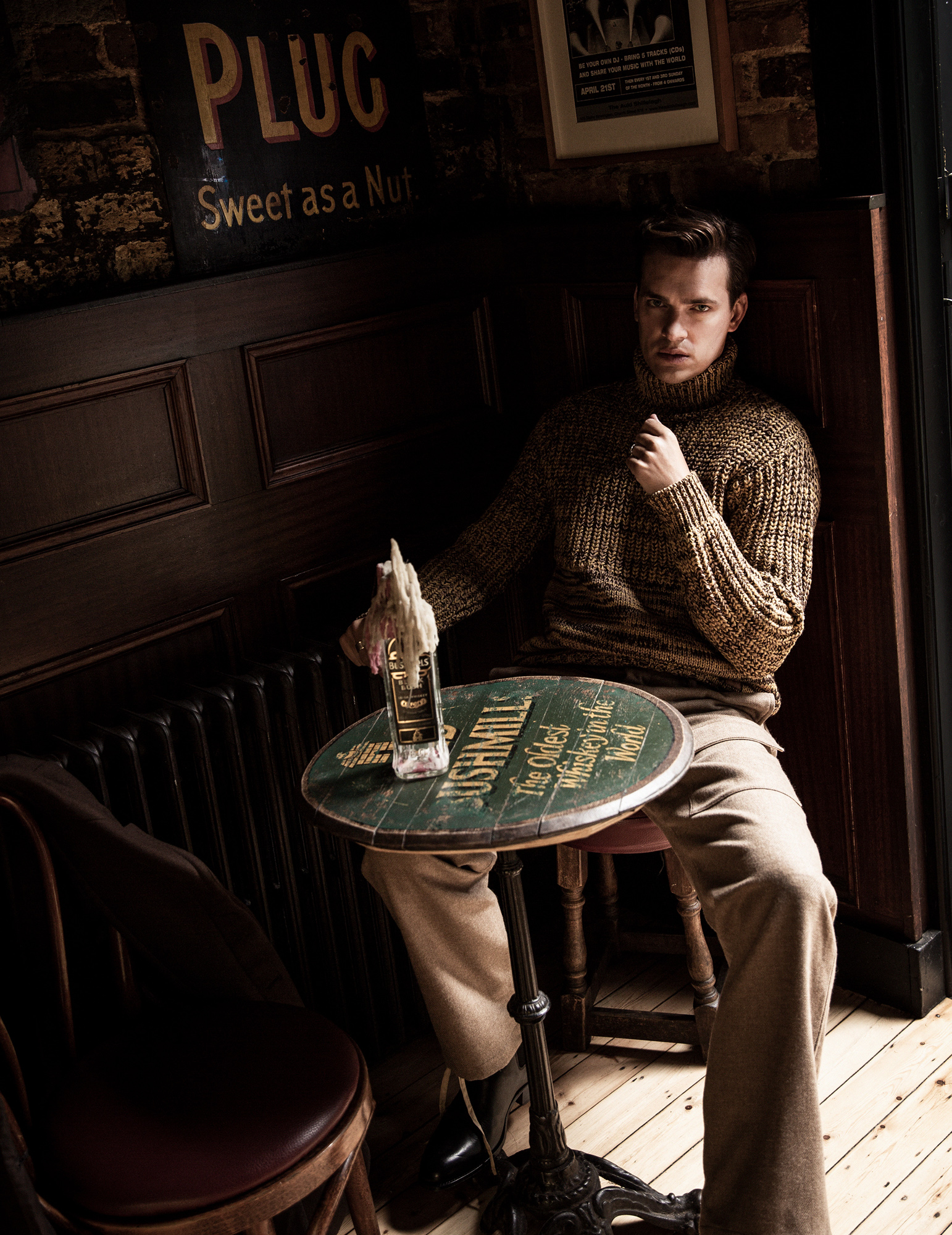 Jumper by TOD'S; trouser by KENZO by NIGO; shoes by GRENSON

Visual Tales: How did the love of acting came to you?
Luke Fetherston: I guess it started with TV movie musicals like Singing in the Rain, Calamity Jane, Grease, Cats and Dirty Dancing to name a few. My sister and I would watch them all the time so that was probably the catalyst for me wanting to get into it.

VT: You also model as well - since our magazine does feature models/actors and you dabbled in both industries. What do you love most about each of your professions?
LF: So for acting, I’d say it’s the process that I fall in love with. The freedom we get to create and explore and to the chance ourselves into someone else’s shoes is amazing. With modeling, it’s 100% the fashion - give me all the clothes. I think people underestimate how much the right outfit can change your life, ha!

VT: Actors are often now being approached by brands to becomes image ambassadors, and in some case, have taken over some of the jobs of models. For some actors, they really enjoyed the fashion spotlight and others just want to stay away from it as far as possible. Curious to know your take on it?
LF: Oh I am all about the fashion spotlight, point it my way! If it offers another chance for me to dress up then I'm 100% game! 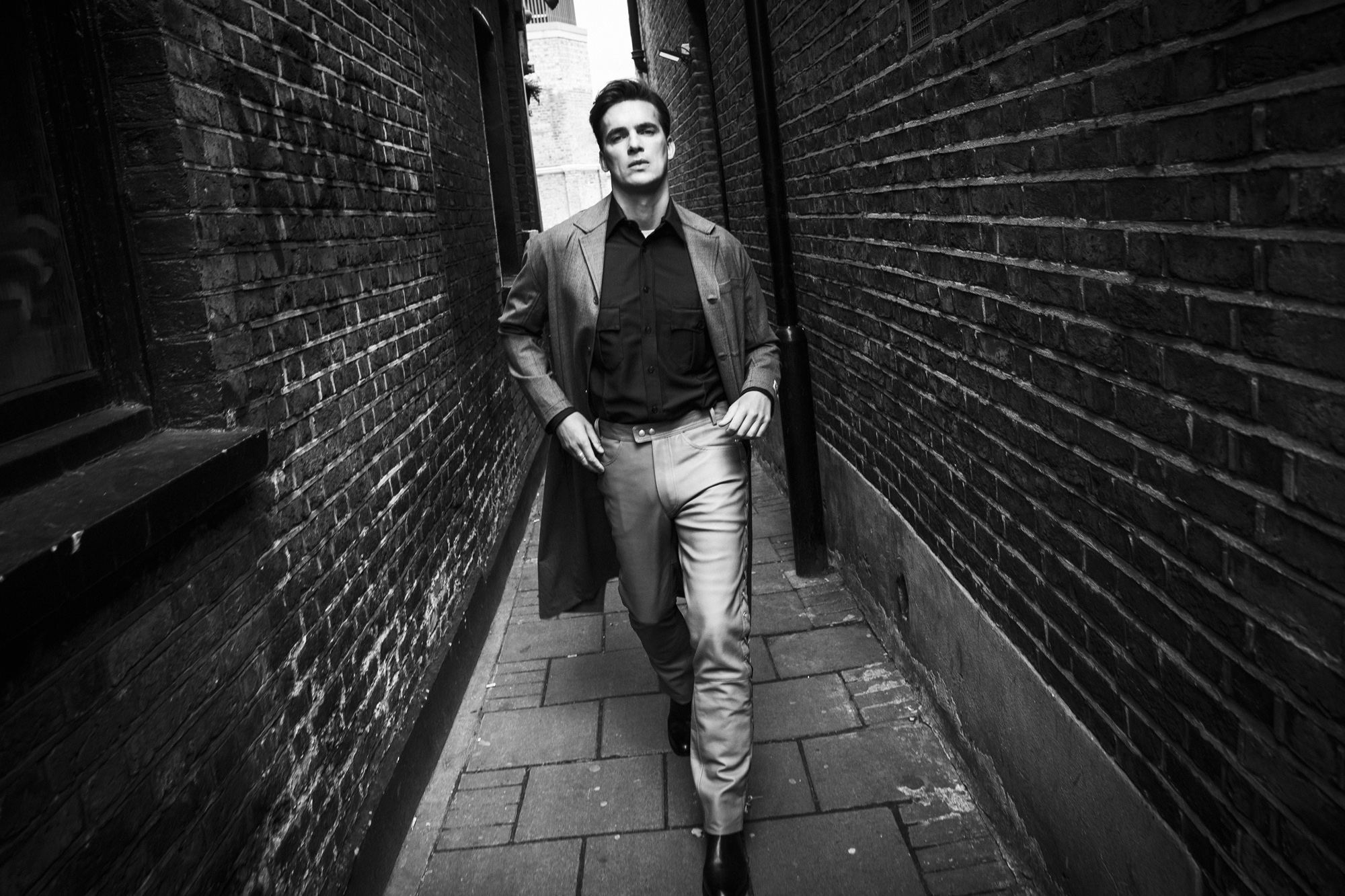 Coat by KENZO by NIGO; shirt by DUNHILL by MARK WESTON; leather trouser by TOD'S by WALTER CHIAPPONI; shoes by GRENSON

VT: You began acting career early on in the theaters on the West End. What was life in the theater like?
LF: It was really tiring. Eight shows a week is a big ask and unless you've done it, you can’t quite comprehend the intensity. But there’s a huge sense of community in theatre and whilst nothing beats a live audience, the camaraderie you have back stage with your castmates is the best bit.

VT: You have done a lot theater, which particular role you have performed holds a special place in your heart and why?
LF: My first West End show was Singing in the Rain, at the iconic Palace Theatre. It was during the London 2012 Olympics, so the atmosphere in town was incredible and the show was sold out. I’ll always remember that time.

VT: In 2018, you were cast and hired to be in the biopic film, Judy, starring Oscar winner, Renee Zellweger. How did this project came about and how did you landed the job as a personal movement advisor? What was the experience like?
LF: I’d previously worked for the choreographer, Lynne Page and she called me up and asked if I’d be interested in studying Judy’s movement and then working with Renee on the choreographer for her numbers. I’ll never forget that phone call! Obviously it was a very easy decision to make. Rupert, the director, then asked me to be in the film which was an unexpected bonus. It was one of the best experience of my career so far. 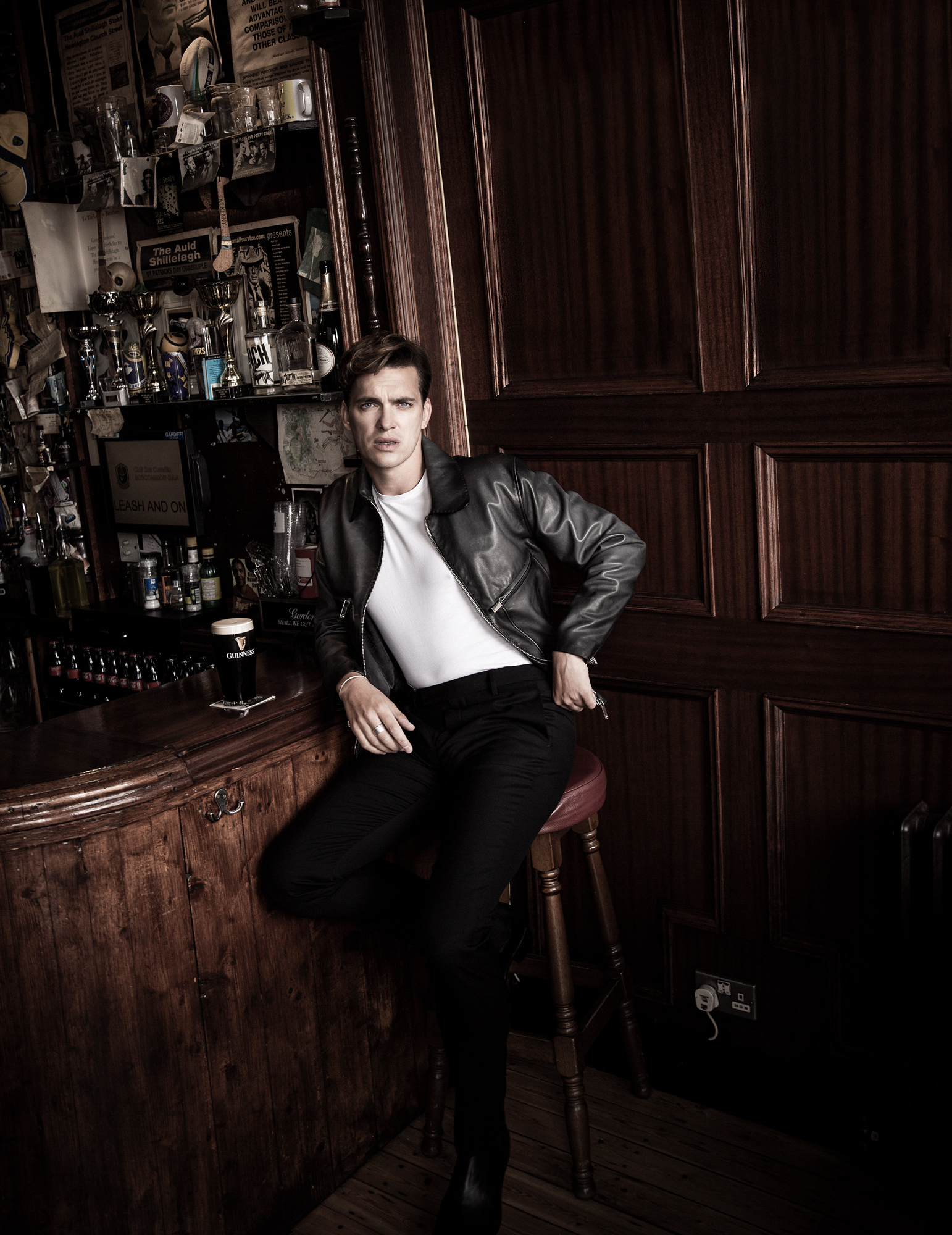 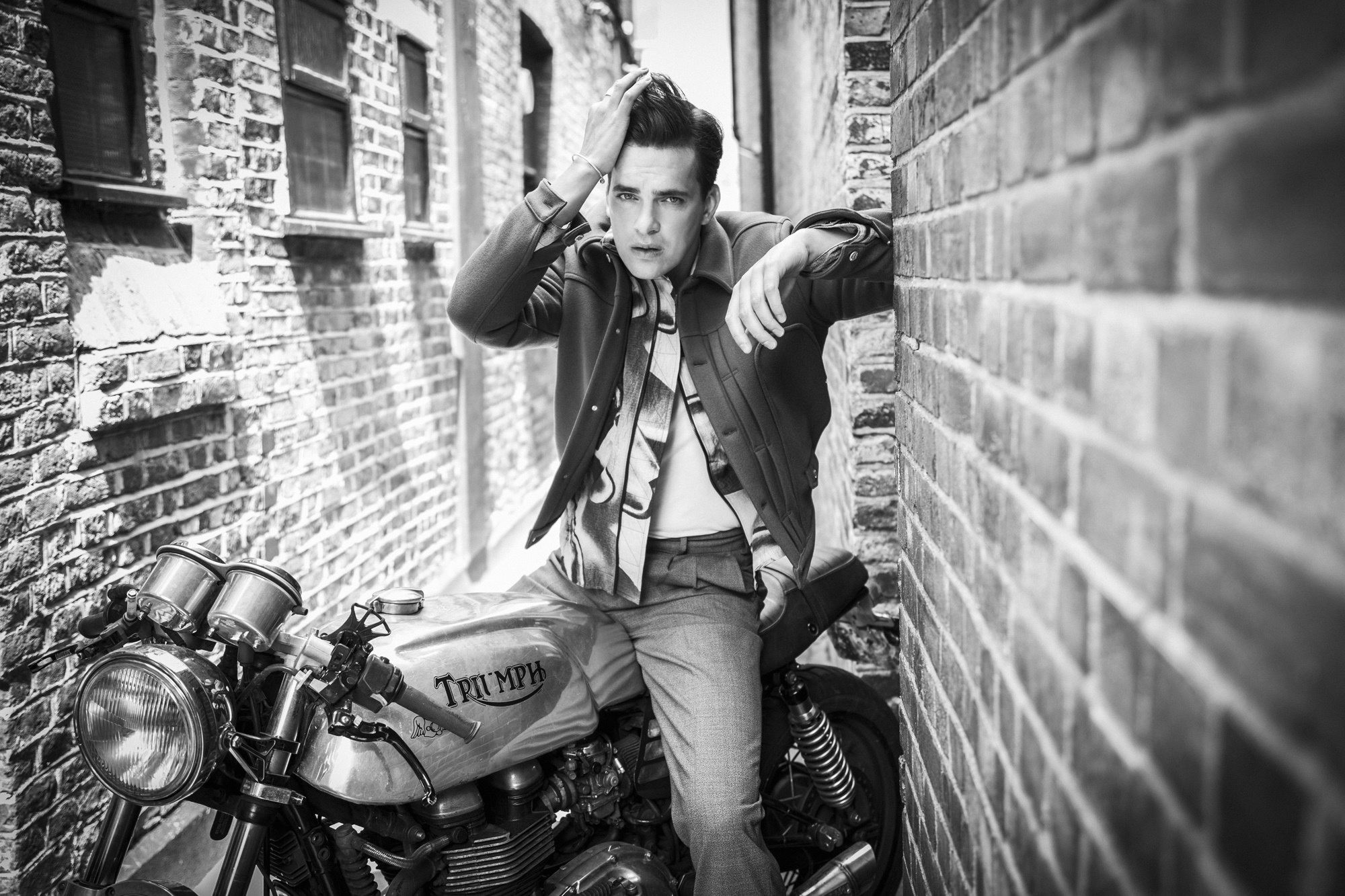 Jacket by BOLT; jacket worn as shirt by Paul Smith; trouser by KENZO by NIGO; shoes by GRENSON

VT: These days, due to the pandemic, acting opportunities are shifting towards television work, which you have done quite a bit, from CW's Pandora to the Flowers In The Attic: The Origin. How does television work differs from motion picture work?
LF: I guess television tends to be shot episodically so you ultimately have more time to evolve with your character rather than a continuous film shoot.

VT: Which leads us to your current project: Flowers in the Attic: The Origin, in which you portray the character of Joel Foxworth. Tell us about this series, making of and your character that featured an amazing all stars cast: Max Irons, Jordan Peters, Kelsey Grammar, Harry Hamlin, Kate Mulgrew, Paul Wesley and Evelyn Miller.
LF: Shooting Flowers was an amazing experience. We were lucky to be shooting the middle of a pandemic and we didn’t take it for granted. All of the cast were brilliant and a lot of us have made close friendships which I hope translates well on screen. I felt super lucky to be cast as Joel because he has a beautiful and important storyline that I hope everyone feels as much as I did when I first read the scripts.

VT: Since we did this shoot in a pub, The Auld Shillelagh Stoke Newington, and the Brits loved a great pint. What is your favorite past time when you need to unwind?
LF: My go to is probably a big hot bath with lots of bubbles. If not, you’ll find me on a rooftop in the dark with my friends trying to convince them that aliens are real. 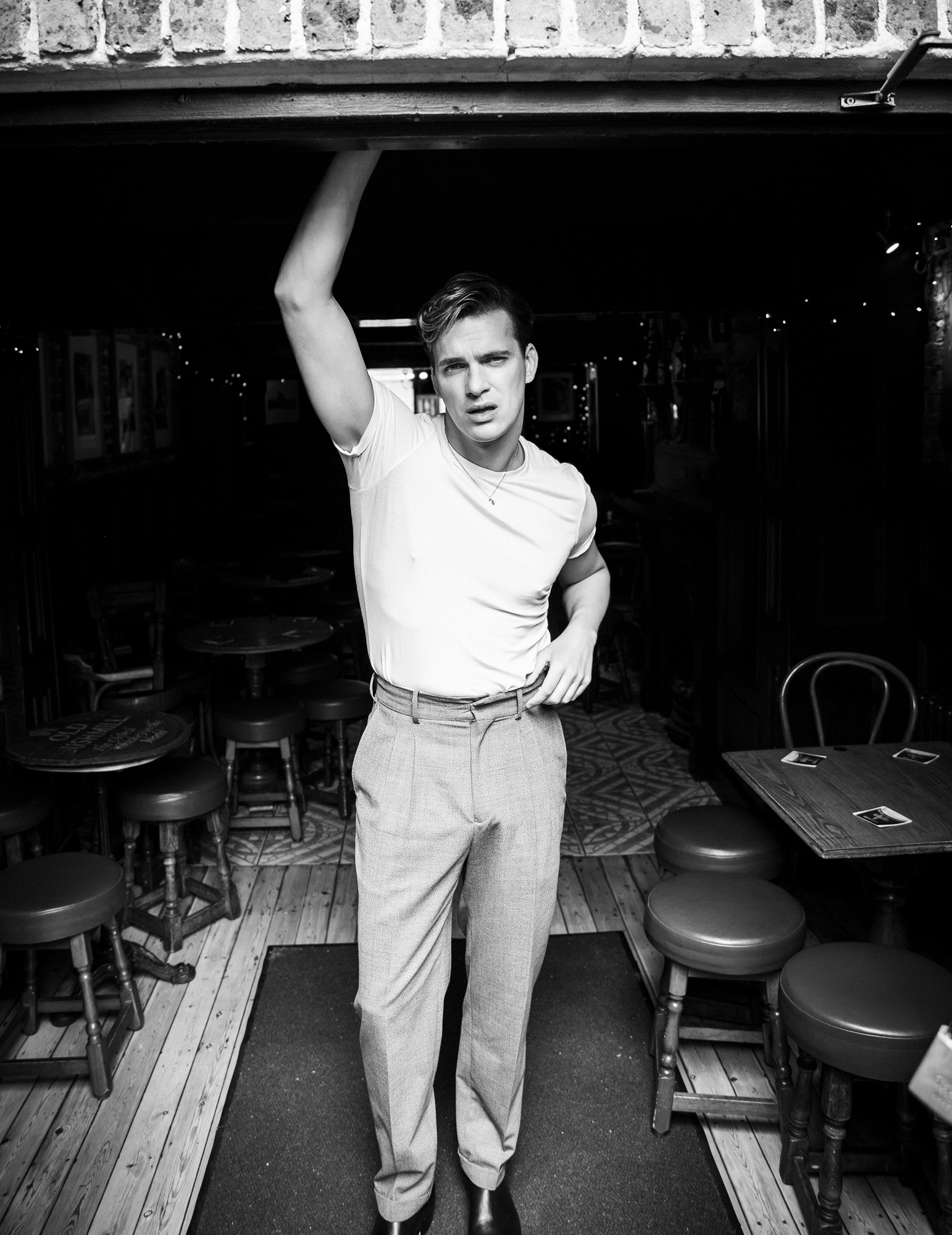 T-shirt by REISS; trouser by KENZO by NIGO; shoes by GRENSON

VT: What other projects are in the works for you, both acting and modeling wise?
LF: Only time will tell! I'm heading to the States soon and I’m really looking forward to being there.

VT: Share with us something that the public might not know about Luke Fetherston?
LF: I’m a Pisces, Libra rising and Scorpio moon! Which basically means I'm a big watery idealist whose ambitious side eye-rolls at his super emotional tendencies.

VT: If you can work with any acting talent (now or in the past) who would you choose?
LF: I would have do anything to work with Robin Williams, an absolute legend. Now, I think it’d be pretty awesome to work with Sydney Sweeney. I love her work. 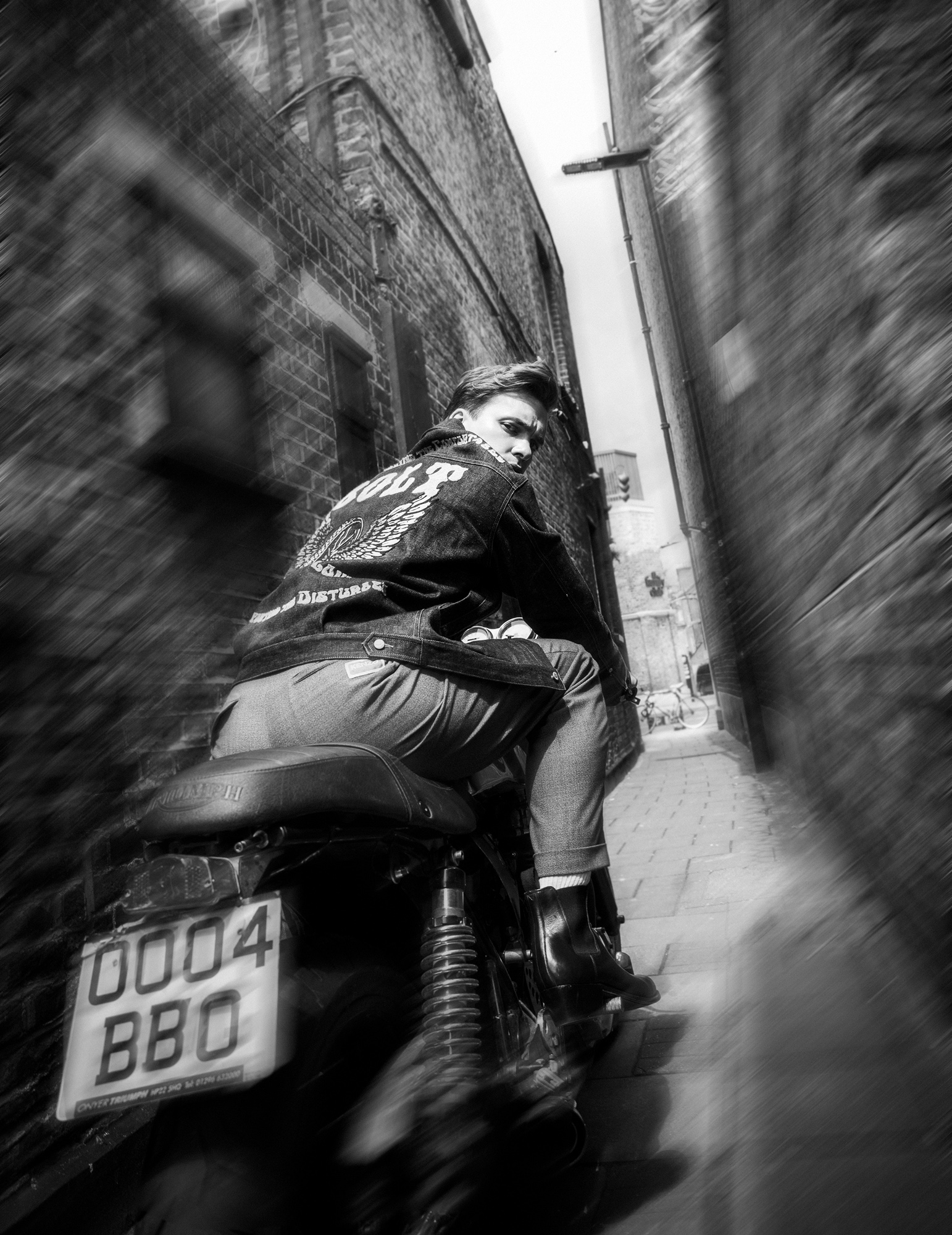 Special thanks to:
Actor Luke Fetherston, Photographer Lee Malone and Stylist Olga Timofejeva for their creative contributions, Caroline Fergusson and Lauren Jenkins at Pinnacle PR (UK), Bolt London for the bike, The Auld Shillelagh Stoke Newington for the location, Josh Knight for great grooming, The ONLY Agency and Caren Agency for their support for making this shoot possible. All the UK based showrooms for providing the great wardrobe.