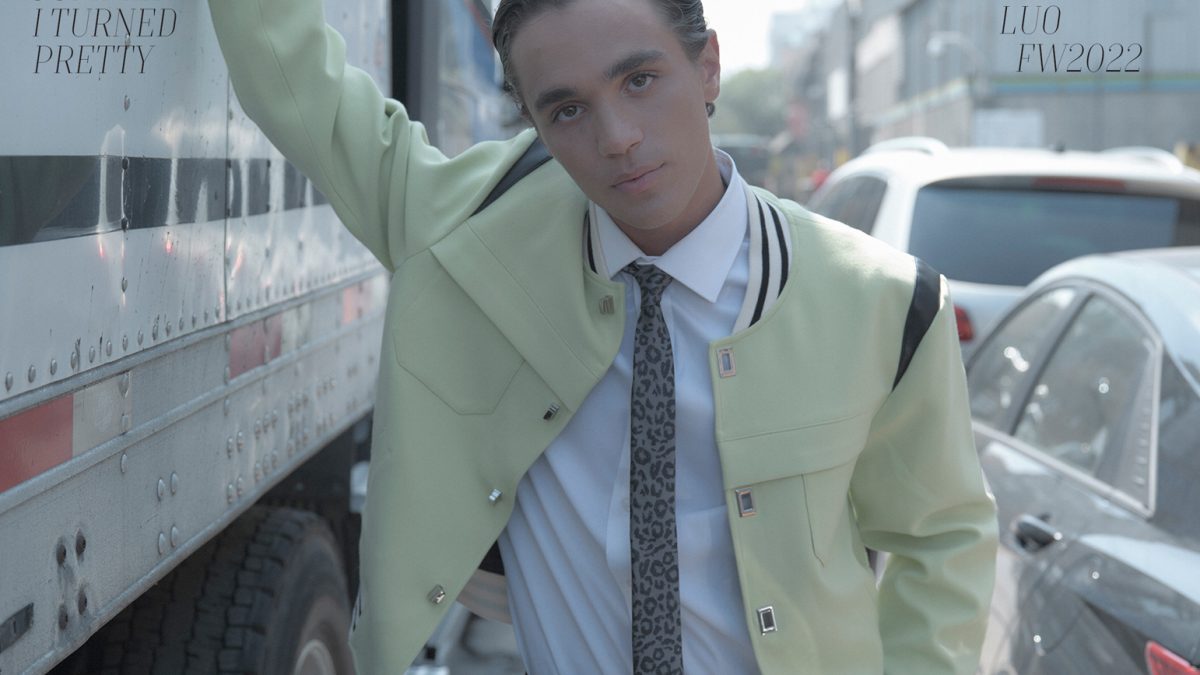 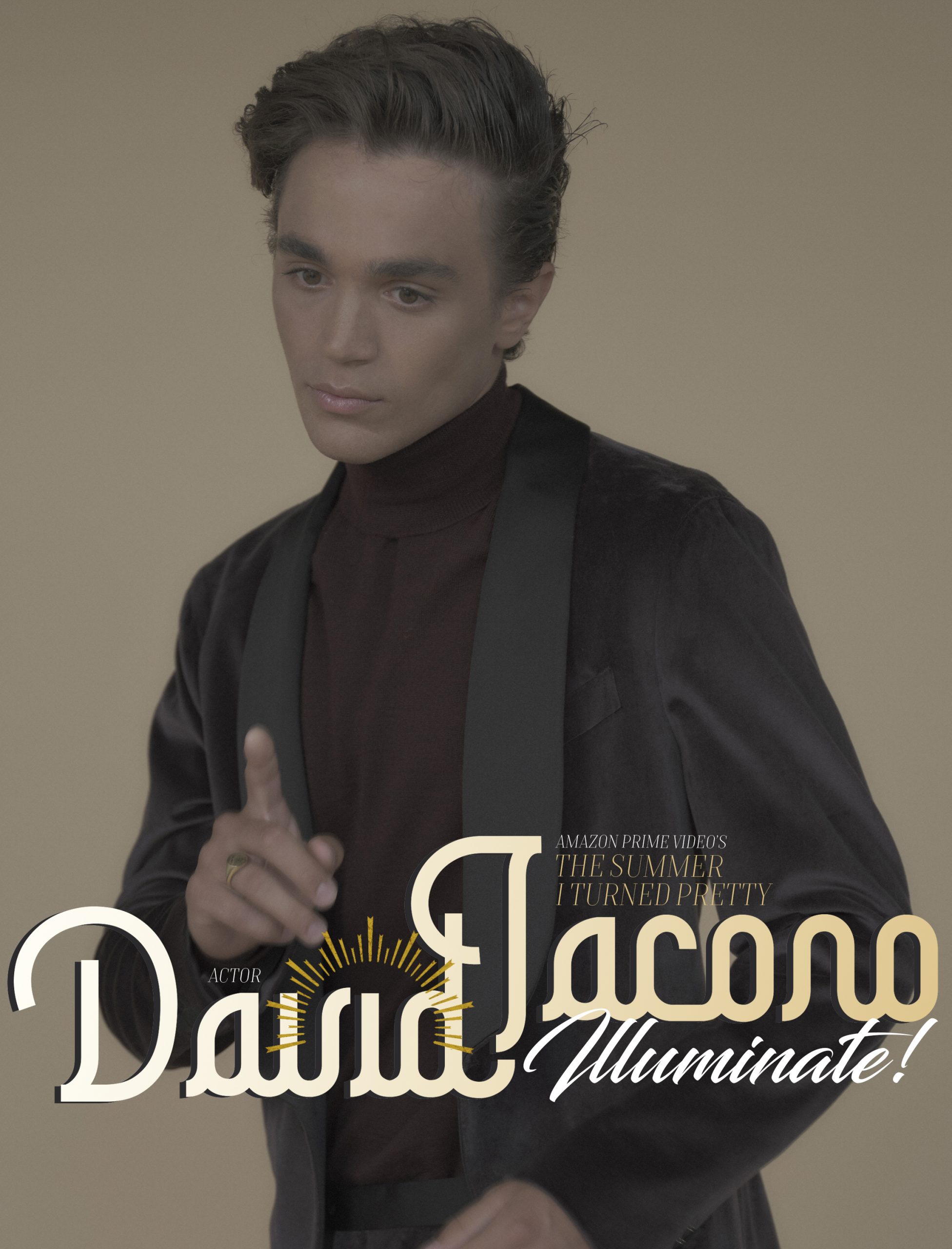 Visual Tales: You are a graduate of the prestigious LaGuardia High School of Music & Art and Performing Arts in NYC. Notable past alumni include actors Timothee Chalamet and Ansel Elgort. Share with us your experience studying there and how did the curriculum prepare you to enter the acting world.
David Iacono: My experience going to LaGuardia was one I really value at this point in my life, in terms of both how I think it informed my career as an actor and also just what it taught me in regard to being a person. What I didn’t expect going into high school was just how much overlap there actually is between what you learn from training in acting and what lessons you gain for life in general. And it’s definitely where I realized I might be able to act professionally for a living. I’d been acting since I was a little kid, but it wasn’t until I started to hone the craft at LaGuardia that the idea of acting as a career became tangible to me. High school sucks for a lot of people I think, but that being said, I wouldn’t have wanted to be anywhere else from ages 14 to 18.
VT: We often inquire about what is the driving force for an actor to want to become one. What drew you in?
DI: It’s hard to tell for me, just because I can’t remember specifically deciding one day that it’s what I wanted to do with my life… I was like 5 when I started, so I think I was mainly just focused on what seemed fun to me on a daily basis. But what I do remember is always wanting to entertain people in any capacity. I was kind of telling jokes as soon as I was able to talk--albeit not great ones but jokes nonetheless! So yeah, making people feel something just seemed to be what I was always drawn to, and I think I quickly realized that a career in some form of the arts was the only place I’d be able to follow that instinct.
VT: Your mom got you started in showbiz early on through modeling. Can you recall some of those early experiences? Any funny stories you could share? Did modeling help you in any way in terms of getting into acting now?
DI: If those modeling days taught me anything, it was the idea of the “hustle” that comes with trying to make it in any industry. My mom and I were riding the subway into the city for years on end and looking back on it, I think I never questioned why we were always running around because A) my brain was too small to do so, and B) we were having so much fun doing it. Not only did all that fabricate my love for New York City, but the job took us all over the map, including a trip to Salt Lake City in which the holiday-themed shoot required us to be posing in thick winter coats amongst the Great Salt Lake environment. I’ll forever value those experiences because they taught me there doesn’t always need to be a stark difference between work and fun. 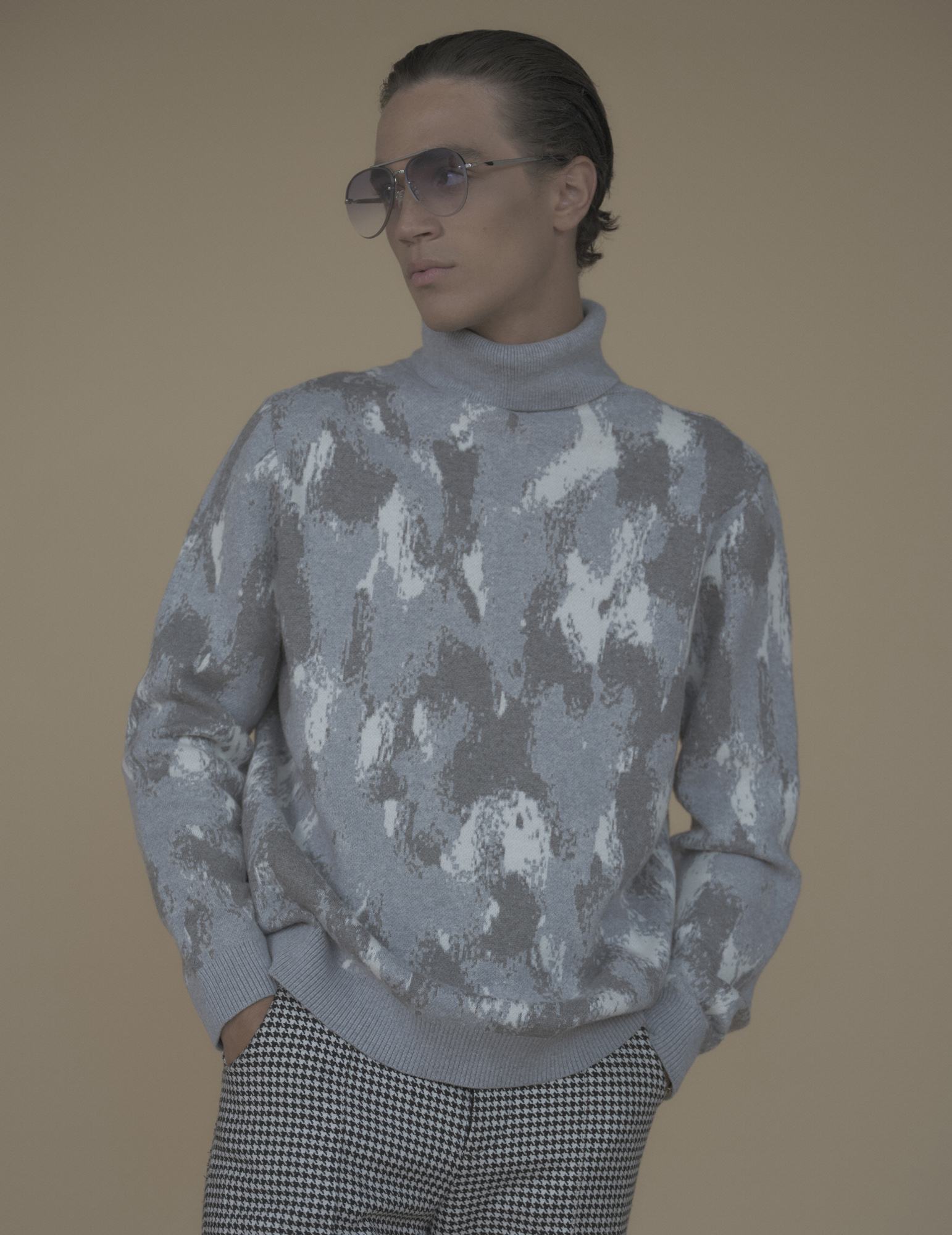 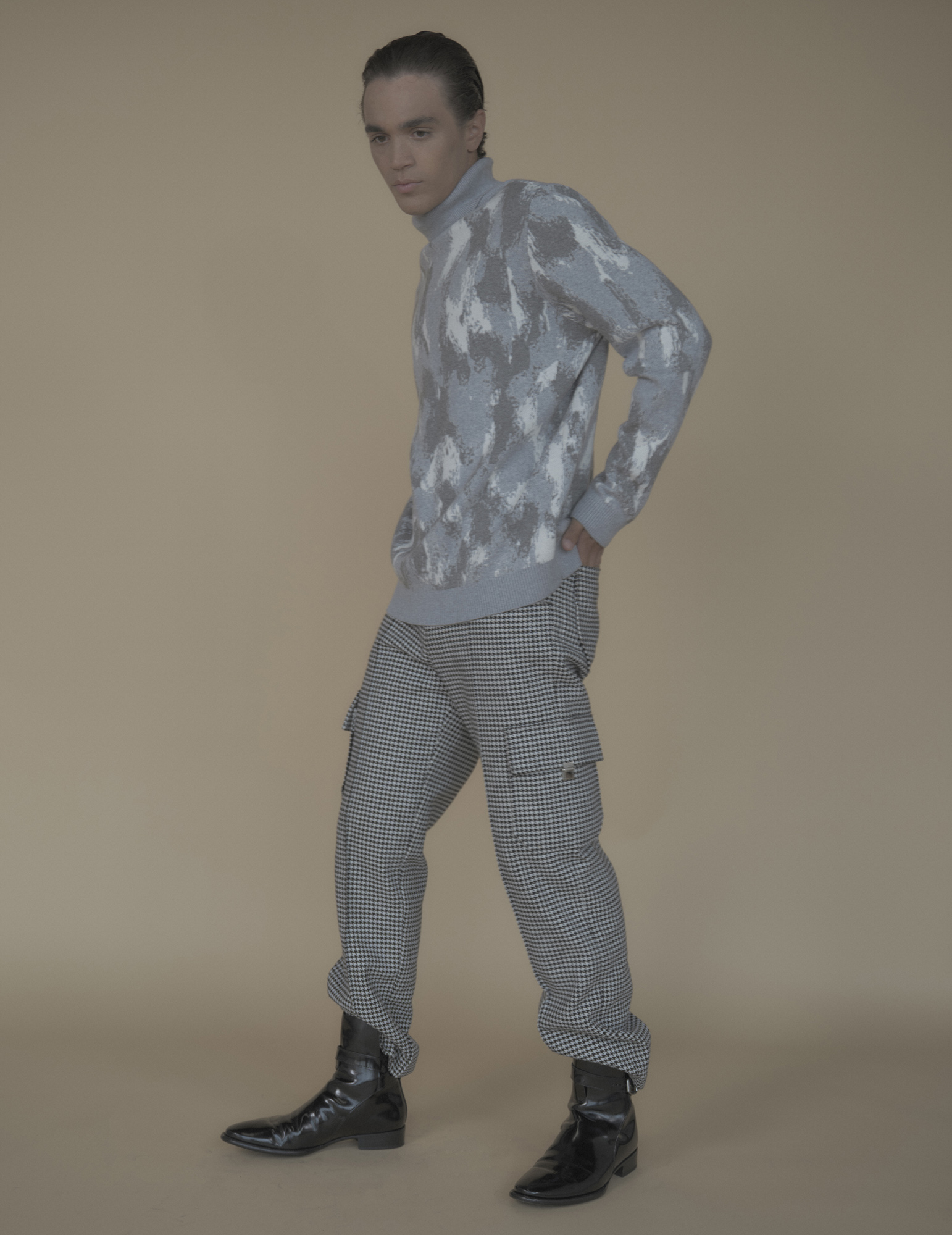 VT: In terms of finding the right roles, what do you look for in a role? Are there dream roles you want to pursue?
DI: I think the main thing I actively am thinking about when reading about a certain role or project is honesty. The whole reason I love to act is because of how grounded in truth it can be, and how that truth can resonate and speak to so many people from different walks of life. In regard to dream roles I’d want to pursue, I’ve always wanted to play a superhero. Marvel movies have a special place in my heart and playing one would probably make me the happiest I could be at work.
VT: Your current role, playing the character of Cam in Amazon Prime hit streaming series, "The Summer I Turned Pretty", (Now about to film its second season), for those that haven’t seen the series yet, tell us what the show is about, your character Cam and how you would like to envision his character development.
DI: The Summer I Turned Pretty tells a really beautiful story of growing up, in a way that I think a lot of other shows in the young adult space don’t. It follows the story of Belly Conklin and her family, and their relationship with the Fishers (Conrad, Jeremiah, and Susannah), a family the Conklin kids have grown up with since before they were even born. Belly’s been spending every summer with the Fishers since she was a baby, but what makes this one summer different is the idea of true love actually materializing out of something that was once seen as just a crush. As the season goes on, the idea of love is challenged and complicated by many factors, but what the show does so well is it creates such a beautiful world full of care that the audience is inevitably engulfed by. Cam is one of Belly’s love interests throughout the complications of this summer; a kind, kind of endearingly awkward dude who really cares for Belly. As Cam’s character develops, it would be great to see him prioritize his own self a little more.
VT: What’s your favorite memory of your perfect summer?
DI: There’s been a bunch of really great ones! If I had to pinpoint one summer though, it’d probably be the summer between 8th and 9th grade. I think it’s easy to look back on good times with rose-colored glasses, but that summer really did feel so simple. High school hadn’t begun yet, so I was looking forward to the next chapter of my adolescent life, but I was also really really enjoying how much everything kind of made sense. Got to hang out with friends I’d been hanging out with for years, so didn’t have too much overthinking to do. Calm times. 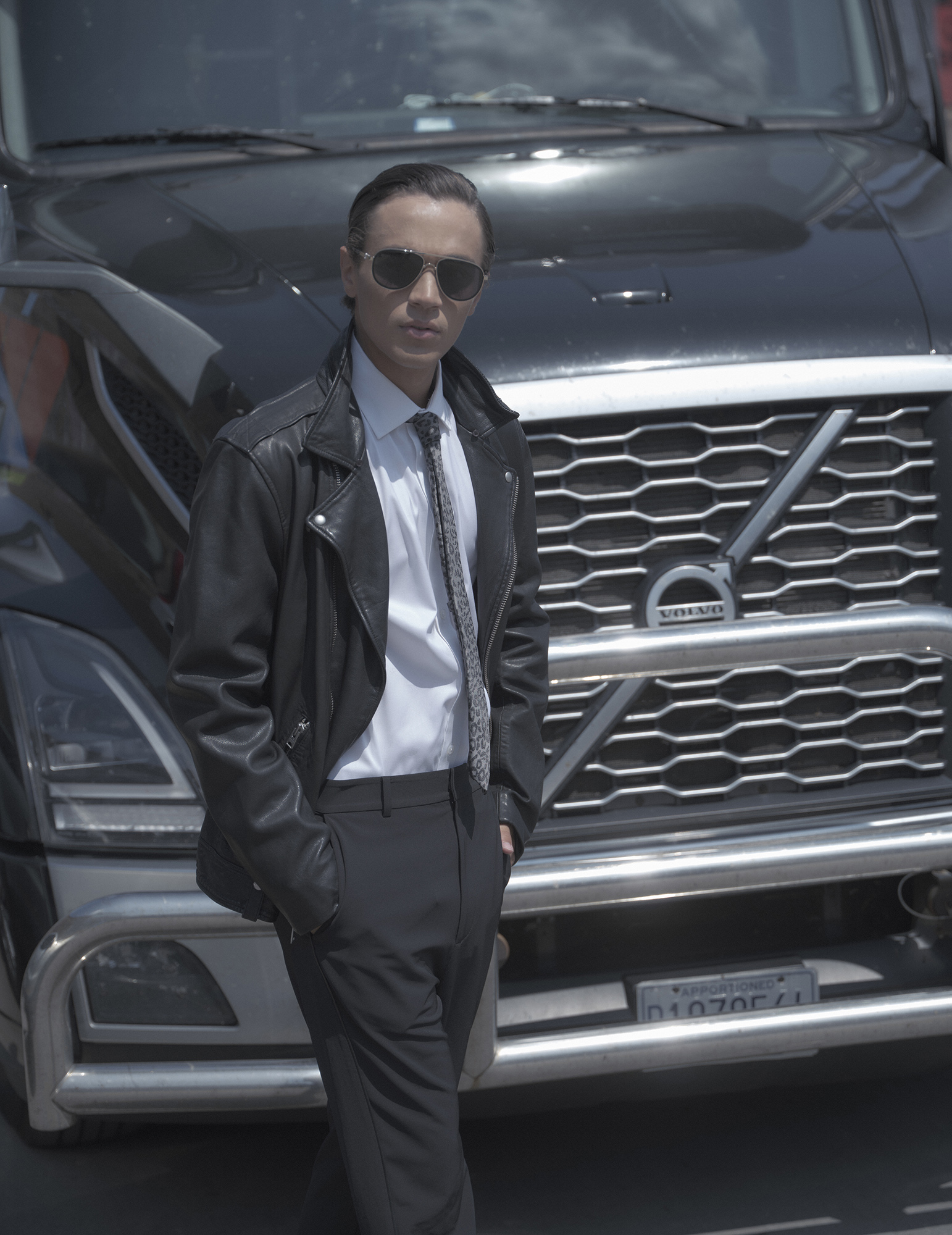 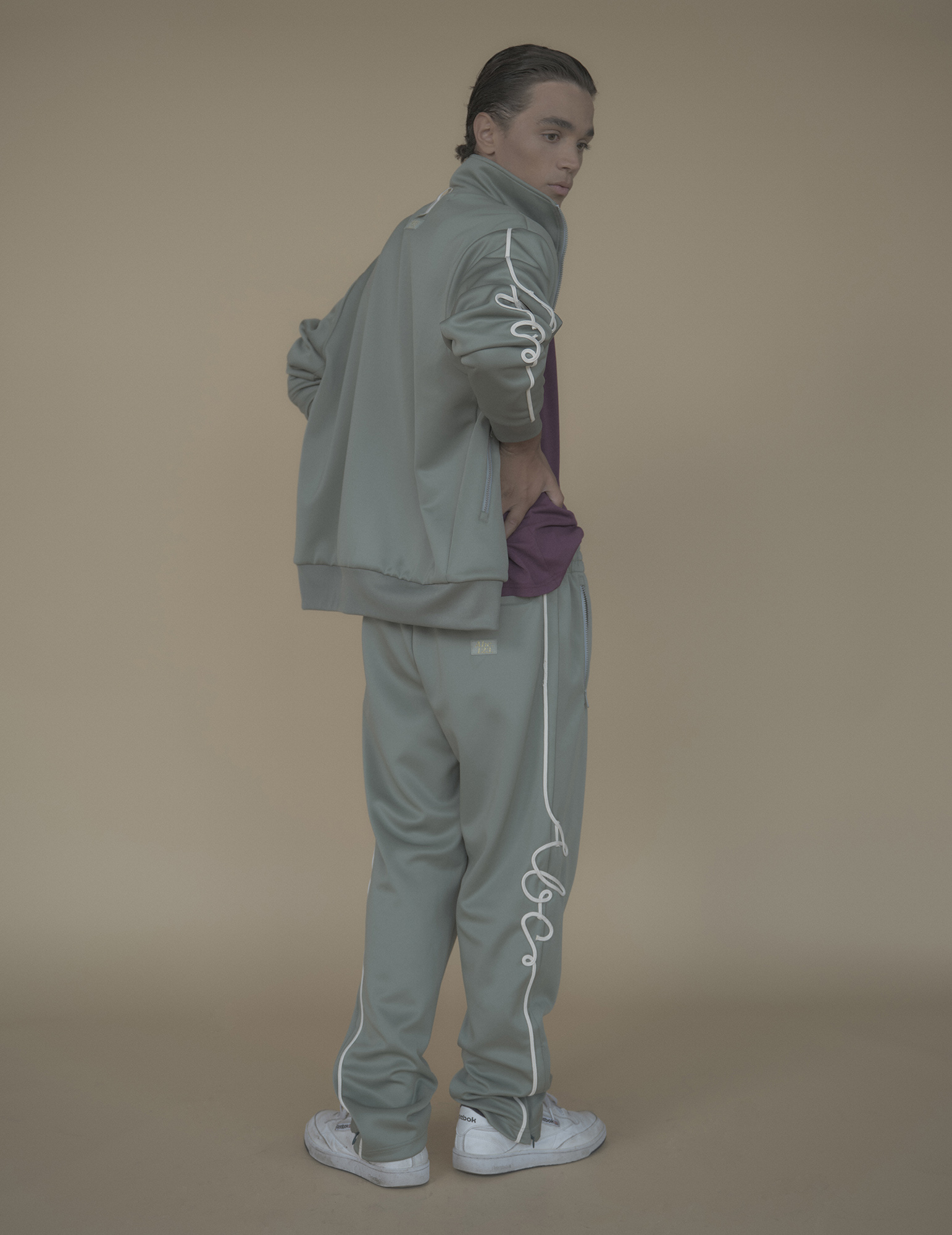 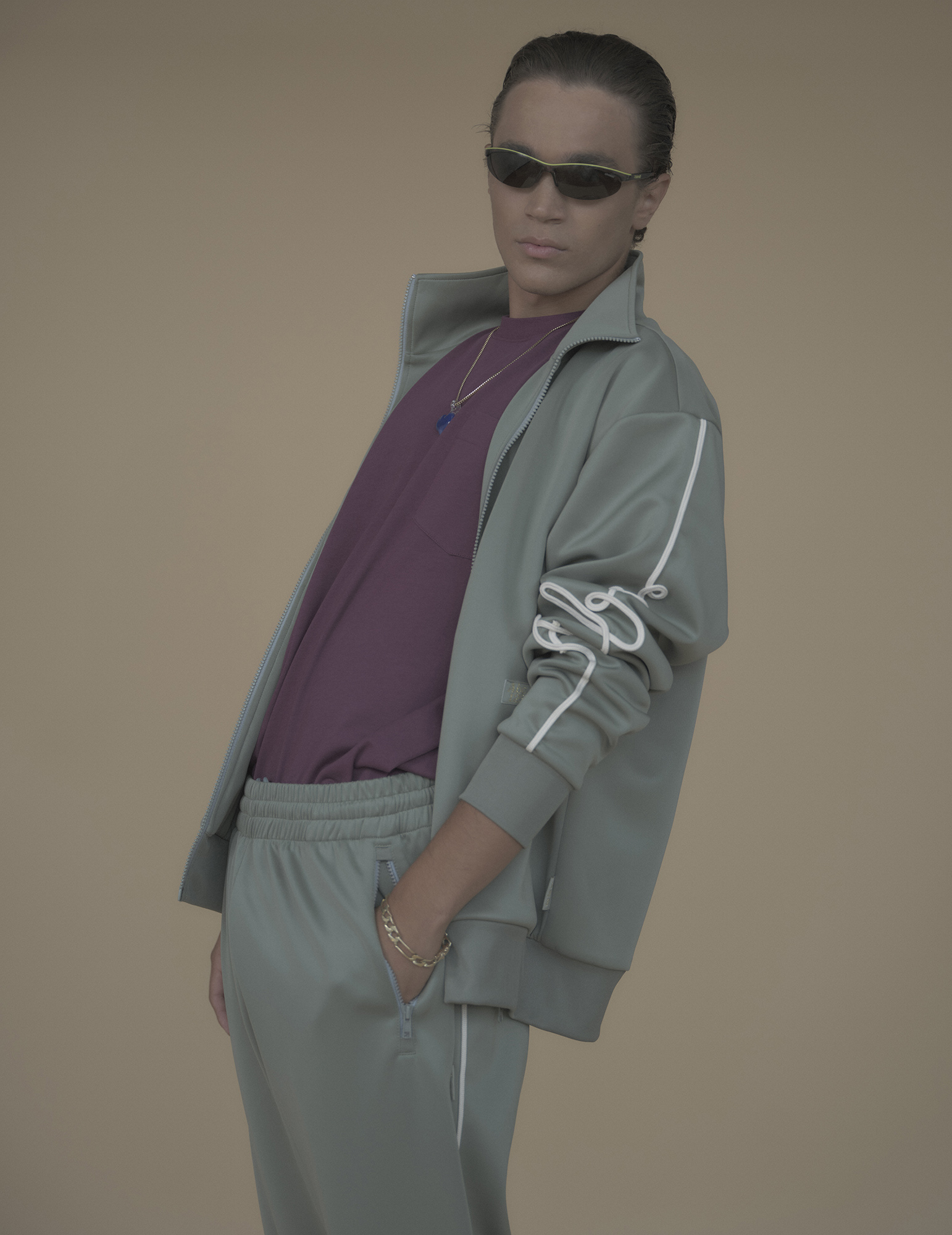 Track suit & t-shirt, both by Advisory Board Crystals; sneakers by Reebok; jewelry, David’s own 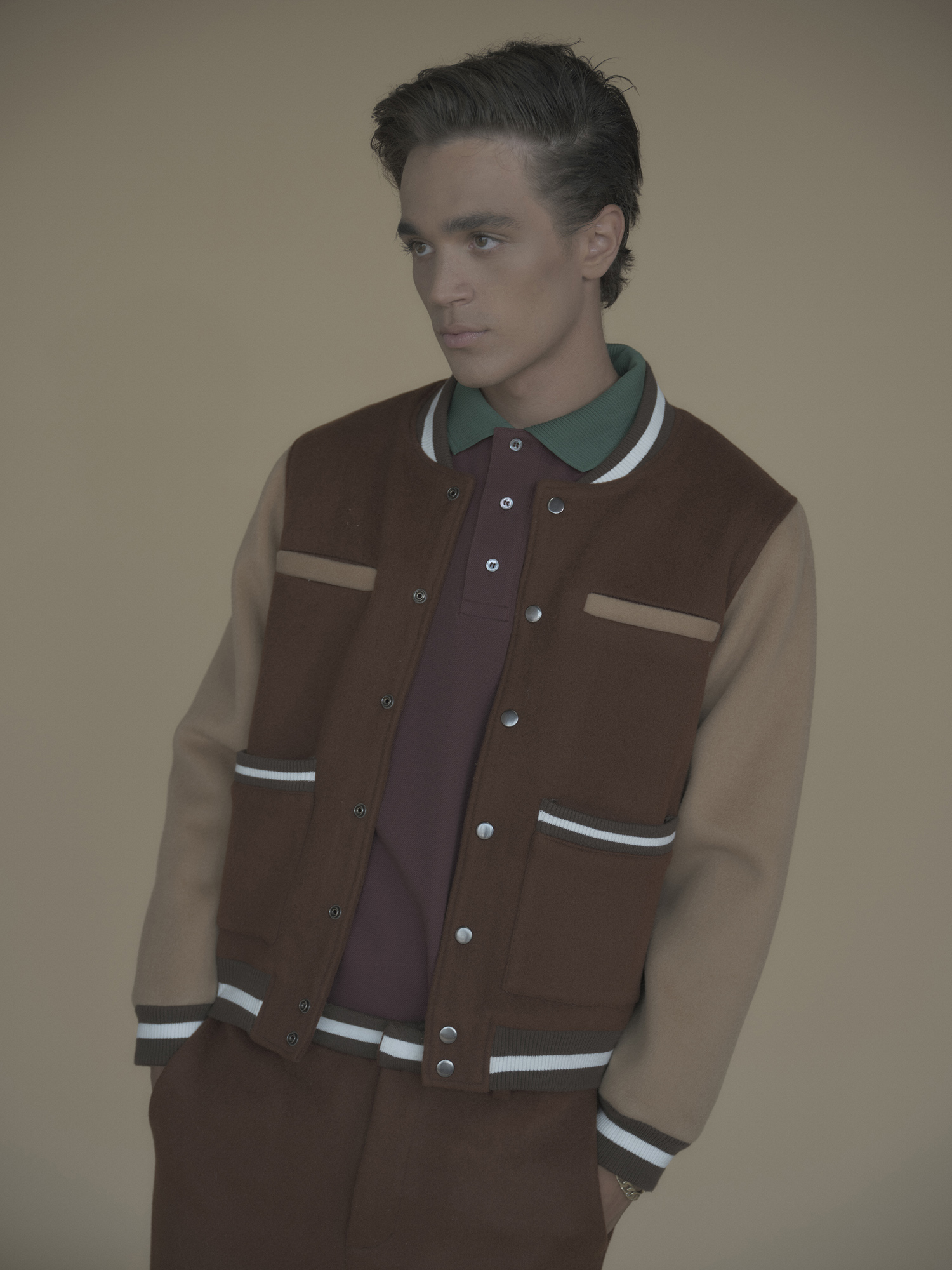 VT: The times we are living in, with the pandemic and all the craziness with climate change, social media, economic and political tensions, here in the US and abroad, we all have to relearn and rediscover how to interact with one another, in person or virtually. The art of conversation has changed. As someone who is part of that younger generation, what’s your view and any ideas of how we can all do better?
DI: It’s a tough question for sure… one thing I can say about tackling any of the tougher obstacles life has been throwing at us lately, is that I don’t think anybody truly knows what they’re doing. I know what I do a lot when it comes to trying to make the bad stuff better is beat myself up because it can seem like everybody else knows exactly what to do, and a lack of confidence can totally come from that. As I get older though, I’ve begun to realize that everybody’s kind of just winging it, and comparing their methods of problem-solving to your own is the very thing that makes the bad stuff seem so hard to conquer. It’s obviously easier said than done to implement that idea into your day-to-day, and I’m only saying this advice out loud to learn it myself. It’s a good thing to remind yourself of.
VT: What other projects can we expect from you down the pipeline?
DI: A couple of months ago I shot this movie in Atlanta called Cinnamon, which I’m probably the most excited about. It’s a beautiful piece that follows some really fun characters, mine being a guy named Eddie trying to make it as the manager of a woman named Jodie (A.K.A Cinnamon), whom he also happens to be in love with. Can’t wait for that to drop!
VT: Brooklyn—You were born and raised right here in NYC. What are some places you would like to recommend as places to visit that might give us an insight as to who David Iacono is about?
DI: Going to keep this one short and sweet because I could go on for an annoying amount of time: Coney Island, Lucali (pizza), and Prospect Park. 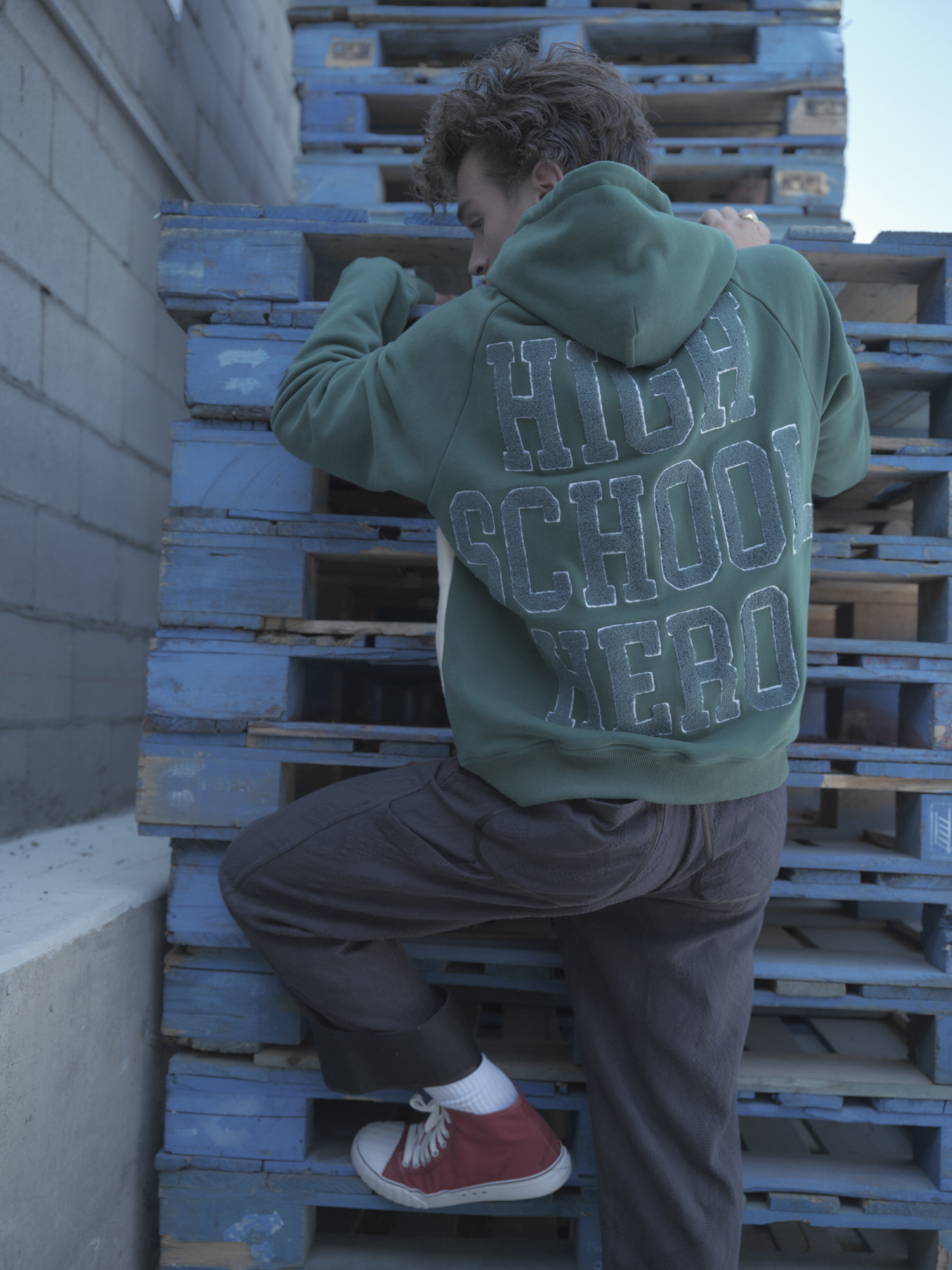 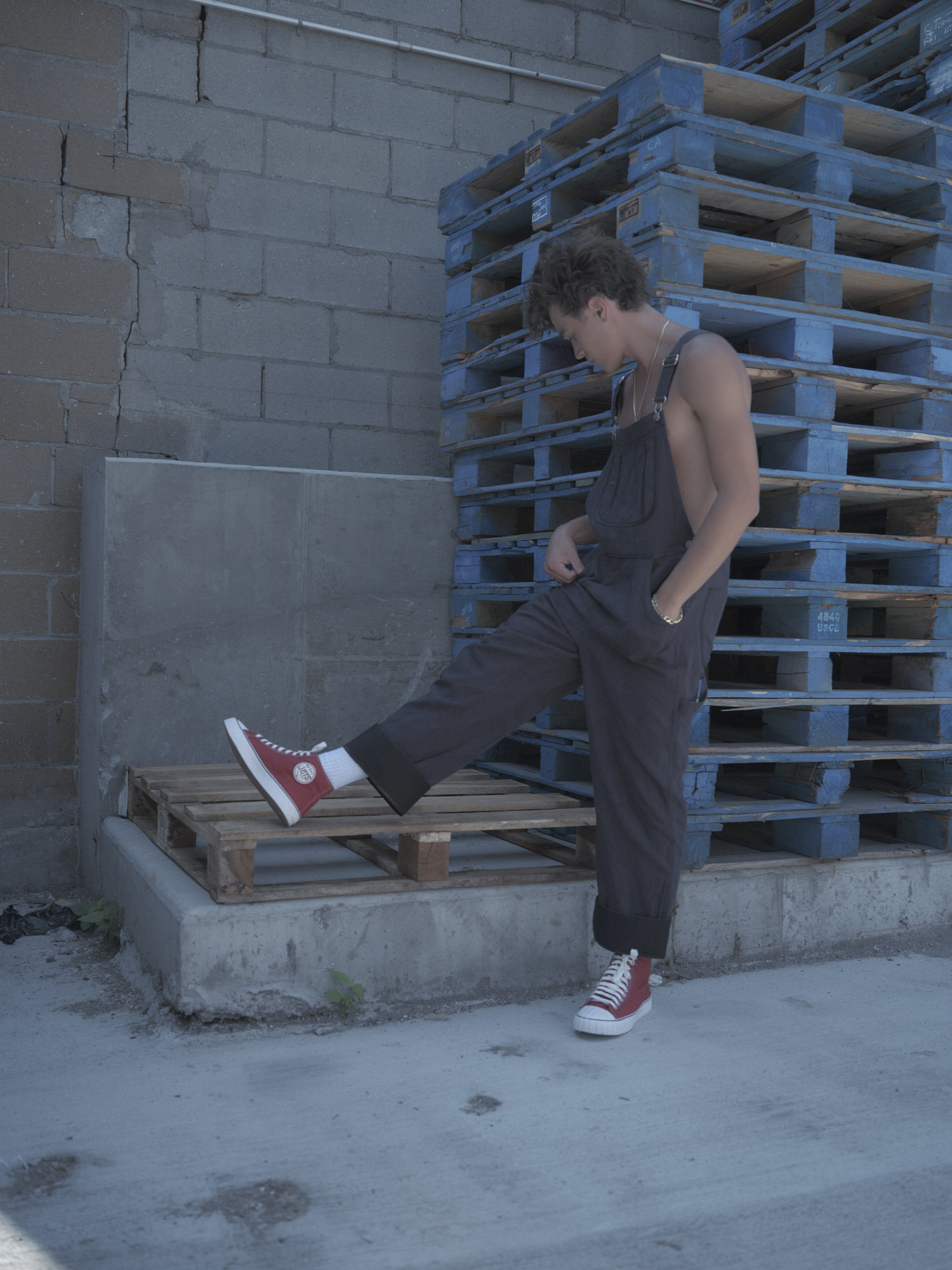 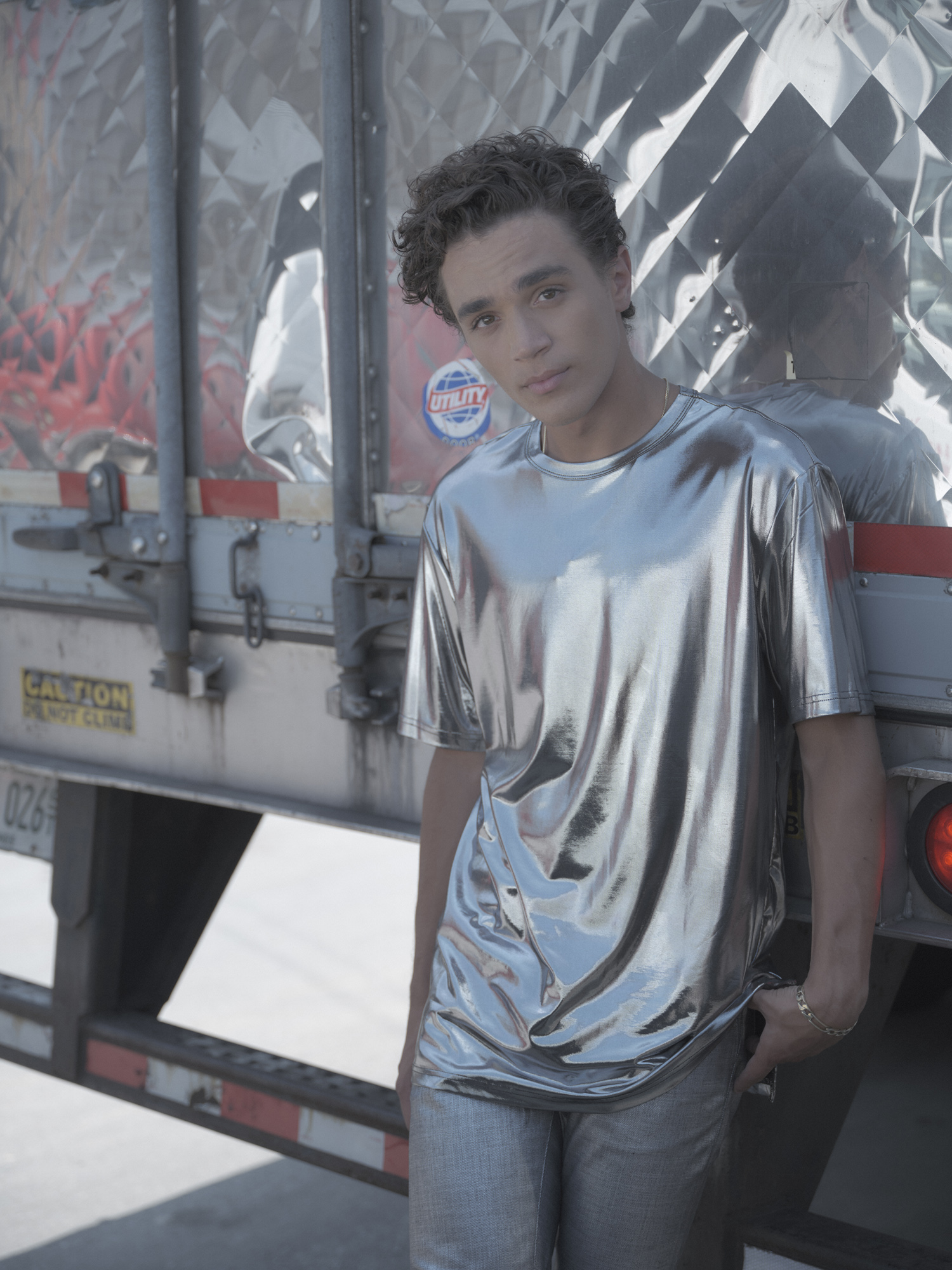 VT: What are your other interests outside of acting?
DI: Acting is definitely the thing I’m mainly invested in, mostly because I’m not great at much else, but I do really enjoy swimming. That’s a great stress reliever and a general workout for me, I actually don’t do it as much as I’d like to. And eventually (sooner rather than later) I’d love to get behind the camera, whether that be directing, writing, editing, or all three.
VT: Categorization tends to be a common trait of popular culture, especially in the young adult world. If you were given an opportunity to play a role that might not be what the public expects, what type of role/character would you like to tackle?
DI: Some of my favorite characters of all time are those that are completely deadpan and full of dry wit. I think those are probably the most fun to play, somebody like MJ in Spider-Man: Homecoming, that type of thing. But comedy in general would be right up my alley.
VT: If you were to escape to a desert island, what items would you like to have or bring with you? If you could, who would you like to bring along with you?
DI: When it comes to items, I’m bringing a camera and a notebook & pen, and I’m recreating Cast Away shot for shot. I guess I’d need a TV and a copy of Cast Away to do so, so those too. And I’d bring my dog, Jet. And food and stuff for him. And also, for me. My family can come too. 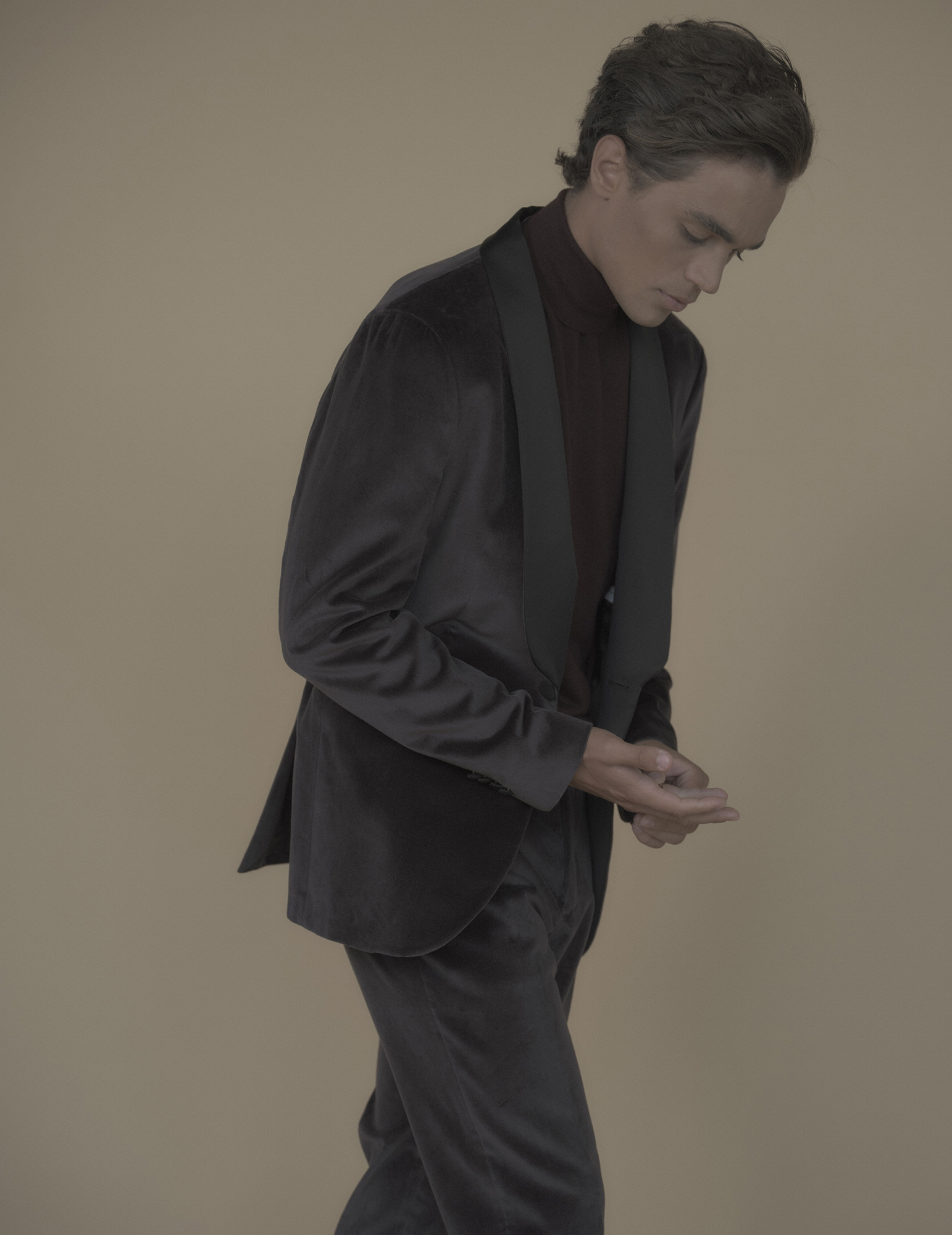 Special thanks to:
Actor David Iacono for his enthusiasm, time and support in doing the shoot; Henry Lou for their great photography and creative contributions; Allison Douglas and Bailey Piboolnuruk at Imprint PR for their friendship and support; Pascale Poma for great grooming; Paolo Fanoli and Florent Belda at REP Agency NYC; Ramona Czernek at Chapter 2 Agency NY; Anthony Deltufo at Boglioli for their support. 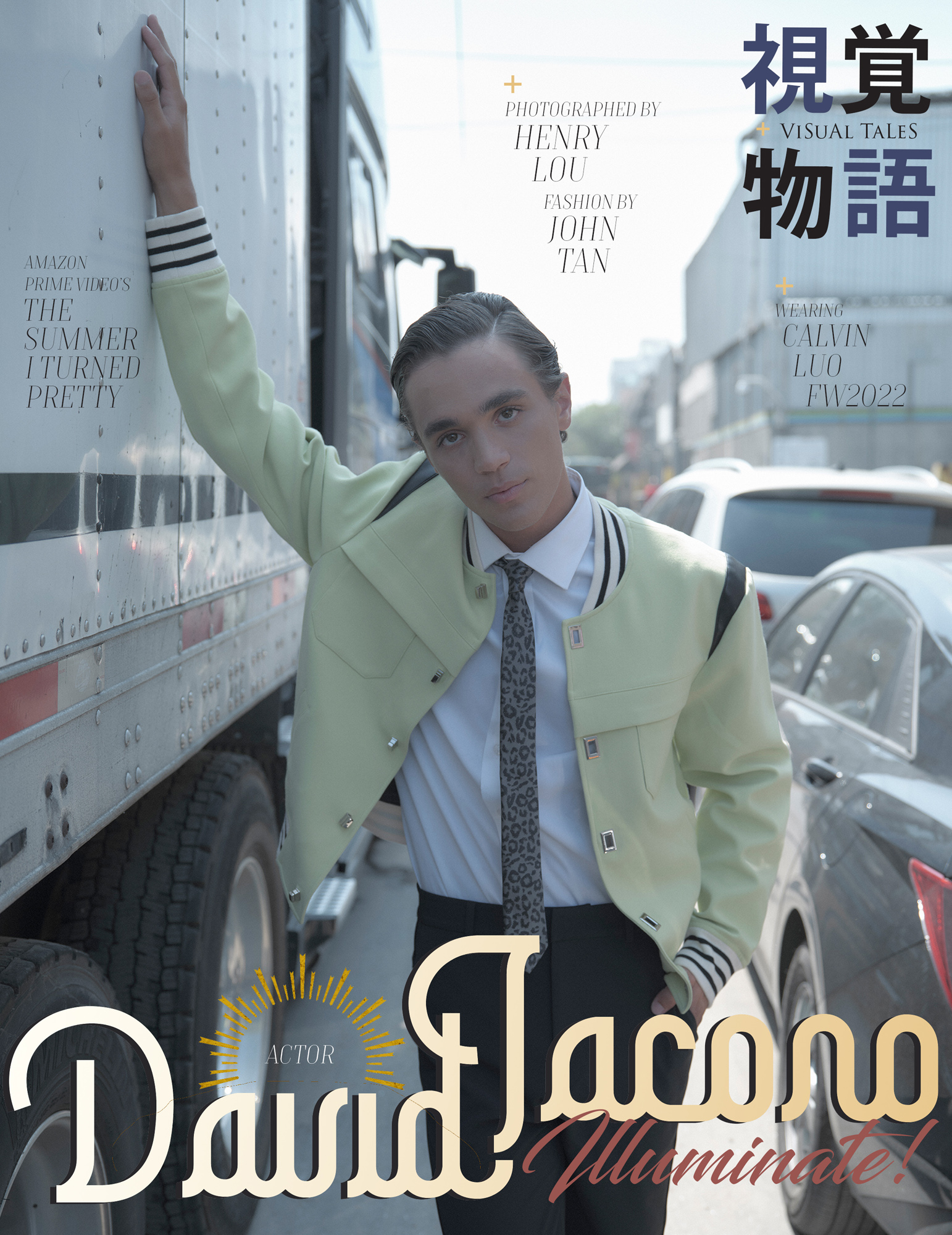