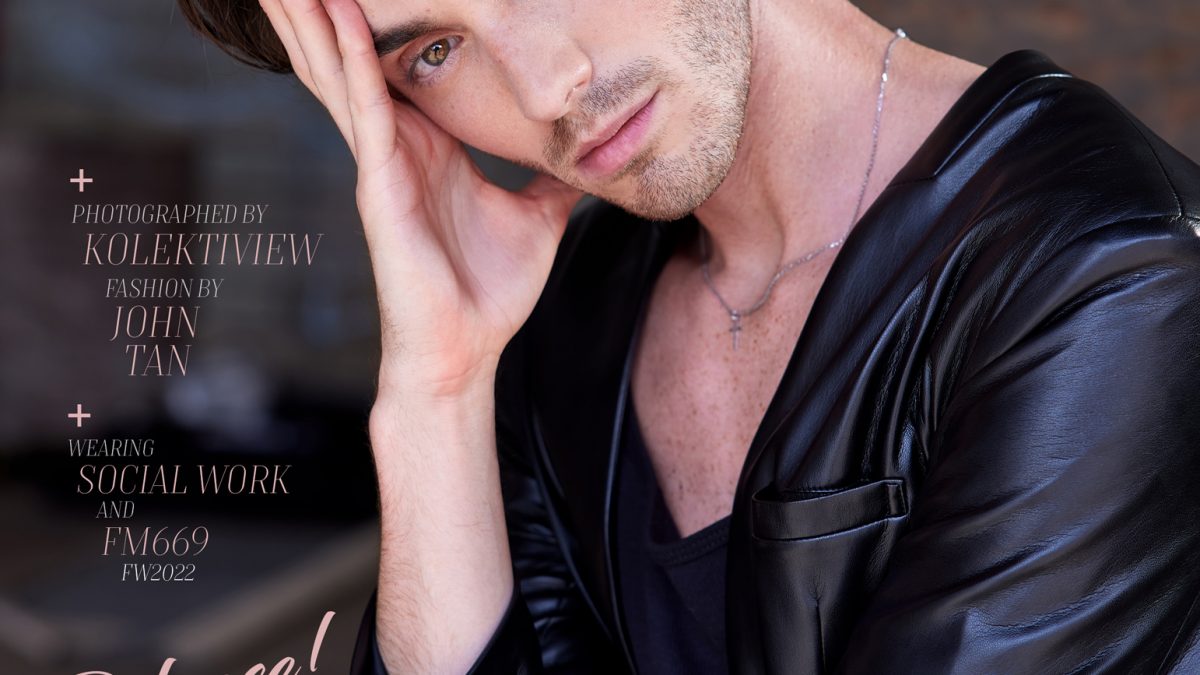 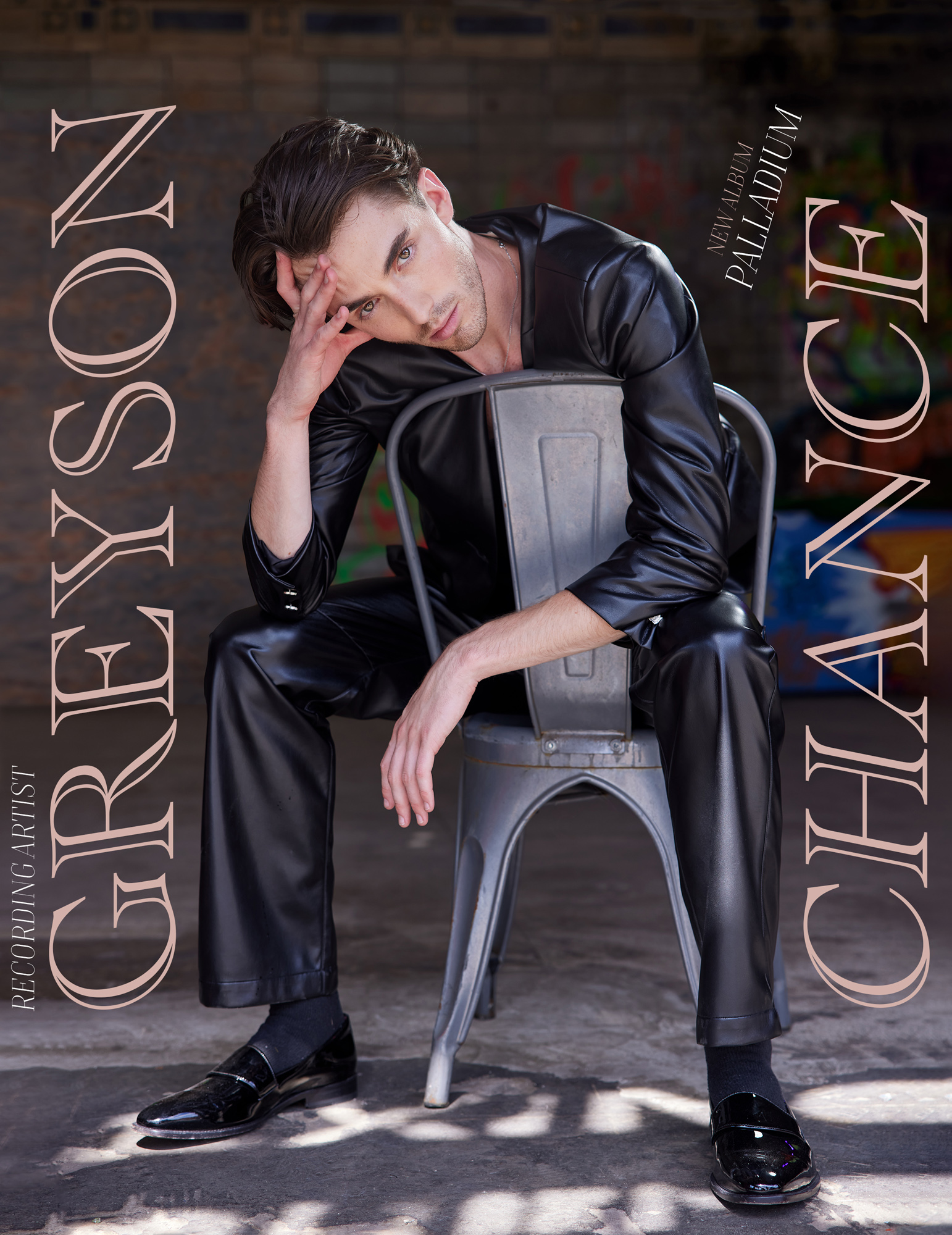 Singer, songwriter, and pianist Greyson Chance has been in the music industry since he was 12-years-old. Beyond hundreds of millions of streams, sold out shows on multiple continents, widespread critical acclaim, and a fervent fanbase, he prides himself on his storytelling above all—and he really tells his story, perhaps for the first time, on his third full-length album, Palladium, released by Lowly. Visual Tales had the opportunity to speak to Greyson about Palladium and his upcoming tour. 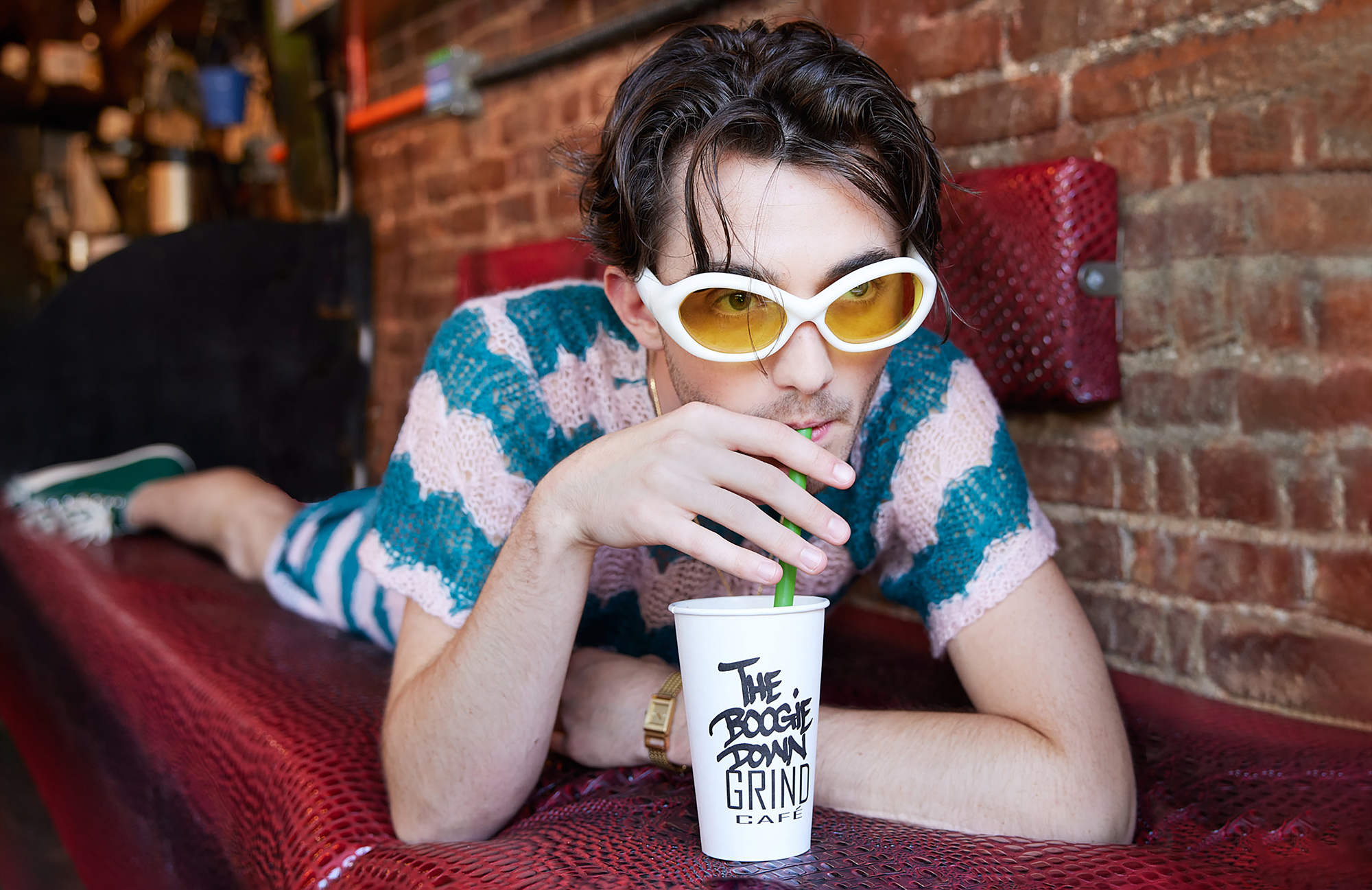 Crochet dress by Unisecon by Nina Jiang; sneakers by Converse; eyewear by TD Kent; all jewelry, Greyson’s own

Yinan Xia: Hi Greyson! How did your Byzantine historian background influence the new Palladium album?
Greyson Chance: I went to college at a time in my life where, to be honest with you, I felt was a really bad moment in my music career. I was thinking about throwing up a white flag and saying I might not be able to make it in this industry. Going to college I was surprised to find a love that was so different and so contrasted from what I had been doing for so many years. I was just an absolute nerd in college and love spending my time learning about this period of history and being inspired by the myths. There are also a lot of factual things that happened in this period that were so dramatic and I just really immersed myself in it. It wouldn’t be until this moment, now being back in music for a few years, I was in my house looking through some bookcases and found a few old books from college and it just lit that spark. Most creative people have multiple loves from creative to academic. I think we’re very eccentric and energetic people when it comes to art and history. So yeah, art history is a big point of inspiration.

YX: Was there any specific myth or literature that inspired you for the upcoming album?
GC: There's a particular emperor in the Byzantine realm named Julian, that I had to study a lot and Julian. He became an emperor when he was young and was an apostate and I resonated with that a lot. He was only Emperor for two and a half years because he was a rebel and wanted to be fighting again but died in battle. I always remind myself when I’m feeling low to just be like Julian, sometimes you need to have that energy and passion. The other thing that’s inspiring is Hesiod’s poems about the genealogy of the gods. So learning about how the Olympians came about, and the war with the Titans. There are so many good themes in ancient literature, so I re-read them pretty often. 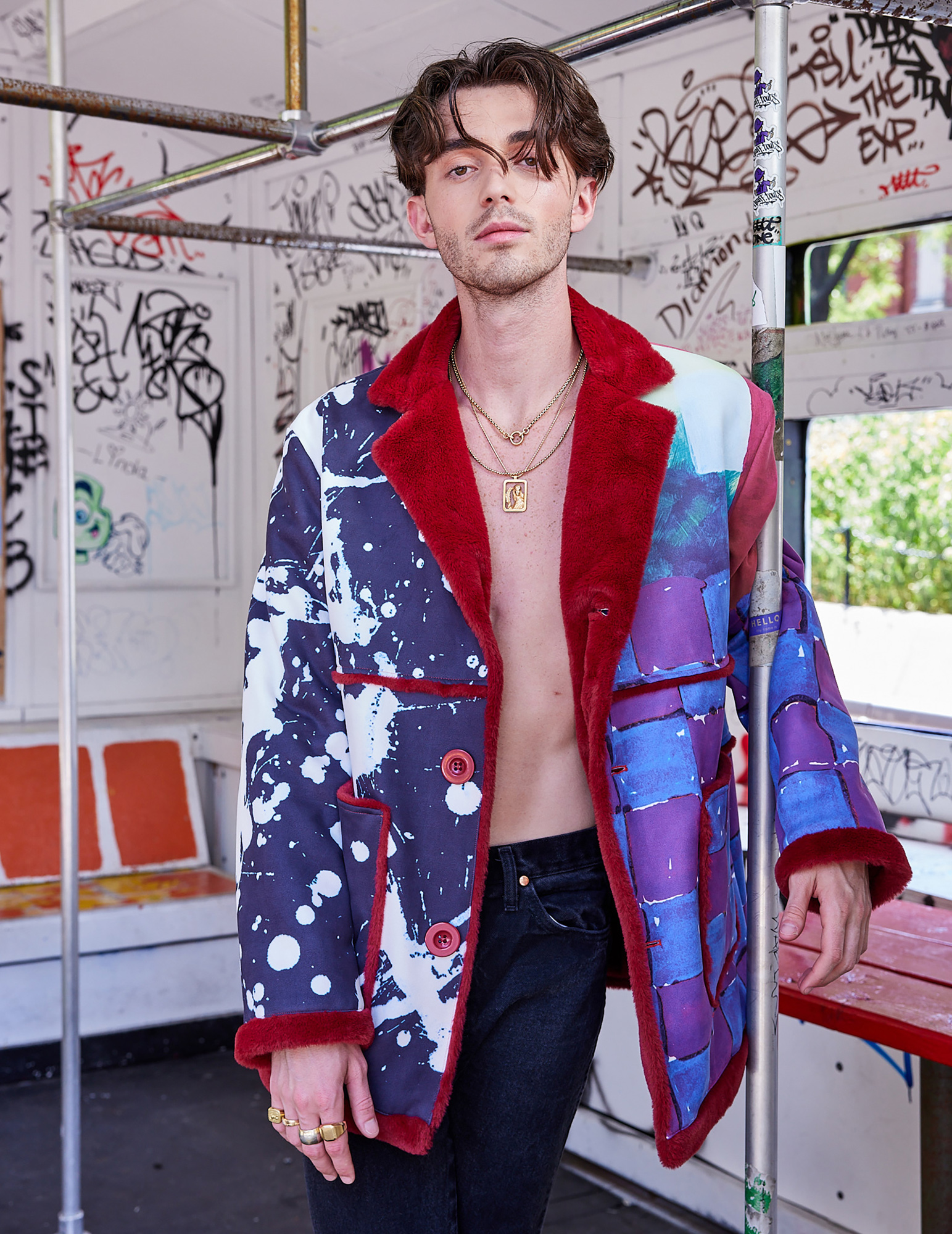 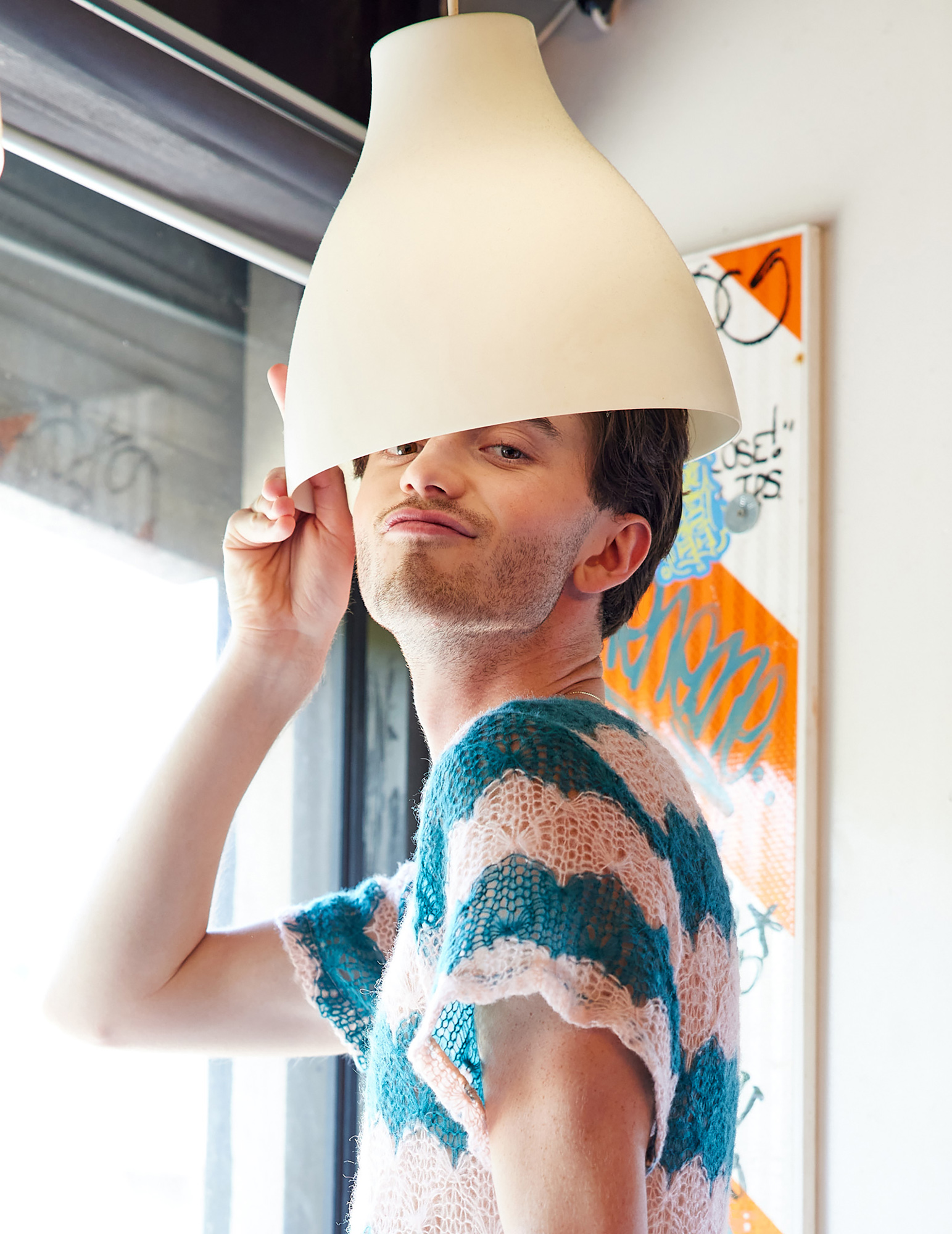 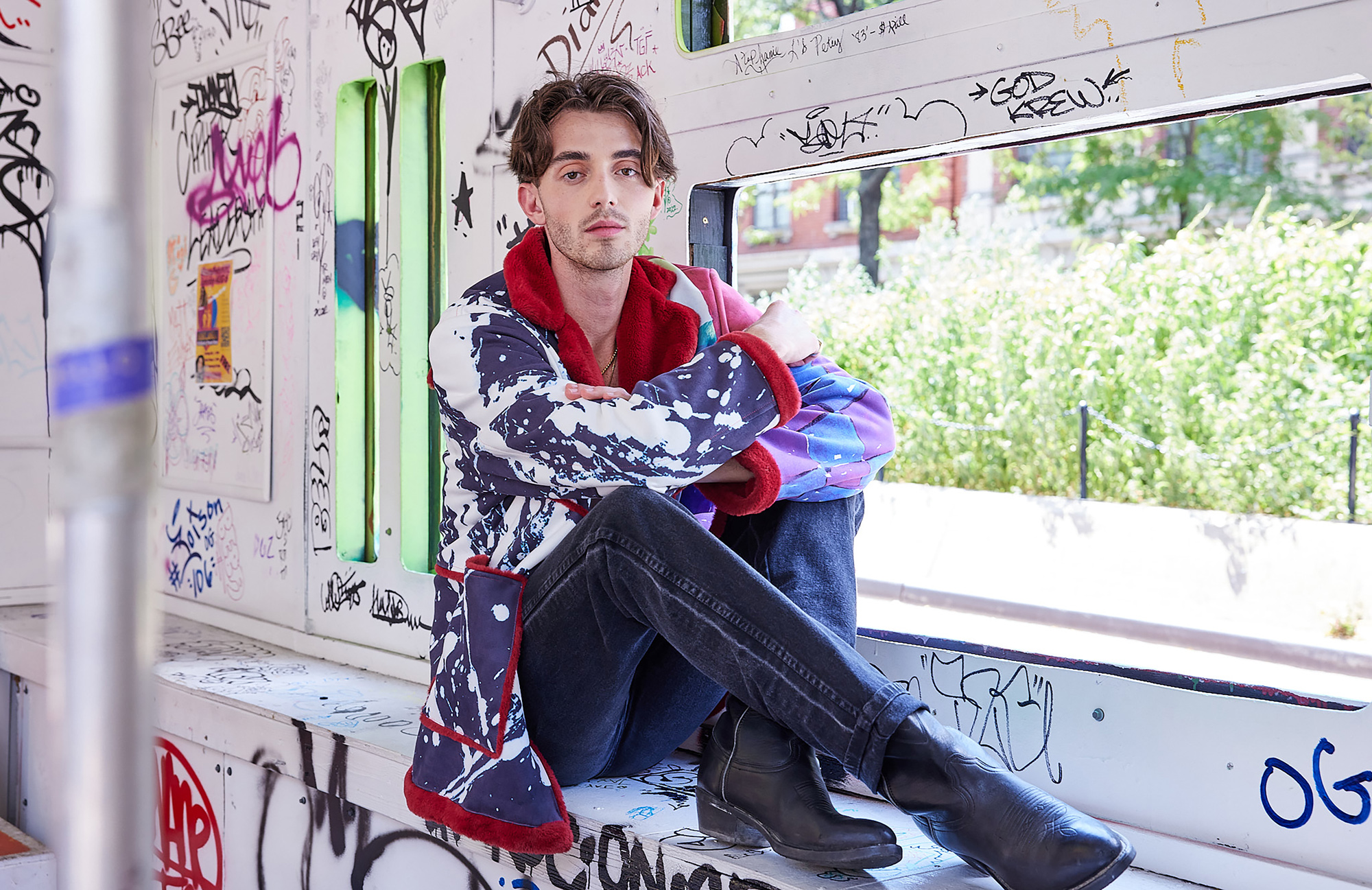 YX: What came first, the lyrics or the song name “Palladium”? What inspired you to name the album “Palladium” as well?
GC: “Palladium” was actually written the first day I went into the studio to work on this album. It was just such a unique myth all about protection and how Zeus sends down Athena to Troy and says she's protected within this structure called the Palladium. Coming into this album cycle after doing it for 12 years, a large part of me wanted to not only be successful but also happy and healthy. I think in order to do that you have to protect your creative instinct and the things that are most important to you. “Palladium” was a big splash of cold water in the face moment and felt like an entirely new direction. It felt like where I've been wanting to go for my music world for a long time and it just felt so authentic. I don't think it’s a coincidence at all that this is the first song of the album, and it served as the beacon for the rest of the album.

YX: Could you elaborate a little more on the idea of protection and what it means to you?
GC: I think a lot of people don't realize when you see me come out on stage it’s a culmination of a lot of people and entities working behind me to get me up there to play music. For a very long time in my career, because I was so young, I was very influenced by my record labels, my managers, and the people in my camp telling me what to do and how I should sound. It tends to weigh heavy over time. The other thing I felt like I needed to protect myself from is using social media to compare myself to other artists and people in my field. I wanted to get out of that headspace, protect and shield myself from outside influences and just truly trust my own instincts for my music. And the last thing is that it’s fully taken 12 years to even have that confidence to walk into the room and feel comfortable doing that.

YX: What other songs besides “Palladium” and “Athena” are you most excited for from the album?
GC: ​​I really wanted this album to have a consistent flow from beginning to end, an album that you intentionally want to play in its order. The last song on the album is called “The Balcony Song”, and when I was a kid and first listened to music, I always thought the last song was the most important thing. So I spent a lot of time recording that one, like a parting gif to the listeners and a chance to be really emotional. But ultimately, I encourage my fans to listen from top to bottom if they can and I’m excited to see how people will react to the entire album. 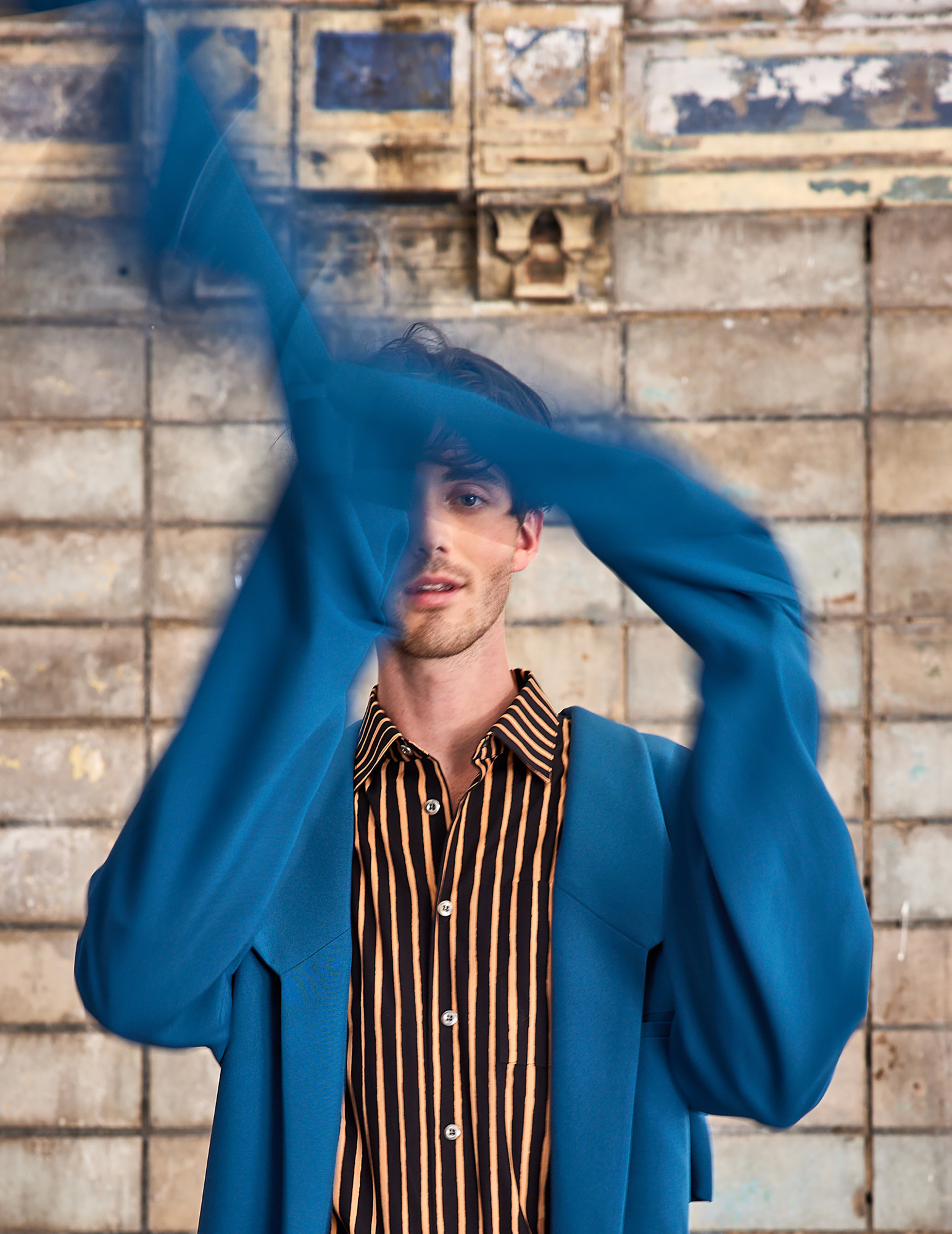 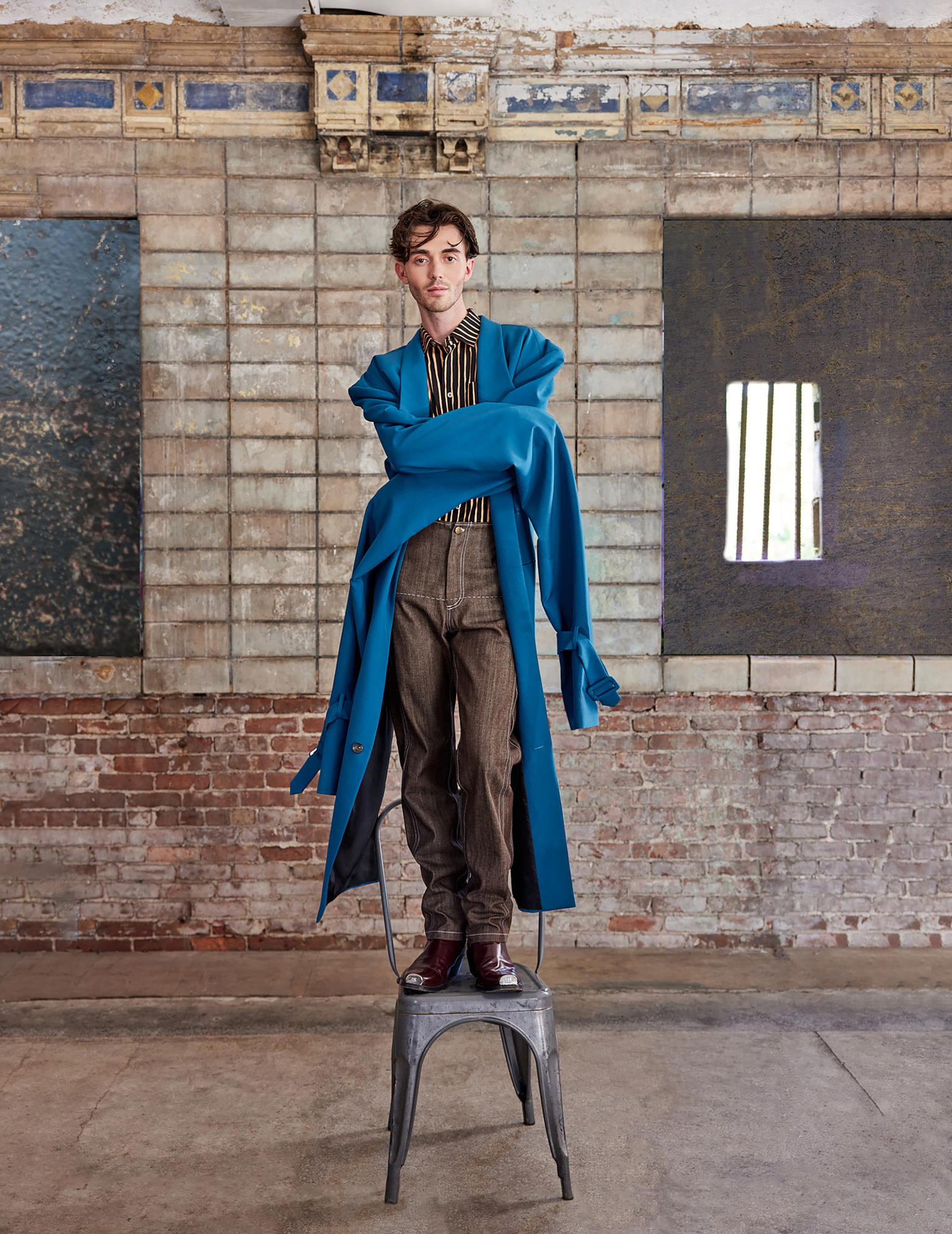 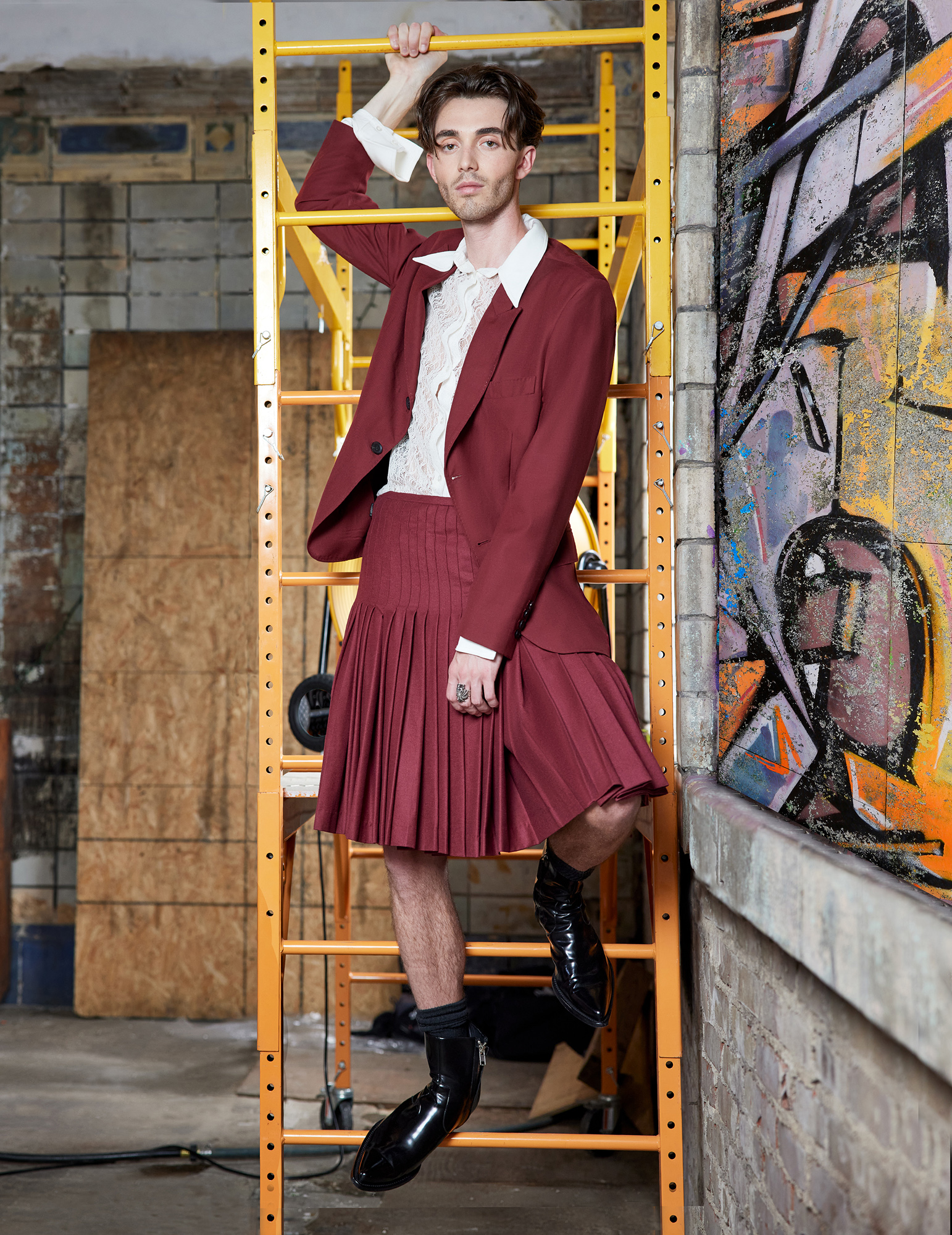 Blazer and pleated belted skirt, both by Teddy Vonranson; lace button up by Social Work; vintage western style boots by Calvin Klein; all jewelry, Greyson’s own

YX: What aspect of releasing this new album are you most excited about?
GC: I think for this one it’s touring that I'm the most excited for. I was able to do a Europe run this summer and that was only six shows, which is a really short run because things got rescheduled so many times due to COVID. I think the tour was originally 14 dates or something and now it was down to six, but it was just an opportunity to get back out on stage and end up with fans again. I think what's unique to me and my fans is that most of them have been with me since they were kids too. So there's this evolution and shared growth between us all. And it's so cool to see that from stage to look and recognize a lot of them that have been listening since they were also 12 or 13 years old. And to bring this album out on the road and play it every night and be proud of it was something I envisions when I was writing this record. I'm really, really excited about that part of it.

YX: What would you say is the most difference between your current music versus before?
GC: Topics have changed pretty drastically from when I was 14 to 24. I didn’t write any of my first albums, it was sort of all placed and given to me. After a few releases, I started to write in the studio, and I can track when I started to listen to certain music. I see myself pushing a bit more and wanting to open up when influences enter my listening cycle. When I first started listening to Joni Mitchell, you can tell within the music because I’m trying to be super poetic and creative, like throwing paint up walls. I’ve always wanted a certain level of intentionality in my music, to have a purpose for someone to put their headphones on and click on my record. But you know, I’m sure within 10 years I’ll look back at this album going, oh yea, I was so young and naive.

YX:  What’s been on your listening cycle right now and have there been any influences?
GC: It’s interesting that for this album I was listening to a lot of music that was completely different in terms of genre. A lot of hip hop and rap while I was writing “Palladium”. The staples like Lil Nas X to Denzel Curry, which is more unexpected. And then there was a lot of Radiohead during this album. And then a lot of this country artist named Tanya Tucker. It was less about the sounds of the songs or genres, but the artists themselves, finding people who are intentional and really purposeful with their art. 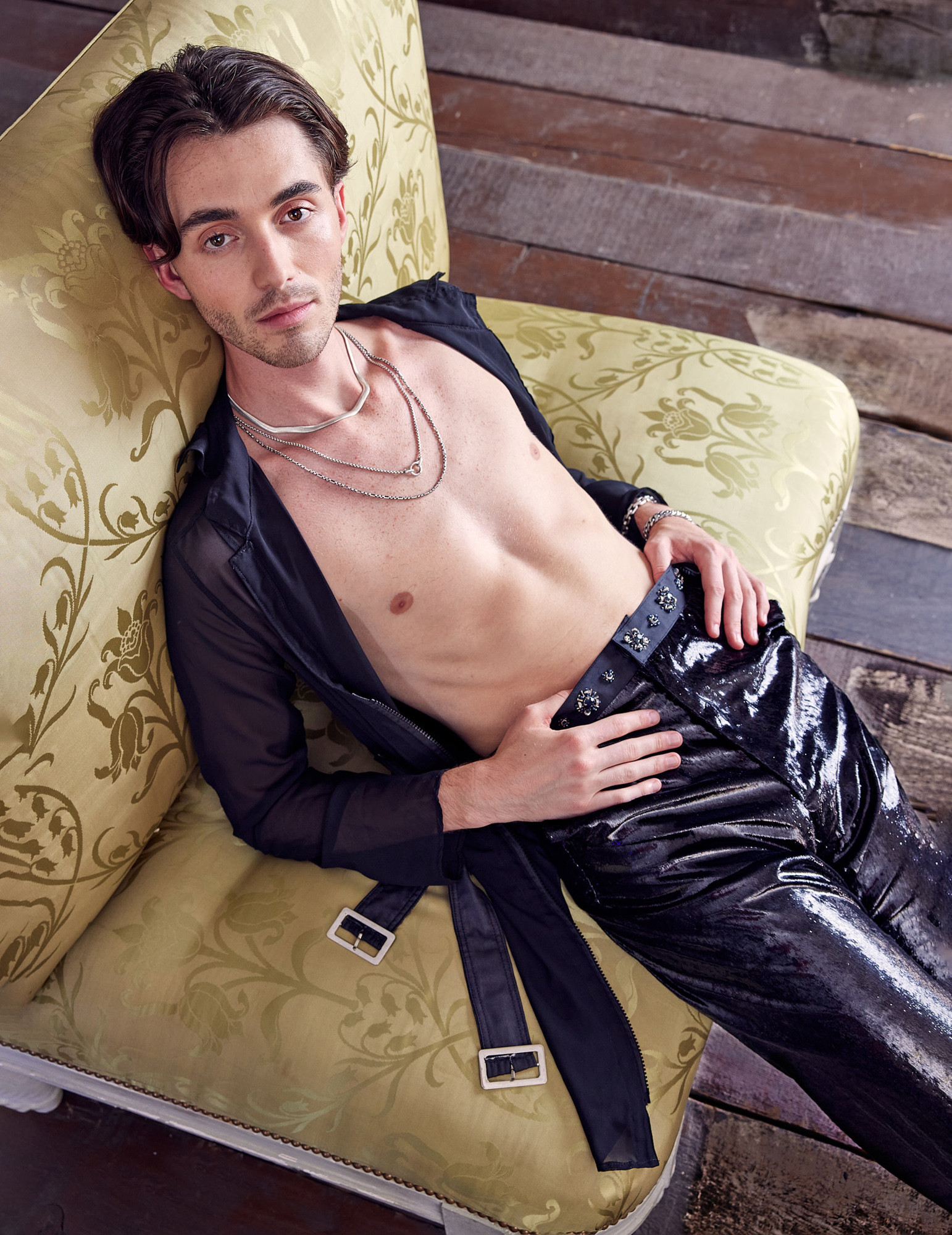 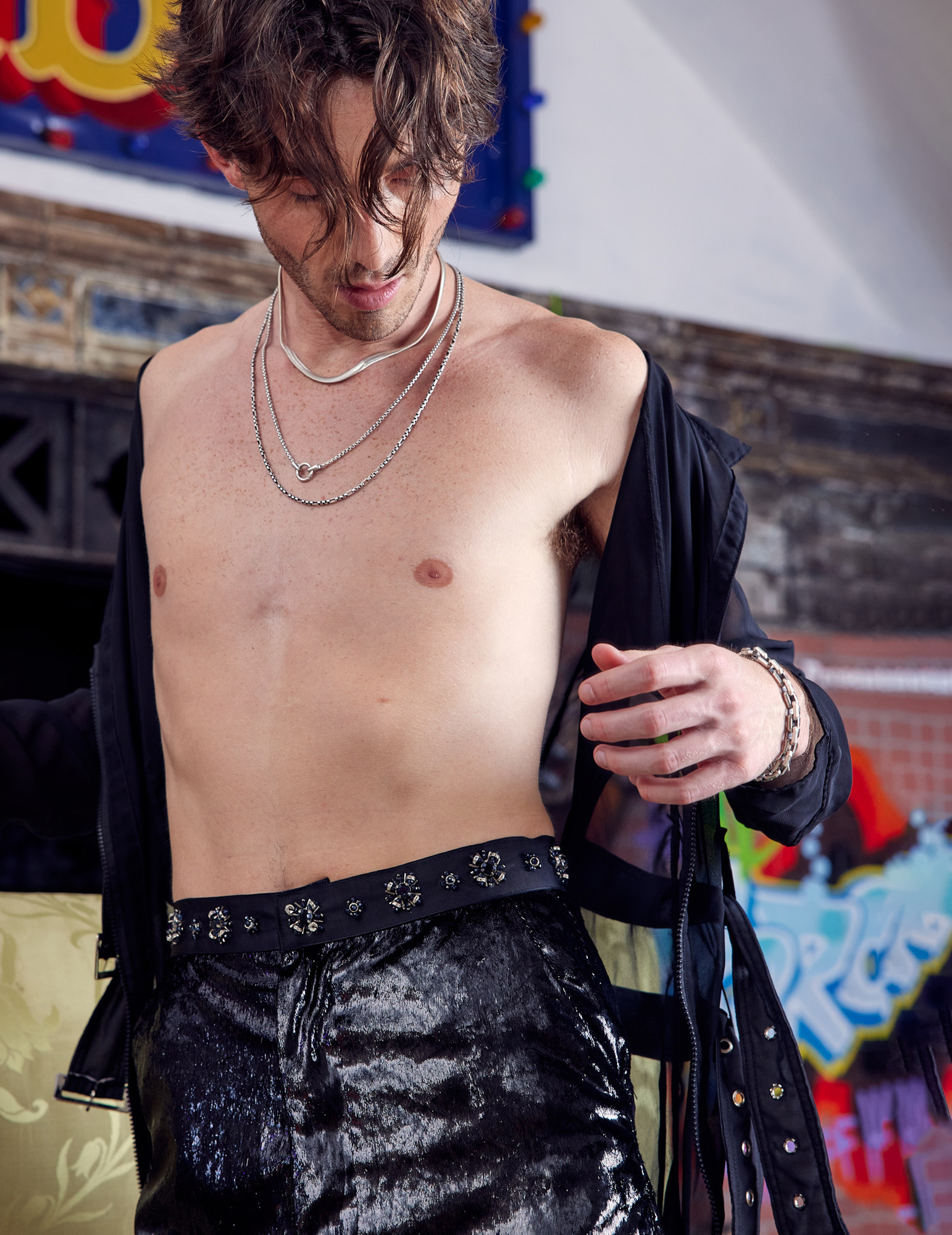 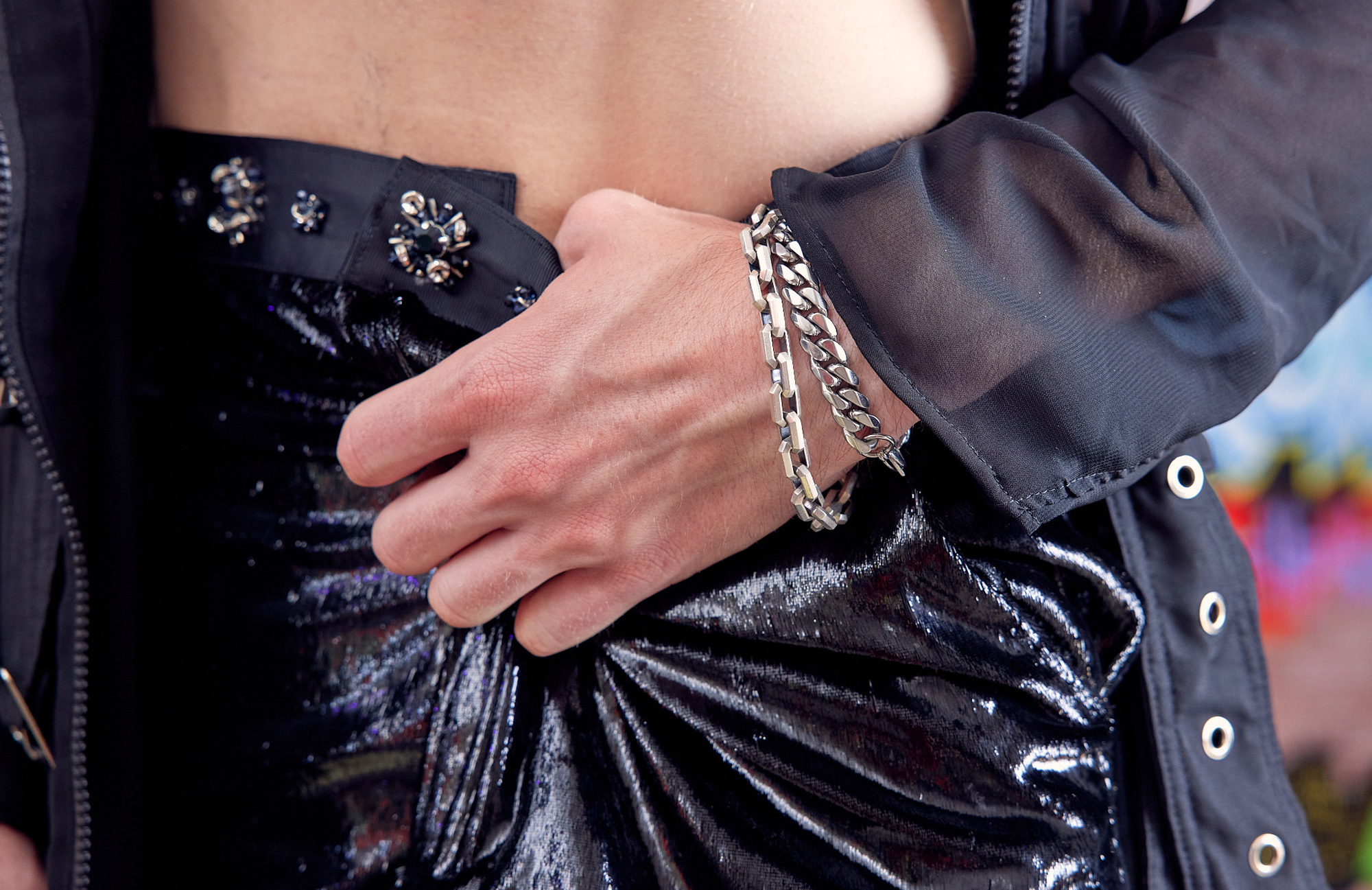 YX: I noticed in “Palladium” the song, there was a distinct sound, almost like a background vocal and I thought that was an interesting choice. Could you tell me more about that?
GC: Yea we found this sample from a sample library that we stumbled upon our first day of writing this album. I was rambling about this Greek myth and how I wanted my voice to shine through in this album. As we started playing around with some chords, I remember my producer pulling out that sound. It sounds like a little ancient choir, like this kind of female voice. And it just felt like it weaved everything together. So in the album, she comes back on multiple different songs. It's a very constant theme throughout the album and a big point of inspiration.

YX: That sound in combination with an acoustic guitar really stood out to me. I thought maybe you were referencing the sirens from Odysseus or choir muses from Hercules.
GC: Yes, there it is. You're right on the money about that.

YX: To wrap this up, how do you measure the success of your album?
GC: It already is. It’s a reminder to myself and those who come to my shows that there’s such importance and strength in continuing. And the fact that I’m still able to walk into a room and make an album after doing this for 12 years, and people still care and buy tickets to shows. Everything else now at this point is a bonus. I feel like the most fortunate and blessed artist you'll ever meet. Nothing else would taint my mind that it's already a massive success. 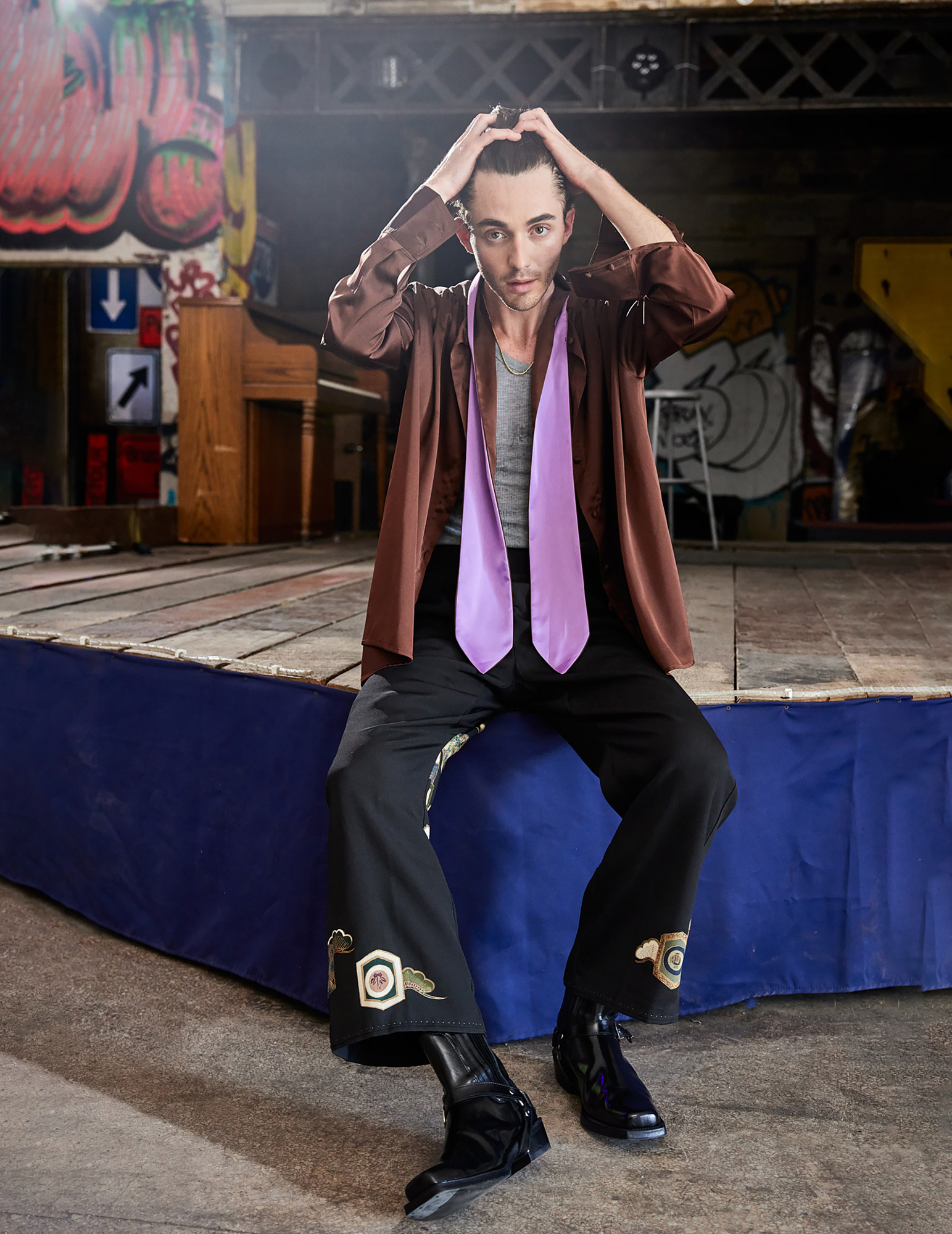 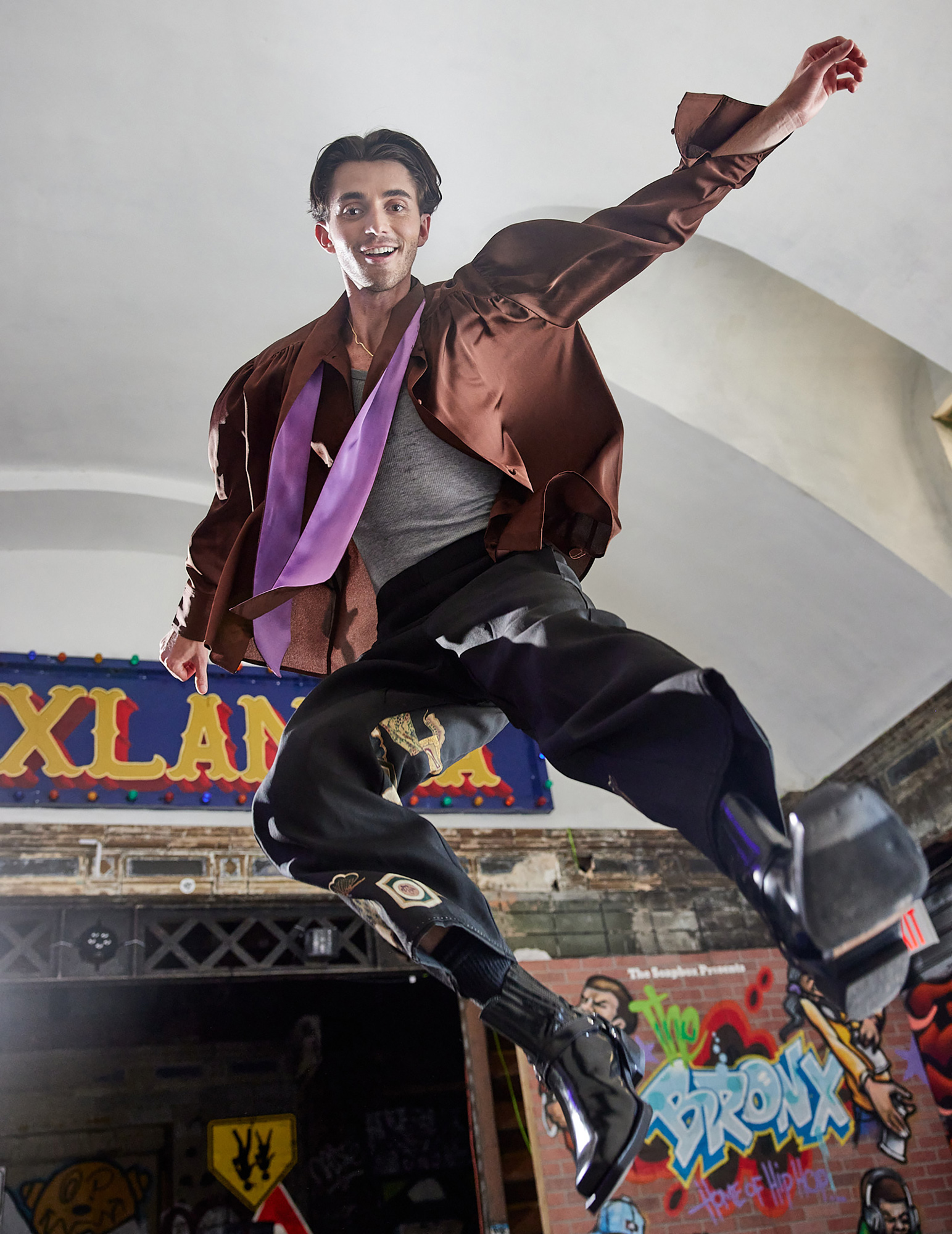 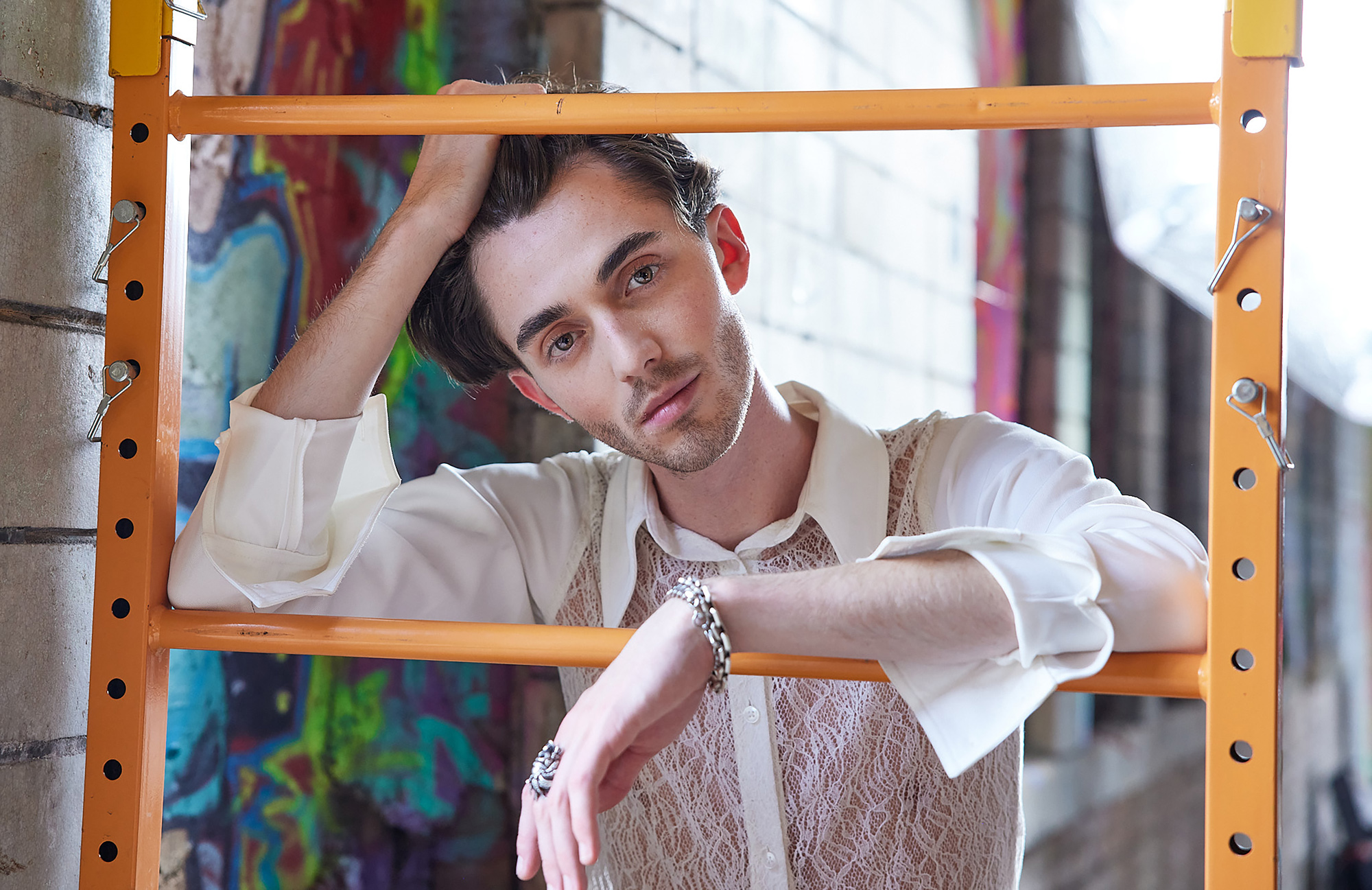 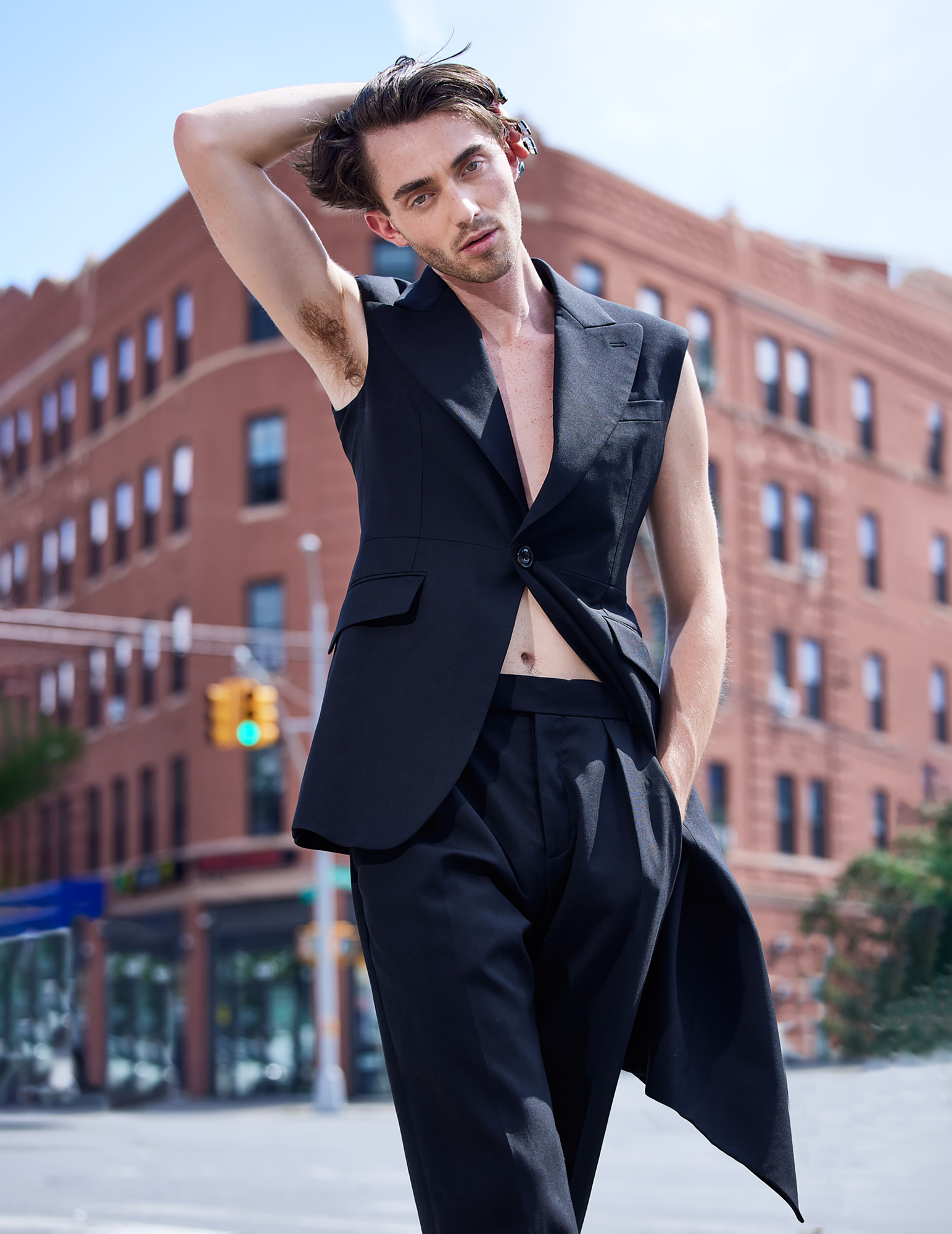 Special thanks to:
Recording artist Greyson Chance for his time and support in doing the shoot for us while in NY; Asia Gieger and Ravel Centeno-Rodriguez at KoletiView for great photography and creative contributions; Greg Cortez and Caleb Hoornbeek at 42 West for their friendship and support; Dalia Younan for great grooming; Nina Baltussen, Michael Macko and Camille Segre at Alexander McQueen; Lindsey Solomon at Lindsey Media; Paolo Fanoli and Florent Belda at Rep Agency NYC; Neil Grotzinger at Nihl; Kelci Cowley-Deyoe and Veronica Mineo at Manolo Blahnik for their support. 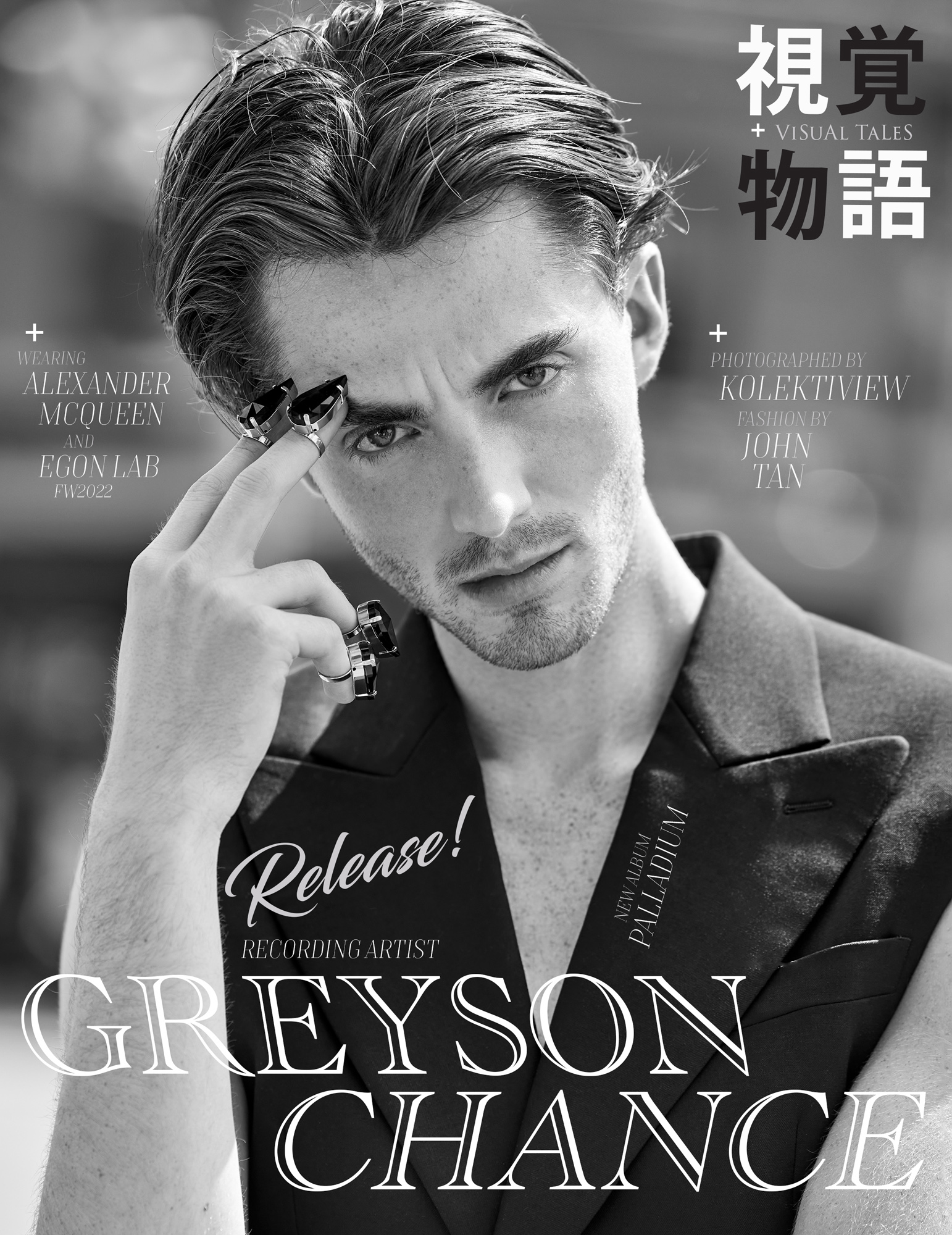