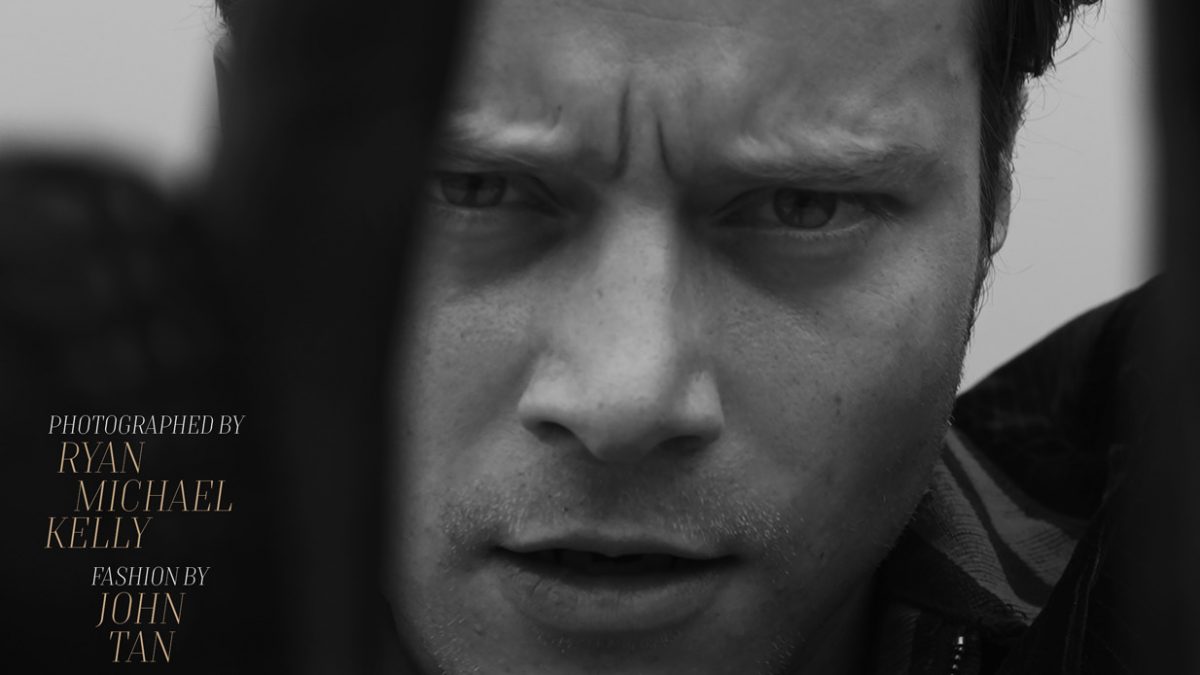 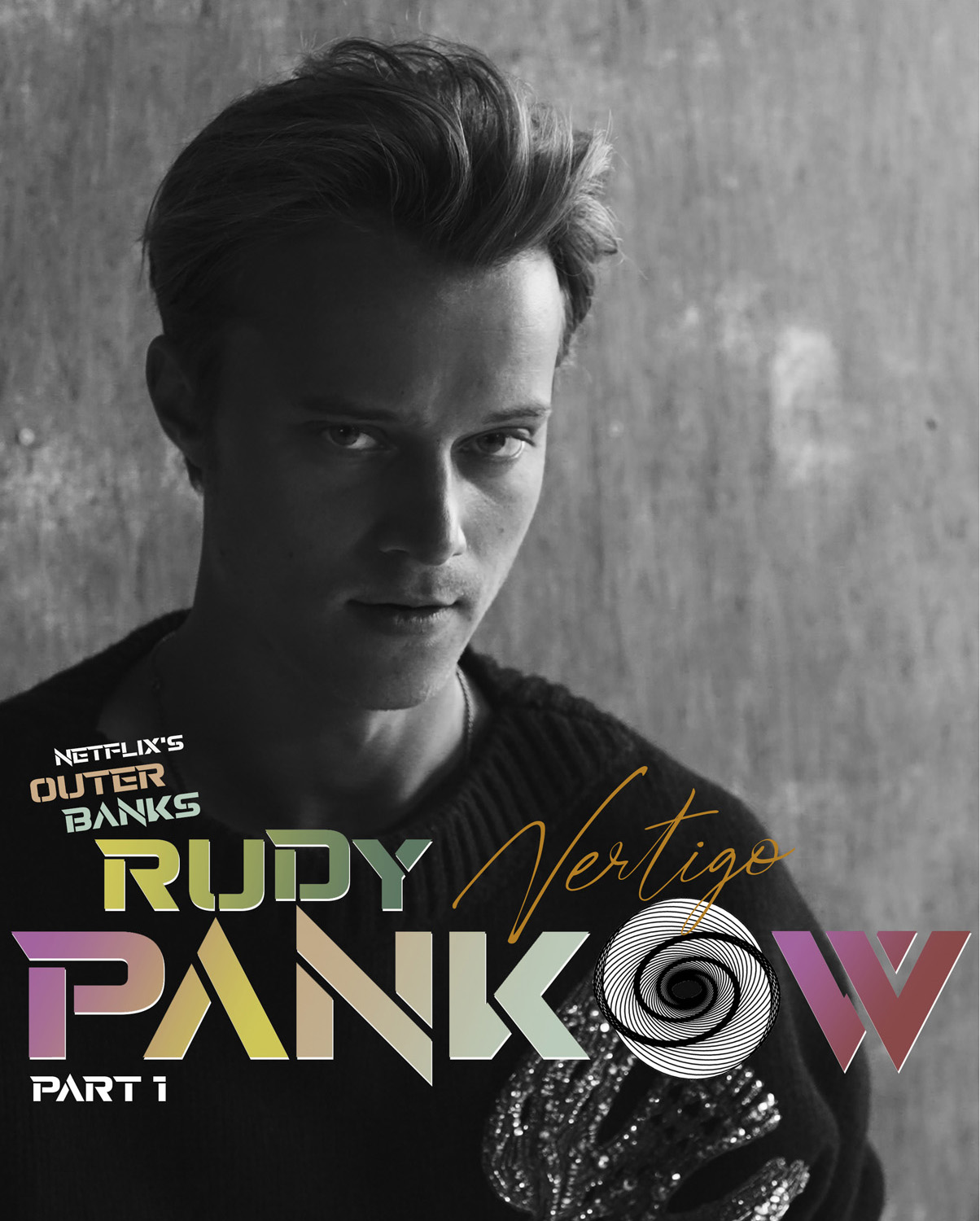 Visual Tales had the chance to talk to Rudy Pankow, who plays JJ from the hit show Outer Banks. OBX stayed in the Netflix Top 10 for over 1 month this summer after its equally successful debut from last summer. We created a fashion film and two-part photoshoot by Ryan Michael Kelly in New York, followed by an interview in Los Angeles where Rudy and Yinan discussed all things Outer Banks in Part 1 of Vertigo. 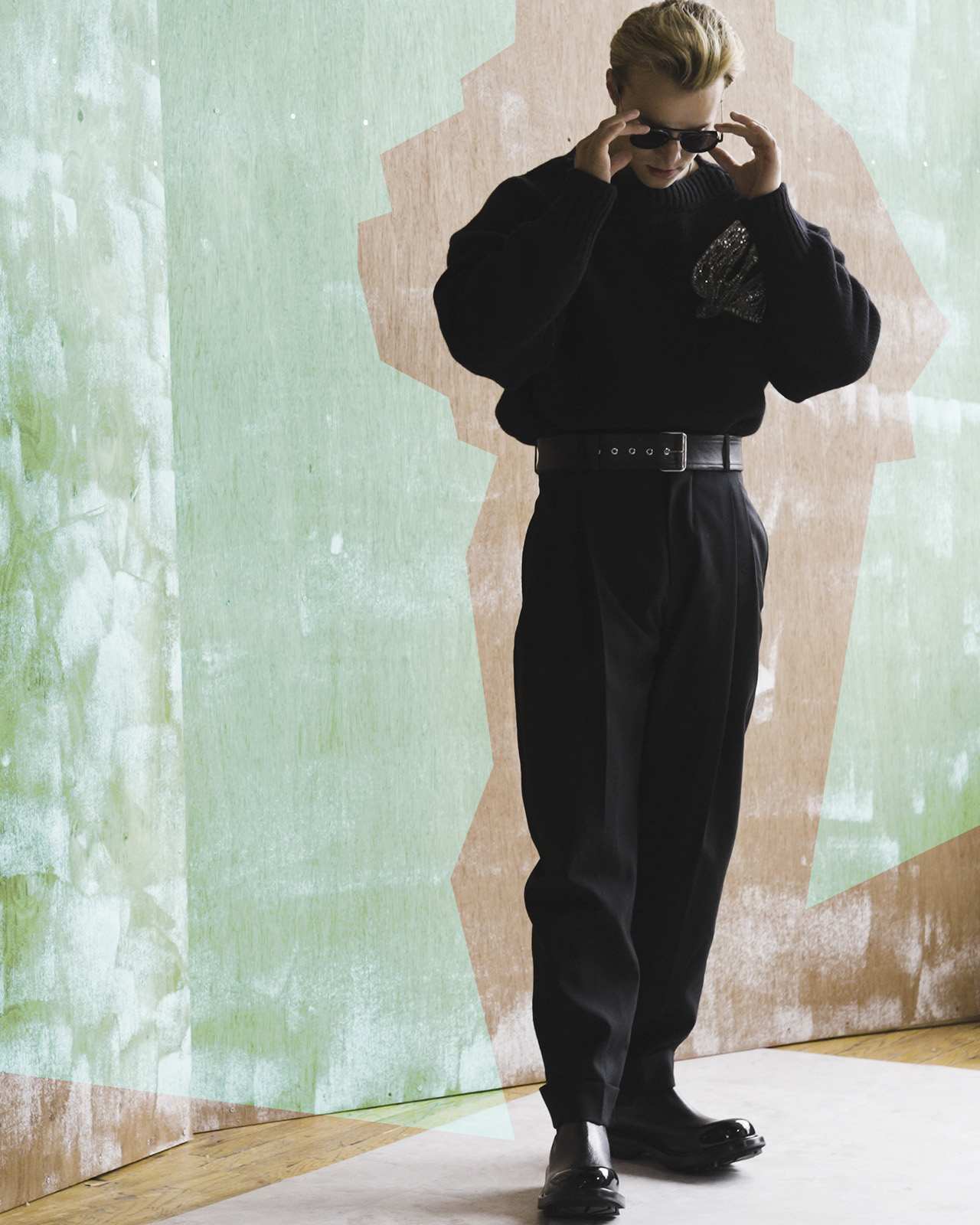 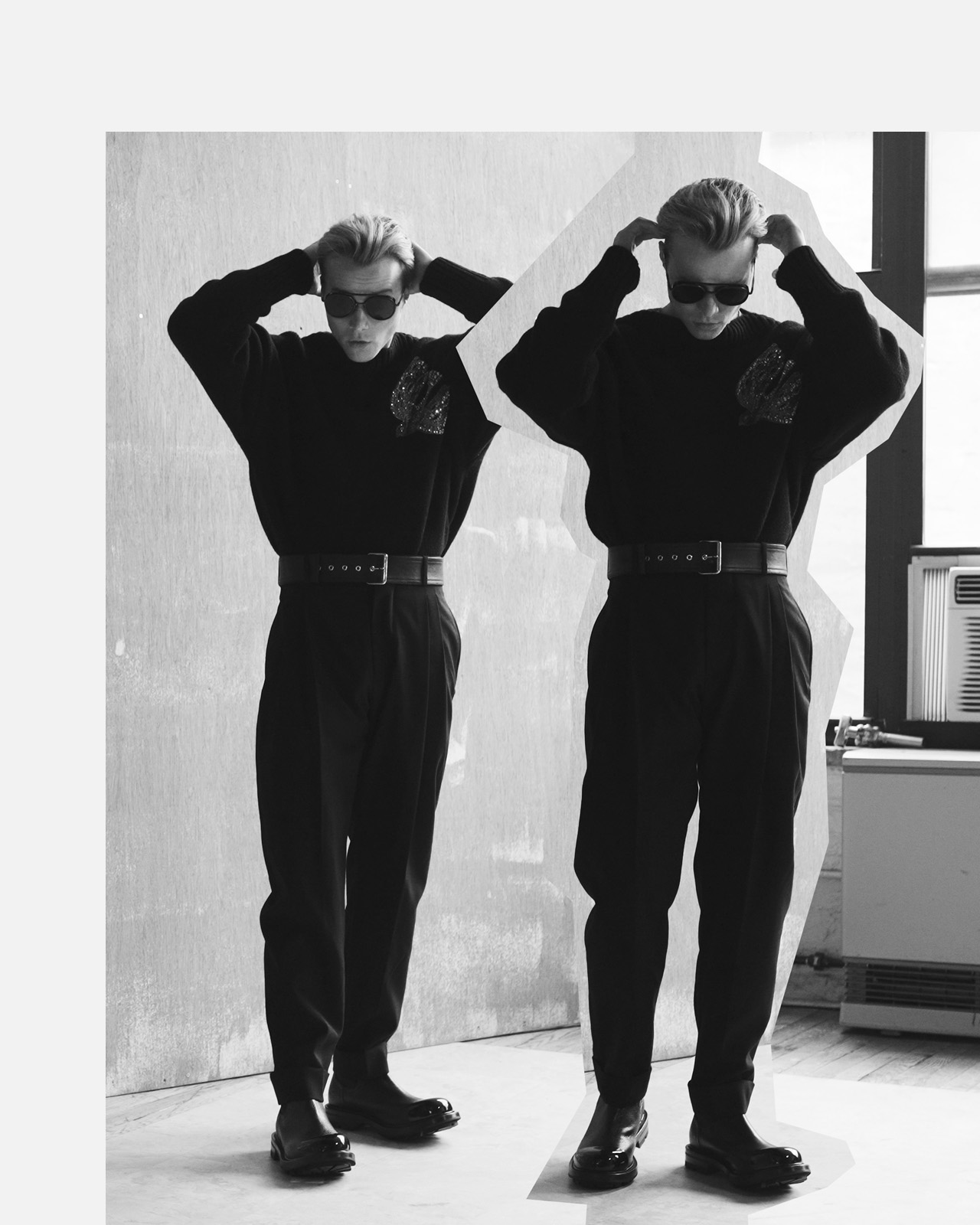 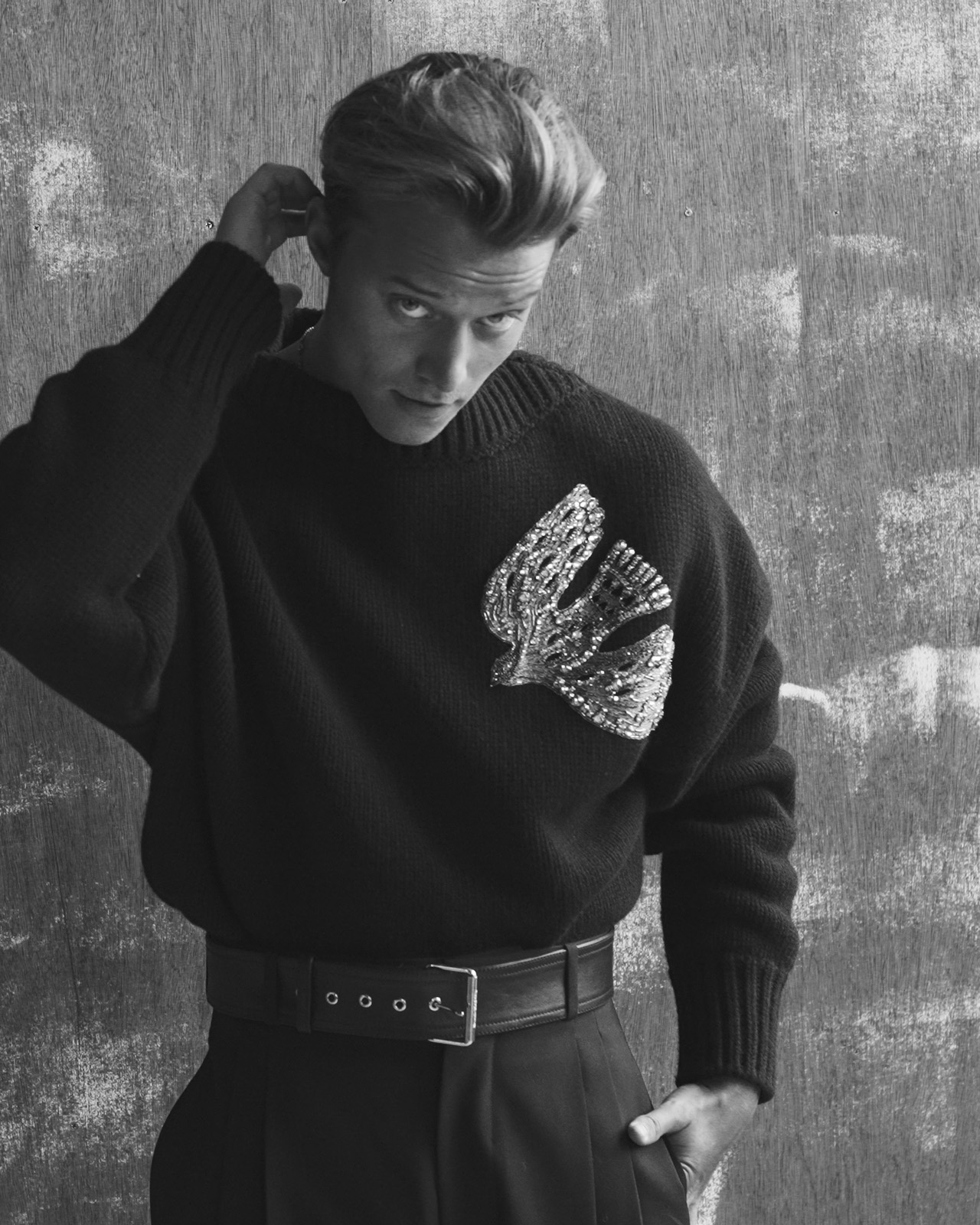 Yinan Xia: How do you like LA and do you miss your home in Alaska?
Rudy Pankow: I moved to LA right out of high school, so it just passed the five year mark. I haven’t had a whole lot of activity outside of work, but I recently went out for the first time which was nice. I do miss Alaska a lot. My family recently visited but I was unable to be here with them. I really miss the rural isolation and I miss things like taking your family out on a kayak and other small town stuff.

YX: I know what you mean about getting out for the first time, I just got to LA a few days ago. Let’s talk about Outer Banks, what was the biggest difference shooting on set between Season 1 and Season 2?
RP: The biggest difference was we shot Season 2 during the pandemic, which just made things more complicated like protocols and boundaries. I feel Covid was always on the back of the brain and as an actor, you have to let go of your own reality to get into character, which was especially challenging during the pandemic. 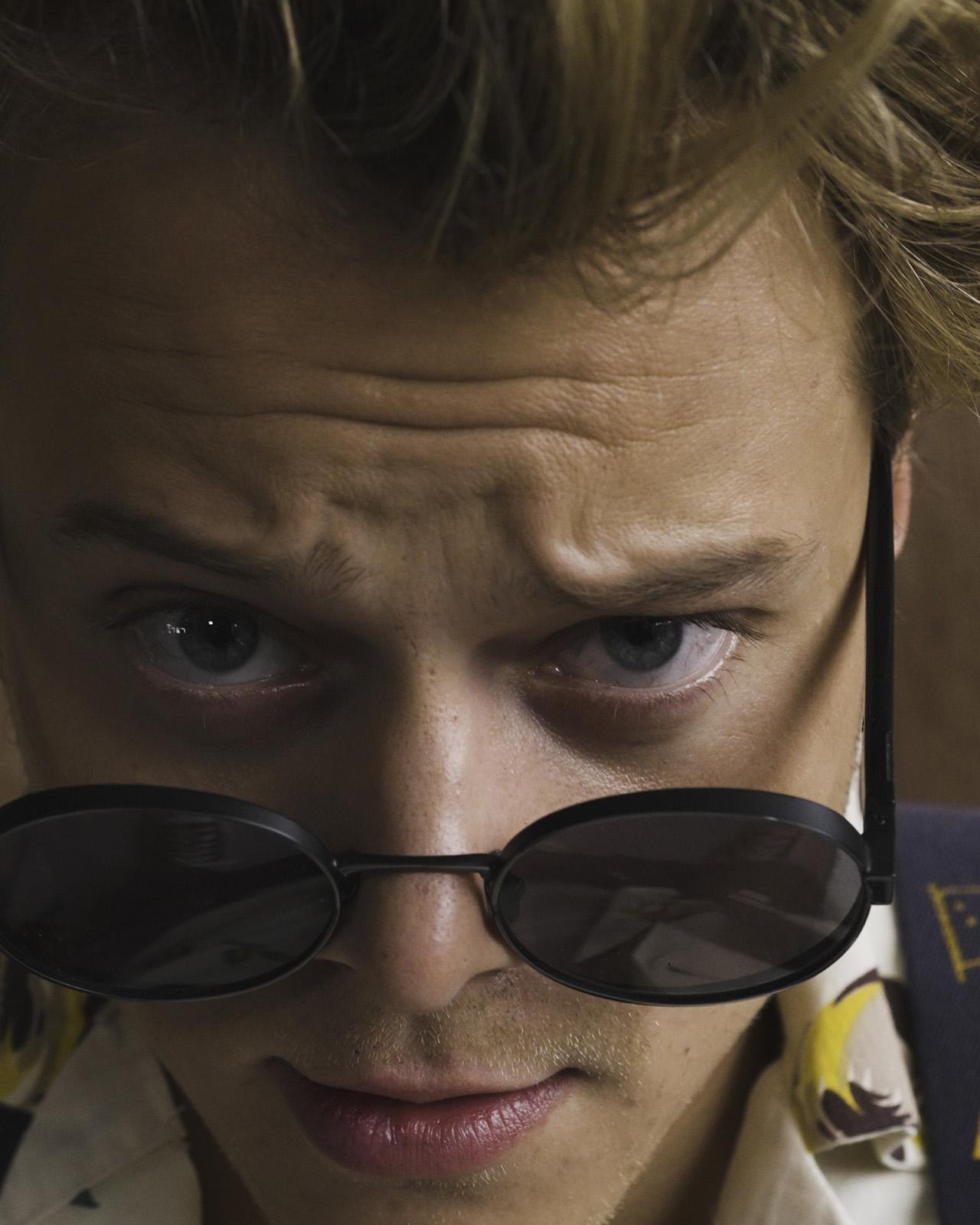 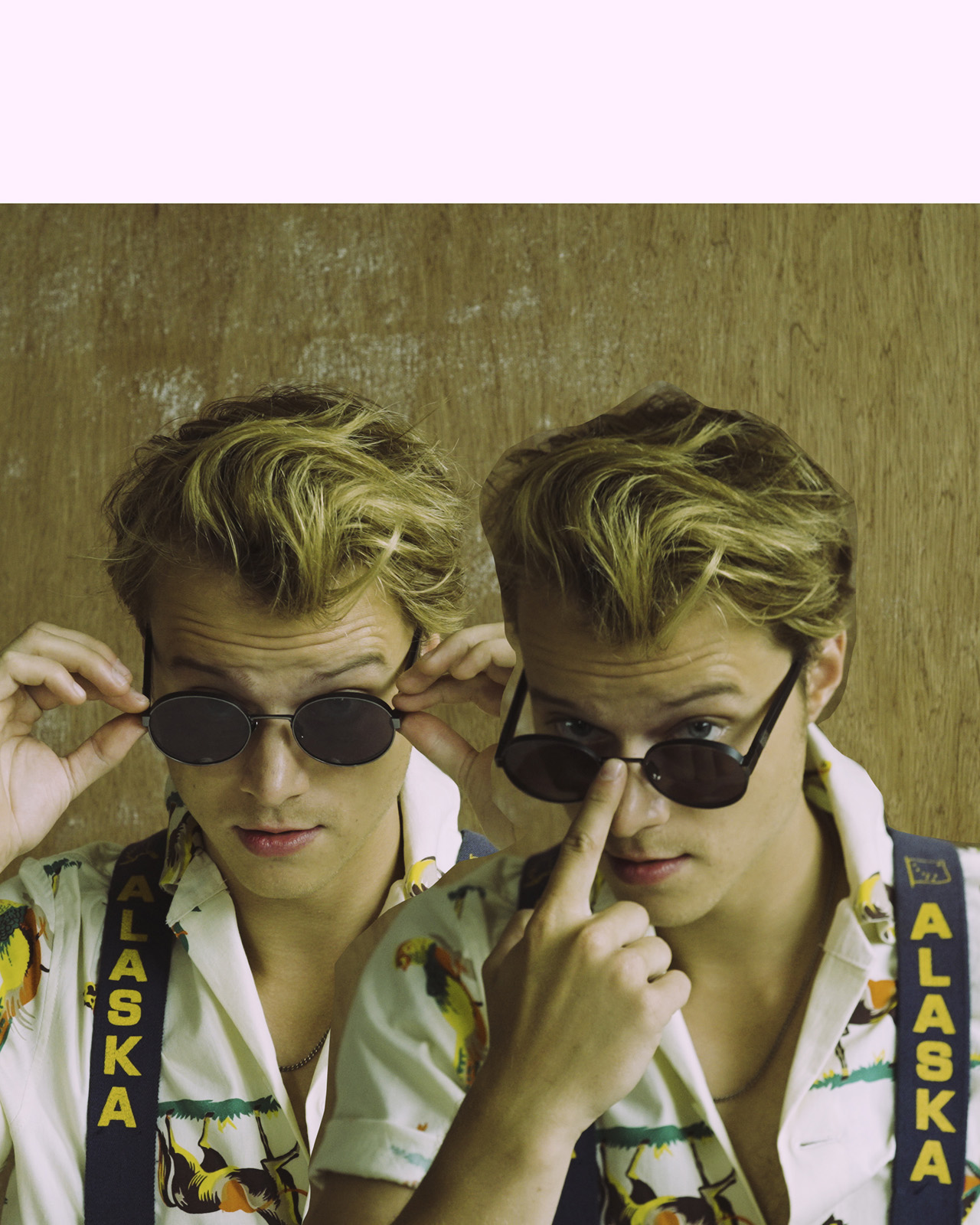 YX: What was your favorite scene to shoot from Season 2 of OBX?
RP: I have so many, but one of my favorite scenes is the John B and JJ jail cell scene. It was the first time I got to work on a page long of dialog with Chase (Stokes).

YX: Now that you've gotten to know the cast for more than a season, who would you say is most like their character in real life?
RP: The likeness is a hard one to choose because I feel all the main characters are a little bit like the actors who portray them. But we also have our differences so it’s hard to rank them. It’s easier for me to say that the one character that is least like their character is Drew (Starkey) playing Rafe. It’s fun to play a psychopath because it takes a lot of creative imagination playing something very different from you. 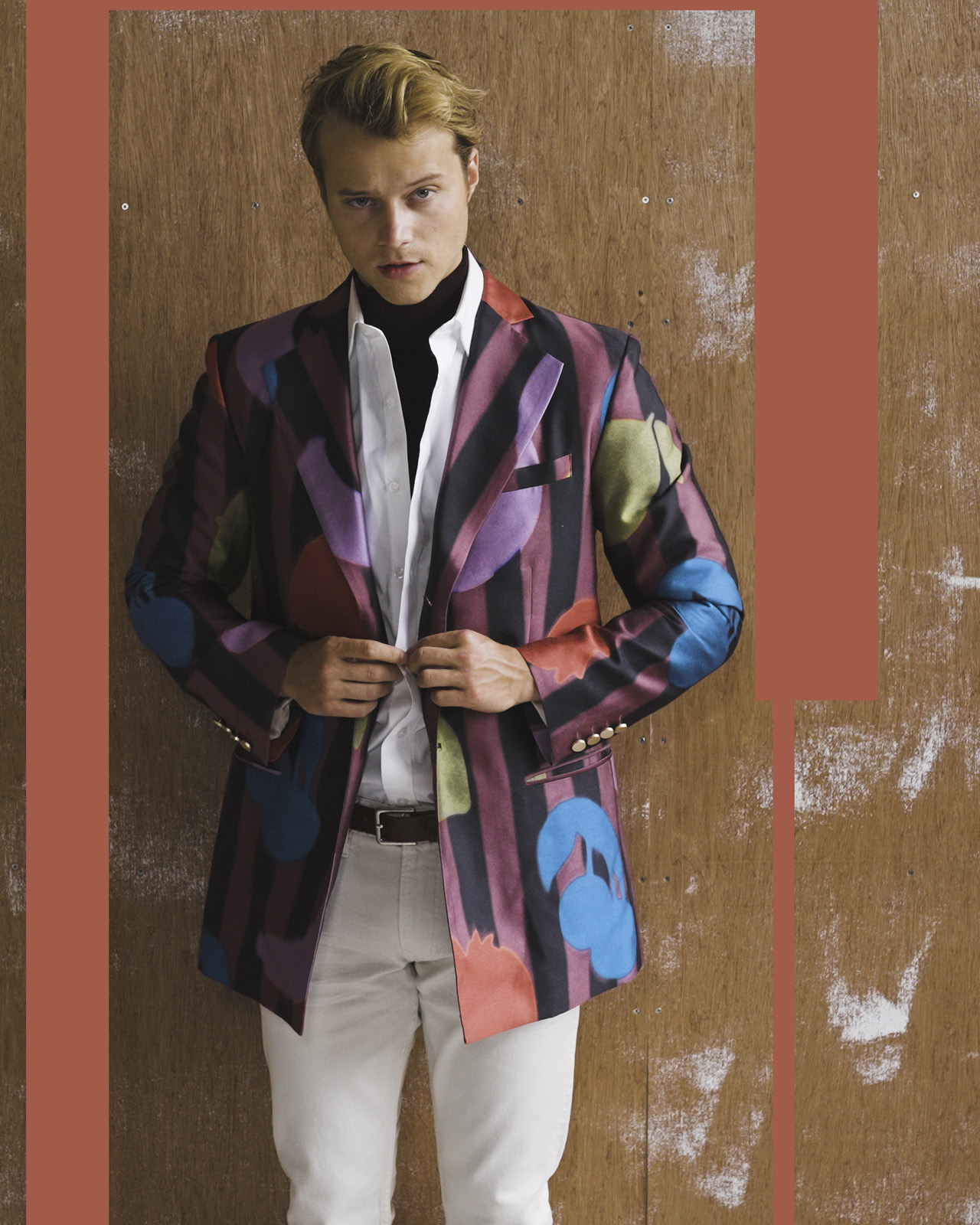 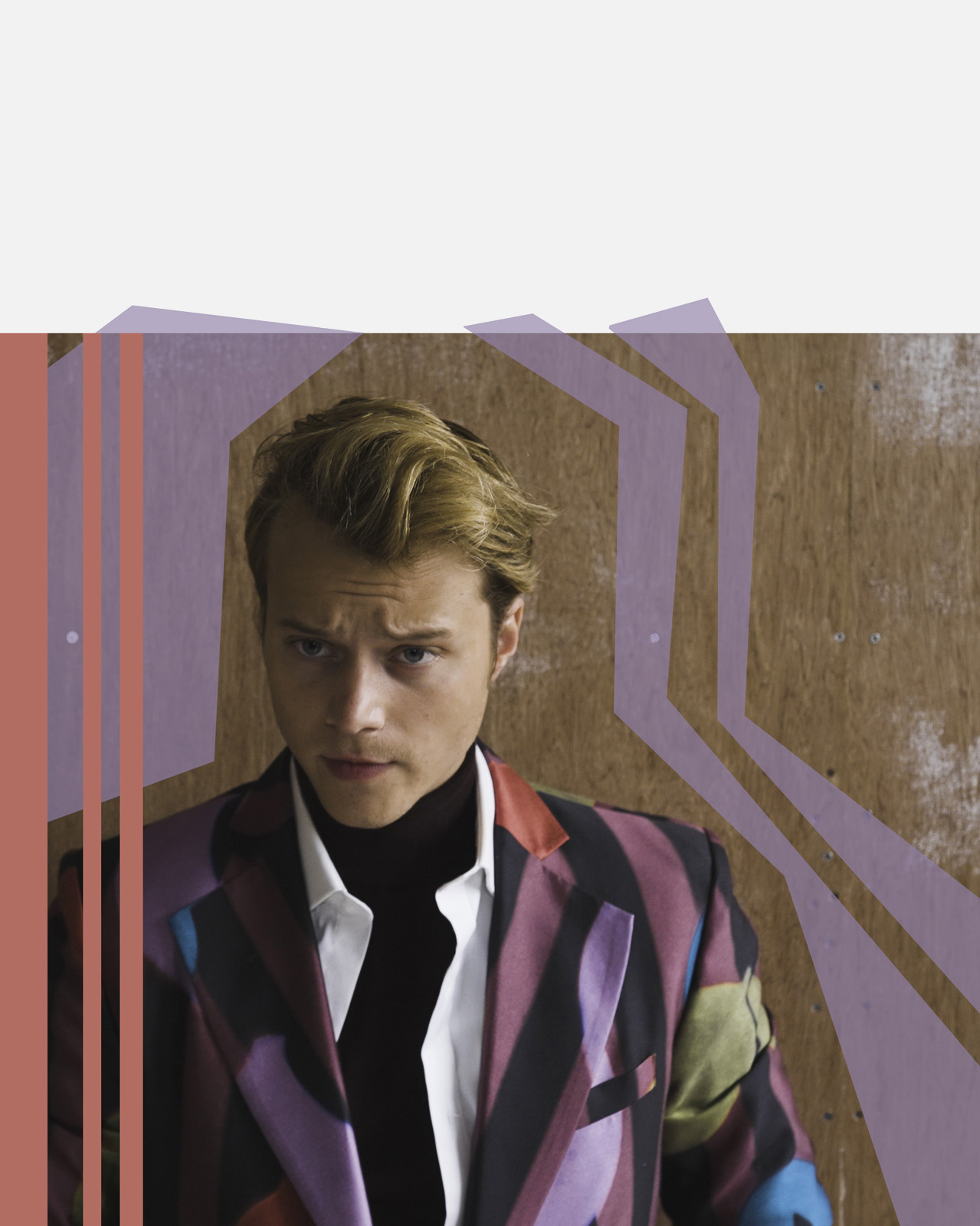 YX: Do you prefer long dialogs or shorter action scenes?
RP: I think it’s good to have a balance of both. But I find that the more verbally driven than action driven scenes engage me more mentally. I do still love action scenes, growing up my favorite movies as a kid were Jason Bourne and Mission Impossible. Scenes with long dialogues between people require you to mentally figure out a dance. When you shoot a scene, there’s usually four elements: your own mental space, the other actor, the camera, and what the director wants. You have to be aware of all those elements and at the same time let all of that go, and that’s the dance.

YX: What do you hope to see for your character JJ in Season 3?
RP: In Season 3, I really hope JJ gets to make a mistake, something that he thought was him trying to do the right thing, but it doesn’t work out. I hope to see him go through those challenges but still be able to get back on his feet. 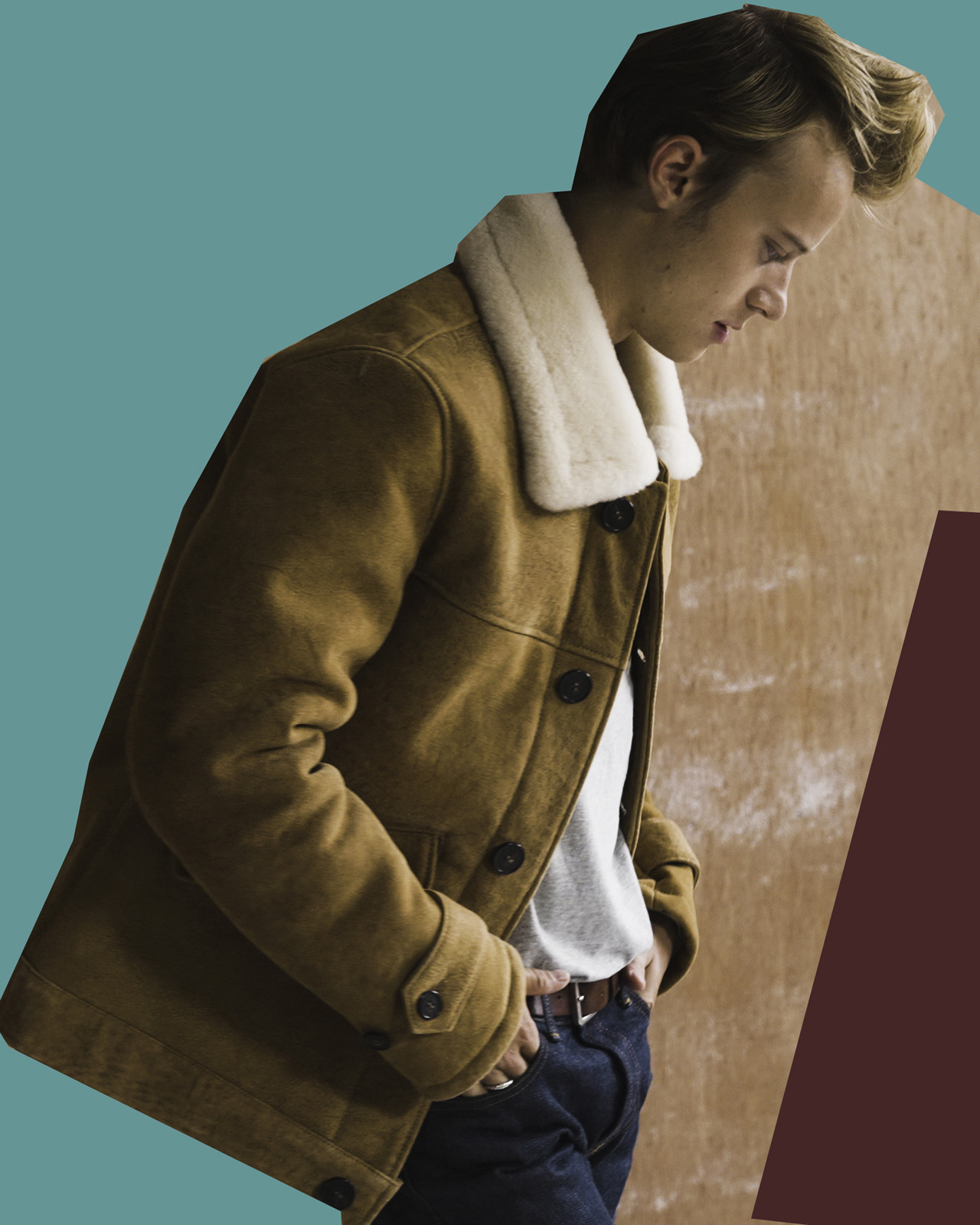 Shearling coat, t-shirt and denim jeans, all by OFFICINE GENERALE; leather belt by JOHN VARVATOS; chain and ring, both by MEJURI 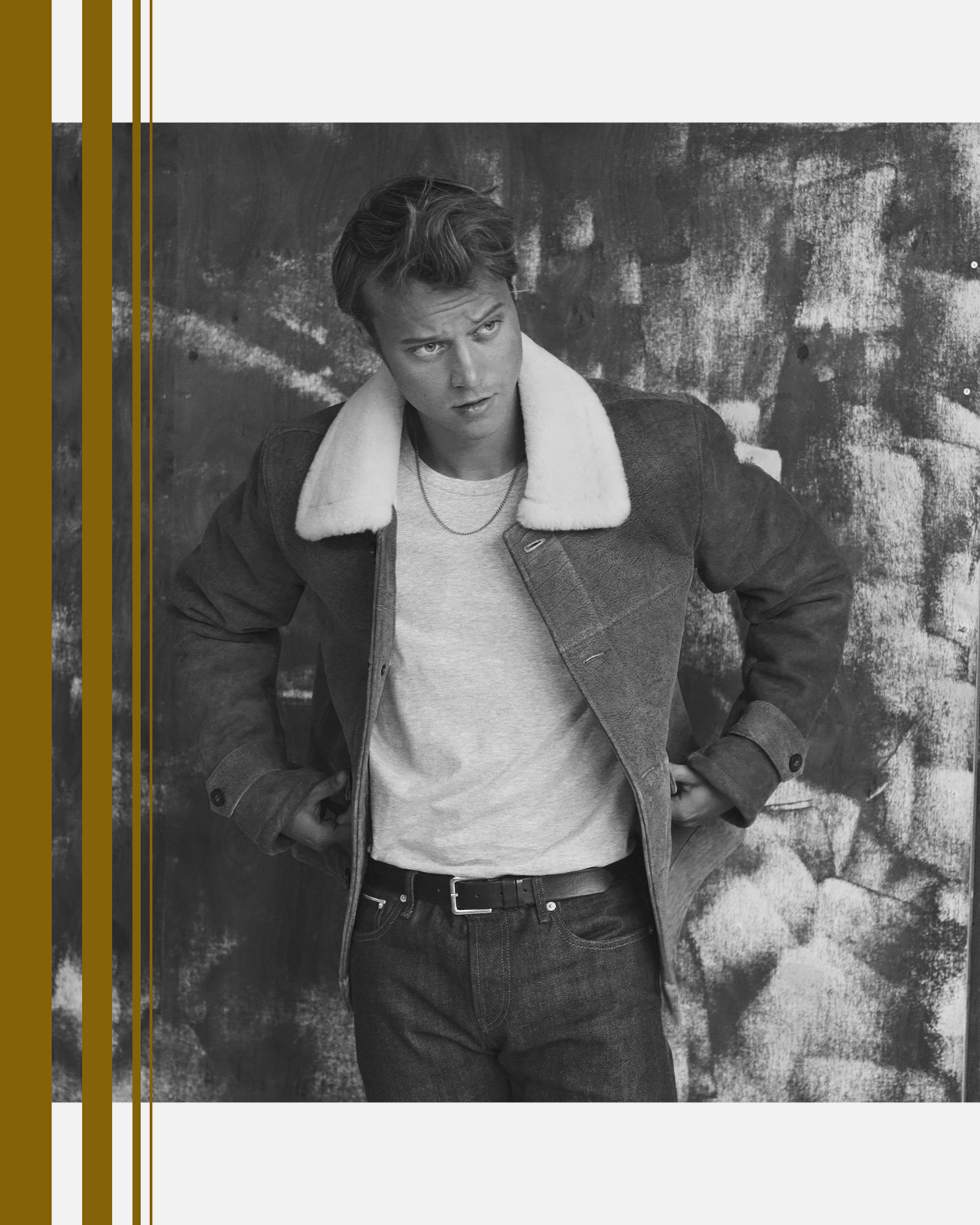 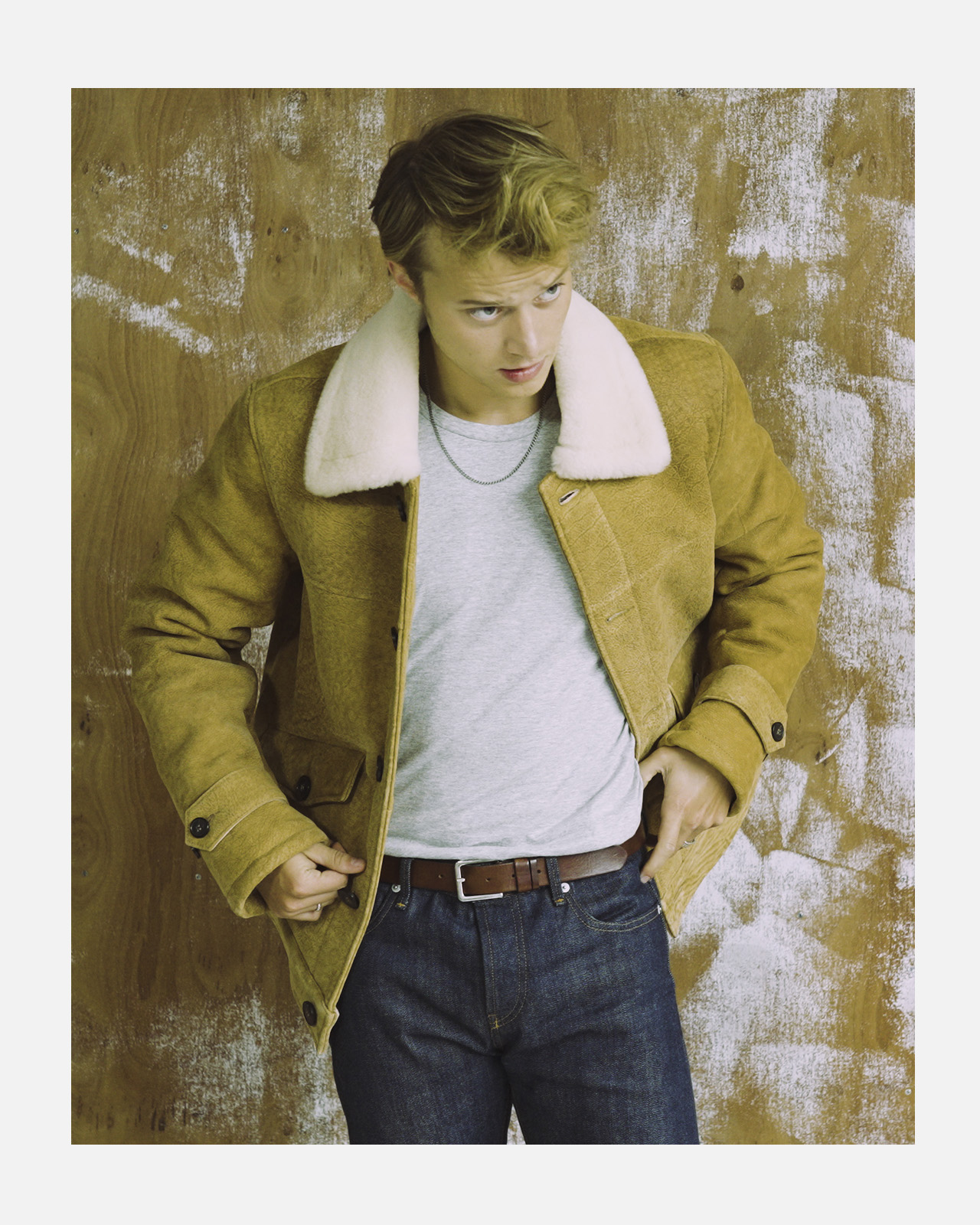 YX: OBX is filmed in South Carolina but is based on the Outer Banks in North Carolina. Have you ever been to the real Outer Banks?
RP: I was able to go visit the real Outer Banks after I shot Season 1 and it was really amazing to see how on par the show was to the real place. When you’re there, you’re just in your own existence of the elements of surfing, fishing, and wilderness. It was really special to experience the on set version of Outer Banks and then seeing the actual place it was inspired by and how close to reality it was.

YX: I can just imagine the temperature difference kayaking in the Outer Banks versus Alaska.
RP: Oh yeah, when I went to the Outer Banks for the first time, I was like: holy cow, this is straight up bathwater! The water there felt so good because in Alaska you kind of jump in and get out quickly, you can’t linger in those waters. 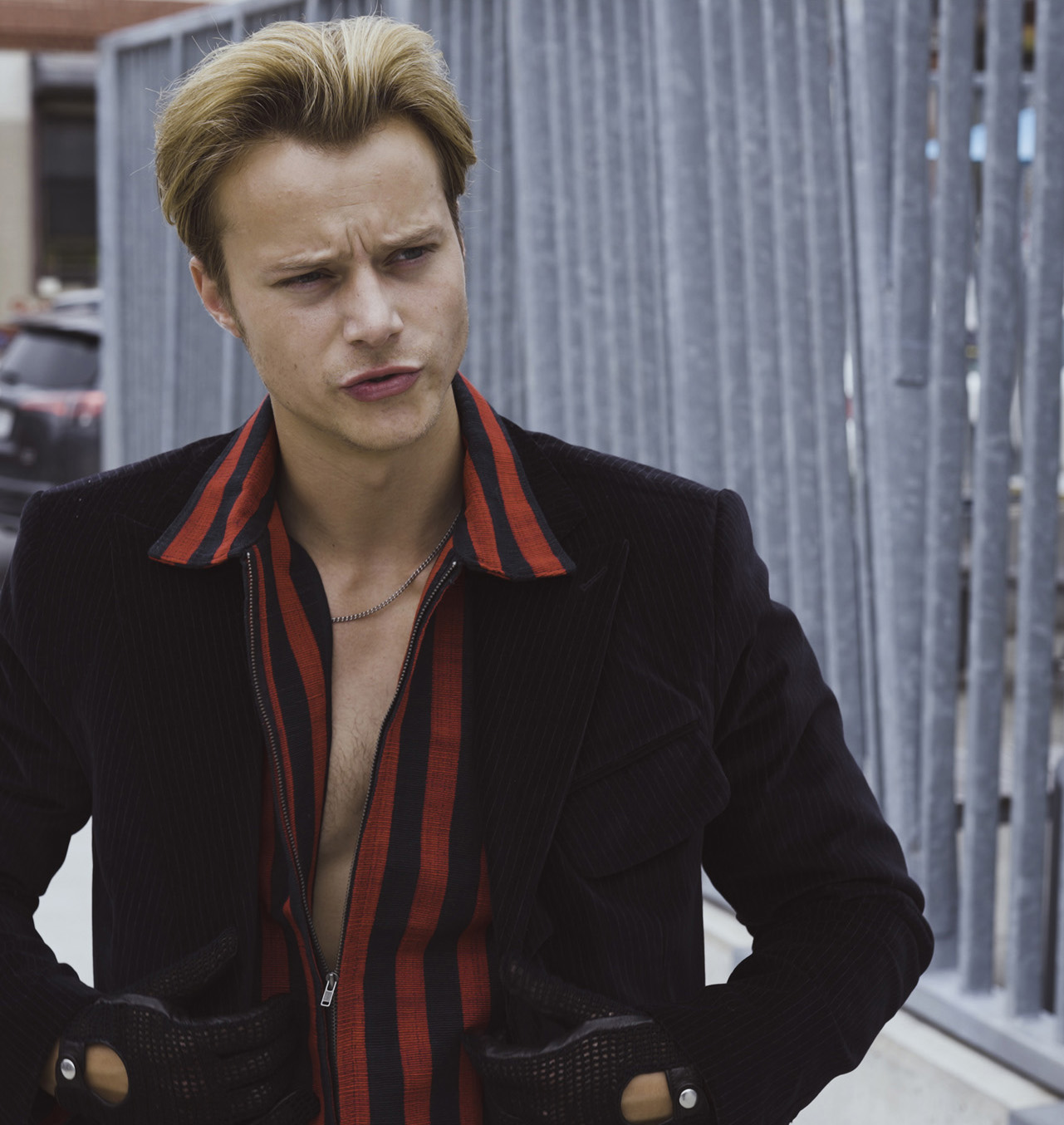 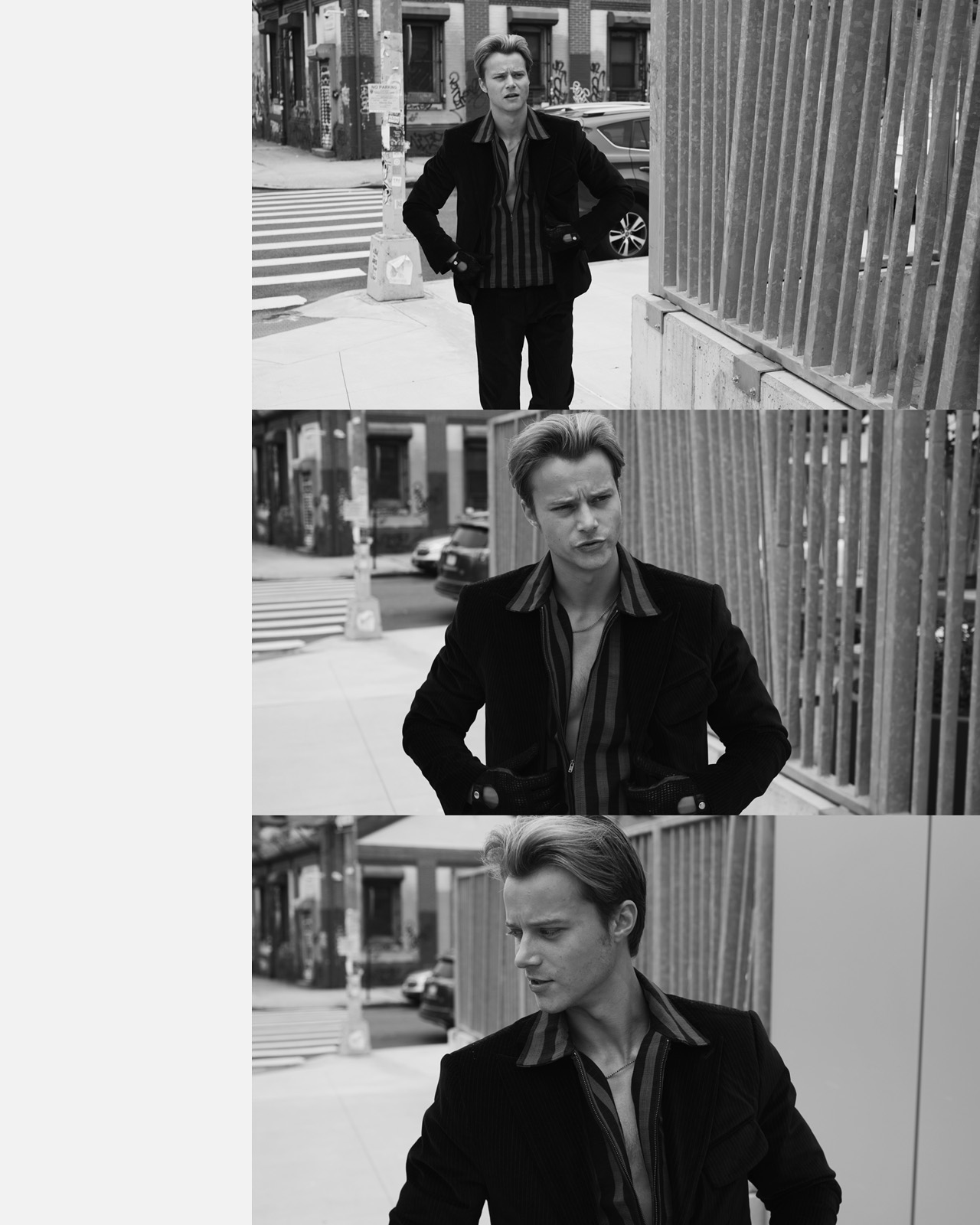 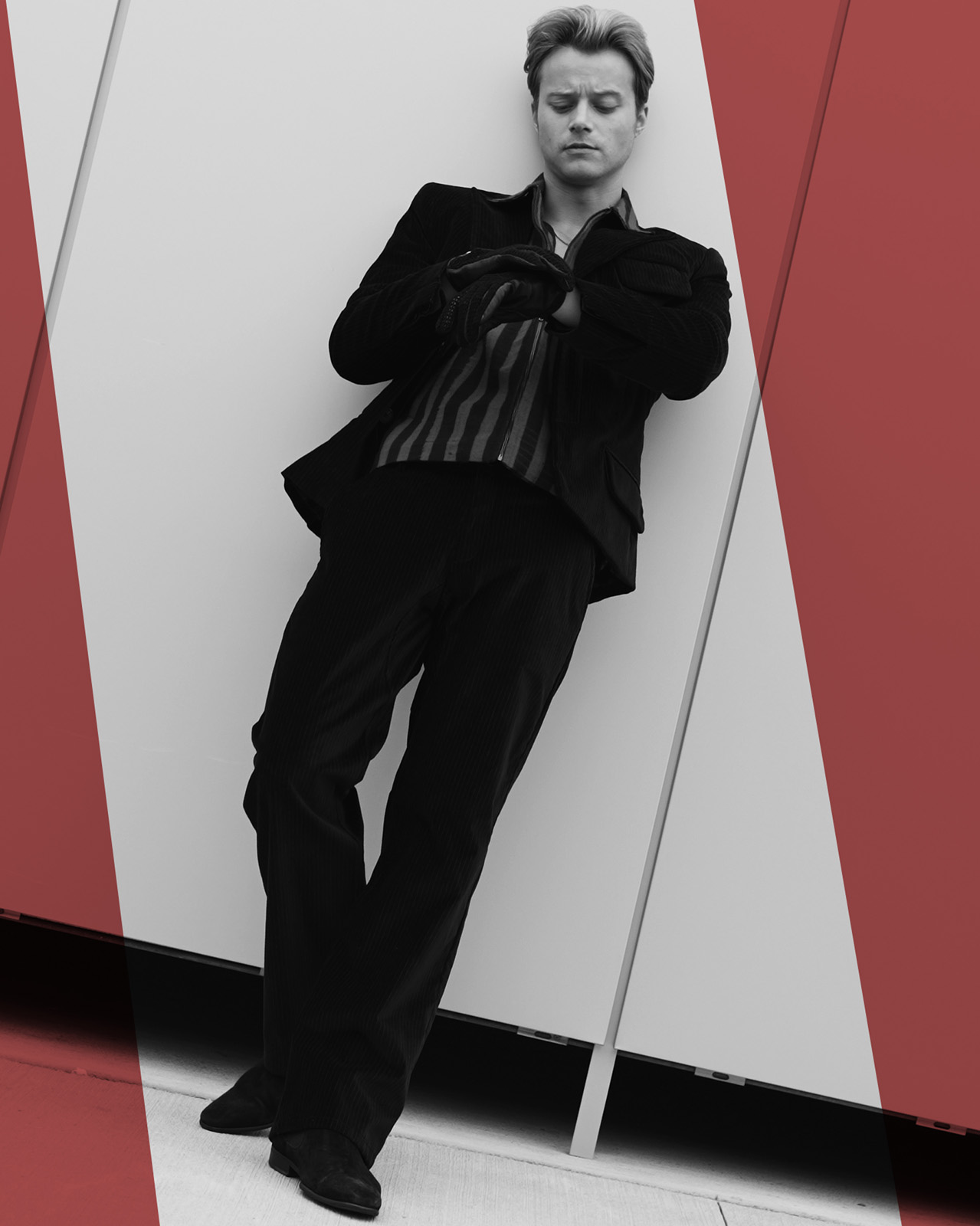 In Part 2 of Vertigo, Rudy and Yinan discuss Rudy's other projects and interests as well as going more in depth into the topic of acting.
Click here to continue. 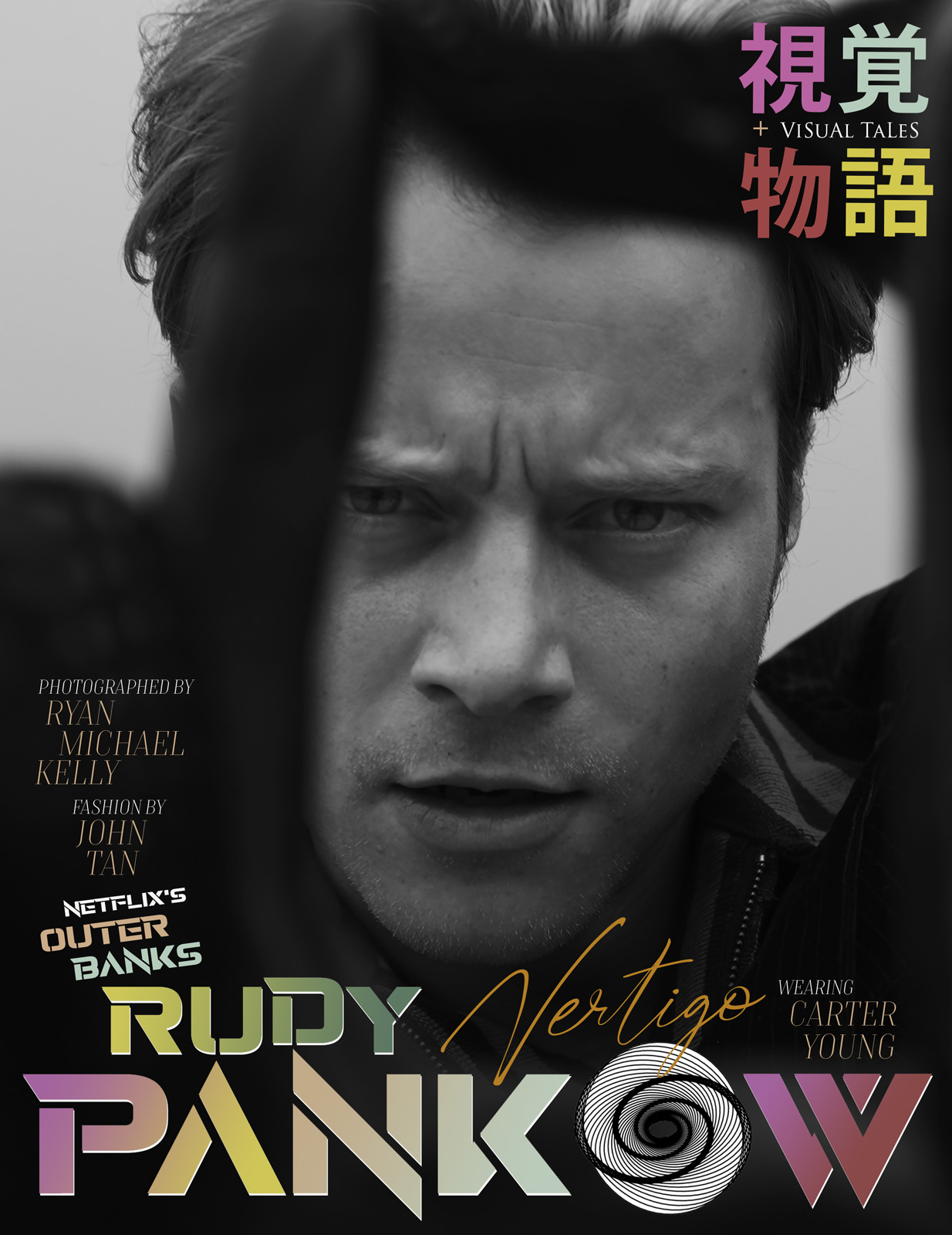